Back in December last year I reviewed the Canon Digital IXUS 65, a potentially great little 6MP pocket compact which was let down in the end by some unfortunate image quality issues. Only its exemplary build quality and performance saved it from a severe kicking, and it escaped with a lenient 5/10 overall. 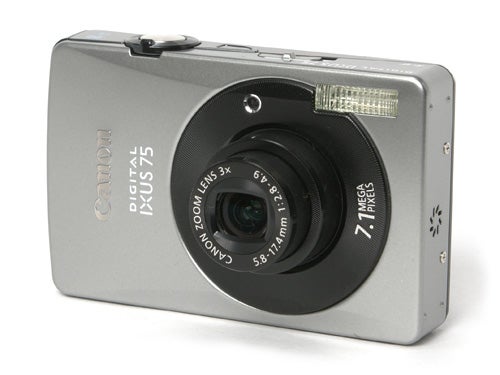 As I said in my review of the IXUS 900 Ti last week, I tend to hold Canon cameras to a slightly higher standard than most other manufacturers. Canon has a dominating share of the global digital camera market, with around 20 percent of compact cameras and a whopping 47 percent of DSLRs sold worldwide bearing the Canon name. If that position is to be deserved, then it needs to be based on quality products, rather than simply brand reputation.


With this in mind, this week I’m taking a look at the IXUS 75, the 7-megapixel replacement for the IXUS 65, launched in February this year. Like the 65, which it closely resembles, it is a high-spec ultra-compact, featuring an f/2.8 – 4.9 3x zoom lens with a focal length range equivalent to 35-105mm, a large 3-in LCD monitor and face detection focusing. It is ultra-compact in size, measuring 91.6 x 56.8 x 19.6mm and weighing 130g minus battery or card. It’s neither the smallest nor the lightest camera on the market, but it will still slip easily into a shirt pocket. 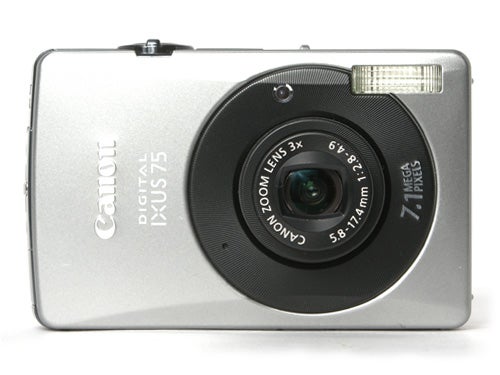 As with the IXUS 65, the 7-megapixel IXUS 75 is competing in the busiest sector of the market. There are a lot of 7MP ultra-compacts available from most of the leading brands, so the IXUS 75 is going to have to go some to stand out from the crowd. For starters it’s competing with Canon’s own gorgeous little IXUS 70, which is smaller, prettier and, at around £142 quite a bit cheaper. The IXUS series is a premium brand, so you expect to pay a little extra, but at around £190 the IXUS 75 is decidedly expensive. When it’s competing against cameras like the Casio EX-Z75 (£108), Pentax Optio M30 (£105), Olympus FE-230 (£112), Nikon S500 (£155) and Sony DSC-W80 (£175) it looks more than a bit overpriced. Only the Panasonic Lumix DMC-FX30 is more expensive at £234, but that camera does at least offer 3.6x zoom and 28mm wide-angle lens.

So how do you justify spending nearly £200 on a pocket compact, when you can get a good one for £90 less? How about build quality, usually a major Canon strong point? Well the IXUS 75 is beautifully designed, with an attractive two-part metal and plastic body, but it doesn’t have the solid rigidity of some of its IXUS brand-mates, or other recent cameras such as the Nikon S500. There are a few creaks from some of the hatches and panels when squeezed, and the plastic card/battery hatch feels particularly flimsy. The camera handles reasonably well, but the finish is quite slippery and the slightly sloping front panel gives nothing to grip. The token gesture of a tiny textured thumb grip area on the back doesn’t help much. The zoom control, which is as usual a rotary collar around the shutter button, is rather fiddly, especially when operating the camera one-handed. 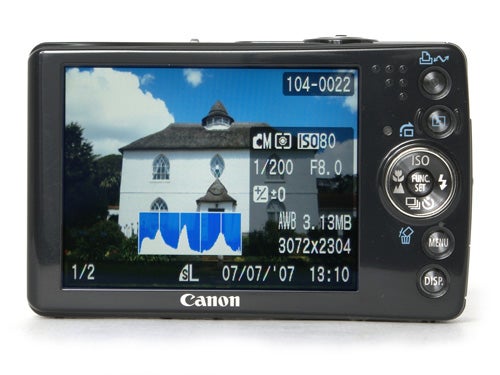 The other controls are also very small, thanks mainly to the space taken up by that big monitor screen on the compact body of the camera. The four small flush-mounted control buttons and the fiddly little round D-pad are squashed up against the right-hand edge of the body and are quite hard to operate, requiring a press with the edge of a fingernail. The three-inch LCD monitor itself is nice and sharp with 230,000 pixels, and is very bright with excellent contrast and colour. It has a good anti-glare finish, so it can be used in bright sunlight without a problem, but as I noted with the IXUS 900 Ti, it does mark easily and shows up finger marks more than most. Unlike many other models in the IXUS range, the 75 has no optical viewfinder. 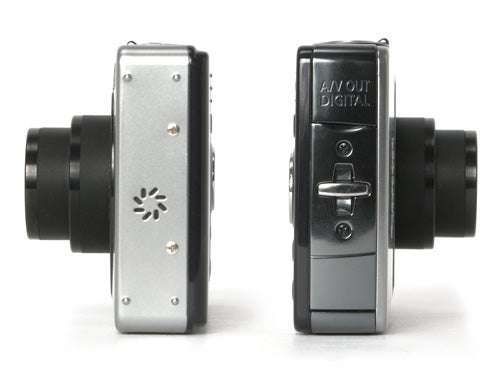 As for features, the IXUS 75 has pretty much what you’d expect from a point-and-shoot snapshot camera. On the top panel is a three-position slider switch to select between video mode, scene mode and program auto. The video mode is fairly standard, offering a maximum of 640 x 480 resolution at 30fps, with mono audio. As usual the zoom lens cannot be used while filming. Video is saved in Motion JPEG format, and a 1GB card provides just over eight minutes recording at maximum quality. Scene mode offers ten scene programs, with the usual selection of portrait, night portrait, kids & pets, snow, beach, fireworks etcetera. The only unusual settings are aquarium and underwater, for use with the optional underwater case. In the scene program mode options such as white balance, metering mode and colour adjustment are disabled. You can only access these in program auto mode, via the function menu. The range of adjustments available is much the same as on the other models in the IXUS range. Contrast, saturation, sharpness, colour balance and skin tone can all be manually adjusted, but only within very narrow parameters. There are also a number of presets for various colour effects.

As usual, it is overall performance that is the IXUS 75’s saving grace. It starts up very quickly in approximately one second, and shuts down again nearly as quickly. The AF system is exceptionally quick, one of the fastest on any compact camera (although check out the review of the Casio EX-Z75), and its low light performance is equally impressive, focusing almost as quickly in the dark thanks to a good AF assist light. It is worth pointing out however that the AiAF multi-point focusing system isn’t the most reliable in the world, and often focuses on the wrong subject, especially at close range. For more reliable focusing it is best to turn it off and use the centre-spot focusing instead. Face detection focusing is about as useful as such systems usually are; it will detect human faces in the frame as long as they are looking straight at the camera and the whole face is clearly visible and well lit. 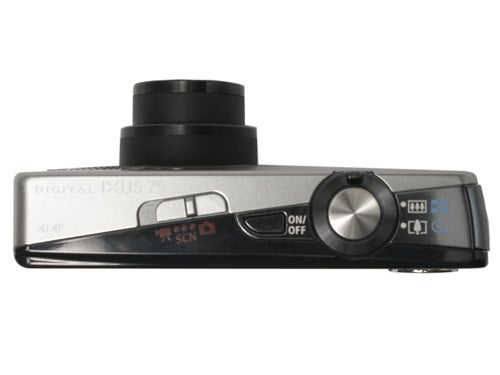 The shooting performance is also extremely impressive. In single shot mode it has a shot-to-shot time of approximately 1.5 seconds, and in continuous shooting mode it can maintain a brisk 1.7 frames per second until the card is full. With a 1GB card the will be 322 shots at maximum quality and resolution. The battery is surprisingly small at only 760mAh, and even Canon only claims 210 shots on a full charge, which is well below the average for this class of camera. 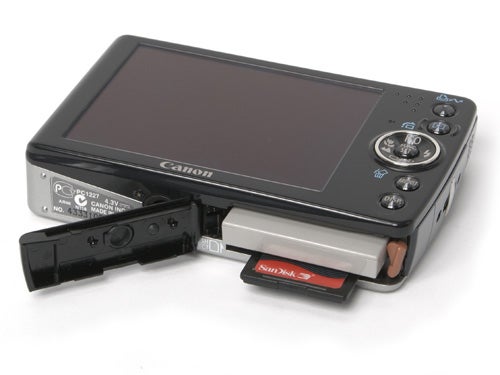 Unfortunately, as it was with the IXUS 65, the camera’s main downfall is its image quality. It has some good points, in particular the brilliant colour reproduction, reliably accurate metering, good dynamic range and the distortion-free quality of the lens especially at wide angle, but for some reason the final images simply lack fine detail when compared to similar shots from other 7MP compacts. Image compression artefacts are also visible, despite the average file size of 3MB, and there are also problems with image noise at ISO settings above 200, although to be fair it is no worse than most other similar compacts. However if I was paying £90 over the going rate for a camera I’d expect it to produce better than average results.

The verdict is virtually the same as for the IXUS 65. The Canon IXUS 75 had the potential to be the best pocket compact on the market, with ultra-quick performance, attractive styling and excellent optical quality, but image quality problems including lack of detail, compression artefacts and image noise are big handicaps, especially considering its high price compared to other similar cameras. 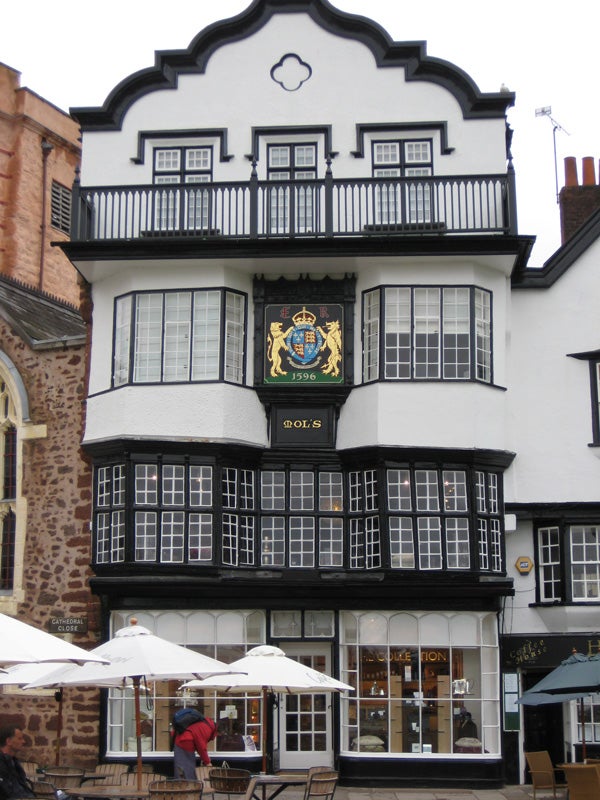 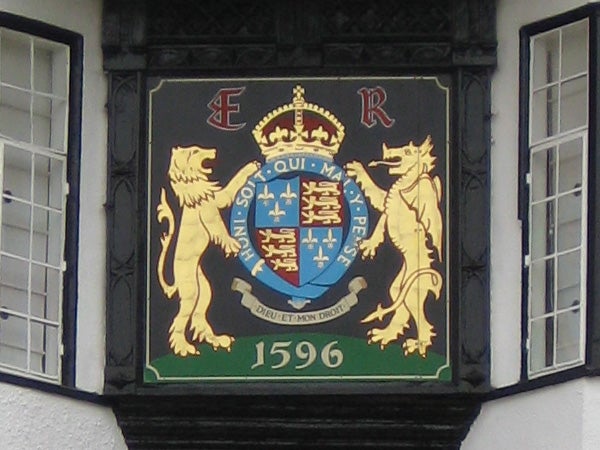 As is nearly always the case, image quality at 80 ISO is first rate, although there are a few compression artefacts visible. 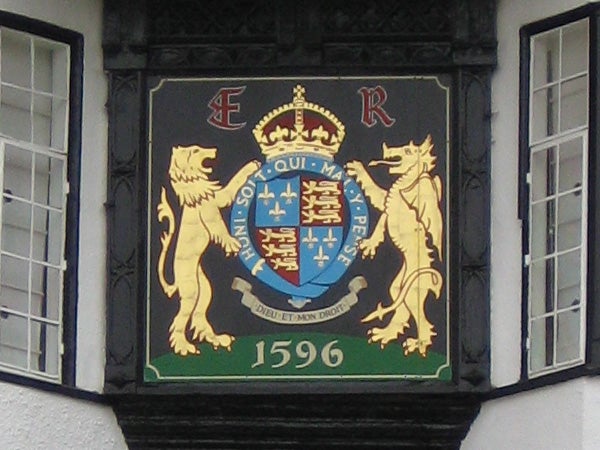 100 ISO and already there are some random red and green spots in the darker areas. 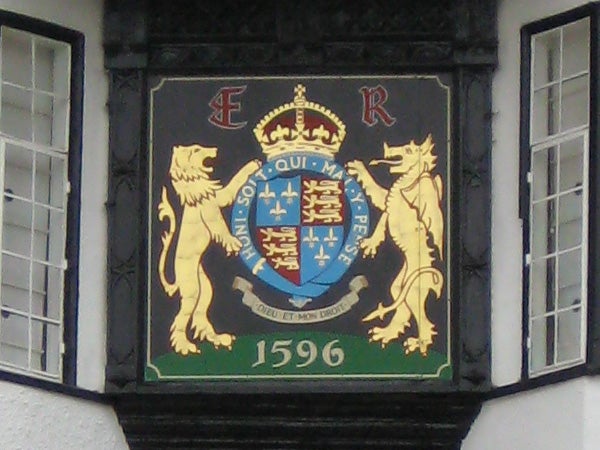 Not much worse at 200 ISO, but some extra shadow detail has been lost. 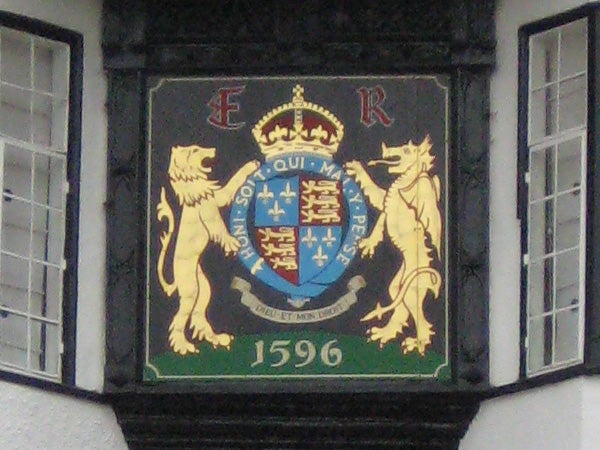 Noticeably worse at 400 ISO, with both luminance and chromatic noise right across the image. 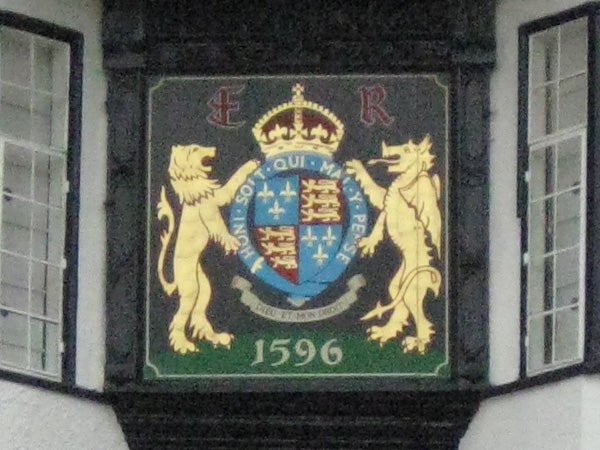 The image quality is worse still at 800 ISO. The small banner is barely readable. 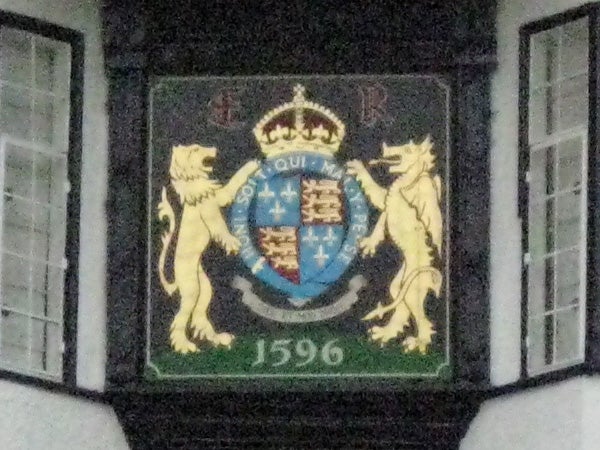 At 1600 ISO the image quality is very poor, and this setting should be avoided. To be fair, this performance is no worse than many other 7MP compacts, but this one is very expensive. 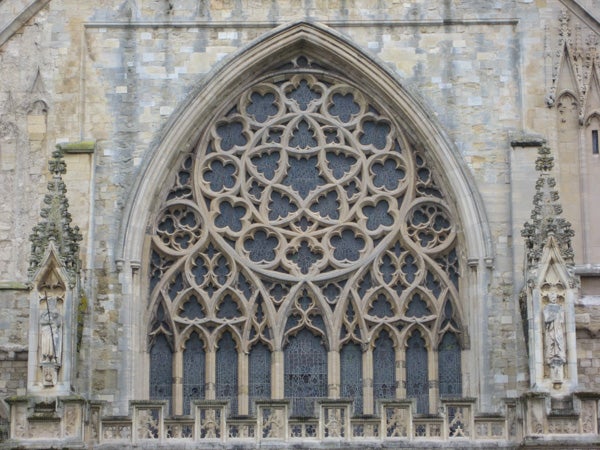 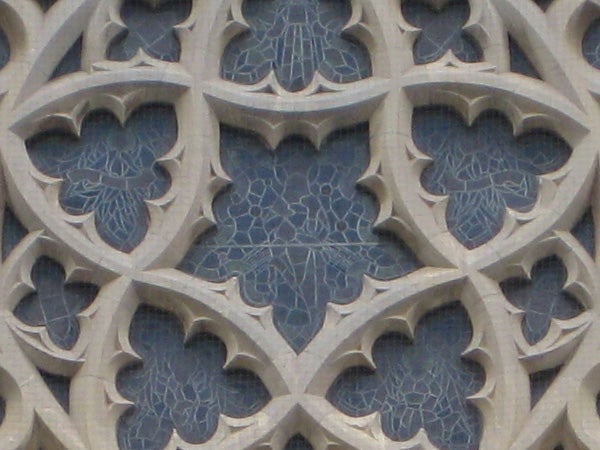 Compare this detail shot with the results from the Casio EX-Z75 or Nikon S500. The level of detail is much lower than I would have expected, especially considering the quality of the lens. There is very little fine detail, for instance the anti-bird net is barely visible. 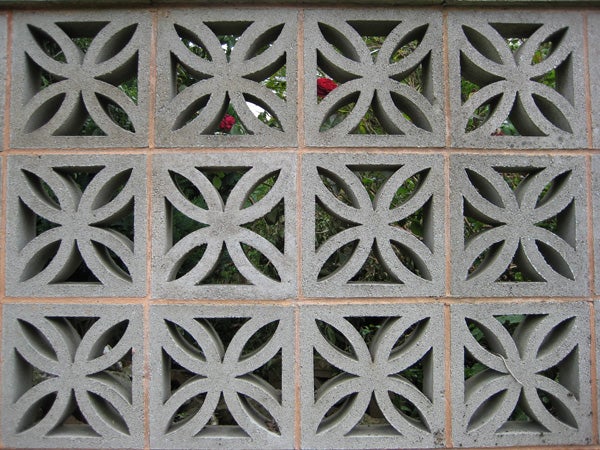 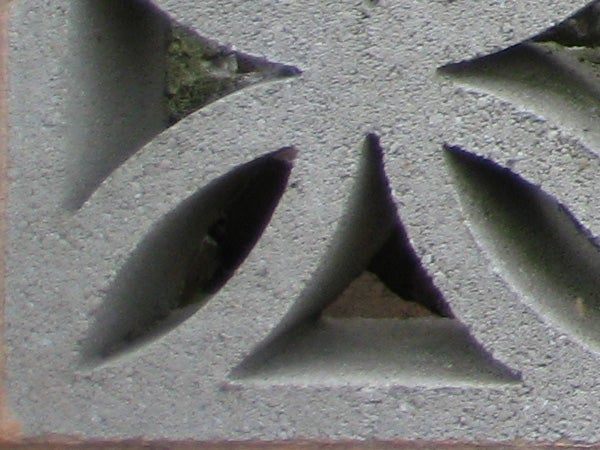 This is a corner crop from the above image at 100 percent magnification. The sharpness only fades in the furthest corner, although there is a little chromatic aberration visible. 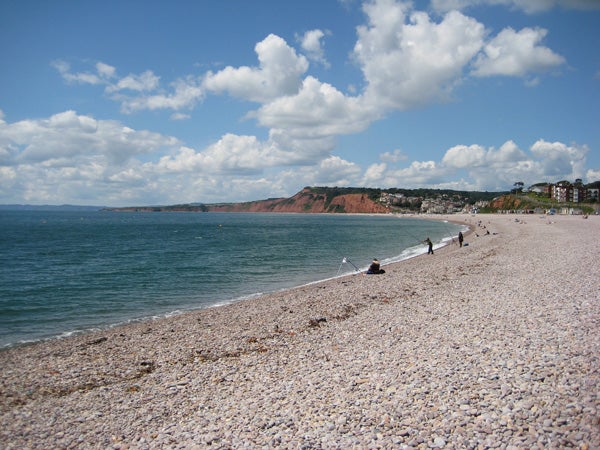 The wide-angle end of the zoom range is equivalent to 35mm, which is better than average but still not really wide enough for panoramic landscapes. 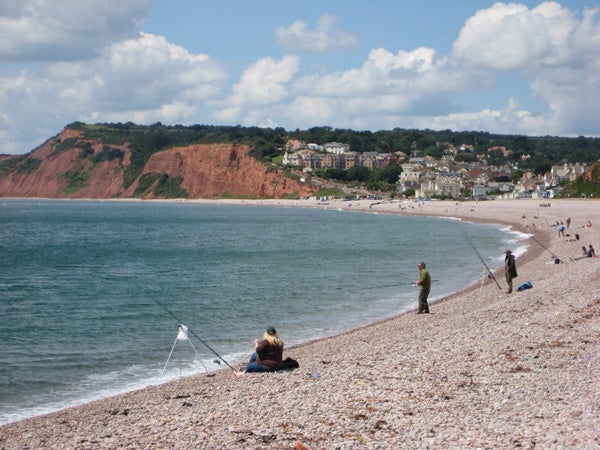 The telephoto end is equivalent to 105mm. This shot was taken from the same location as the one above. Any comments about fishing for whales will not be made by me. 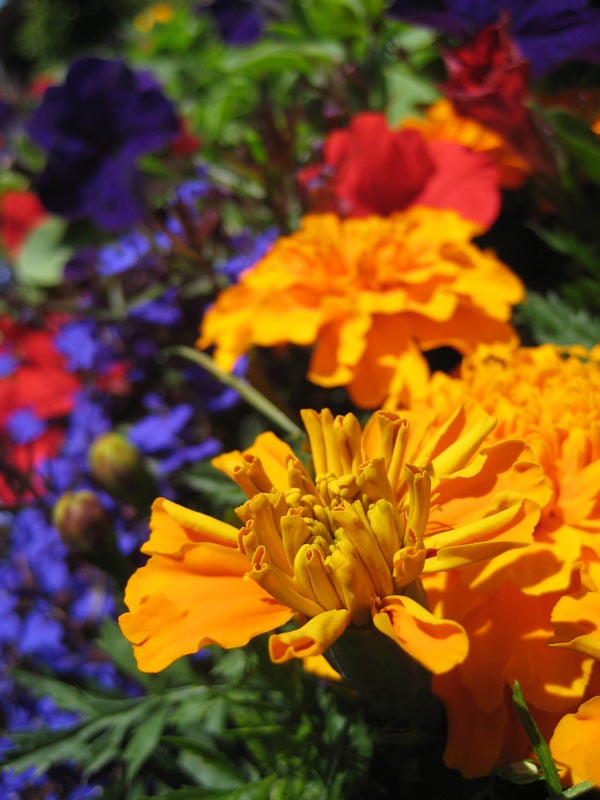 Macro range is 3cm, but for accurate close-range focusing it’s best to turn of the AiAF. Amazing colour reproduction though. 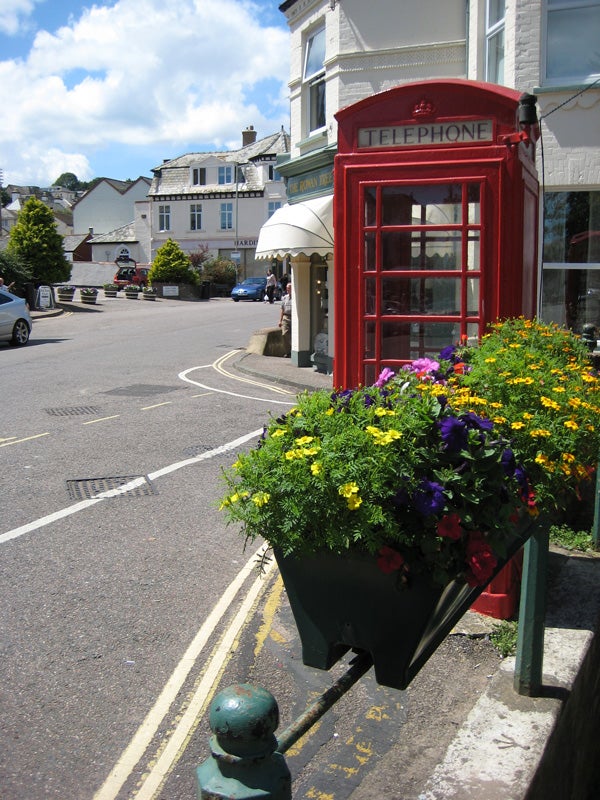 The exposure system has no problem coping with bright highlights and shadow detail.