What is the Cambridge Audio Yoyo S?

The Cambridge Audio Yoyo S is a Bluetooth wireless speaker. It’s mid-sized and mid-priced, but has a pure woollen Marton Mills cover to give it a different, perhaps classier, feel than most Bluetooth speakers.

This is a solid speaker that’s worth buying if you like its grown-up look. However, only-OK bass depth and a slightly soft mid-range mean it doesn’t get you a grand sound upgrade over smaller alternatives. 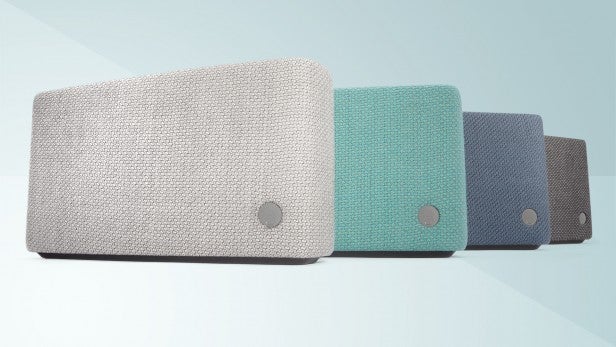 The Cambridge Audio Yoyo S is a speaker that seems made for portable use in and around the home. It’s small and light enough to carry around in one hand without feeling like it’s missing a carry handle. However, as someone who travels with maxed-out cabin baggage only when possible, I’d probably look for something smaller for holidays.

There’s plenty to choose from, too: the Bose SoundLink Mini 2, Jam Heavy Metal and Riva S are all significantly smaller.

If you’re after a speaker that won’t make it further than the local park, though, then there’s no real sacrifice to the Cambridge Audio Yoyo S’s larger size. It will also look better in your lounge than most sub-£200 Bluetooth speakers thanks to its Marton Mills “jumper”. 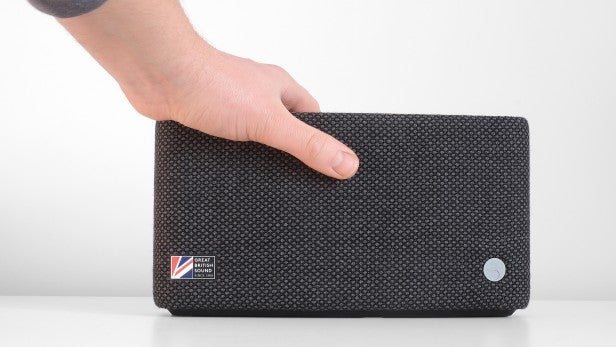 I’d never heard of Marton Mills before, but it’s a legit British weaver of tweed and tartan wool fabrics. Whether it’s better than the water-resistant nylon weave that Ultimate Ears uses, or the tough metal grilles of a Bose SoundLink Mini, is up to you – but it will certainly look more at home on an occasional side table than most portable speakers.

The wool also gives the Cambridge Audio Yoyo S a pleasant-to-hold, scratchy-soft finish. It feels like wool, in other words.

The rest of the speaker is more conventional, with a rubbery material up top and plastic on the bottom. It’s a plastic speaker with a fancy cloak. But the wool defines the look. The Cambridge Audio Yoyo S comes in four fabric colours: green, dark grey, light grey and blue. 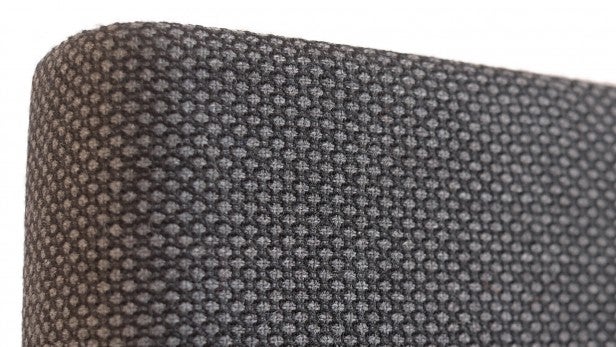 This is a relatively simple wireless speaker, one with Bluetooth rather than Wi-Fi, but there are quite a lot of periphery features for those willing to investigate.

First, there’s NFC for pairing with most Android phones, there’s an integrated microphone to let the Cambridge Audio Yoyo S act as a speakerphone, and a USB on the bottom. Plug your phone cable into this and you can charge your mobile using the Yoyo’s battery. 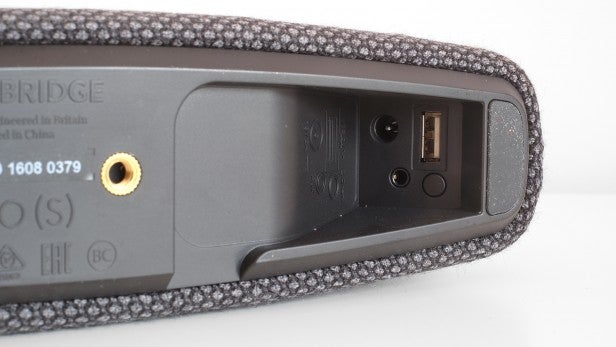 Resist using this and you can expect the Cambridge Audio Yoyo S to last for up to 14 hours. Since I’ve been using the speaker at fairly high volumes a lot of the time, I’ve found stamina to fall a little short of this, but that’s to be expected.

The extra features I’ve used quite regularly are the gesture controls of the Cambridge Audio Yoyo S’s top plate. As well as having buttons for the usual volume and power controls, swipes across the top can be used to change tracks. 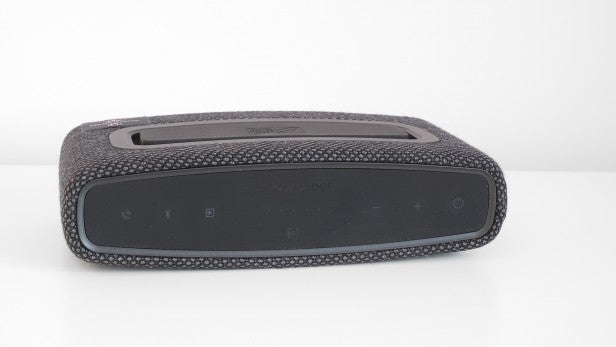 The Cambridge Audio Yoyo S makes full use of its size, with three active drivers rather than the bog-standard two. There are smaller full-range units to the left and right sides of the front and a larger bass driver in the middle. This bass unit then powers the large bass radiator on the back, which is the giant rectangle in the middle of all that wool.

Typical of Cambridge Audio, the sound is a picture of moderation. The treble isn’t sharp, and the bass isn’t bloated. While I haven’t heard a great improvement in tone compared to some smaller units at mid-level volume, larger drivers mean the Cambridge Audio Yoyo S doesn’t have to compress the signal much to avoid driver distortion at higher volumes. You’ll hear quite a lot of this in most speakers with dinky little 1- or 2-inch drivers. 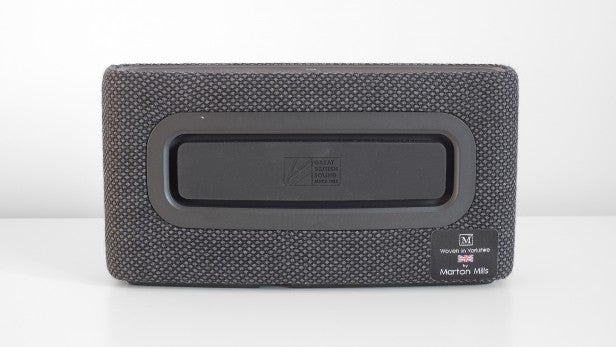 What the Cambridge Audio Yoyo S isn’t quite so adept at is promoting its mid-range. It sounds a little soft, lacking the obvious texture and definition that could have made this one of the best-sounding speakers at the price. Central vocals tend to sit in the mix too much, with sound delivered a little too much as a solid block.

Listening to it next to the smaller Riva S, the Yoyo S has less spatial coherence, putting less “air” between the instruments.

And, perhaps surprisingly, it also has slightly less impressive-sounding bass. It isn’t inflated like that of the Bose SoundLink Mini, but I was hoping to get a little extra kick-drum force from a speaker almost twice the size.

Getting a little more scientific, the Yoyo S doesn’t seem to output much of anything below 60Hz, where the Riva S can create sound in the 50-60Hz range despite lacking a larger bass driver. The Yoyo S also lacks side-firing drivers or the level of psychoacoustic processing that Bose uses, which makes a speaker sound much wider or larger than it is.

It certainly isn’t a bad-sounding block, but seems about right for its size and price rather than blowing you away with the scale of its sound. However, as noted earlier, it doesn’t sound strained at higher volume like some in this class. 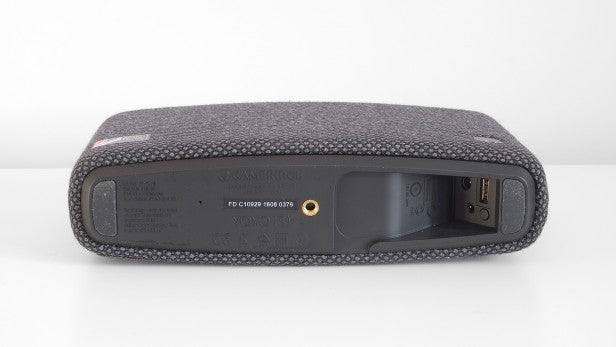 Should I buy the Cambridge Audio Yoyo S?

The Cambridge Audio Yoyo S is a wireless speaker that’s good at blending in. Its wool jacket is more tasteful than most, and the sound won’t offend any ears.

It’s a bit larger than some of the most popular speakers at the price, but as such it can almost max out its volume with little sign of strain.

Some speakers in this class are a little more fun, though, with bass depth a little conservative given its size, plus the mids could be better-defined too.

A good wireless speaker, particularly if you appreciate its wool finish.