What is the Cambridge Audio TV2?

The shocking audio quality of skinny flatpanel TVs has led to a boom in sound systems that boost the bass and volume levels without taking up loads of space in the living room. An increasingly popular type is the soundbase, which is like a soundbar except that you can place your TV on top of it, meaning it can be bigger than a soundbar and so offer sonics that benefit from that extra cabinet size.

The TV2 is Cambridge Audio’s latest soundbase and the successor to the impressive Minx TV. It’s one of two new soundbases in the company’s range – the other is the larger TV5 with an extra subwoofer, which costs around £80 more and caters for larger TVs.

Let’s face it, soundbases aren’t the prettiest products to look at, but the TV2 hits new levels of dullness. It’s a basic matte-black box measuring 550mm wide by 100mm high, with a removable cloth grille on the front and a single LED shining through it. On the plus side, this understated design allows it to blend seamlessly with any black TV, and it certainly won’t draw your attention from the screen.

Thankfully, build quality is excellent too. The cabinet is incredibly robust, sending back a solid thud when you tap the top panel, and can support TVs up to 30kg in weight. If you are placing a TV on top, make sure its stand is no bigger than 550mm wide by 300mm deep – it’s too small for our 55-inch Samsung set. We don’t recommend putting it in front of your TV as it’ll probably block the IR receiver, but you can slot it into a TV stand shelf.

Pull off the front grille and you’ll uncover volume controls and a button to activate the learning remote function (with some helpful instructions).

On the back you’ll find a sparse line-up of sockets, including a single optical digital input, analogue stereo input and a 3.5mm minijack input for portable devices. There’s also built-in Bluetooth with aptX, which enables easy, high-quality music streaming from phones, tablets and other devices. It remembers up to eight devices so you don’t have to keep pairing them.

This selection should suffice if you simply want to connect your TV to the optical input and let the TV2 play whatever’s on screen. However, the lack of HDMI inputs means you can’t use the TV2 as a switcher for your hi-def sources – check out the Sony HT-XT1 or Roth Neo 6.2 SoundCore if you need multiple HDMI inputs. A second optical input would have been nice, but it’s churlish to complain at this price. 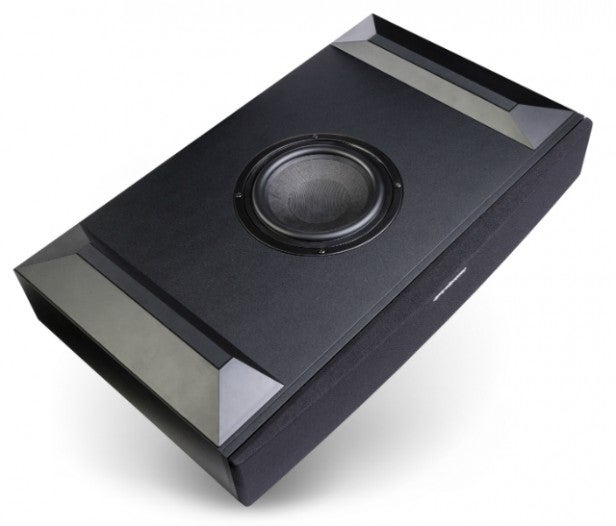 It’s also equipped with advanced DSP technology with four different EQ profiles – Voice (which lends extra clarity to dialogue), TV, Music and Film. Elsewhere the Auto Power Down and Up modes turn the power off if nothing plays for several seconds, but turns it back on when it detects a signal.

Most soundbase remotes feel like an afterthought, but that’s not the case with the TV2’s well-made zapper. Its slim shape sits comfortably in the palm and the tidy array of rubber buttons covers all bases.

The sound modes are clearly marked and the volume keys are helpfully separated from the other controls. AUX, OPT and Bluetooth buttons make it easy to switch between sources too. If you’d rather continue using your TV or Sky remote to change volume, then the IR learning function makes it possible.

Normally we find the lack of a text-based readout annoying, but the TV2’s simple functionality means it’s not necessary and probably unlikely at this price anyway. The LED glows different colours for each input and blinks when you change volume.

We praised the Minx TV for its weighty, room-filling sound – all courtesy of those impressive BMR drivers – and the TV2 continues in the same vein. This makes all the difference when watching the raucous action in Godzilla, as it brings a sense of scale that you simply don’t expect from a box sitting under the TV.

Skip to the bit when a tidal wave ravages Oahu and TV2 handles the action with terrific power and intensity. A deep rumble radiates from the unit as the water approaches, peppered by smaller thuds as cars get swept along by the water.

When the action reaches the airport and we meet Godzilla for the first time, his foot pounds the floor with a well-controlled thump and his roar is loud and fulsome.

The down-firing sub kicks in quickly and integrates well, resulting in a generally quick and well-balanced sound. It could be a little tighter but for £200 we’re not complaining.

TV2 also makes mids and highs sound forceful and lively without much evidence of hardness – provided you’ve run it in for long enough. Machine guns rattle without making you wince and colliding metal is full-bodied and realistic. Dialogue is also clearly reproduced, ensuring that you don’t miss a word even in the midst of a frantic action scene.

The TV2 picks out plenty of detail too, allowing you to hear subtle nuances like rustling footsteps on the floor and background chatter. It can’t compete with the greater poise and finesse of the Canton DM50, but at twice the price we wouldn’t expect it to.

We played around with the EQ settings and funnily enough we found the ‘Film’ setting best for movies, offering richer bass and a fuller soundstage, but the Music setting has a better overall balance. The Voice setting is best reserved for TV use.

Bluetooth-streamed music sounds crisp and clear, but the most enjoyable aspect is how the TV2’s BMR drivers make tunes fill the room. We turned up the volume and every track that came on sounded rich and immersive, with fat punchy basslines and prominent vocals. Audiophile it ain’t, but everyday listening it’s a highly enjoyable sound.

Should I buy the Cambridge Audio TV2?

If you can get over its dull design and sparse connectivity, the TV2 is a terrific purchase at this price.

The speakers kick out a loud, spacious sound, laden with detail and clear dialogue. Movies boast a tremendous sense of scale and the attacking tone guarantees excitement. Other soundbars offer greater finesse and tighter bass, but at this price you’ll be hard pressed to find many better-sounding bases.

A great-value soundbase that delivers a big, room-filling sound with movies and music – just don’t expect to be wowed by the design or connections.