What is the Cambridge Audio Minx Air 200?

The Cambridge Audio Minx Air 200 is a fairly large wireless speaker that offers both Wi-Fi and Bluetooth streaming. It’ll hook up to iPhones and iPads using AirPlay and will play with Android phones and tablets using Bluetooth or a wired connection.

At £430, the Minx Air 200 doesn’t come cheap and we have a few issues with the way it works. But it looks and sounds the part.

The Minx Air 200 is the largest in Cambridge Audio’s range of wireless speakers. It’s a real departure for the brand too, which usually produces hi-fi separates and home cinema speakers. When both of those aren’t exactly the most booming of industries, it’s no surprise Cambridge Audio has had to move onto something new.

At 35cm wide, the Minx Air 200 is a fairly big speaker. Although it has a carry handle on its back, it’s designed to stay indoors. There’s no internal battery for a start, and while it feels well-made, it is not rugged. 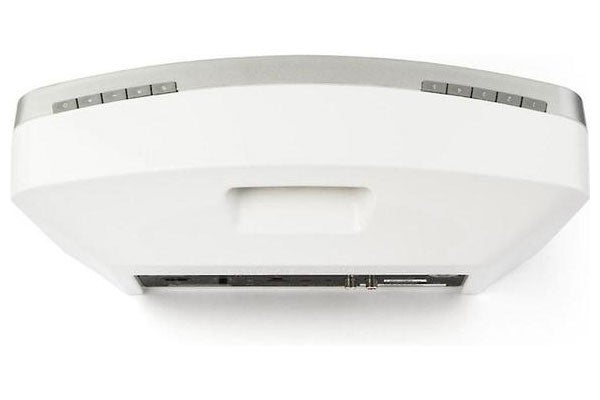 The Cambridge Audio Minx Air 200’s front is covered by a lightly curved grey fabric grille, which is likely to get ripped if you go off-road with the thing. It’s perfectly suited to indoors use, though, with a thick rubber layer across its entire bottom protecting it from scratches and accidental nudges.

The rest of the body is plastic – including the silvery front strip that’s meant to look like metal. It doesn’t look like it’s out to impress visually – and it doesn’t really – but it’s an inoffensive presence. And hopefully this means Cambridge Audio has put most of the budget into sound and features.

The list of features supports this idea too. You get Wi-Fi and Bluetooth for streaming, with support for Apple AirPlay too.

This means the Cambridge Audio Minx Air 200 can connect to virtually any phone, tablet or computer. Older non-wireless MP3 players and devices aren’t left out either. On its rear are stereo phono (pure old-school Cambridge Audio) and 3.5mm jack inputs. Almost anything can hook up to this box. 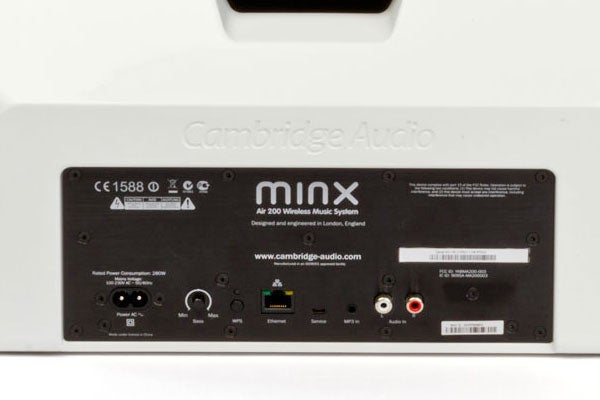 The setup procedure isn’t the most streamlined, though. The most elegant Wi-Fi speakers pipe-out their own Wi-Fi hotspots, letting you simply connect to them with a phone or tablet and then ‘share’ your home Wi-Fi’s login info with them with a press of a button. Here you have to use WPS, which involves going into the browser of a computer or phone, entering an IP address and then manually entering your router’s passcode.

It only takes a minute, and it – unusually – worked first time in this case. But it’s sure to terrify real technophobes.

The interaction between the Cambridge Audio Minx Air 200’s Bluetooth and Wi-Fi channels is a little inelegant too. Rather than just being able to flick between the two by overriding one with the other using a phone/tablet, you have to ‘tell’ the Minx Air 200 to engage Bluetooth first by pressing a button on the speaker’s top or a virtual button within the dedicated MInx iOS/Android app.

The app is the second – and probably most serious – of the Cambridge Audio Minx Air 200’s issues. It’s just not very good.

It hangs on occasion, has a counter-intuitive user interface and its features vary a fair bit between the iOS and Android versions. This quality issue wouldn’t matter so much if the app wasn’t crucial to one of the Cambridge Audio Minx Air 200’s neatest features.

On its top panel are five buttons used as direct shortcuts to internet radio stations. It’s these you have to manually pick with the Minx app. However, like the Wi-Fi setup issue, it’s a minor and passing thing if you’re used to dealing with these kind of common tech annoyances. 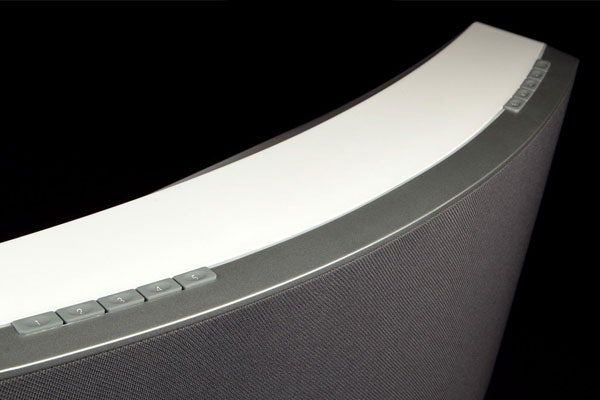 The direct radio buttons are a wonderful extra too. Step into your house from a hard day’s work and you can start playing Radio 4 or BBC 6 Music without having to think about touching your phone.

Like the Minx Air 100, the Minx Air 200 makes use of Cambridge’s patented BMR driver tech. In the lower-end Air 100 model, BMR drivers were responsible for the whole of the sound, but here a pair of smaller BMRs is matched with a large 6.25-inch bass driver.

First, though, a little more on BMRs. BMR stands for balanced modal radiator, which doesn’t mean a lot most people. They are fully-flat drivers that don’t need a large speaker enclosure to perform. Cambridge Audio also uses them in its Minx home cinema satellite speakers.

They are also designed to give wide sound dispersal than a traditional cone driver, and with less sound variance depending on where you are in the room – which sounds perfect for a speaker dock that has no hope of matching a pair of old-school bookshelf speakers for stereo separation.

Where we found the BMR-only Minx AIr 100 a little lacking sonically, the Cambridge Audio Minx Air 200 is a worthy hi-fi replacement. Pairing a large traditional driver with a pair of BMRs offers those BMR benefits while dealing with the dynamic range issues that come with the BMR territory.

Clarity is great, tonal balance is a strong as we expect of a brand with Cambridge Audio’s hi-fi heritage and bass depth is excellent. Hardly any ‘lifetyle’ speakers that have a bass driver as big as the Cambridge Audio Minx Air 200’s resist over-egging the low-end, but this one does.

You also get control over the bass response, as there’s a bass dial on the back. This effectively changes the level of the large 6.5-inch subwoofer driver.

It’s testament to Cambridge Audio’s tasteful tuning of the Minx Air 200 that we like the sound when it’s maxed-out as well as at the ‘normal’ mid level. Bass depth is excellent, and it hardly ever threatens to smother the rest of the sound.

The bass dial effectively gives you a ‘party mode’ a norma listening mode and a ‘pipe down, your mother’s trying to sleep’ mode. The latter’s not a great deal of fun, but necessary at times.

There are a few relatively minor issues, though. The Cambridge Audio Minx Air 200 doesn’t quite have the mid-range separation of a top-notch speaker with a cone and tweeter combo. And when the bass dial is maxed out and the volume set to 60 per cent or more, tracks with lots of low- and sub-bass can make the rear bass port sound like a novice trying to play a woodwind instrument.

A 6.25-inch driver can create a whole lot of air movement, and a single, fairly small, port isn’t quite up to the task of getting rid of it at times. However, it’s not a major problem and doesn’t cause particularly significant distortion.

Should I buy the Cambridge Audio Minx Air 200?

After the slightly disappointing Minx Air 100, we were pleased with the results of its bigger brother. It may cost a bit and won’t make your lounge look particularly stylish, but it does have sound that’s powerful and high-quality enough to act as a main hi-fi.

Having both Wi-Fi and Bluetooth to play with is also a huge bonus, making the Minx Air 200 a good deal more flexible than some rivals.

It’s not as striking as the B&W Zeppelin Air, but performs at the same level.

The Cambridge Audio Minx Air 200 is a great wireless speaker with AirPlay and Bluetooth that’s only let down by a slightly fiddly interface and setup process.