The traditional iPod dock is dying. Apple has mandated that wireless is the way forward, and following the disruptive introduction of the iPhone 5’s Lightning port, accessory makers seems to have mostly followed the way of Apple. Much as we may miss docking our devices, it makes it all the simpler for speakers like the Cambridge Audio Minx Air 100 to become almost entirely device-agnostic. It’ll work with iPhones, Androids and PCs alike. In most respects, it’s a fantastic little box, but it’s not one for audio purists. 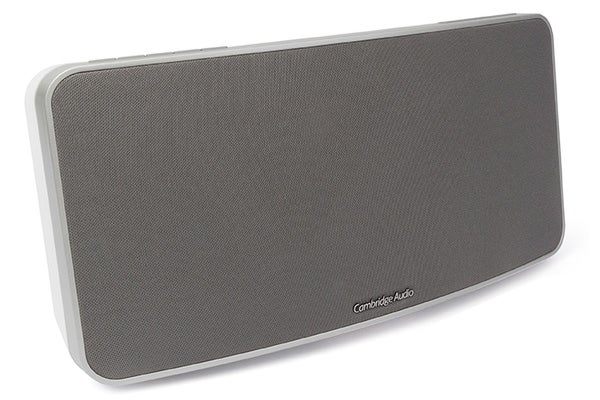 For a lifestyle audio product, design doesn’t get a good deal better than the Cambridge Audio Minx Air 100. It has a slim profile that lets it disappear into work surfaces, has a sturdy rubber base to avoid tumbles and looks reasonably good to boot. However, Cambridge Audio has gone for a plain look in the Minx 100. It’s as unassuming box, not an attention-grabbing one.

Although resolutely non-portable in the sense that it does not have an internal battery, the Cambridge Audio Minx Air 100 is easy to move between rooms. The bass port on its rear doubles as a carry handle – a pretty comfortable one too. 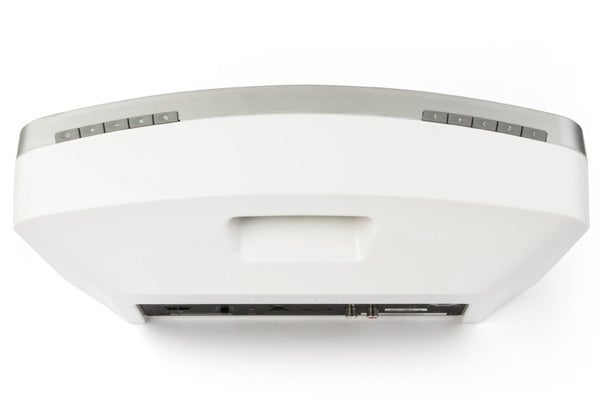 Build quality is excellent, giving you confidence that the Minx Air 100 can be moved around regularly without falling apart. The front of the unit is covered by a single fabric grille, and the edges are given some protection by a thick band of aluminium-effect plastic that snakes around the front of the box. The rear is a single piece of thick moulded plastic.

With a good deal of heft to the Minx Air 100 and rock-solid construction, it immediately introduces itself as a top-quality gadget.

It’s primarily a wireless audio streamer, but on the rear of the Minx Air 100 you’ll also find some wired connections, in the form of a 3.5mm input and a phono pair input. These will come in especially handy if you have a non-wireless audio player such as an iPod Classic. 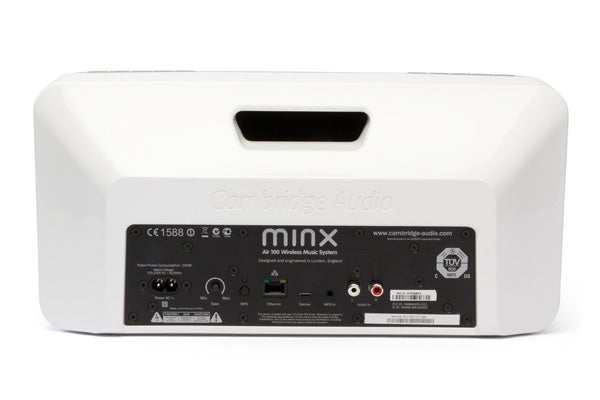 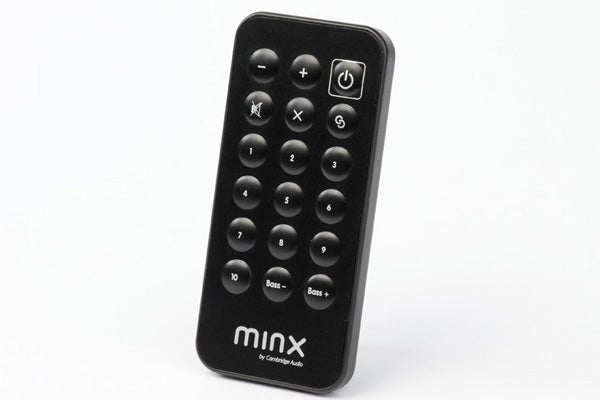 The Minx Air 100 also merges multiple kinds of wireless streaming. It offers integrated Wi-Fi for streaming over AirPlay from iPhones and iTunes, and Bluetooth for streaming from hundreds of other devices.

As with any relatively dumb Wi-Fi device, the setup process may alienate the more technophobic. Pressing a WPS button on the  Minx Air 100’s rear makes the speaker create its own Wi-Fi network. Connect to this with a computer and you can “teach” the Minx the security key of your wireless network. After this, you’re done.

You can switch between taking audio from AirPlay, Bluetooth and an analogue input using a rubber X button on the top of the unit. Other buttons located here also give you control over volume, power and – most interesting of all – internet radio.

There’s no internet radio interface on the Cambridge Audio Minx Air 100 itself – no screen and only basic control buttons. However, using the free MinxAir iPhone and Android app, you can map internet radio stations directly to five dedicated rubber buttons on the top plate of the speaker. You don’t need any other device to stream radio to the box after this. It is a little work of genius.

The match of AirPlay and Bluetooth mean you can easily stream from apps other than Cambridge Audio’s own too. These include the likes of Spotify, your phone’s integrated music player and just about any other music app source will work here.

However, you still can’t really use the Cambridge Audio Minx Air 100 as a radio alarm clock – or any other sort of alarm – so it’s not much use as a bedside radio. However, as a second stereo, a kitchen radio or a music box for the study, it’ll fit in perfectly.

The Minx Air 100 embraces its small size. It knows that it won’t be able to create a proper stereo image when it’s only about 30cm long.

Instead of trying to recreate stereo, it prioritises wide dispersal of sound, using BMR drivers. BMR stands for balanced modal radiator, and is a type of driver that fires out sound in a much wider arc than a traditional cone driver – almost 180 degrees.

The Minx Air 100 has two of these BMR drivers at 10cm diameter apiece. They are Cambridge Audio’s own design too, so you won’t see them bunged into dozens of other docks.

What the BMR drivers remove is the “sweet spot”. Virtually wherever you are in the room, the Minx Air 100 will relay all the information in the stereo signal, even if it is smushed together in more-or-less mono fashion. The term mono may sound desperately negative in this context, but it’s the right strategy to take in a small speaker like this. 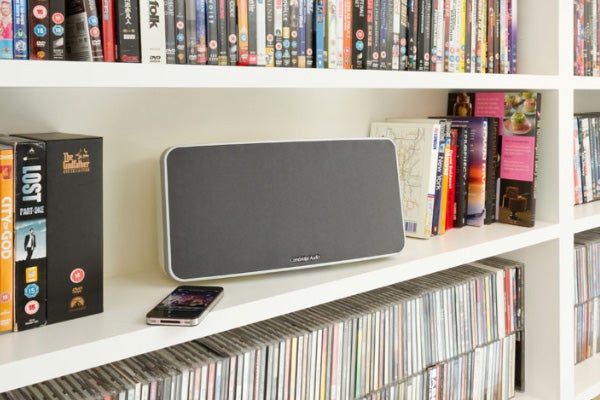 The other impressive sonic characteristic is the amount of bass the Minx Air 100 can create for its size. It doesn’t have a dedicated bass driver as such, just the two 10cm BMR speakers and a bass port that directs low-end air output out the back of the box. There’s a neat physical bass dial on the backplate of the Minx, and while we found it sounded best when positioned at mid-level, it can really push out some serious air when cranked.

However, it’s not all positive. There’s a lack of mid-range and high-end fidelity, which we’d expect to hear some of at the price. Vocals sound unnaturally pushed forward thanks to the missing mid-range coherence and you can certainly hear the lack of a decent tweeter driver in the treble.

Treble presence is fine, but there’s precious little finesse in its delivery. Matched with the unnatural or at least forced-sounding mids, the Cambridge Audio Minx Air 100 can end up sounding disappointingly crude for a speaker of its price. In some sonic respects, it’s outclassed by docks far, far cheaper – even if it does provide great power for its size.

The Cambridge Audio Minx Air 100 is a top-quality device in most respects. It boasts excellent build quality and enough well-implemented features to make it truly versatile, if not truly portable. However, we were a little disappointed by the performance of the BMR drivers. They can produce surprising bass volume, but they lack the fidelity and more natural tone of the best speaker docks at the price.