What is the Cambridge Audio CXUHD?

In fact, with Oppo recently calling time on its AV business, the CXUHD is arguably the only premium 4K Blu-ray game in town. So here’s hoping it lives up to its £699 price tag. 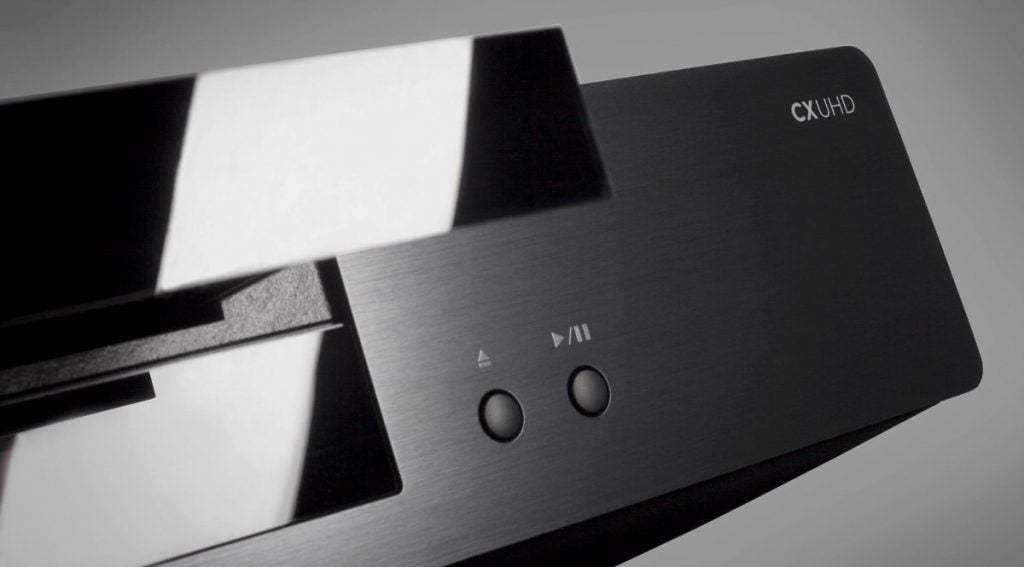 Although it isn’t as robustly metallic and heavy-duty as the soon-to-disappear £650 Oppo UDP-203, the Cambridge Audio CXUHD nevertheless looks and feels properly premium. It stands much higher and feels far meatier than your average ‘mainstream’ 4K Blu-ray deck. There’s clearly an abundance of metal in its construction, too.

Cambridge Audio has put plenty of its own DNA into the CXUHD, but it’s clearly built on the same hardware and software platform as Oppo’s popular players. As such, I had to ask Cambridge if it was affected by Oppo quitting the AV hardware business. A spokesperson assured me that the CXUHD can sell for at least another full year, and that it will continue to receive service and firmware support far beyond that.

While there are some hardware similarities between the Cambridge Audio CXUHD and Oppo’s 4K BD decks, its remote control is completely different – not in a good way, however. Its button layout is horrific, especially the way the key disc navigation buttons appear in a confusing concentric circle arrangement. The buttons are also too small, and badly labelled. As a result, despite being backlit, it was a struggle to use in a dark room. 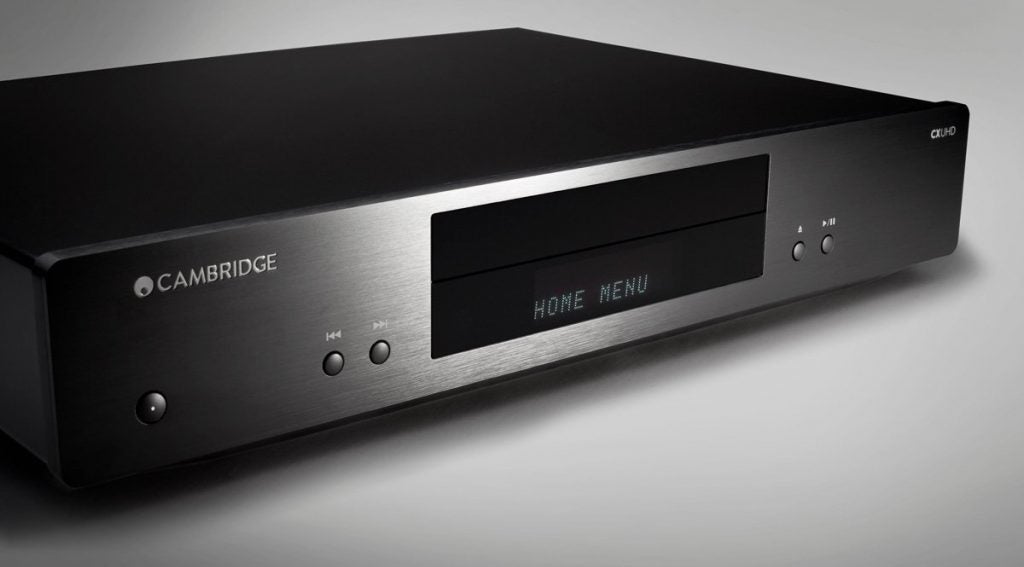 While the Cambridge Audio CXUHD shares many features with the Oppo 203, it does have at least a couple of key differences.

First, where you find analogue multi-channel audio outputs on the 203, there’s just a black metal cover on the CXUHD. This is fair enough given that the deck no longer contains any digital to analogue audio electronics.

This may seem a peculiar thing for Cambridge Audio to have done with a player that costs more than the Oppo 203. However, the brand is adamant there’s a performance reason for making this change. Cambridge Audio’s Tech Director Dominic Baker explains:

‘Removing the DACs, and all the high-speed clocks associated with them, brings a reduction in video noise and a more fluid image.’

The connections the CXUHD does carry include a pair of HDMI outputs (one for video, one for audio), and an HDMI Video input. This HDMI input allows you to run external sources through the CXUHD’s video processing.

There are also coaxial and optical digital audio outputs, and a couple of USB ports for multimedia playback. Custom installers will appreciate the RS-232C port and trigger input/output ports for integrating the deck into a home theatre control system. 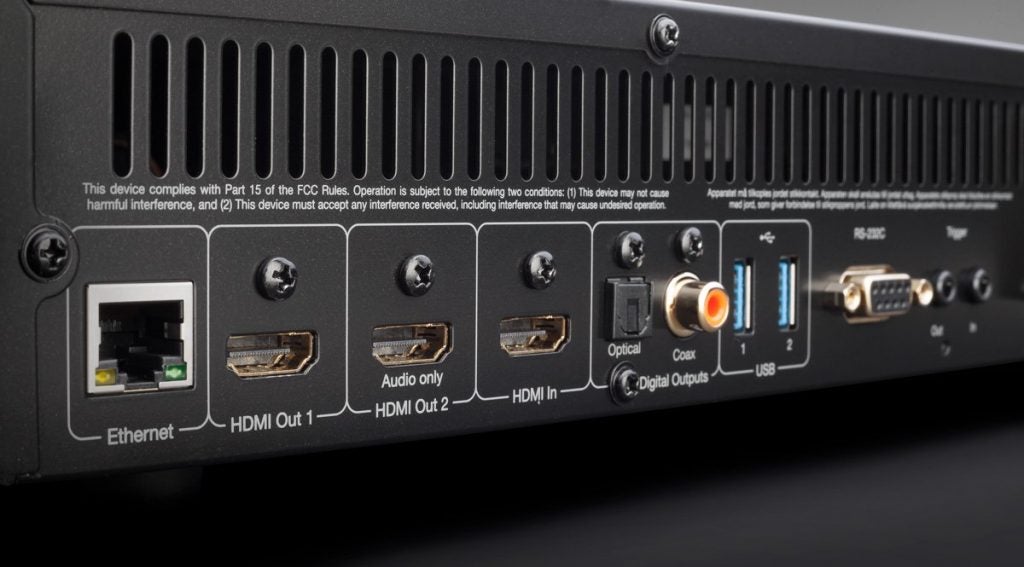 Another key area where the Cambridge Audio CXUHD differs from Oppo’s decks is in its approach to video. Cambridge Audio states that its deck has been ‘professionally calibrated to optimise the dynamic range between black and whites along with delivering natural colours and filmic fluidity.’

This may raise eyebrows in certain AV circles. After all, some AV purists will say that all a 4K Blu-ray player should do is output a pure, ‘untouched’ picture. The sort of purity Cambridge Audio claims to be pursuing by removing the CXUHD’s audio DACs.

Personally, I’ve been around long enough to believe that the ‘all I want is ones and zeroes’ approach to digital video can be over simplistic. That said, Cambridge appears to be claiming that its work makes the picture output more representative of what HDR is really doing. It isn’t merely about creating pictures that Cambridge’s engineers reckon look nice!

The CXUHD’s other main features are less controversial. Starting with its support for DVD-Audio and SACD discs – something it seems Panasonic’s upcoming UB820 and UB9000 premium 4K Blu-ray decks will not offer. 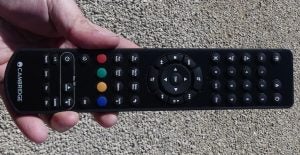 Thanks to the seemingly endless upgradability of its MediaTek chip, meanwhile, it’s already a formidable beast when it comes to multimedia file support. Among the playable options are Hi10P, HEVC, H.264, VP9 4K, JPEG, MP4, DivX, MKV, MP3, AVCHD and the high-quality FLAC and WAV formats. Format support may continue to expand, too, if Cambridge Audio keeps working with MediaTek to add new features now that Oppo has left the hardware market.

However, there are a couple of notable things the Cambridge Audio CXUHD does not do. First, there’s currently no talk of support for the new HDR10+ format. Designed to offer dynamic HDR performance without paying Dolby for Dolby Vision, the first HDR10+-encoded 4K Blu-rays are set to arrive later this year.

Second, like Oppo’s players (but unlike most mainstream decks), the CXUHD doesn’t carry any apps or ‘smart’ features. So there’s no Netflix or Amazon Video streaming, for instance. Then again, you’ll likely be using this player with a high-end 4K TV that already offers apps.

For the most part, the CXUHD is best used in its out of the box state. There are a couple of settings some users may want to tinker with, though.

First, make sure the audio is being output in the right format for your system. Next, check that the HDR output is set to Auto if you have a Dolby Vision-capable TV.

Finally, you might feel the urge to nudge the noise-reduction option up a point from its neutral ‘0’ start position.

Whatever your thoughts on the philosophical issues surrounding Cambridge Audio’s calibration of the CXUHD’s pictures, it has made a difference. Although whether or not you like that difference may be a matter of taste.

So, when comparing the same Deadpool 4K Blu-ray sequence side by side on the CXUHD and an Oppo 205, where bad guy Francis hands over a weapons shipment to a shifty type who’s just landed in a helicopter, the white tented area in the background looks a touch brighter on the CXUHD, while the blackness of the helicopter looks a touch deeper. 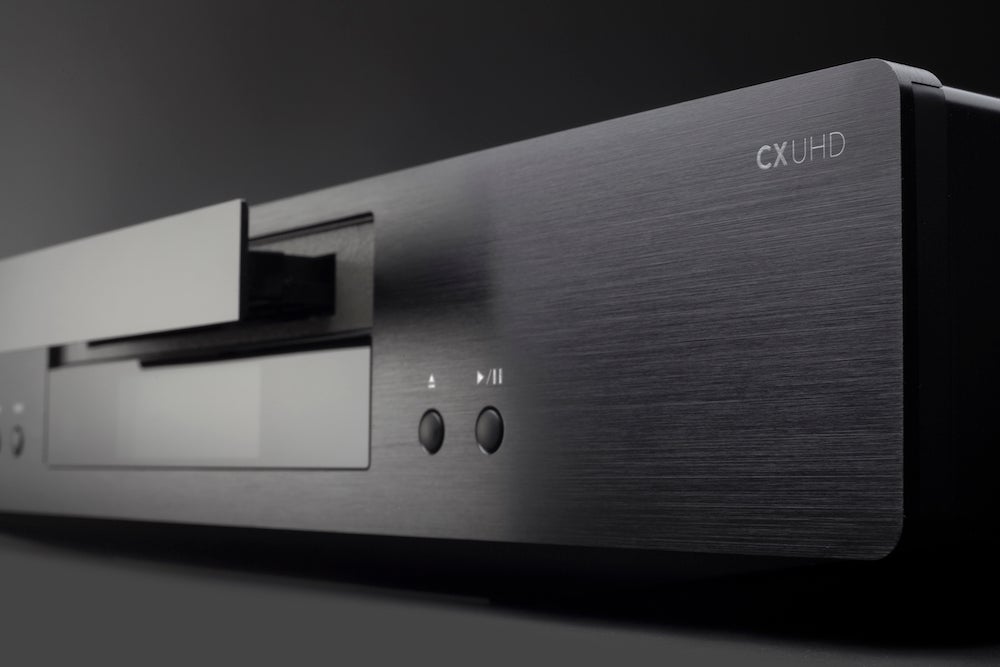 This slightly more dynamic look doesn’t just affect the image’s brightness extremes, either. There’s a slight lighter tone to Francis’s brown trousers, and the dark top of the henchman standing to his right.

Without seeing the Deadpool transfer running on its original mastering monitor, I couldn’t say for sure whether the Oppo or Cambridge Audio CXUHD is providing the most authentic image. But I can certainly imagine many users preferring the slightly punchier look of the CXUHD.

The bad news is that the CXUHD’s pictures look noisier than those of the Oppo decks – as well as a high-end Sony UBP-X1000ES I happened to have in for testing.

For instance, if you freeze the frame in Deadpool at 4mins, 51secs, there’s marginally more dotting in the blue car door between the two henchmen on the right than there is on Oppo’s decks. The same issue appears on the tail lights of the vehicle over to the mid-left. There’s a marginally grittier look to Francis’s face, too.

If you look at the roof of the car in the centre of the image, meanwhile, there’s a slight horizontal line/jagging effect on the CXUHD that you don’t see on the Sony models. But this effect is present on the Oppos, albeit slightly less obviously.

It isn’t clear if this extra noise is down to Cambridge Audio’s calibration of the output image. Potential electrical balance issues relating to Cambridge removing the audio board could also be involved. But the noise is there – albeit only very subtly for most of the time. Hence my mention of noise reduction in the Setup section.

At this point, I must stress that we’re still talking about a very impressive picture performance from the Cambridge Audio CXUHD. As well as the slightly punchier dynamic range, colours look beautifully rich and refined, but also natural and balanced.

Black levels look inky, without having details crushed out of them. In fact, they sometimes pick out fractionally more shadow detail than the Oppo decks. In this respect, the CXUHD image is more reminiscent of Panasonic’s UB900 player. Pictures look stable and solid, with none of the marginal pulsing effect in monotone areas or slight motion flaws witnessed on some ‘mainstream’ decks.

The CXUHD is a strong upscaler of non-4K discs. It adds detail sensitively and cleanly, without adding or exaggerating source noise. Motion still looks clean and cinematic with upscaled images too.

For me, Panasonic’s UB900 does a slightly better job of enhancing sub-4K images. However, the CXUHD is on a par with the Oppo decks in this respect – and that’s more than good enough. This is especially the case if you’re also a fan of the slightly enhanced dynamism of the CXUHD’s pictures.

Turning to the CXUHD’s sound quality, it’s excellent so far as it goes. Regardless of whether you’re playing SACD, DVD-Audio, CDs, 4K Blu-ray movie soundtracks or multimedia audio files, the CXUHD’s sound is pristinely clean, detailed and neutral. I heard no timing or distortion problems, either.

Taking away the analogue audio outputs to (supposedly) boost picture quality may seem an odd decision for a typically audio-centric brand such as Cambridge Audio. While some audiophiles may miss the slightly warmer, more open sound that high-spec analogue audio outputs can arguably produce, you certainly can’t accuse the CXUHD of not delivering the digital sound goods impressively well.

Why buy a Cambridge Audio CXUHD?

The Cambridge Audio CXUHD is every inch a high-end 4K Blu-ray player. It’s no ‘mindless clone’ of the Oppo 203, despite clearly sharing a lot of heritage. Removing the analogue audio electronics and calibrating its video output results in a palpably different picture.

The differences aren’t all positive, though, arguably making its cost hike over the Oppo 203 slightly hard to justify. Or at least that was the case before Oppo recently pulled the hardware plug. With Oppo’s final stocks expected to run dry by the summer, while Cambridge Audio is promising supply for at least a year, the premium 4K Blu-ray player space might be left wide open for the CXUHD for a good few months.

The only potential fly in the ointment might be Panasonic’s upcoming UB820 and UB9000 players. Although, while these will support HDR10+ as well as Dolby Vision, they won’t play SACD or DVD-Audio discs.

The Cambridge Audio CXUHD delivers strong picture and sound quality from the AV world’s finest video and audio sources. However, its unique approach to video playback delivers mixed results,and it’s a shame it’s more expensive than the Oppo 203 – but its fortunes will surely benefit from that Oppo deck’s imminent demise.