What is the Cambridge Audio Azur 851N?

The Cambridge Audio 851N is the British company’s top-of-the-line network music streamer and digital pre-amp, sitting alongside the rest of the impressive Azur lineup. It’s at a price point that might surprise you if you haven’t kept up with Cambridge Audio over the past few years, taking aim at the hi-fi high-end rather than at first-time visitors to Richer Sounds.

The brand has always tried to over-deliver in the past, and despite this step up in cost, there’s been that same effort to go beyond the call of duty. Aside from a lack of Bluetooth, there’s very little the 851N can’t handle – nor do well.

When Cambridge Audio introduced its first Azur models over a decade ago, one of the range’s trademarks was exceptional build quality, with impeccably finished, weighty casing. That hasn’t changed, although the shift up in price means it’s now expected.

The 851N feels pretty bombproof, and the thick brushed fascia is suitably classy. It looks expensive. Not exotic, perhaps, but expensive. The dark grilles on the top, in particular, give it a touch of supercar chic. 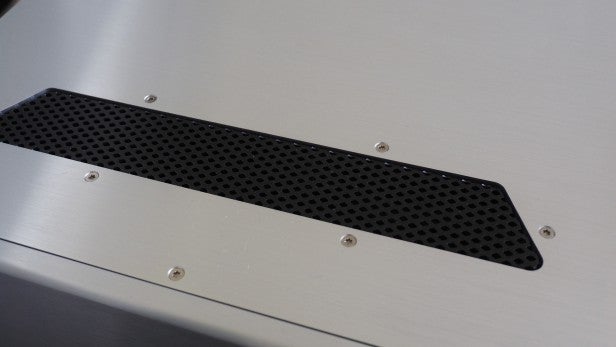 The front is dominated by a decent-sized colour LCD screen and a large selector/volume knob. Small round buttons handle traditional playback functions and a few other menu options, and there’s also a USB socket for easily hooking up a device temporarily or giving a quick charge.

Around the back is an impressive array of socketry, including USB, ethernet, twin optical inputs, a pair of coaxial digital inputs, and RCA phono and XLR balanced outputs. There’s even an AES-EBU connection for the pro audio geeks. 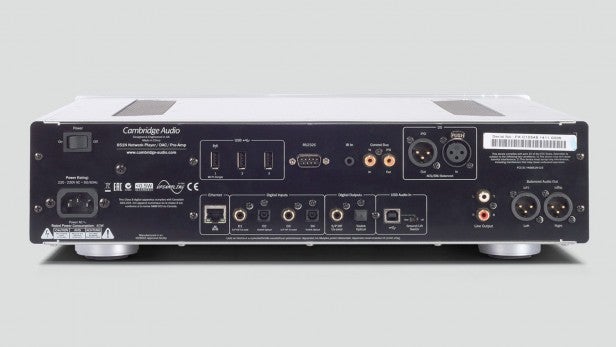 Wi-Fi comes as standard from an aerial-equipped dongle that fits in one of the USB ports, but there’s no Bluetooth built in. You can add it (with aptX support) via the optional BT100 dongle for £69.95, which isn’t a big deal, but it would have been nice to have a complete wireless solution from the off.

One thing you can’t do much about is the lack of an analogue input, which makes the 851N a digital-only pre-amp option. You won’t want to plug it straight into the matching Azur 851W power amp if you have any intention of using a record player at some point.

Again, the original Azur range impressed with its above-average remote controls. They were slender, solid-feeling bars with a silver powdered-metal finish that matched the fascias of the separates they controlled. Sadly, the remote for the 851N feels a little more prosaic. 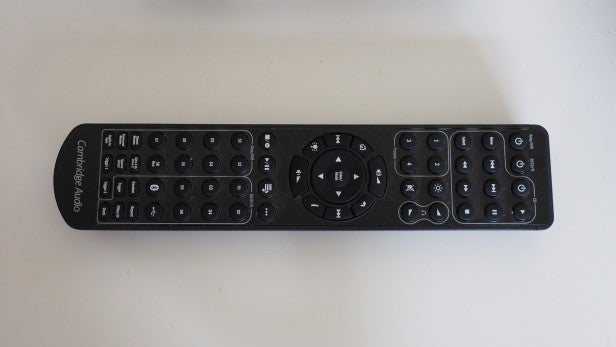 Its soft-touch rear is rather nice and the remote is still elegant in shape, but the black brushed metal of the top looks a little dull compared to the finish of the streamer itself. It feels okay in the hand and does a decent job, but it feels like a step back from the old units.

The remote is also covered in a shedload of indistinct buttons and, annoyingly, the standby button isn’t quite where I expected – I kept pressing the power button intended for the matching Azur amps instead, since it’s in the traditional place in the very top left.

That said, there is of course a control app. Everything has an app. The Cambridge Audio one is user-friendly, so chances are that you’ll hardly touch the remote anyway.

Getting the 851N set up is pretty simple, especially if you have an iPhone or iPad with which to feed it your Wi-Fi network details. Otherwise, you’ll have to use the remote to input your password, which is as painful as you might expect – but at least you have to do it only once.

If you’re intending to stream music from a Windows PC, you’ll need to ensure your computer is given permission to share your music library. A simple Cortana search for ‘Media streaming options’ should sort you out.

In addition to enabling you to stream music from a PC or server, though, the 851N supports internet radio and Spotify Connect. I listened a little to the former, but mostly fed FLAC and MP3 files wirelessly from a Microsoft Surface Pro 4. 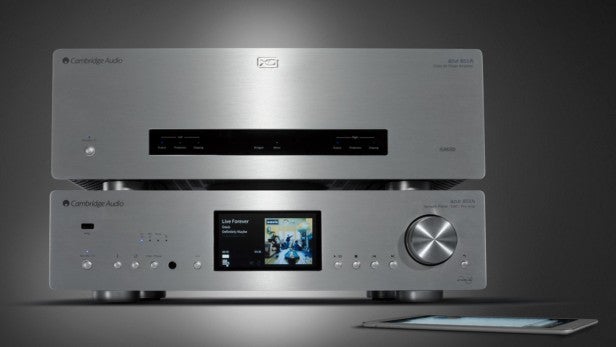 The sound quality is typical of most Cambridge Audio products: clean, crisp and rhythmical. Playing Josh Ritter’s The Beast In Its Tracks album, the deceptive jauntiness of ‘Nightmares’ comes through crystal-clear, with superb separation between Ritter’s seemingly flippant vocals, the upbeat guitar and the funky little bassline. Moving onto ‘New Lover’, the bottom end that builds up through the intro has genuine thump and romps along with perfect timing.

Things stay just as rosy with Shearwater’s Jet Plane and Oxbow, with the paranoid electronica of ‘Filaments’ conveyed wonderfully by the 851N’s enveloping soundstage.

Even feeding the 851N with some old 320kbps MP3s didn’t make it stumble – they sounded pretty much as rounded and polished as I could have hoped for.

Should I buy the Cambridge Audio Azur 851N?

The Azur 851N is an accomplished network streamer, with amazing specs and build quality. It’s a slight shame that, as a pre-amp, it’s completely limited to digital inputs – but this isn’t unusual. The choice not to include a Bluetooth dongle seems a little mean at this price point, too. Sure, Bluetooth won’t be a priority for many audiophiles, but it’s a useful back-up option.

There’s plenty of streaming competition, with the Pro-Ject Stream Box RS coming in a little cheaper (with an analogue input to boot) and also the ickle Cyrus Stream Xa, but the 851N is pretty much untouchable for sound quality below £2000.