Infinity Ward's reboot of the iconic classic doesn't surpass the original, but does a fantastic job of translating its formula into the modern era. A thrilling solo campaign alongside a robust selection of multiplayer options ensure this package is well worth a visit, even if the long-awaited return of Special Ops just about misses the mark.

The original Modern Warfare remains an indisputable classic. Infinity Ward redefined the first-person shooter back in 2007, changing the formula for years to come. Now we’ve come full circle with a complete reboot of Captain Price and company. History has been rewritten, erasing all the progenitor’s events to give the series a clean slate.

Boasting a solo campaign, dedicated multiplayer and the return of Special Ops, Infinity Ward’s new vision for Modern Warfare is a surprisingly conventional one, yet still excels where it matters. War, what is it good for? Rebooting blockbuster shooter franchises, apparently. 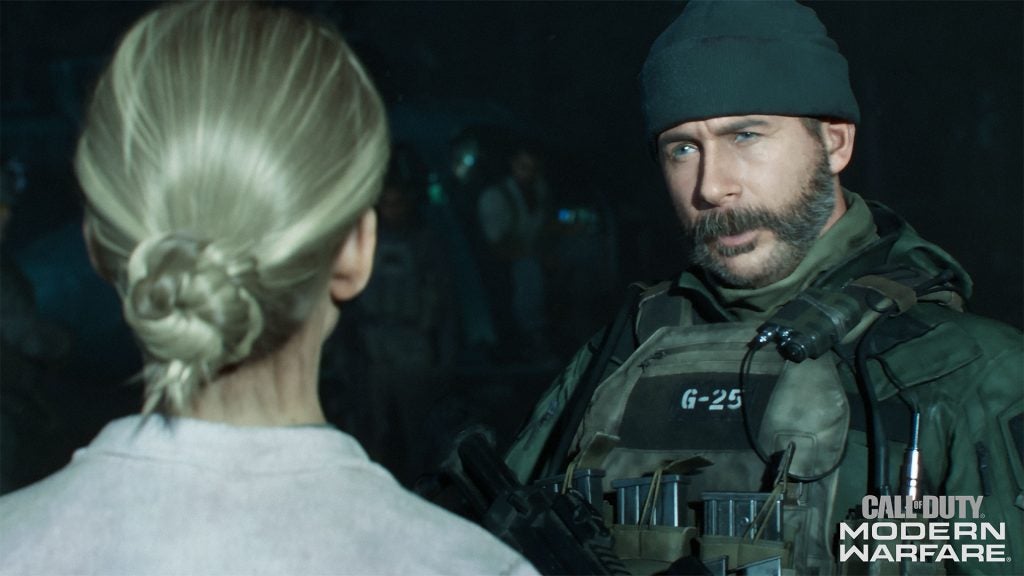 Captain Price is one of a few returning characters from the original trilogy, although we won’t spoil the others

Call of Duty: Modern Warfare acts like its forefather never happened. For the time being, iconic characters as Viktor Zahkaev and Soap MacTavish are nowhere to be seen, pushed aside in favour of a new cast who get the job done, yet seldom elicit the same witty banter and emotional crescendos that inspired them.

The plot follows a similar path, depicting a small group of experienced marines and ragtag marines teaming up to thwart a Russian threat. Jumping from the bustling streets of London to the sandy plains of fictional Urzikstan, the campaign is a skin-raising blast clearly inspired by Zero Dark Thirty and other modern military thrillers. However, its stakes never felt truly cemented, leading to an underbaked conclusion that left me wanting more.

Opening with a bombing of Piccadilly Circus and condemning hundreds of innocents to death sets a bleak and realistic tone that Modern Warfare follows through right until the very end. War is hell, and the sacrifices made to keep this world safe leave scars. “At the end of the day, someone has to make the enemies scared of the dark,” Captain Price mutters at one point, describing the morally grey line soldiers walk in the field of battle, one that is explored to great effect throughout the campaign.

But this is still a military shooter, so western forces reign supreme in the end, ushering forth a new era for the franchise I’m excited to see explored. Farah is a personal highlight of mine, a freedom fighter seeking to overthrow a Russian dictator after years of oppression. Her stakes matter, and she has far more invested in the conflict than Captain Price, who simply tags along and acts tough all the time. 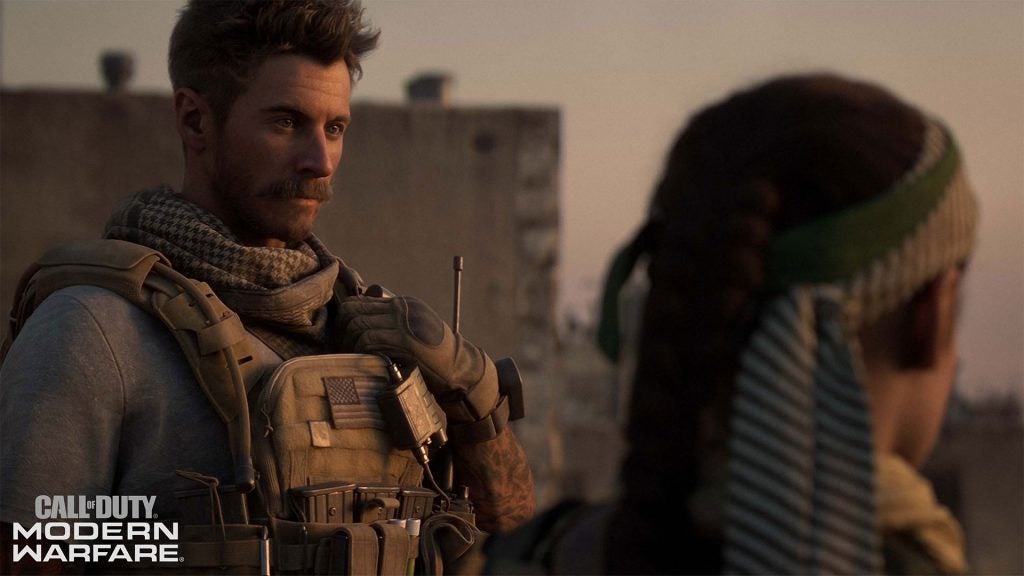 The solo campaign’s cutscenes are beautiful, almost photorealistic in their emotions and likeness of characters

Due to the more grounded tone, some might find the solo campaign underwhelming. It isn’t awash with explosive, over-the-top set pieces and nonsensical thrill rides. If I’m honest, it’s somewhat muted, giving you more time to take in environments and formulate an approach to encounters that feels tailored to your playing style. In past games I could waltz through with an assault rifle and call it a day, but here I felt compelled to switch things up.

Claustrophobic hospital corridors called for a semi-automatic shotgun, while vast desert plains made toying with sniper rifles essential. Every skirmish is a thrilling firefight ripe for replayability, which is good because the campaign is woefully short. It’s clear Infinity Ward isn’t done with this universe, teasing a few excellent reveals I won’t spoil here, but spell a very ambitious future for Captain Price and beyond.

For many, multiplayer is where the real meat of Call of Duty sits, and Modern Warfare doesn’t disappoint. It feels like a back-to-basics approach in many ways, abandoning the likes of score-streaks, wall-running and complicated class-based approach to loadouts that arguably hamstrung the series in the past. Echoing the original game, Modern Warfare is a twitch shooter with simplicity at its core, and is all the better for it.

A new gameplay engine enhances every facet of Modern Warfare. Firearms are weighty, with every trigger pull leading to monumental recoil so every shot landed feels like a triumph. Foes fall with grim realism or absurd slapstick acrobatics depending on the situation, which is a tonal mismatch if I ever saw one. But given the pace of each multiplayer match, this hardly matters. 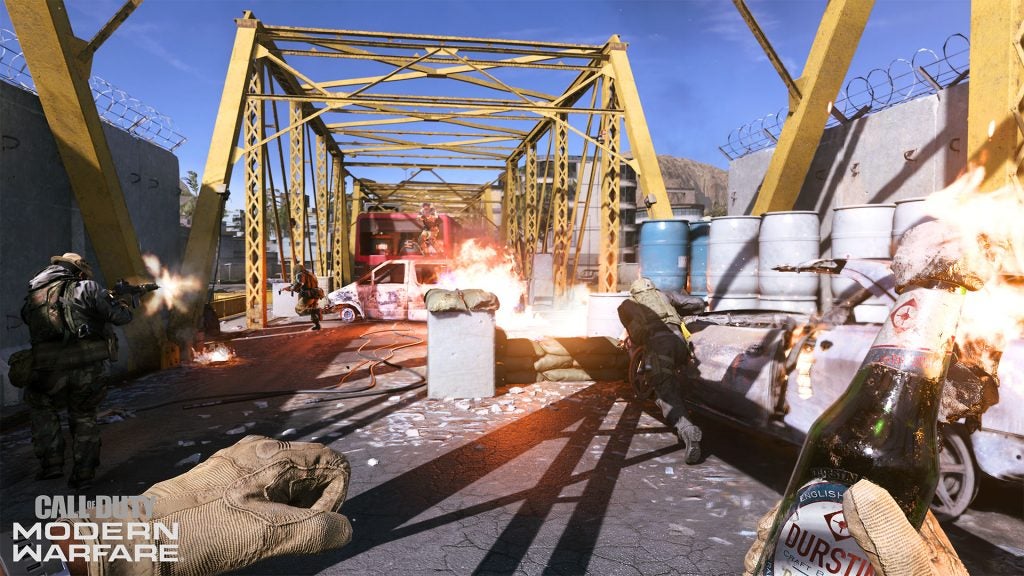 Whether you’re playing Team Deathmatch or the newly introduced Gunfight and Cyber Attack modes, each round of Modern Warfare has a melodic pace that’s somewhat slower compared to previous entries. Moving tentatively across maps, hugging walls and sticking to interiors is a viable strategy, picking off opponents as they appear. Running out into the open is suicidal, a hunting ground for long-ranged snipers.

Breakneck firefights still erupt though, particularly in Domination where flanking a point to wipe out an entire team often left a beaming grin on my face. It’s a do-or-die situation, and emerging unscathed with a few more killstreaks to your name is borderline euphoric. Old favourite killstreaks such as UAV, Chopper Gunner and Care Packages are present and accounted for, as are perks such as Hardline and Shrapnel.

The traditional match template and progression system is very welcome in an online battleground dominated by battle passes and seasonal updates – a practice Modern Warfare will soon adopt. For now, it’s undeniably vanilla and benefits from it. You can select from unlockable operators to determine your look and voice, adding a nice layer of personality to otherwise generic proceedings. Beyond this, the usual bells and whistles you’d expect from Call of Duty customisation return.

Ground War is a major addition, hurling 64 players into a massive map filled with vehicles such as tanks, ATVs and goodness knows what else. The aim of this mode is capture objectives spread across the map, holding them as long as possible in order to accrue points. It’s essentially Conquest from Battlefield, albeit with a welcome Call of Duty twist. It’s fun, although the maps look rough, even on PS4 Pro. It’s clear this engine doesn’t scale particularly well in large environments with plenty of dynamic action. 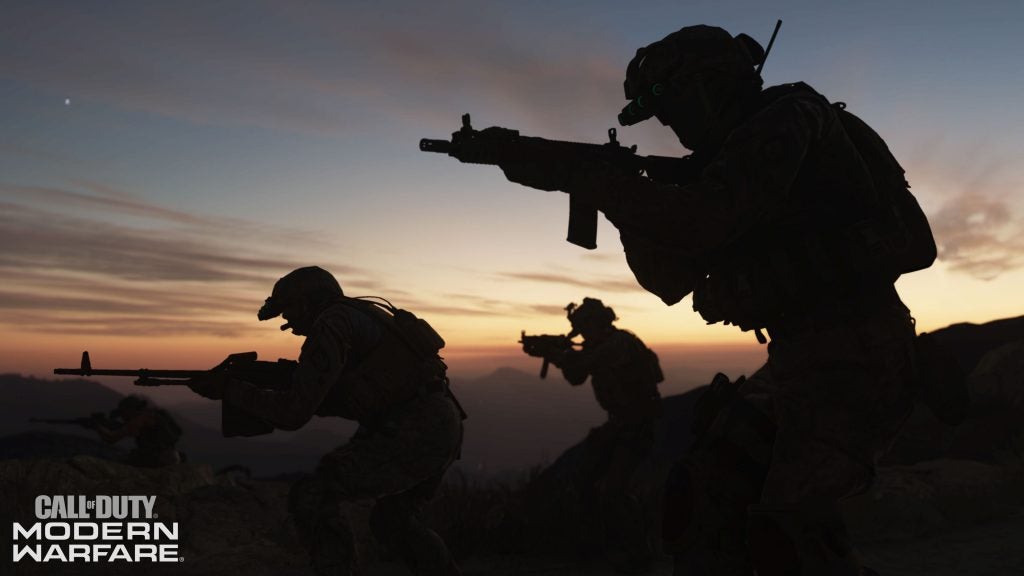 “Going Dark” is a constant motif throughout Modern Warfare, and it makes excellent use of dim environments

Multiplayer maps range from a dilapidated palace flanked by military munitions to a crumbling shanty town ripe with camping spots and sudden changes of geometry. Verticality is paramount, meaning you need to keep your wits about you when identifying sightlines and how vulnerable you are in any situation. Camping is still a little too frequent for my liking, and spawn locations still need ironing out, although these are quirks you’d expect shortly after launch.

Special Ops is a mixed bag at the moment, mostly due to uneven difficulty across certain missions. Even with four players co-operating as they seek to complete objectives, it’s far too easy to become overwhelmed by enemies that spawn out of nowhere. One stage has you navigating across a giant stadium, destroying radar jammers in a nearby car park before taking to an airship to destroy hostile tanks from above.

Every mission comes with a vast, distinct environment alongside tasks requiring players to work together. Split up and you won’t last long – something I learned the hard way several times. Squadmates must stick together to stay alive, reviving, flanking and supporting one another whenever the situation calls for it. When everything falls into place it’s a blast, although can frequently fall into chaos that feels distinctly unfair. This could easily be addressed with future patches, and with any luck we’ll see new missions introduced with major updates.

Survival Mode in Special Ops is exclusive to PS4 for 12 months. I’ll be honest, other platforms aren’t missing out on much. It’s a fairly simplistic horde mode where you fend off waves of varied foes. You can purchase weapons and killstreaks between rounds, formulating a strategy depending on which map you’re playing on. It’s fun, but a little too vanilla to remain engaging without a concrete goal in mind. 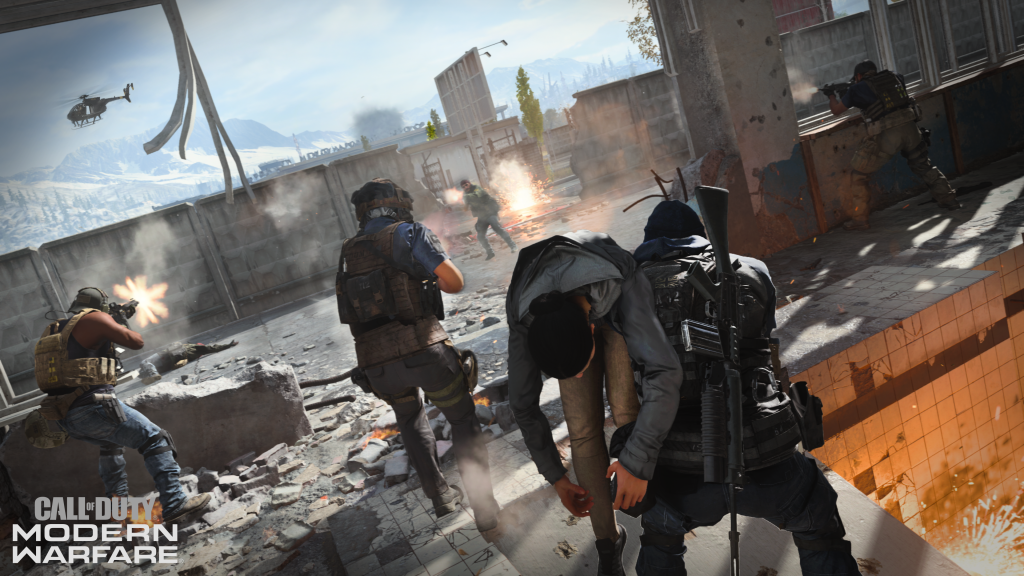 Special Ops has a lot of potential, although I don’t think it’s fully realised just yet

Should you buy Call of Duty: Modern Warfare?

Infinity Ward’s reboot of the iconic classic doesn’t surpass the original, but does a fantastic job of translating its formula into the modern era. A thrilling solo campaign alongside a robust selection of multiplayer options ensure this package is well worth a visit, even if the long-awaited return of Special Ops just about misses the mark.

The campaign often relies on shock and awe over rampant spectacle, inviting controversy with the gunning down of civilians and chemical warfare, but it rides this tonal rollercoaster carefully enough that it works. The multiplayer’s back-to-basics approach is wonderful, prioritising sheer skill over fanciful hero abilities and futuristic acrobatics.

It’s clear the Modern Warfare name isn’t going anywhere, with this reboot etching out foundations that will be build upon for years to come.