The whole point of a real time strategy game – or RTS for the well versed – is that it’s designed to test your ability to react.

To see how prepared you are to rip up the hastily prepared plan you formulated at the start of play in favour of trying an equally untested alternative, if the situation changes. It’s a take on strategy gaming that some people get and some don’t, but one that has undoubtedly found a home on mobile in recent years. 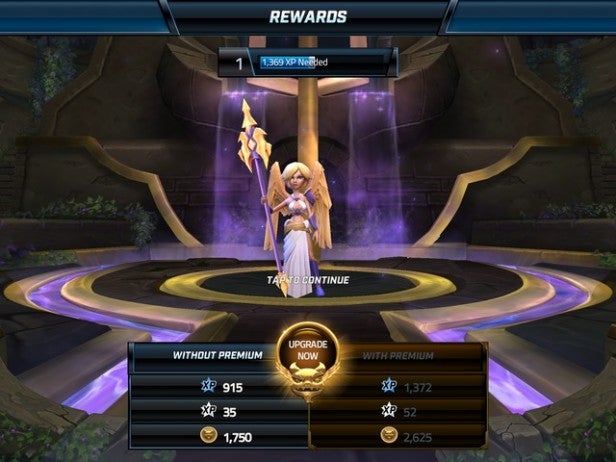 A MOBA – or multiplayer online battle arena – almost plays the role of a boiled down version of an RTS, limiting your options, limiting your space and typically limiting your target to see how you cope in a simplified, but often more pressurised environments.

If it’s even possible, Call of Champions takes that MOBA structure and strips it back even further, offering just one arena and three players on either side, taking part in a five minute tussle with just a few targets on offer.

On first glance, it’s the kind of editing process that risks syphoning the MOBA down to less than the bare essentials, but in a mobile environment a few plays on Call of Champions proves that it works. It really works.

It’s so simple that describing it only takes a few paragraphs. Controlling a character of your choice – more are unlocked as you play or can be purchased from the get go – your job is to take down opposition towers and, if you have in the time available, take out their base. 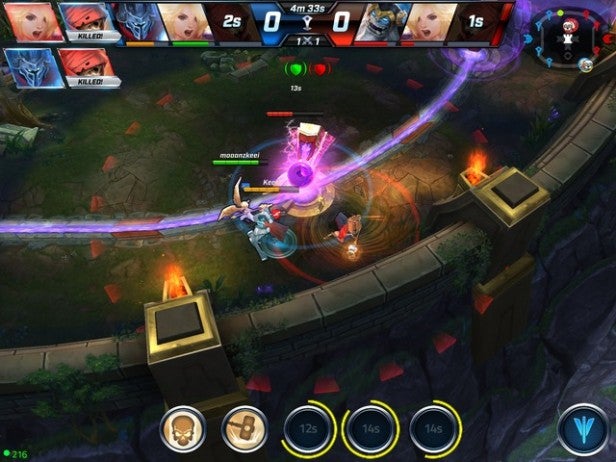 Doing so is a question of rolling a ball down a predetermined path simply by standing near to it. The ball then does much of the work for you, shooting at rival towers as it approaches and then, when it’s made contact, protecting you from taking too much flak in the process.

The quandary is, there are only two balls running along two pre-determined paths, and should you lose control of the ball – typically by being killed by rival players – it can just as easily be rolled towards your towers and your base.

And that is the crux of Call of Champions – with two balls to take charge of and only three players on either side – is knowing which ball to go for. This is often the difference between success and failure in any match. Should you all head to attack the same tower, with safety in numbers, or should you spread out and try to fight on both fronts?

Sometimes, depending on the quality of your allies and the determination of your enemies, one strategy offers more hope of success than the other. At other times, the exact reverse is true, and you don’t really know until you start playing. With only five minutes on the board, too, this means you have to adapt to your surroundings pretty damn fast and can lead to some rather hectic encounters and close run battles.

There are very few matches where one team runs away with it – in Call of Champions, every second counts, and taking out that rival tower with just a few moments to spare can make all the difference. 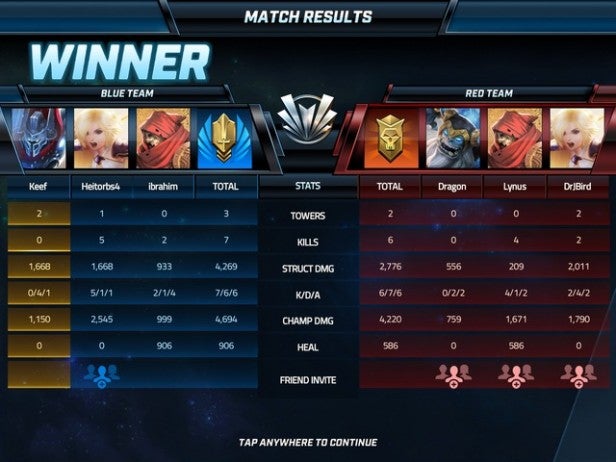 There is of course the question of ability to consider too. Each character has their own set of five special abilities they can call upon. Standard attacks are triggered just by standing in the vicinity of a rival or tower, though it’s typically using your special moves that makes the difference.

It’s up to each player to find which character is their best fit because, in truth, there’s very little to separate them. As is the case with most online focused games, the more you play and the more you invest, the better your chances of winning become – though Call of Champions manages to strike the right balance between ensuring loyal players feel rewarded without isolating newcomers.

That’s a crucial sense of balance that shouldn’t be overlooked. Arguably Call of Champions’ only faults are that it can feel a little fiddly on an iPhone’s screen (playing on an iPad greatly improves the experience) and the game’s one arena is so good, it’ll leave you wanting more.

When a game’s main problem is that you want more, however, that’s a pretty good sign, and Call of Champion’s scaled back arena-based action proves to be as compelling as it is well-crafted.

Though intentionally limited in scope, Call of Champions is an addictive little MOBA that manages to be as welcoming to newcomers as it is challenging for loyal players.