What is the Cabasse Stream BAR?

It comes equipped with a wireless sub and 80W of audio-boosting power, plus Wi-Fi, Bluetooth and access to streaming services. At £850 it’s an upmarket affair, mixing it with the likes of the Arcam Solo Bar and the Definitive Technology W Studio Micro, but we’re hoping that the Cabasse can give its illustrious rivals a run for their money. 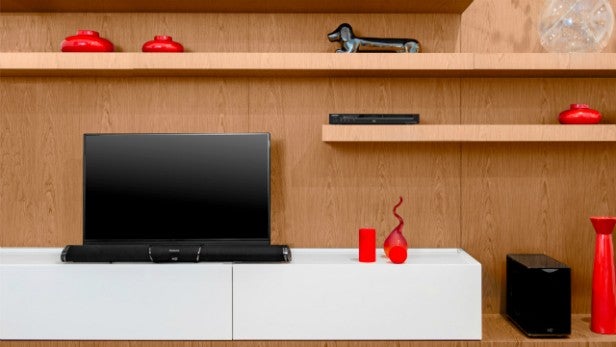 The Stream BAR gets off to a great start with a swanky, distinctive design. The soundbar’s cylindrical enclosure looks très chic in its silky black cloth, shiny trim and slanted end grilles. An illuminated, touch-sensitive control panel also catches the eye, spelling out input and volume levels clearly through the fabric. Posh touches like these, alongside its weighty construction, help justify the price tag.

The Stream BAR measures over a metre wide, making it a better match for larger TVs than the compact Stream Base. At 66mm high it fits into the gap between my TV stand and the bottom of the screen, allowing remote signals to reach the TV’s sensor unimpeded. 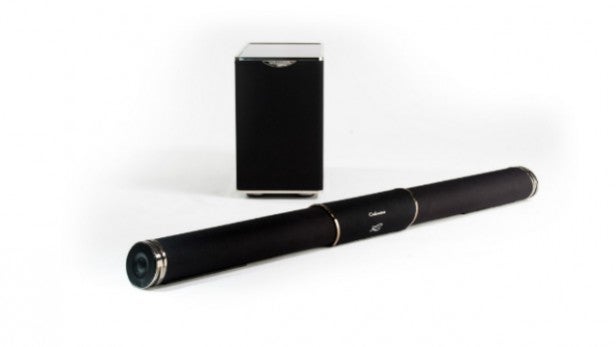 Connectivity includes HDMI input and ARC output, plus S/PDIF optical, 3.5mm analogue and USB. There’s an Ethernet port and built-in Bluetooth with aptX too. It’s a decent line-up, although it wouldn’t be unreasonable to expect another HDMI input at this price. 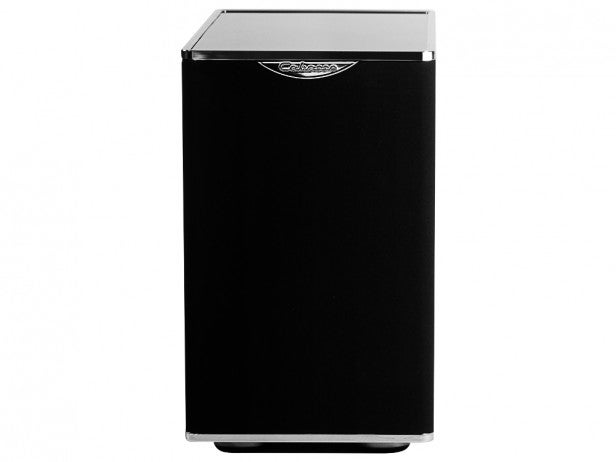 Cabasse has also worked its modish magic on the subwoofer, with a glossy top panel and black cloth. Its rounded corners look great and build quality is excellent.

As its name suggests, wireless music streaming is a key part of the Stream BAR’s appeal. Using the Stream Control app, you can play hi-res FLAC, WAV, ALAC and AIFF files (up to 96/24) from PCs and NAS drives on your network, alongside lossy files like MP3, WMA and AAC. You can also play music via USB and stream it to other speakers.

There’s also support for Spotify, Deezer, Qobuz, Tidal and internet radio, plus you can create and manage a multiroom system alongside other Cabasse speakers.

The bar boasts a more ‘grown-up’ driver array than most budget soundbars, consisting of four mid/bass units and two tweeters, driven by 80W of three-way amplification. The subwoofer’s 17cm woofer is driven by a 100W amp.

There are two modes for your sonic delectation, called Surround and Hi-Fi. We’ll leave you to work out what each one is intended for.

As with most soundbars, initial setup is simple. The HDMI ARC or optical cable can be hooked up to your TV with a tidy one-cable connection. You can also connect your Blu-ray deck to the HDMI port and pass pictures through the Cabasse to your TV, although its v1.4 spec won’t support UHD Blu-ray and HDCP 2.2.

The subwoofer connects automatically to the bar and Bluetooth pairing is similarly hassle-free. Wi-Fi setup is a potential pitfall, but unlike some streamers it’s remarkably easy – after following the app’s onscreen instructions, it quickly located the Stream BAR and my media servers. 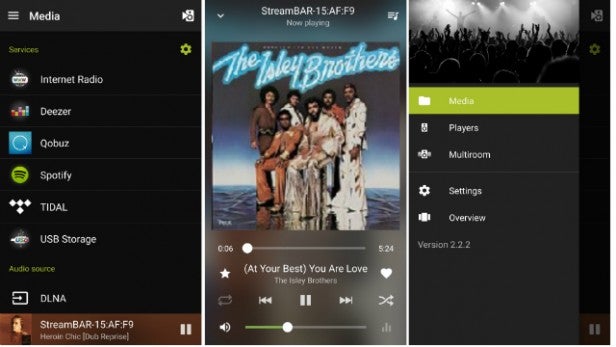 The app’s streamlined layout and quick operation is a godsend when scouring for music. The use of logos, cover art and bold colours are really helpful, and it couldn’t be easier to create a multiroom system – just hit ‘Multiroom’ in the sidebar menu and start grouping speakers together.

While playing a track, everything you need is crammed into a single page, including playback controls, volume and a track-time slider. You can edit the play queue by dragging and dropping tracks into the right place.

The Stream BAR is a remarkably reliable streamer. It held the Wi-Fi connection throughout testing and didn’t drop out once. 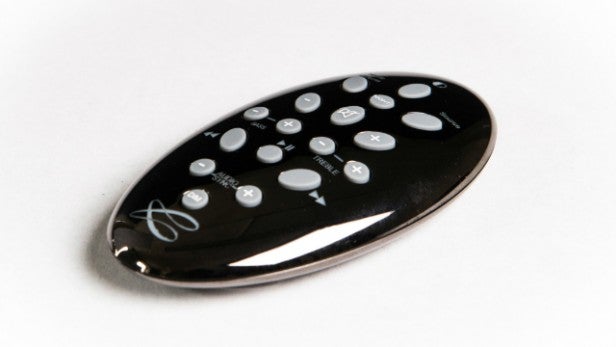 The quirky egg-shaped remote looks lovely on the coffee table with its gloss-black styling and sparse button layout, but clumsy-fingered users might find the buttons too small for comfort.

What’s great about the Stream BAR is how it disguises its compact physical form with a loud, large-scale performance. Play Godzilla through the HDMI port and it delivers a huge soundstage as the monster stomps around the screen doing battle with the MUTOs. It’s certainly bigger and more powerful than the Stream Base, filling my living room a lot more easily.

There’s a terrific sense of cohesion between the soundbar and sub, resulting in a solid, well-balanced sound. When Godzilla roars, his mid-range rasp melds tightly with the deep rumbling bass, giving it plenty of the impact its creators were hoping for. 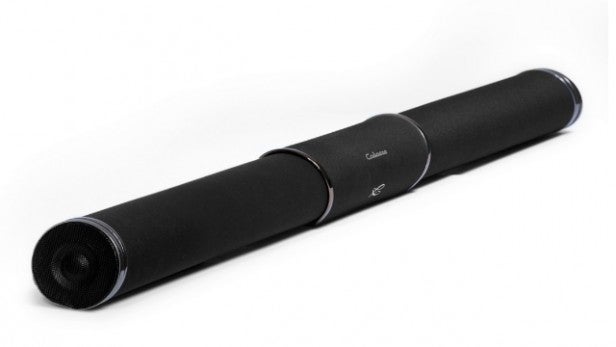 Check the spec and this cohesive sound is slightly surprising – the soundbar’s 180Hz low-frequency response is relatively high, which means the subwoofer is doing a lot of the heavy lifting. On a lesser system this might lead to a disjointed, unbalanced sound, but that’s not the case here.

Instead, bass is tight and punchy. The exploding planes at Honolulu Airport slam hard but don’t boom or flap. Subtler bass effects are beautifully handled, whether it’s the chug of a Jeep engine or the thud of a shutting door.

The Stream BAR also displays plenty of attack. Incisive gunshots and explosions fire into the room without sounding brash or spitty, while dialogue is clear and authoritative.

Every sound is conveyed with drive and clarity, replacing the dynamism missing from any flatscreen TV – a quality that comes in particularly handy when watching TV material.

There’s also plenty of headroom volume-wise; it delivers a loud, impactful sound with the level pushed merely halfway. But if you do venture into the upper regions of the volume range, the Cabasse maintains its composure with smooth treble and well-integrated bass.

If you needed further convincing of the Stream BAR’s sonic greatness, its treble reproduction is of the highest order. Sweet and insightful, the tweeters tease out parts of Godzilla’s soundtrack that simply go AWOL through budget soundbars. As the MUTOs communicate with each other, the clicking, chattering sounds are layered with rich detail.

The bar’s Surround mode lends width to the soundstage, but not in an artificial way, while the Hi-Fi mode offers a more direct, stripped-back output.

On that note, the Stream BAR handles music with unusual smoothness and fluidity, not to mention plenty of punch from the musical subwoofer. Don’t be tempted to turn off the sub like you might with a conventional hi-fi system, as it exposes the bar’s bass limitations.

Should I buy the Cabasse Stream BAR?

It’s pricey, but the Stream BAR’s stunning build quality, design and performance make it worth the expense. It’s a slick, reliable music streamer, and on movie night it blends huge room-filling power with high-frequency finesse.

Another HDMI input, as well as UHD Blu-ray pass-through, would’ve been welcome, but that doesn’t stop the Stream BAR from being one of the best soundbars on the market.

With slick streaming, stylish looks and a gorgeous performance, the Stream BAR earns its place among the soundbar elite – but you’ll need deep pockets to afford one.