What is the Cabasse Stream 1?

Stream 1 is a wireless speaker that allows you to play music from networked PCs, NAS drives and various streaming services. You can also incorporate the Stream 1 into a multiroom system with other compatible Cabasse speakers, or stream music from mobile devices via Bluetooth.

Its three coaxial drivers deliver what French brand Cabasse describes as 360-degree sound, which allows you to enjoy music from anywhere in the room. 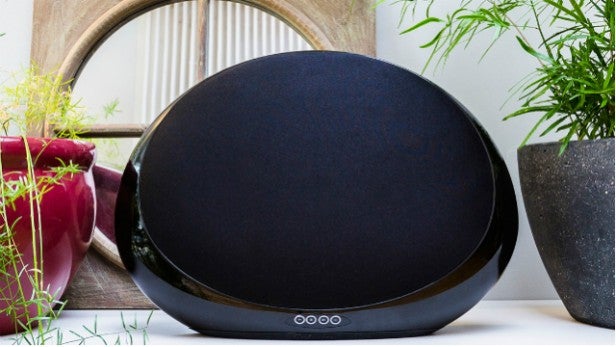 Stream 1 is a stunning speaker, the kind that commands attention as soon as you walk in the room. Its oval-shaped enclosure can be stood upright or laid flat on its back; either way, the curvy bodywork and gleaming gloss-black finish had me gawping like an idiot. The alternative gloss white is even more disco.

It’s highly distinctive, looking unlike anything else on the market. The solid, weighty cabinet is impressively built, although the use of glossy plastic instead of lacquer loses it a couple of Brownie points. 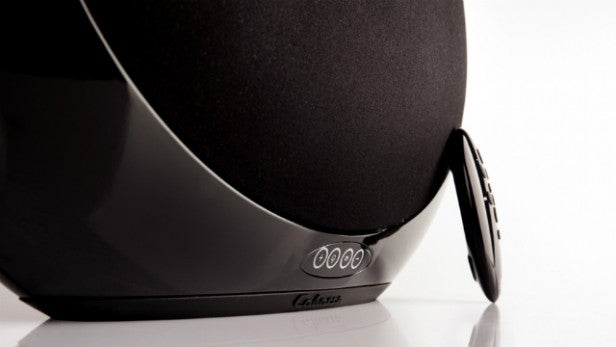 The front – or top, if you lay it flat – sports a large black-cloth grille that conceals two of the drivers, below which you’ll find a small panel of illuminated touch controls; another of Stream 1’s lovely flourishes. These buttons control power, volume and input selection.

Like most speakers of this kind that strive for minimalism, Stream 1 uses a single coloured LED to convey the unit’s status, rather than a proper display. It’s no biggie, but can get confusing when you’re trying to work out which input is selected or the current volume level. 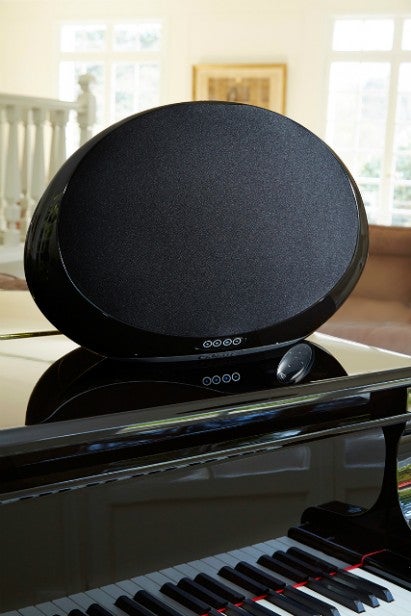 I preferred Stream 1 in its upright position due to the smaller footprint, but having two placement options is very useful indeed. Strategically placed rubber pads keep the unit stable on a tabletop, but you can also wall-mount it using keyhole fixings on the back. It’s pretty big as wireless speakers go, but not too big.

Connections include a 3.5mm analogue input and a USB port that permits playback of music files. The Ethernet port provides a stable connection for heavy-duty hi-res streaming, while a bunch of LEDs indicate the presence of Wi-Fi and/or Ethernet connections. Reset and WPS buttons complete the lineup. A decent selection then, but the lack of optical input is a shame for those hoping to connect a TV.

Download the Cabasse Stream Control app onto your phone and it opens up a wealth of streaming options: Spotify, Qobuz, Tidal, Deezer, internet radio, DLNA and USB playback. Throw aptX Bluetooth streaming into the mix and you certainly won’t be stuck for music sources, although AirPlay support would have been nice.

The app’s multiroom functionality allows you to play music through all Cabasse speakers in your setup, or zap different songs to each speaker. You can even send the contents of a connected USB stick to other speakers around the house. 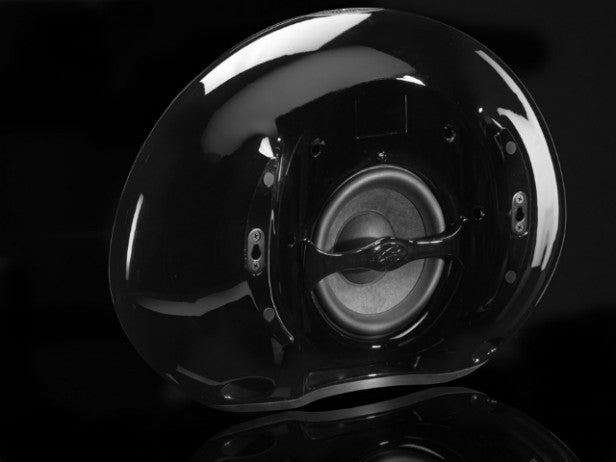 Rounding up the feature list is NFC, which makes it easy to pair an Android device via Bluetooth.

Setup is carried out through the app and it’s a piece of cake. When linking Stream 1 to your router, it walks you through the various stages – which buttons to press, access point selection – before jumping to the list of available sources. It didn’t have any trouble finding the speaker. 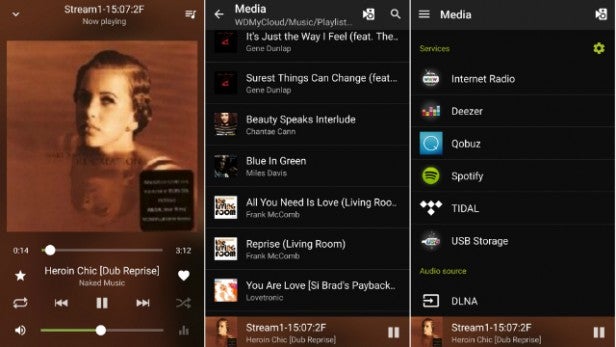 The app looks great and works flawlessly. It sticks with white text on black backgrounds for the most part, but throws in cover art and cute little icons to liven things up.

Scroll down the list of sources and any available NAS drives or PCs are listed under Servers. After delving into my NAS drive, I was impressed by the speed and ease with which it moved through my large music library.

Deezer, Qobuz and Tidal are integrated into the Stream Control app, but for Spotify it takes you to the separate Spotify app. Select the Multiroom section of the sidebar menu and you’ll see a list of “zones”, which help you synchronise your speakers.

During music playback, the Now Playing screen provides a useful array of options, including volume and track-time sliders, and the ability to add the current track to your favourites. 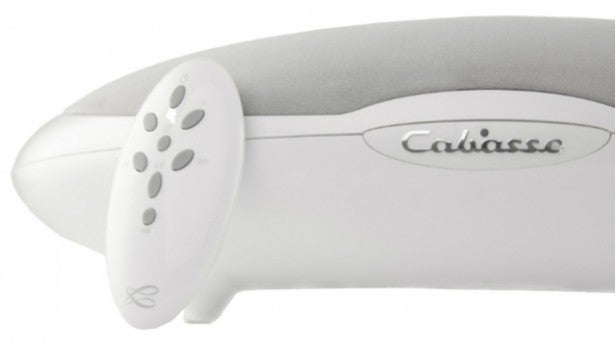 You’ll probably spend most time using the app, but Cabasse also supplies a small oval-shaped remote for more immediate control. It’s nicely sized and buttonry is stripped to the minimum; its light, plasticky build is at odds with the wallet-bothering price, however.

Importantly, Stream 1 goes nice and loud, disguising its compact size with a big, potent sound. There’s plenty of bass here, making kick drums thump and lending subtle solidity to vocals and instruments. The double bass in Corinne Bailey Rae’s “Since I’ve Been Loving You” is rich and chunky, but the Cabasse hits the notes accurately enough to avoid accusations of tubbiness.

After experimenting with Stream 1 in its two mounting positions, it produces a more satisfying sound when laid flat. With a tabletop surface to bounce off, there’s more punch and weight in the low frequencies, and a better sense of cohesion. Some of that punch withers away in the upright position, although there’s still enough to keep most listeners happy. 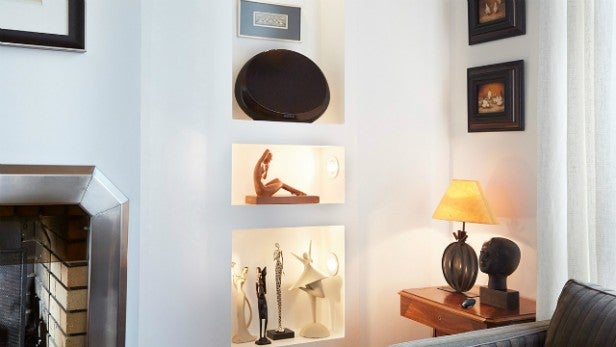 The mid-range is similarly robust, giving a warm, well-rounded flavour to any song. There’s a delicious sense of depth to electric guitar solos and piano chords.

It’s also a responsive, agile performer with an impeccable sense of rhythm. It attacks transients with relish, making it hard to sit still when playing up-tempo house and pop tracks. But there’s plenty of nuance and detail here, too. Stream 1’s tweeters relay high-frequencies with stunning clarity, bringing emotion and intimacy to ballads such as Adele’s “A Million Years Ago”. 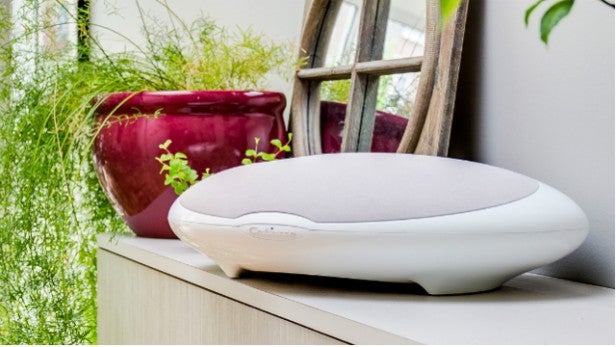 The tone is smooth and listenable, ideal for long listening sessions. There isn’t a hint of hardness or fatigue when you play aggressive genres or crank the volume up loud.

The only real disappointment comes from the 360-degree claims. When used in the flat position, I didn’t get a sense that music was all around me – instead, it comes from a specific direction in the room. And if you move round the back while in the upright position, it clearly sounds like it’s coming from the other side of the speaker.

Having been impressed by the “omnidirectional” performance of speakers such as the Samsung R7 and Geneva Aerosphere Large, Stream 1’s efforts are somewhat underwhelming. But it’s a small blemish on an otherwise impressive performance. 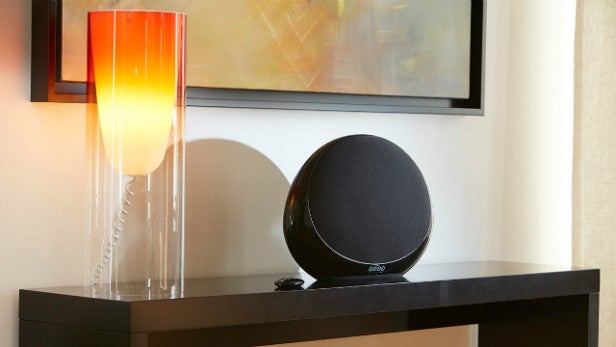 Should I buy the Cabasse Stream 1?

If you want a wireless speaker with a chic, versatile design, fabulous sound quality and one of the best streaming apps around, then the Stream 1 won’t disappoint. However, missing features such as AirPlay and optical input take the shine off slightly, as does its inability to deliver on its promise of 360-degree sound – but they’re not deal-breakers.