As the poet Bob Dylan observed, it’s been a slow train coming. Bowers & Wilkins’ 600-series of loudspeakers first appeared in 1991 – several lifetimes ago in hi-fi and home entertainment terms – and the 685 S2s that those 606s replaced debuted way back in 2014.

Five years is an awfully long time, and it’s afforded any number of rivals the opportunity to leave Bowers & Wilkins looking a little bit lost in what is an absolutely critical area of the market.

But nobody expected B&W to just leave the arena – and, sure enough, the British/American leviathan is back with a new 600 range with which to take the fight to the pretenders.

So how has B&W spent the past five years? Dealing with the distractions of a Silicon Valley takeover or concentrating on what it does best?

First things first: at 35 x 19 x 30cm, these speakers are no shrinking violets. Bowers & Wilkins suggests they’re just as comfortable on a bookshelf as on a dedicated stand, but in practice this isn’t really the case. Firstly, it would need to be a pretty deep bookshelf, plus the decision to shift the bass reflex port to the rear of the cabinet means the 606s aren’t very appreciative of being positioned too close to a rear wall. 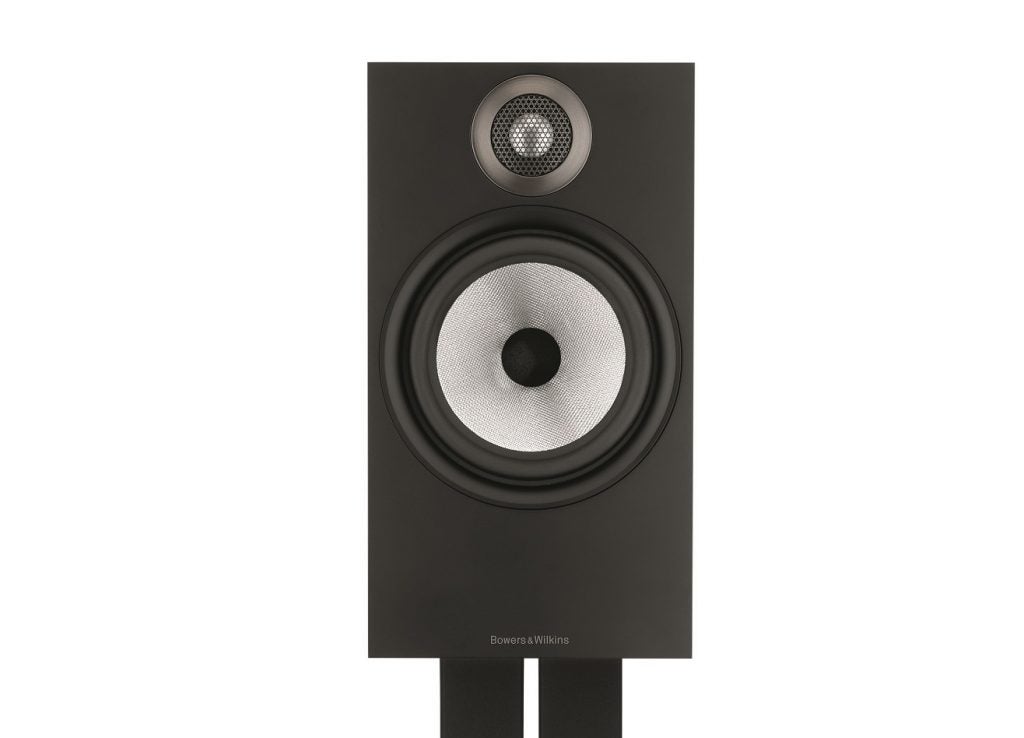 Moving the reflex port hasn’t damaged the aesthetic, however – these are about as clean-looking and elegant as it’s possible for a speaker to be.

There are many technical imperatives leading to B&W using the Continuum driver technology it debuted in its ultra high-end 800 Diamond series here, but the fact it looks a shiny, silvery treat doesn’t do any harm at all. And the lack of grille pegs on the front of the speaker – the grilles are held on magnetically – keeps the look nice and tidy too.

The finish is smooth, within the confines of the price of course, and the speakers are available in black or white matte finishes. The edges of the cabinets are crisp and true, and the overall impression is of a high-quality product.

B&W 606 features – Lots of tweaks to the driver technology

The 606 tweeter is a 25mm aluminum dome – it’s the latest refinement of B&W’s Decoupled Double Dome technology – with very high break-up characteristics. The intention is for your hearing to run out of headroom long before the tweeter’s effectiveness. 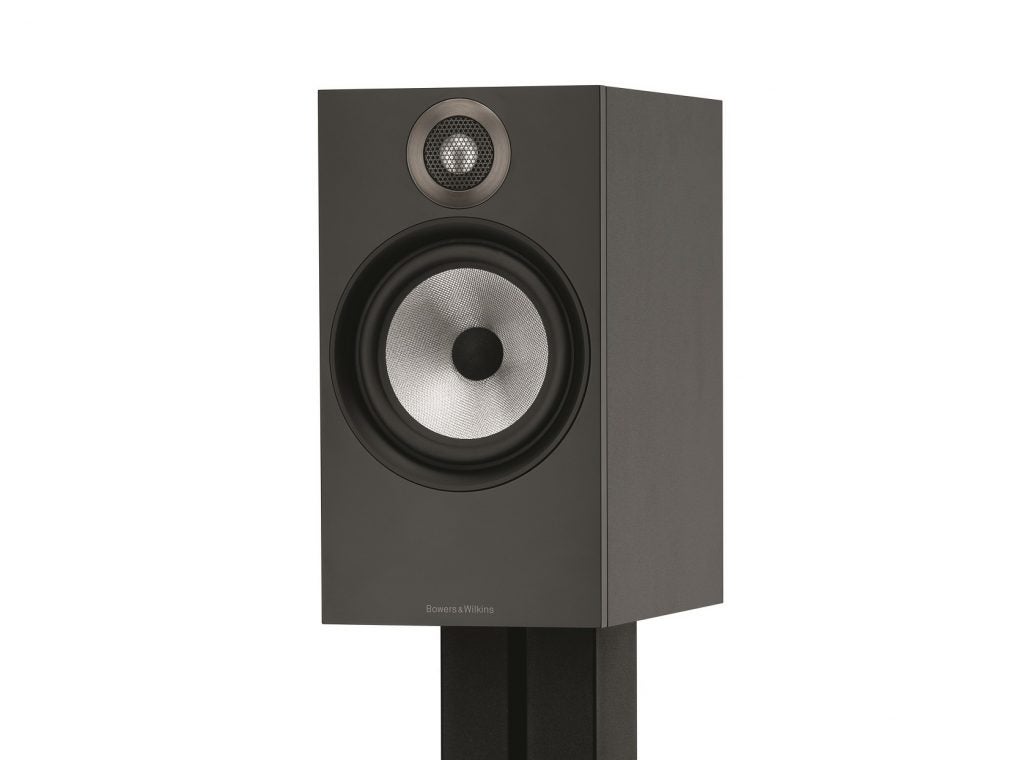 Decoupling the tweeter from the main body of the speaker makes it far less susceptible to vibrations from the 165mm mid/bass driver it sits above. As mentioned, the driver uses the Continuum cone technology B&W, which the company claims can delve down to 52Hz  – a chunkily bassy area of the frequency range.

At the rear of the speakers you’ll find the aforementioned bass reflex port and sufficient speaker binding posts to allow you to bi-wire or bi-amp the 606s should you feel the need. It isn’t essential, though.

If you hear a fresh-from-the-box pair of 606s, there’s a good chance you’ll find their treble response somewhere between “assertive” and “aggressive’. Which is the reason it’s important that you allow them a few hours on the clock before a proper listen; the 606s are a better-balanced listen once they’ve been running for a little while. 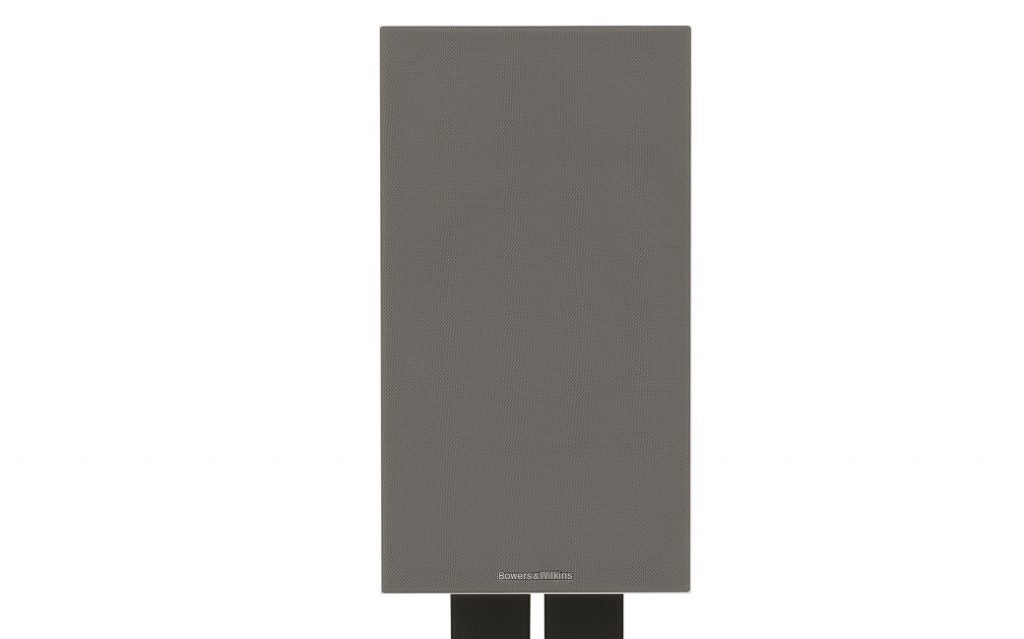 There’s latency in that tweeter, though, so a little thought should also be paid to the equipment – most specifically the amplifier – with which you’ll be pairing the 606. Combining the confidence of the 606s’ high-end response with an equally crisp and forward amplifier could result in a rather unforgiving, hard sound at the top end.

And that’s the end of the caveats. In every other respect, the B&W 606s have the measure of the best £500-or-so stand-mounting speakers around.

They’re a thoroughly entertaining listen; speakers that give every impression of enjoying your music as much as you do. Regardless of whether your taste runs to Kendrick Lamar’s King Kunta or Daniel Hope’s Avril 14th, the 606s sound engaged and engaging.

The low-frequency attack of the Lamar tune is punchy, solid and well-timed – there’s none of the ill-disciplined loafing about you hear from lesser loudspeakers’ bass sounds. And in Daniel Hope’s stately retooling of the Aphex Twin classic, the strings have real bite without straying into harshness.

There’s detail and texture throughout the frequency range, whether it’s in John Holt’s sweetly anxious vocal during Man Next Door or Kim Gordon’s overdriven bass guitar throughout Sonic Youth’s Sugar Kane. And each element of the frequency range is integrated seamlessly, allowing a full-spectrum sweep from the deepest bass sound to the crispest treble (James Blake’s Limit To Your Love, for example) without any area showing off or hanging back. 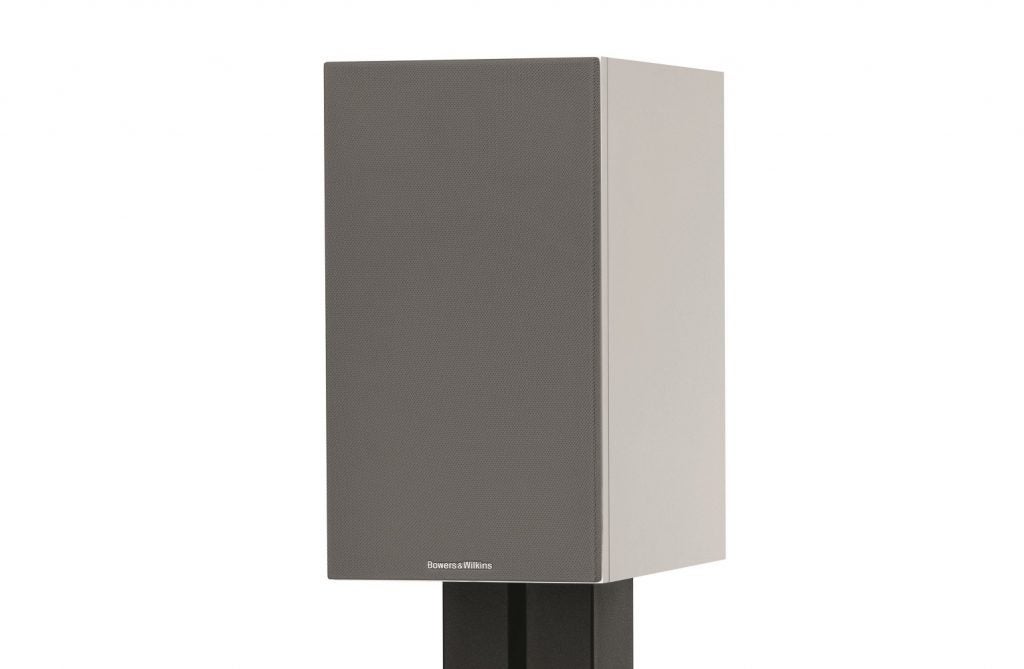 The handover between mid/bass driver and tweeter is imperceptible, and the overall timing of the various elements of a recording is good. There’s an impression of a group of players responding and reacting to each other during the Sonic Youth track that’s less apparent through lesser speakers.

The 606s are dynamically adept, too, and crucially manage to retain their sense of musicality and projection even when playing at considerately low volumes. But wind the dial northwards a little and the B&Ws really dig in – they can ramp up the tension and excitement of a full-scale symphony orchestra with no problem at all. And they give even the largest ensembles room to breathe on a large, well-defined soundstage.

Adaptable and wide-ranging in their talents, the 606s put B&W back where it should be – at the forefront of the market.

The 606s are more energetic and visceral than the KEFs, a touch more detailed than the Dynaudios, and have greater powers of resolution than the Dalis.

We put the 606 through its paces with a range of different music genres, and it came out on top without breaking much sweat. These are highly adaptable and convincing speakers.

There’s something to be said about how B&W speakers look. They are sophisticated, elegant and refined, bringing an element of class to any hi-fi set-up.

They’re probably more sensitive and picky about their partnering electronics than any of those three rivals, and in that respect you shouldn’t rush into 606 ownership without a thorough audition. But if your system can complement rather than provoke them, the B&W 606s are something of a no-brainer.