What is the Bush Eluma B1?

With flagship tablets seemingly growing more expensive by the year, it’s reassuring to see increasing numbers of manufacturers develop and release affordable models. Bush has done just that with the sub-£200 Eluma B1, which runs Windows 10.

Cheap as it may be, it’s also below par. Calling Bush’s tablet “ordinary” would be a compliment. 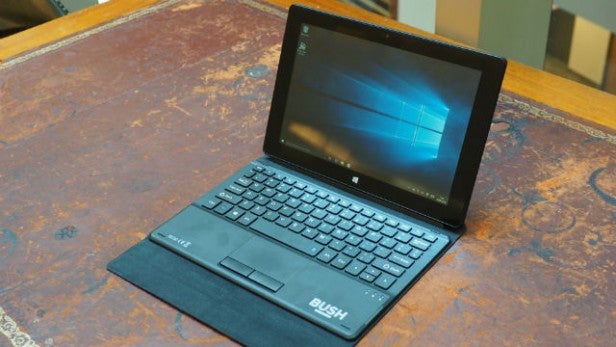 At first glance, the Eluma looks like a first-generation tablet, the likes of which I haven’t seen since the launch of the original iPad and its earliest rivals. It’s 10mm thick and angular in design – a world away from the 6.1mm iPad Air 2 and Sony Xperia Z4 Tablet.

With that bulk comes heft. At 613g, the Eluma is weighty. It’s a tablet you need to tackle with both hands – and even then, you’ll struggle to keep hold of it for more than a minute at a time. Its lack of curves don’t help in this regard either, with the Eluma’s severe edges refusing to sit comfortably in your grip.

That said, there’s a charm to its low-key simplicity, and its matte-black plastic body is both soft to the touch and sturdy.

In landscape mode, all ports and buttons sit along the Eluma’s left-hand edge, apart from the volume keys, which lie on the top edge. I’m pleased to report that the power and volume buttons are well built and snappy, offering a pleasing level of resistance and a satisfying snap. 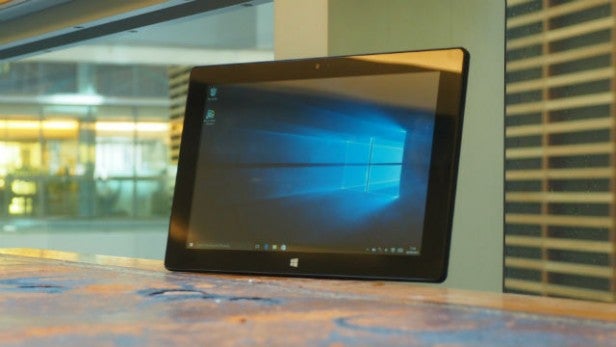 The Eluma squeezes in a 10.1-inch 1,280 x 800 IPS display that’s every bit as ordinary as you’d expect from a cheap tablet. More importantly, though, it’s adequate – from a visual perspective, anyway.

While it’s nowhere near as sharp or striking as screens on the best tablets on the market, text is easy to read and images are grainy, but not obscenely so. Viewing angles are good too.

However, I struggled to use it out in the sunshine, as brightness is a weak point. Vivid colours also appear washed out, with deep reds appearing pinkish, and the darkest areas of images looking grey, rather than inky.

Even more concerning is touch responsiveness. I’ve lost count of the number of times my screen taps have registered in completely random areas of the display. It’s an absolute nightmare, especially when you try to enter passwords. 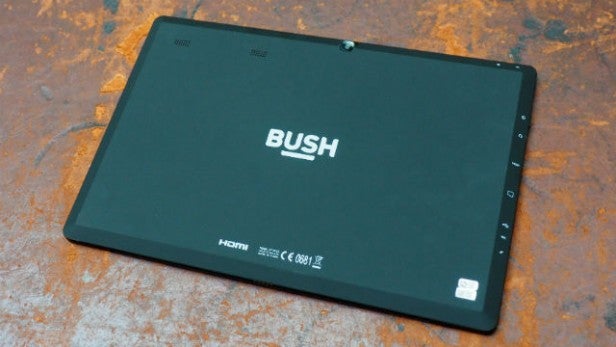 On one occasion, trying to hit the backspace button resulted in random combinations of characters appearing, usually in groups of four. On another, the Start menu launched and closed repeatedly, without me even touching the screen.

Somehow, I don’t believe a mischievous ghost has decided to make it their business to annoy me for the foreseeable future. Rather, the Eluma has an irritating bug.

Similarly disappointing are the Eluma’s speakers, which are weak and quiet. What’s more, since they’re rear-facing, sound is heavily muffled when you sit it horizontally on a tabletop or bed. It’s also easy to cover one of the speakers with your fingers when you hold the Eluma in either portrait or landscape mode.