DAB radio has its detractors, but at this stage of its existence it is now firmly part of the audio landscape as this report confirms. DAB radios have dropped in price these days to the extent that you can pick one up for less than £25. I’ve looked at high end models such as the Pure Evoke 3, with features such as pausing and rewinding, but this sleek model from Bush is much more straightforward. 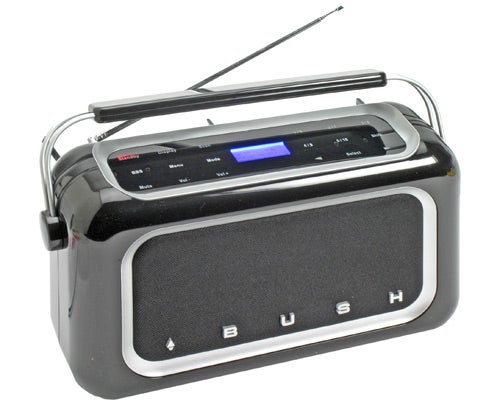 Now, I’ve always associated Bush more with the decidedly budget end of things but with this radio I may have to adjust my thinking. The TRO4DAB may be rather clumsily titled, but there’s certainly nothing wrong with the way it looks. Instead of conventional wood effect favoured by Pure, the Bush goes for a shiny all black finish, though it is a little plasticky on close inspection. There are no hard edges, just smooth plastic with curves. The grille on the front is deliberately retro looking but the final overall effect is somehow assuredly modern. You can pick it up in white as well, and as of writing that was the only version available at the Asda online store, the only place I could find it.


A lot of this has to do with touch sensitive buttons at the top of the unit. Touch sensitive technology is everywhere at the moment and it’s only going to get more prevalent. The top surface comes alive when brushed by a finger, illuminated by a cool blue backlight. This will generate an , ‘ooooh’ the first time you see it and I suspect that all by itself this is going to shift quite a few of these radios from the shelves. If you think that it’s just a gimmick – well you’re right, it is. But don’t worry, the buttons are easy to use and very responsive. The only real negative is that the smooth surface does pick up finger prints quite easily, so you’ll have to clean it at regular intervals. 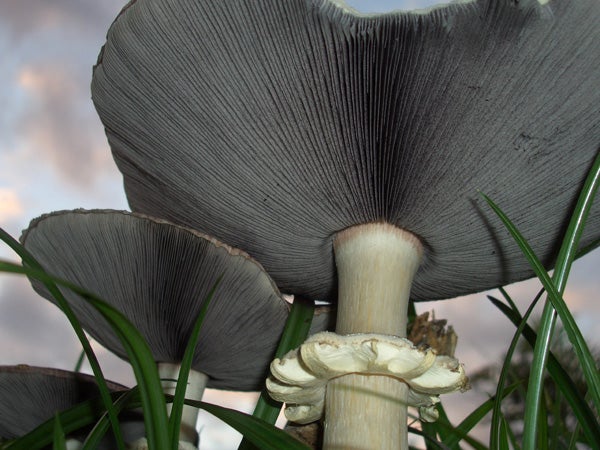 In the centre of the top surface is a small two-line LCD display, which some may find a bit limiting compared to the likes of the Evoke 3. However, the Bush doesn’t offer any recording functions, so a large screen isn’t necessary. In fact, the display is bright and easy to read and text scrolls across at quite a pace so it’s not too much of a problem.

The buttons at the top are pretty self explanatory, with a Standby, and five preset buttons. There are actually ten presets, but you have to press a shift key to get to presets 6-10, which is a little inconvenient but not the end of the world. There are arrow keys for moving between stations and a select button for choosing what you want.


A Display button lets you switch between different information – station name, time and date, the bit-rate, the message the station is broadcasting and the frequency of the station on the multiplex. There’s even a counter that tells you how many errors there are in the signal, with anything below 50 being acceptable. Presumably, this is so you can judge how good the signal is, though I image you could get a fairly good impression of this by how the station in question sounded. 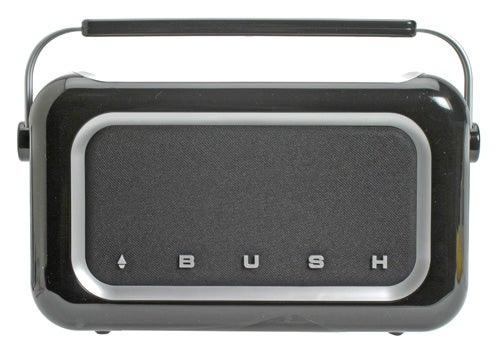 There are also buttons for Volume Up and Down, and I was pleased that you could use these just by holding down your finger rather than having to constantly tap.


A menu buttons lets you enable or disable Dynamic Range Control (DRC), which will add or remove compression levels to remove the difference in volume levels between stations – though I guess that will only be an issue if you switch between stations a lot. There’s a bass boost buttons for bolstering the sound and a mute button too.


The radio has a large aerial, which should help if you’ve got borderline signal strength. There’s a handle too so you’ll have to push down the aerial if you want to lift the radio. The Bush can be powered without being tethered to a wall, as long as you’re willing to find six large R14, batteries to fit inside it, which would seem an expensive thing to do regularly. 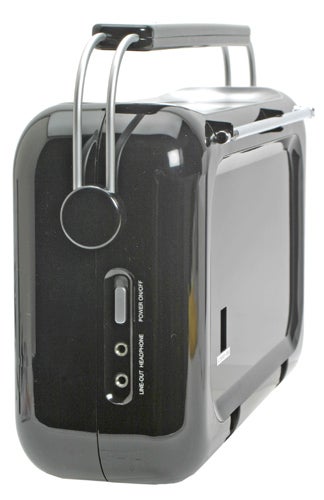 What impressed me as soon as I hit the standby buttons on the radio was how quickly it turned on and started playing. The Pure Evoke 3, seems very sluggish in comparison. Scanning for new stations the first time was very quick and moving between stations was free from lag or delay. This made it very easy to use.

There is a proper off switch on the side, which you might want to use to save electricity when you’re not using it regularly. Next to this is a line-out for feeding to an external source and a headphone socket for private listening.


A point worth making is how good the manual is, being well written in plain English – this seems to be too much to ask from many manufactures these days.


As well as DAB, pressing the mode button switches to FM, which is a good backup should DAB not be available. However, there’s no Medium Wave or Long Wave. When in FM mode the arrows let you scan the frequencies as you would expect and the ten presets can be used and don’t overwrite your DAB ones. 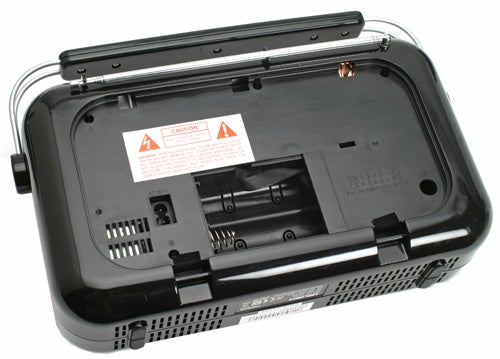 Performance of the FM radio wasn’t great though and I didn’t manage to get a clear inference free signal when testing. However, where there was DAB reception though the Bush performed very well indeed with a loud clear sound that could go seemingly quite loud for the 1.5W RMS speakers without too much distortion. At normal levels the sound was easy and clear to listen too.


The Bush TR04 doesn’t have the advanced features that rivals such as the higher end models from Pure boast, such as rewinding live radio, recording or alarms. This means that it’s best placed in somewhere like the study or the kitchen rather than the bedroom. It is great to look, sounds good ad is easy to use but it will really have to go with your decor to make it worthwhile paying the asking price that’s twice the price of some DAB radios.


If you want a DAB radio that looks stylish, is simple to use and sounds good, then it’s easy to recommend this Bush. The blue backlit touch sensitive buttons are cool and work well but it does pick up fingerprints easily so keep your cleaning cloth handy.