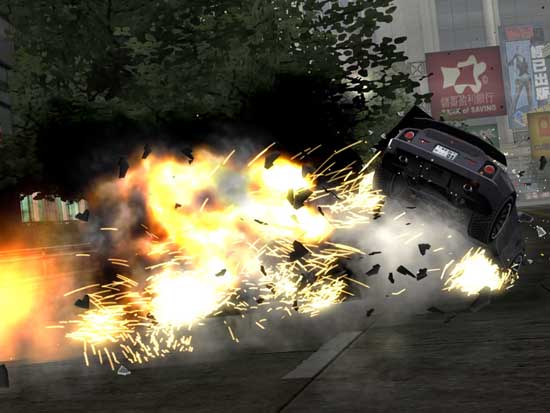 Ever get that feeling that we’re not quite ready for the next generation?


Just when it seems that we’ve exhausted the potential of Xbox, Gamecube and PlayStation 2, along comes something that shows there’s still extra power that can be squeezed out of the current-generation systems; that there’s enough oomph in the existing boxes to slacken your jaw in surprise and wonder. Nowhere has this been more surprising than on the PS2.


Just when we’d got used to it being the Xbox’s whipping boy – the console that can’t do Doom 3 or Far Cry: Instincts – along comes something to prove it can still deliver on the shock and awe front. Gran Turismo 4 did it. God of War definitely did it. And while Burnout: Revenge packs a little more punch in its Xbox incarnation, the PS2 version is a staggering achievement. 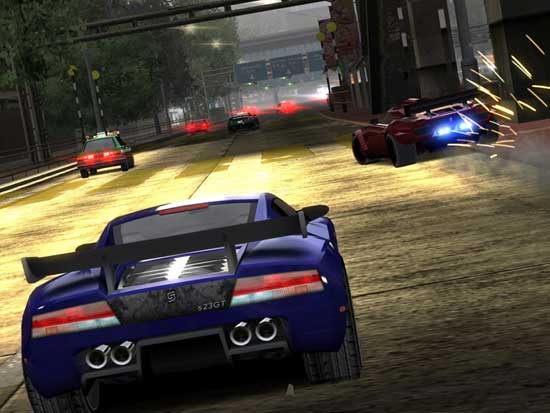 Somehow, that supposedly near-obsolete black box under your TV is handling rich, detailed environments, gorgeous textures, reflections galore, a packed field of racers, heavy traffic and a whole mass of twisting, shearing metal, all moving at ludicrously high speeds with a frame rate that never seems to drop below 60fps for a second. While doing so, it’s running a spectacular if exaggerated physics engine that throws cars around like toys in a playpen, and AI routines that have a vicious, playful personality of their own.


It even has a lovely faux-HDRI lighting effect that smacks more of this year’s new hardware than something five years old. If you see Revenge running and don’t feel the hairs pricking up at the back of your neck, then you’re either stupidly dull or you need to get your sight checked.

Get your ears syringed while you’re at it, because Revenge sounds every bit as good as it looks. From the sounds of steel tearing against steel to the whoosh of the traffic as you boost past or through, this one practically begs for a decent Pro-Logic II surround-sound system (Dolby Digital 5.1 on Xbox). And while the hand of EA is again clearly visible in the soundtrack, which is heavy on the up and coming guitar bands, it all fits the action pretty well. As far as intense audio-visual experiences go, Burnout: Revenge is as good as it gets. Thank goodness for the slick, movie-style replays that flash in after every crash or takedown. They don’t just look good – they give you time to breathe. 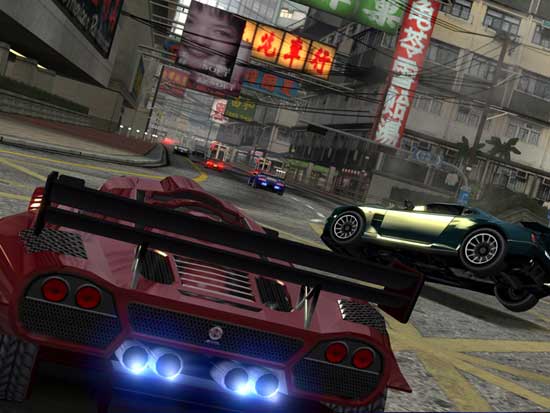 The Burnout team don’t just deserve plaudits for the presentation, however. With each update to the franchise, they’ve managed to do something that radically changes the nature of the game. Burnout was the arcade racer that added boosts and traffic to the genre. Burnout 2 brought gameplay modes, a smoother, more enjoyable structure and the hugely enjoyable ‘crash junctions’ along to the party. Burnout 3 gave us the takedown, putting the gameplay firmly on the offensive. Now Revenge brings us three key transformations: a revised world tour mode that integrates the crash junctions with the regular challenges, a revenge mechanic that gives you bonus points for trashing those who have dared to trash you, and the ability to shove most same-way traffic around like a bowling ball scattering ninepins. 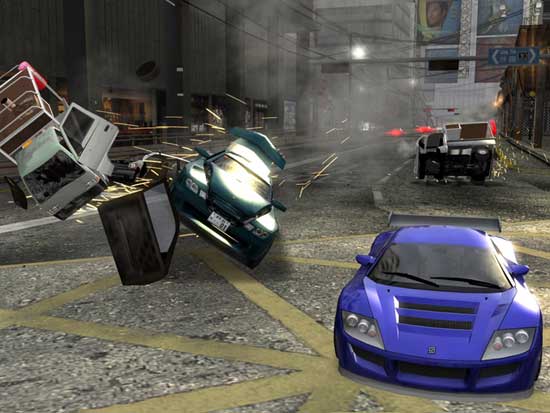 It’s this last move that is the most important, and the most controversial. One of the biggest challenges of old-school Burnout was threading your way through the traffic in the most effective, daredevil way imaginable. No longer. In Revenge you can plough through most everything bar trucks and buses with impunity, and the fact you earn bonuses and boost for doing so makes it almost pointless to hit the wrong side of the road and risk demolition from oncoming traffic. In one stroke, this makes Revenge an easier game to play. Believe me, the purists are going to try it, grumble, and run straight back to Burnout 3.

They have a point, but then chaos and carnage, not precision racing, is the order of the day for Revenge. The crash junctions – those kinetic combinations of action game and puzzle, where you try and cause the utmost destruction from a single crash point – have grown both in number and complexity to the point where they seem even less of a side-game than ever before. New takedown and traffic attack modes similarly push your ability to wreak havoc over your ability to win races, and the trophies and collectable freeze-frames of successful takedowns and pile-ups make this a game for the four-wheeled vandal to treasure. What other game lets you explode your crashed car and try to take your opponents down with the wreck? 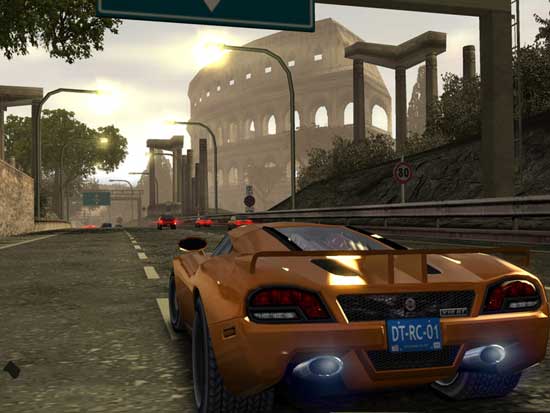 The sheer variety of this gameplay now necessitates a similar huge assortment of vehicles. They’re still copies of popular models, not licensed model themselves – no manufacturer in their right mind would endorse a game like Burnout – but building a selection to cover every event is an important part of Revenge. You’ll win trucks and suped-up stock cars to handle crash junctions and offensive missions, and sleek, speedy racers for the more straight-forward racers. Whatever the vehicle, the handling is distinct to the type but always classic Burnout: hardly realistic, but responsive and satisfying. Ridge Racer aside, no arcade racer does it better.


The same goes double for the tracks. With multiple routes and plenty of obstructions to sweep past or steer the opposition into, they’re perfectly suited to the varying styles of play and – need I labour the point – absolutely beautiful to look at. Thanks to the world tour motif, each has its own personality. The packed streets of a pseudo-Rome are sun-drenched and steeped in history (not that you’ll have time to admire the Colloseum). The alpine tracks give you plenty of height variation and some fiendish hairpins. Far Eastern tracks give you tight turns and tighter streets. Whether you’re making dramatic leaps from elevated side lane or dodging support columns in a crowded shopping district, the experience is impossibly thrilling. 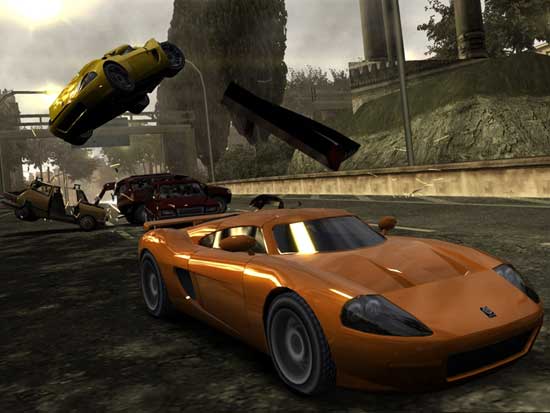 The one major downside is that Revenge tries slightly too hard to give everyone a good time. It might be different for newcomers, but Burnout veterans will cruise through much of the early game without needing to repeat more than a few events. Still, there is an awful lot here to get through and it will take long hours of play before you perfect your scores and near the elusive 100% mark. And that’s without the thrill of racing online. This might be a dumbed-down Burnout, but it’s still the sharpest, most exciting arcade racer in the pack. As long as games of this quality emerge, this console generation won’t die easy.


Despite a few changes that might alienate long-term fans, Revenge is the best arcade racer in town. The ultimate festival of autobahn anarchy.