What is the BT Home SmartPhone S II?

The BT Home SmartPhone S II is a home phone that’s been given a smartphone makeover. Unlike the first SmartPhone, the S II adds Android support, enabling you to browse the web and download apps when you’re not busy taking or making a call.

At £170, however, it’s more expensive than a new Moto G – so not cheap in smartphone terms. Despite the inclusion of some useful features, such as nuisance call blocking, it falls way short of convincing that a home phone is still a necessity. 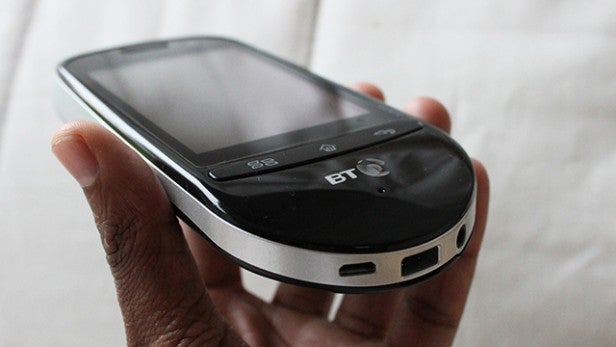 The S II is no looker: it’s made from plastic, with a matte-black rear that’s removable for the purpose of replacing the battery. Its slightly curved design makes the the S II sit comfortably in the hand, plus its light weight means it isn’t a burden to hold for those longer calls.

Along the silver plastic trim you’ll find the on/off button tucked up next to the volume rocker. Down below is a micro-USB port, 3.5mm headphone jack and connector for the charging base.

The S II’s charging cradle is again made from plastic and is finished in a glossy, piano black. It’s accompanied by a remote base station, which hosts the landline phone cable that plugs into your nearest available wall socket. This, too, is made from glossy black plastic and is therefore particularly light, which makes it easy to knock over. On a bedside table or console unit in a hallway, this makes for quite a cluttered setup.

Fortunately, if you don’t have the space for all the above, you can simply plug a micro-USB charging cable directly
into the phone.

The 3.5-inch touchscreen display is more budget than mid-range quality. The resolution is pretty mediocre, displaying washed-out colours and poor viewing angles. Below the screen is a set of physical menu buttons. From left to right, you can launch settings, go back to the homescreen and go back a screen. The S II also includes a 2-megapixel front-facing camera up top, so you can utilise video-call services such as Skype and Hangouts. 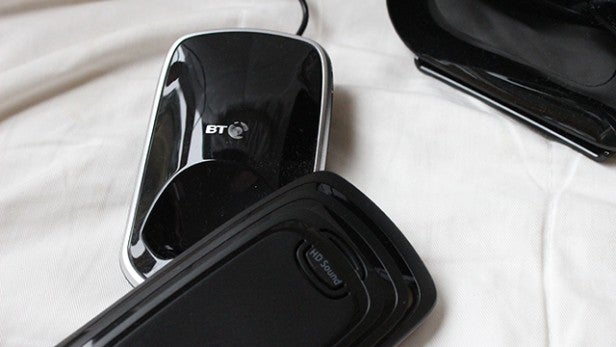 Thankfully, the S II isn’t difficult to set up. Once it’s all plugged in, the process will be familiar to those who have used an Android phone before. First ensure the handset is registered to the base, after which you’ll need to set up a Google account. You can of course use an existing one if you already own an Android phone, which includes connecting to a Wi-Fi network and then you’re good to go.

Once the BT logo has finished spinning, you’ll be introduced to your homescreen. Since the S II runs on Android JellyBean, it feels a little dated. Nevertheless, it’s an easy place to make your way around.

There are additional homescreens and a notifications panel at the top of the display, where you can keep an eye on features such as battery life, Wi-Fi connection and telephone line strength.

While there are a few S II-centric applications on board, there’s nothing here that could be described as particularly groundbreaking. A dedicated answer phone app can be found at the bottom of the homescreen, but the most interesting is the Call control/nuisance call-blocking app.

This allows incoming calls to be restricted to certain numbers in you VIP list through the use of a Do Not Disturb mode, and can even be set to work at specific times. So if you want to ensure your evenings are PPI-call free, then you can set it to kick in from the moment you get home from work, for example. 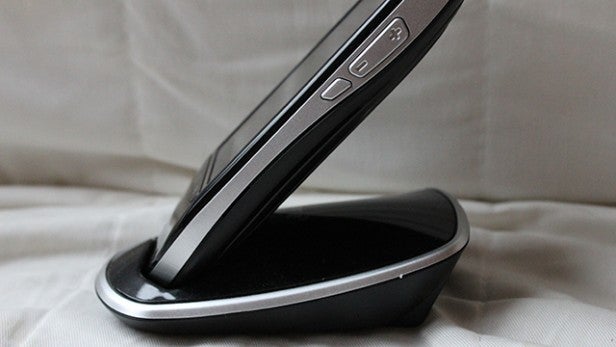 You can block incoming calls from international numbers, withhold numbers or even manually add those that you don’t want to be bothered by. It’s possible to restrict outgoing calls too. Unfortunately, this functionality will require a subscription to the Call ID service. As a Virgin Media customer, this will cost £2.25 a month.

Apart from that, the S II is Android to the core. Access to Google Play will allow you to check in on Twitter or Facebook, or get stuck in the YouTube cycle. Plus, if you’re using an existing Google account, then any assigned contacts will be pulled onto the phone as well. It’ll support up to 1,500 contacts.

What isn’t so great is the paltry 2GB of internal storage; most Android phones at this price have at least 8GB. However, the inclusion of a micro SD card slot, tucked behind the handset’s cover, means this can be easily expanded if you need more room. 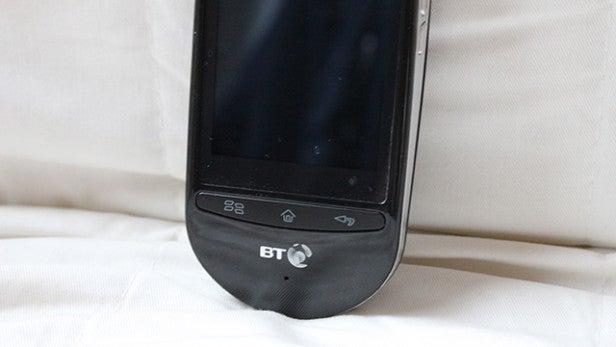 As a home phone, the S II works pretty well. Making and taking calls is simple, and call quality is strong with good clarity. In my time with the S II, there were no dropouts; it’s what you’d expect from a dedicated home phone. The built-in answer phone, too, is decent – although with only 24 minutes of recording time available, there isn’t a huge amount of space for for messages. It’ll be enough for most, however.

The biggest selling point – the S II’s ability to block nuisance calls – works well, too, if you’re willing to put in the effort to ensure all the settings are correct. Otherwise, you could end up blocking numbers that you didn’t intend to. There’s also the fact that you have to add on a couple of extra pounds onto your bill for the feature.

When you move into smartphone mode, the S II delivers a pretty underwhelming experience. The processor at its core clearly isn’t up to the task of doing much more than providing access to some of Android’s less demanding applications. I wouldn’t bother entertaining the idea of playing a game such as Real Racing 3 on here. Using Facebook and Twitter is fine, although even that can be a little laggy and sluggish.

Even the camera pales in comparison to a unit included on a similarly priced smartphone, or a webcam on a laptop. Video quality for both national and international Skype calls was merely average. 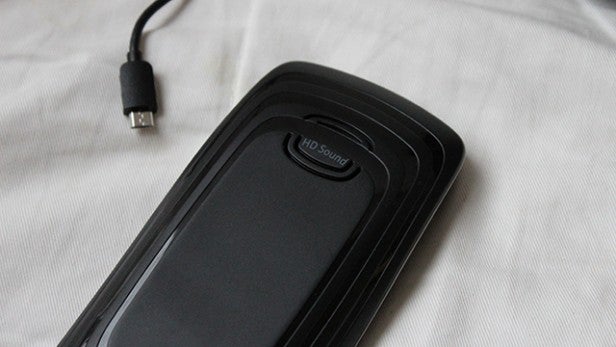 Should I buy the BT Home SmartPhone S II?

You maybe somewhat bewildered to discover that there remains a demand for a home phone, but there are obviously some folk out there who continue to make use of it. If you’re of the opinion that the SmartPhone S II can bridge the gap between home phone and smartphone, then I’d suggest holding onto your money.

While it performs the basics well, the smartphone features are merely average. In fact, you could get better from a dedicated smartphone for less money. Those attracted to the S II for its nuisance call-blocking feature should note that there’s a solution that doesn’t require buying a new phone. The BT SmartTalk app offers similar restrictions to BT customers for their smartphone and will let you make use of the landline call price plan on iOS and Android handsets.

BT’s second attempt at a smart home phone is better than the first, but hardware compromises deliver an underwhelming smartphone experience.