A few years back when mobile phones really had become commodity items I started asking a question that seemed mind numbingly obvious – why can’t I have a phone that uses a mobile network when I’m out and about, but functions as a landline phone when I’m at home? Unfortunately that question went unanswered, no matter how many network operators I talked to, or landline providers I quizzed. But as Dylan once said, the times they are a-changin’.


It comes as no surprise that it’s BT that is finally offering the solution that I had craved for so long, but the implementation is not exactly as I had expected. Rather than a mobile phone switching from using a GSM network to using a landline network, BT’s Fusion product becomes a VoIP phone once you get home. 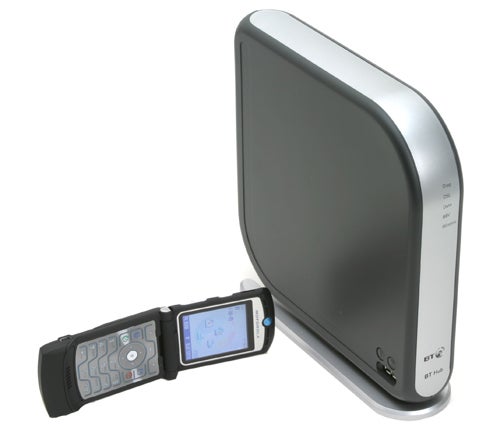 Fusion comes as a bundle. You get a choice of two mobile handsets, both from Motorola – you’ll probably go for the V3 Razr just because it looks so much better than the V560. You also get a wireless router with a two port Ethernet switch. There’s also Bluetooth built into the router, since this is how it communicates with the handset.


The complete bundle is free, although you do have to sign up for a minimum 12 month contract. The contracts work in a very similar way to standard mobile phone contracts – there’s BT Fusion 100, 200 and 400 with each package offering a different total of free voice minutes per month. You can purchase each package on a 12 or 18 month contract – if you go for a 12 month you get the first six months at half price, while if you opt for an 18 month contract the first year is half price. Each package also comes in two flavours, the standard version and a slightly more expensive option which gives you free evening and weekend calls to UK landlines. 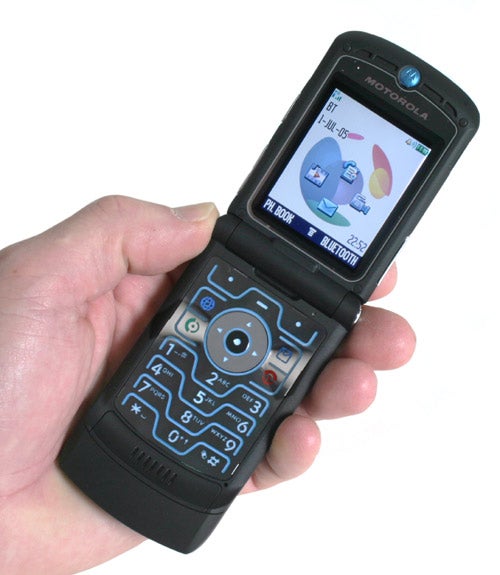 I’m going to base this review on the BT Fusion 200 Evening and Weekend Plan with an 18 month contract. This means that for the first 12 months you’ll be paying £14.99 per month, which will increase to £30 per month thereafter. You also get three months BT Broadband free, whether you’re a new customer or an existing one – and there lies one of the problems with BT Fusion.


As mentioned above, when you’re at home Fusion routes its calls over your broadband connection, but the package will only work if you have BT Broadband. So, if you already have broadband installed at home from another ISP, you can forget about getting Fusion. Of course you could switch to BT Broadband, but that’s assuming that you’re out of contract – plus every one of BT’s broadband packages have a download cap, so if you’re in the habit of downloading loads of music, video or data (legally of course) you probably won’t want to switch to BT Broadband.

Setting Fusion up is pretty simple – the router hooks up just like any other wireless router and pairing it with the phone is just a simple button press. And that’s pretty much it, you’ve then got a mobile phone that will automatically switch to VoIP when you’re in range of the router. 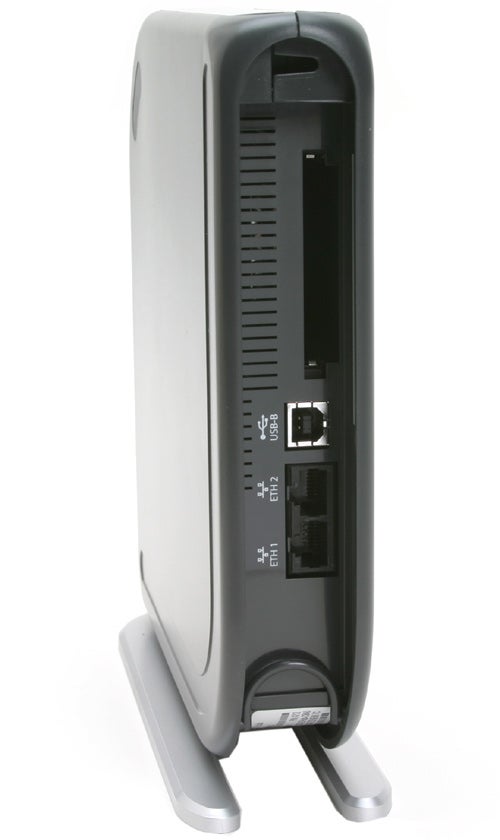 How well does Fusion work? To be honest, it works very well indeed and the switch from broadband to cell coverage is totally seamless. I initiated a call from inside the house via the BT Broadband connection and the call quality was superb – it was almost impossible to ascertain a difference between a call made over Fusion and one made directly from the landline. While talking to Benny on the phone I proceeded to walk out of the front door, down the stairs, out onto the street and then about a mile up the road. Neither Benny or myself could tell when the phone switched from its broadband connection to the BT Mobile cell coverage, it really was imperceptible. I tried the same experiment the other way around, making a BT Mobile call and walking back home – according to the phone it had switched to BT Broadband as soon as it was in range, but obviously it’s harder to tell this way around.


So, Fusion does exactly what it’s supposed to and does it very well. The transition between networks is seamless, the VoIP calls over BT Broadband offer some of the best call quality I’ve encountered and once setup, everything just works. If there’s one issue it’s that the cost of the calls isn’t quite as low as I would have hoped. 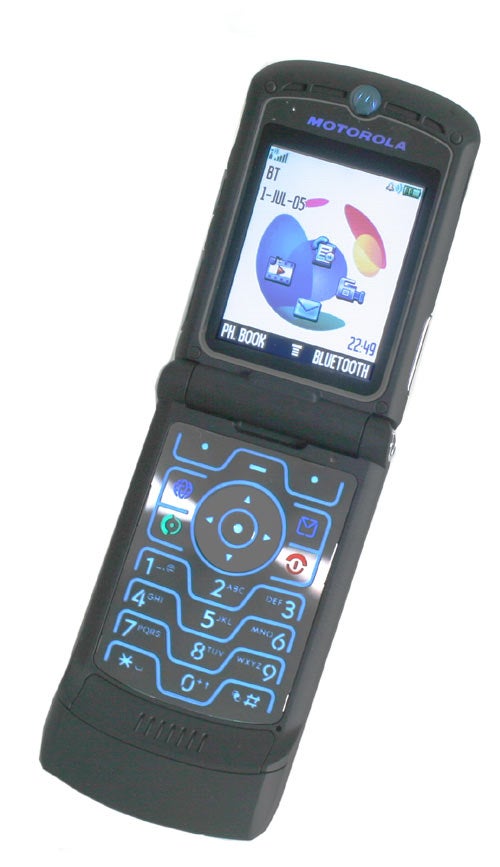 The BT Fusion 200 Evening and Weekend plan obviously means that you get free calls in the evenings and weekends to any UK landline via BT Broadband. However, what shocked me is that calling a different mobile network via BT Broadband will set you back 30p per minute – that’s exactly the same cost as making the call on the BT Mobile cell network. Now you can use the bundled 200 minutes via BT Broadband as well as when you’re on the BT Mobile network, although this wasn’t made very clear until I queried it with BT. It’s also worth remembering that you’re still going to have to pay for your BT Broadband after the first three months, which is going to set you back a minimum of £17.99, or £29.99 with a far more realistic 40GB a month download limit.

If you compare this to the Carphone Warehouse’s £9.99 per month Talk Talk 3 plan, then Fusion starts to look slightly less compelling. Talk Talk offers you free calls to any UK landline at anytime of the day, rather than just the evenings and weekends of the Fusion package. On top of this you get free international calls to 28 different countries. You also get totally free 8Mbit broadband with Talk Talk, complete with the same 40GB download limit as the top BT Broadband option. Of course you’re not getting a mobile phone as part of the bargain, but since you’re not paying for broadband, or for landline calls at anytime, or even for international calls to many countries and the actual plan is cheaper, things definitely swing in Talk Talk’s favour. 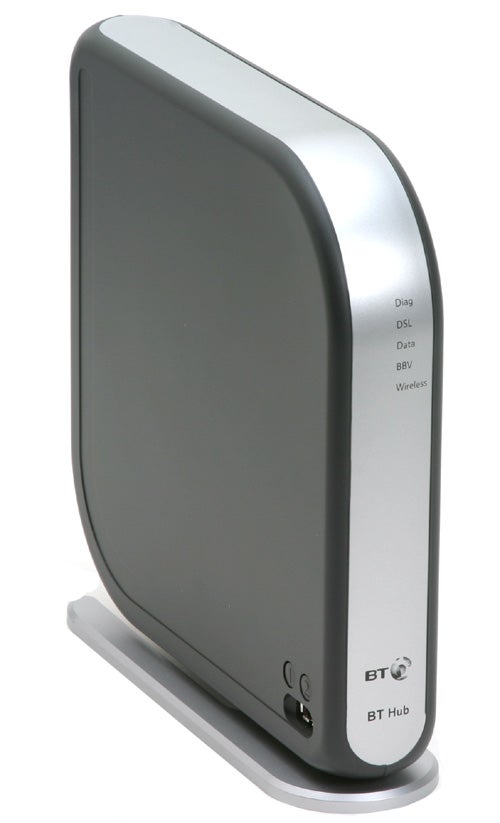 But even if I take options like Talk Talk out of the equation, Fusion still struggles to justify itself. Yes, it does everything it’s supposed to do and does it well, but for me the need for a phone that switches from being a mobile when you get home is no longer there. The mobile network operators are just throwing so many free minutes at consumers to either keep them as customers, or tempt them away from the competition. I myself have so many free minutes every month that I never bother to make a call on my landline, I just use my mobile for pretty much every call, so why would I want my phone to switch to VoIP when I walk through my front door?


If Fusion had offered significant cost savings over other telecom packages, then the neat, seamless switching between networks would have been a great addition to the package, but unfortunately there are better options to be had elsewhere.


With Fusion BT has created a product that I’ve been waiting a long time for, and it works pretty much flawlessly. However, I’ve been waiting so long for a product like Fusion to arrive, that I’m just not convinced that anyone needs it anymore. With mobile contracts giving hundreds of free minutes and landline packages that let you call almost anywhere for nothing, Fusion has very little to offer the consumer.