What is the BT 11ac Dual-Band Wi-Fi Extender?

The BT 11ac Dual-Band Wi-Fi Extender is BT’s fastest Wi-Fi extender, offering dual-band operation at up to AC1200 speeds. It includes an Ethernet port for attaching wired devices. If your Wi-Fi signal struggles to reach across your home then this could be the perfect solution.

Although rated to the fairly rapid AC1200 standard, this isn’t a large, router-like extender such as the Netgear EX7000. Instead, it’s contained in one plug.

However, it’s quite a big plug. Measuring 119 x 69 x 52mm, it’s likely to interfere with adjacent plugs in multi-socket extensions, though most household dual-sockets with switches should be fine. 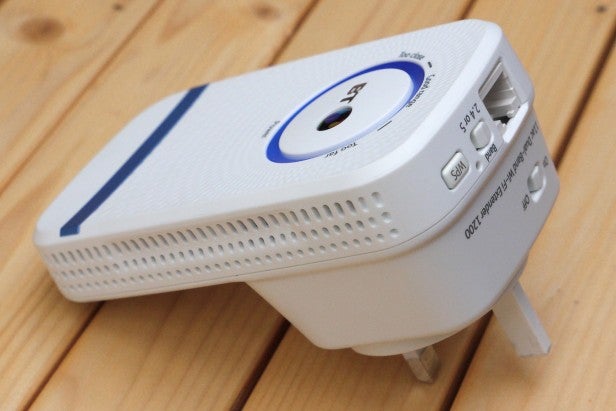 Unlike the BT Dual-Band Wi-Fi Extender 600 (9WW6W500), the 1200 is a white device and so should blend in with the skirting boards of most homes a little better. It has a couple of flashes of blue, plus a few blinking lights, but it’s otherwise fairly unobtrusive and is made from a tough matte-finish plastic.

I liked the general balance of features on the 9WW6W500 and the same is true of the B15PWS00.

Joining the dual-band wireless network, there’s a single Ethernet port for plugging in non-Wi-Fi-enabled devices such as a desktop computer, NAS drive or an older TV. Or you could use it to plug in a network switch to then attach a host more devices.

There’s an On/Off switch, which is a useful energy-saving featureif the extension sees only occasional use.

A selector switch allows you to pick which band the extender will choose to, well, extend. The general rule of thumb is that you’ll get faster overall performance using 5GHz, but greater range using 2.4GHz. It’s best to experiment to discover which works best for you. 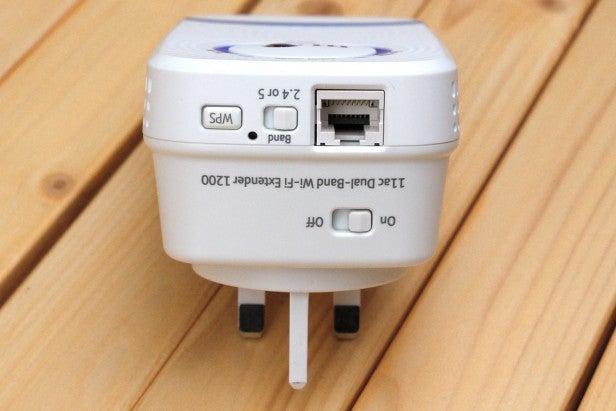 To help determine the optimal setup, on the front of the extender sit a trio of LEDs that indicate if the extender is too close or too far away from the original Wi-Fi signal.

This model lacks a USB port for sharing printers or files from USB sticks, but this is a fairly uncommon feature for this class of extender.

Setup is as straghtforward as I’ve come to expect of Wi-Fi extenders these days. The easiest option is to use WPS, where you simply press the WPS button on your router then on the extender and the two will communicate and connect automatically. The extended networks setup will set up with the same name (with an added “EXT”) and password.

Alternatively you can connect directly, via Ethernet or the extender’s default Wi-Fi signal to set up the device through a browser. Either way is quick and easy. 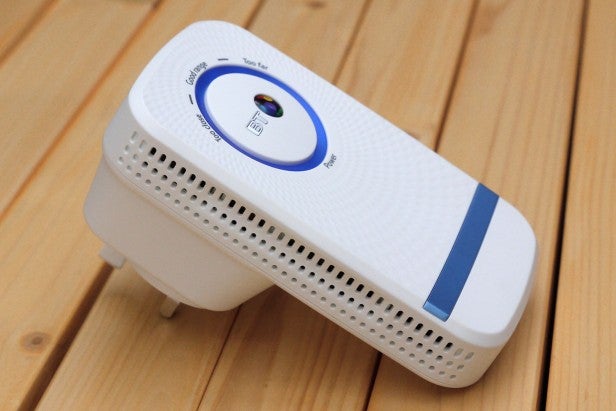 The BT 11ac Dual-Band Wi-Fi Extender 1200 is ideal for home use in partnership with a high-end router that supports the AC1200 standard or higher.

Those with older routers should instead look at upgrading their router, or opting for a cheaper extender that matches their router’s performance.

Delivering great performance for its class, the 11ac Dual-Band Wi-Fi Extender 1200 includes a good balance of features, alongside that all important Ethernet socket, which means that wired devices, too, can get in on the act.

The only slight sticking point is that you can get pretty close to the same performance for a little less money; several extenders come close for nearer the £40 mark. Overall, however, the Extender 1200 offers decent value.

The BT 11ac Dual-Band Wi-Fi Extender 1200 is a great Wi-Fi extender for those looking for top-notch performance without breaking the bank. It’s simple to set up and provides great reliable Wi-Fi performance in a tidy package.