Labelling can take many forms, from adding an address to an envelope, to signage in offices, shops and around the home. There’s quite a market for labelling machines, from the humble handheld Dymo embosser through to fully electronic, PC-enabled desktop machines like the Brother P-touch 2730. This is one of the latest in a long line of dedicated, laminated tape labelling machines and really does have all the bells and whistles.


About the size and shape of a half-scale portable typewriter, this machine, in its dark slate and ice-white case, looks neat and functional. The miniature, rubber keyboard includes a number of special keys to help insert symbols and accents and to control the look of the text itself. 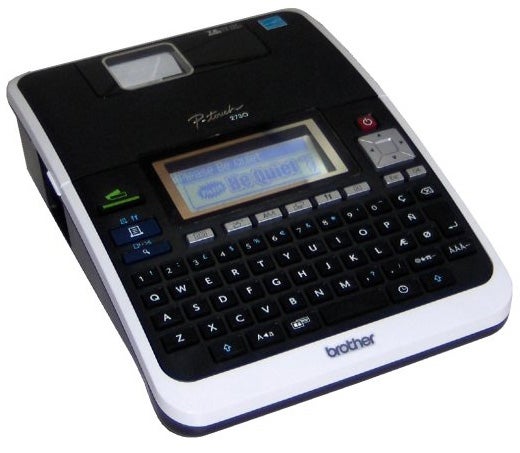 Behind the keyboard is a fully bitmapped, backlit LCD display, which can show up to four rows of characters as well as simple black-and-white graphics, of which the machine has a huge array. These range from technical symbols, through lots of simple clipart to full templates and pre-designed labels, where you just edit the text to suit your needs.


All labels are printed on one of Brother’s range of TZ label cartridges, with widths varying from 3.5mm up to 24mm and with a range of background colours. All cartridges offer 8m of tape and vary in price mainly according to their width. The cartridge clips into a holder under a flip-up cover at the back of the machine and installation really is the work of seconds.


Although the Brother P-touch 2730 can be used entirely independently, working from the LCD panel and keyboard, there’s also a USB socket on the right-hand side, so you can connect the machine to a Windows PC or a Mac. 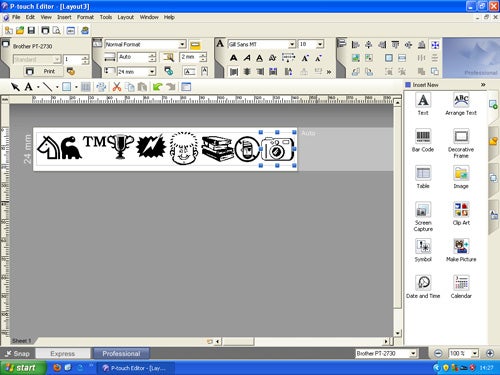 Brother’s own label-editing software, P-touch Editor, is a well-designed piece of software that will be very familiar to anybody who has ever used a desktop publishing program. With it, you can do everything from typing in a simple text label to adding frames, rules and bar codes, or loading predefined templates, which you can adapt to your particular requirements. It has both Express and Professional interfaces, so you can delve into it at two different levels, depending on how frequently you print labels and how much time you have available.


As well as providing access to all the supplied Brother templates and fonts, using the P-touch Editor adds in all the fonts installed on your PC or Mac, giving you much more typographical scope.


Also on the right-hand side of the machine is a socket for a low voltage power supply and a suitable power plug is provided in the hard plastic case the printer is supplied in. You can run the printer from AA batteries, as well, though you will have to clip eight of them into the compartment on its underside.

Given that you’re likely to be printing fairly short lengths of tape, print speed is not a major consideration with this machine. However, we printed a 100mm, two-line label in 17s, which is reasonable.


The TZ tapes the Brother P-touch 2730 uses are laminated, with a layer of clear PET bonded to a clear thermal layer and a coloured substrate. The thermal printhead heats the centre layer, which turns black, while still leaving the back and front of the label flat and unembossed. It has a resolution of 180dpi, giving a clean-cut, though sometimes slightly jagged, image. 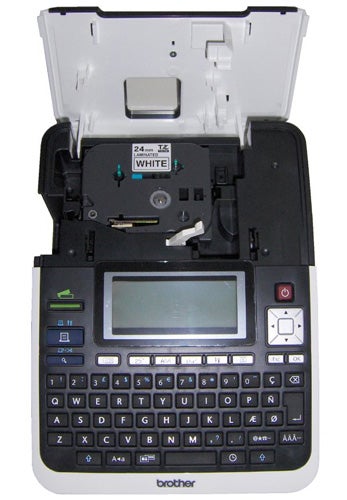 One of the first things you notice when printing a label is that each one is preceded by the printer feeding a 23mm length of blank label and cutting it off. It’s a function of the way the mechanism is designed that it has to feed and waste these bits of tape.


And it’s quite a bit of wastage, particularly if you print short labels, individually. Using a typical label length of 100mm, this 23 per cent waste amounts to nearly 2m of tape in an 8m cartridge. If you print labels in sets, continuously, only the first label generates a 23mm tab. Rival Dymo printers don’t have to cut these tabs off, though they do have a minimum 12mm margin on their labels. It appears Dymo does this by backing the tape up before starting to print. 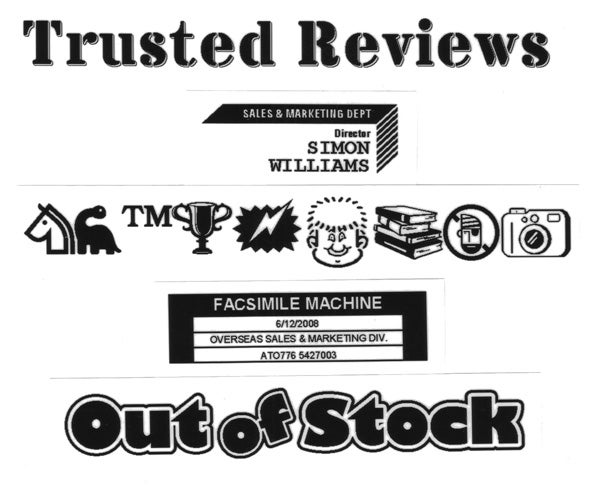 
The cost of TZ cartridges ranges from £8-£12 depending on width and we costed the printer using the cartridge supplied with it, which contains a 24mm wide, black-on-white tape. Again, assuming an average length of 100mm per label and that the vast majority will be printed individually, we allowed for the 24mm waste and produced a cost of 21.1p per label.


This is certainly not a price where you’d want to use the printer for labelling envelopes, though given the robustness of the all-plastic labels, they’re likely to be used for labelling in more arduous environments. The printer itself has an RRP of £140, which is steep compared with printers like Brother’s own P-touch 2100, though the new machine won’t be available before the beginning of 2011, so we don’t have a typical Internet price, yet.


Brother’s P-touch 2730 is a versatile stand-alone or computer-connected label printer, which produces high-quality labels in a number of different colours and widths with the minimum of fuss. The label cartridges are not that cheap, but are competitive with those for the machine’s main rivals, although it’s a shame about the wastage. The PC and Mac software supplied extends the stand-alone printer’s use and the wide range of pre-designed templates and samples increases its versatility further.