We’ve looked at a number of different types of label printer at TrustedReviews before, but they’ve all been designed for use in an office, attached to a computer and primarily for printing addresses.


Brother’s P-Touch range is rather different, though, since they are just as happy to print independently of a PC, as well as connected to one by USB. To that extent, the P-Touch 2100 even comes with a rugged plastic case, so you can rush out to the nearest troublespot and reduce tension with much-needed labels. 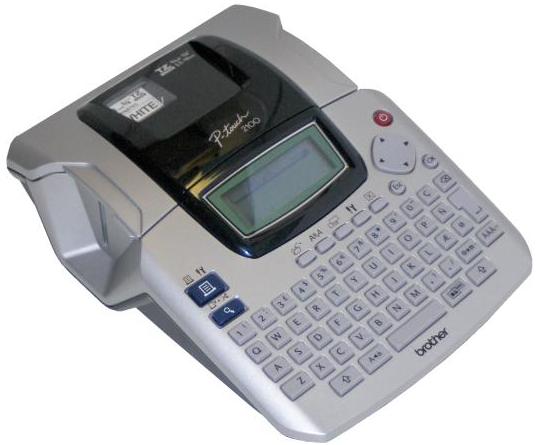 The printer is about the size of a small home projector and for some reason – possibly because we watch too many classic videos – vaguely reminiscent of a Star Wars snow speeder. The machine has a silver body, with a black underside and a black canopy in the middle of its top surface holding a mono LCD display. Although, most of the time, this display shows three lines of 16 characters, it’s fully bitmapped, so can display symbols and other graphics, too.


In front of the display is a full QWERTY keyboard, using rubber keys, roughly 7 x 9mm. The keyboard works well enough and since most labels are relatively short, is comfortable enough to use. There are a few extra keys around the standard set, including one for flicking through the symbols built into the printer, several to cope with European accents and a set of five function keys for filing, font changing, label parameters, settings and clearing the contents of a label.


On the left-hand side is a vertical slot where the labels comes out and on the right are sockets for the 9V power supply provided with the machine and for a USB connection to a computer. Underneath there’s a battery compartment where you can fit six AA batteries, so the printer can be used independently of mains power. 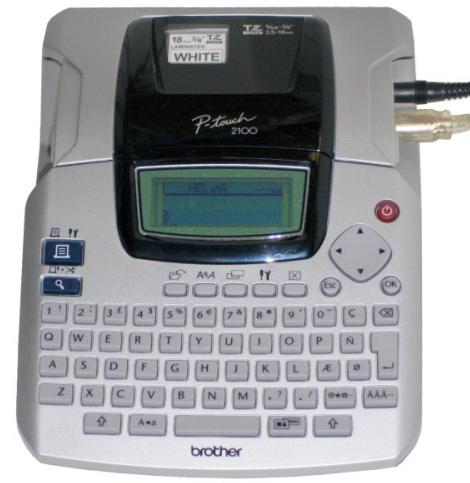 The only physical installation necessary is to clip the tape cartridge into place under the top cover of the P-Touch 2100, which swings up and back. To use the printer standalone, type the characters you want and they appear in the bottom line of the LCD display.


You can edit them, change their size, font and style and add symbols and borders. Predefined templates are also available for particular kinds of label and can be selected from a series of well-organised menus.

This is a versatile label printer in its own right, but when it’s connected to a computer and used with the supplied P-Touch Editor, it’s even more versatile. This is the best label editor we’ve seen and includes templates for CD and DVD cases, memory cards, videocassettes, organisers and address labels, though it would be expensive to label your letters this way. 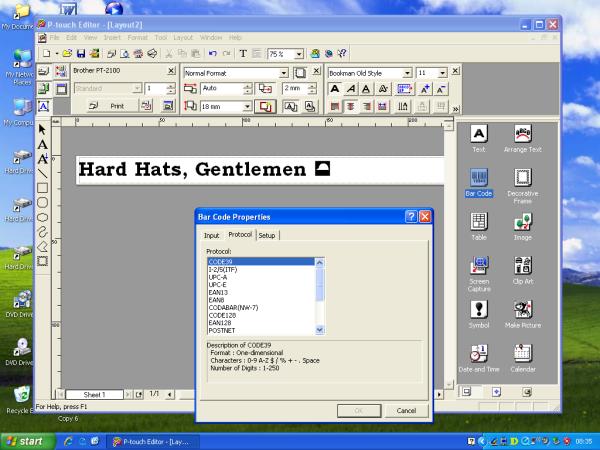 The editor shows exactly what your label will look like, including showing an infinitely long strip (well, part of one), if you choose Auto for the label length.


The speed of a label printer isn’t a major specification, as most of the time you’ll be printing small runs of short labels. A 100mm label took 18s to print from a PC, which is adequate, without being lightning fast.


The only unfortunate aspect of the print process is that, by default, the printer feeds 23mm of tape through and snips it off before starting to print each label. This means that with a standard 8m long tape in a Brother cartridge, over a metre of it will be lost, if the average label length is 100mm and labels are all printed individually. 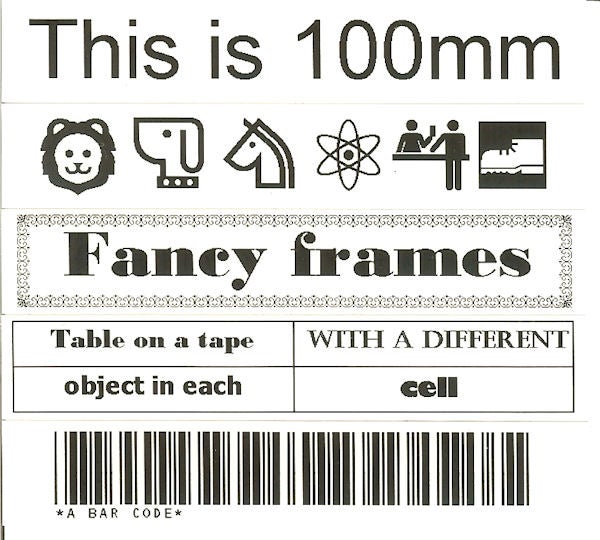 The amount of waste can be reduced, but only by increasing the margins on either end of each label to 24mm. By contrast, most Dymo tape printers have label margins of around 12mm.


The 180dpi thermal printhead heats the substrate of the label below its transparent PET top layer, so when its printed, there’s no embossed surface to damage, if it gets scraped. 180dpi isn’t a very high resolution so, although print is jet black, character edges can look quite jagged close up – fine at a distance, though.


The printer also reproduces clip-art and symbols (of which Brother provides a very good selection) clearly and even manages some dithered greyscales. 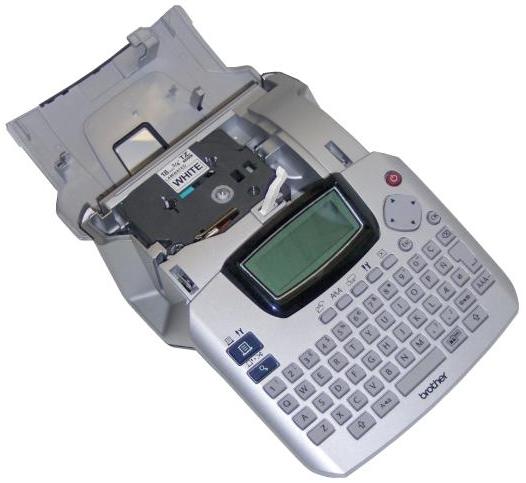 
This isn’t cheap, as the Dymo LabelWriter Duo costs 15.80p, but for a 24mm tape width. With a Brother cartridge costing just over £10, though, it probably won’t seem too onerous.


It’s very easy to think of uses for this printer, apart from the obvious labelling of files, jars and boxes. The labels it produces are easy to read and durable, though Brother remains vague on times and standards used in producing its claims. The PC software is very versatile and nearly all the functions can also be reproduced in standalone mode, even battery operated, though it may take a few more menus to get there. At around £75, it’s quite a bargain.