Brother has been making neat, well-featured all-in-ones for many years and each new generation gets more refined and useful, though the core piezo inkjet engine is still much the same as before. The MFC-J825DW is near the top end of its new range and includes duplex, direct CD/DVD print and a nifty new bit of software in its feature set. It has also added a jolly little wake-up tune, when the machine is switched on.

With only slightly less glossy black than a plastic baby grand, Brother has broken up the gentle curves of the lid of the machine’s 20-sheet Automatic Document Feeder (ADF) with some subtle line decoration. The middle section of the lid flips over to become a steeply raked paper feed.

In front of the scanner lid is a well organised control panel, with Brother’s trademark wide-aspect touchscreen in the centre, flanked by large, illuminated mode buttons to the left and a fax number pad and Start and Stop buttons to the right.

Over the front lip are slots for SD and MemoryStick cards and for PictBridge cameras and USB drives. There’s also a pull-down feeder, which pops out to take the CD and DVD carrier for direct disc printing, which is very convenient.

The slide-out, 100-sheet paper cassette has a 20-sheet paper tray built into its top, but you have to remove the cassette and slide the photo tray forward manually, before you can print photos, which is much less convenient 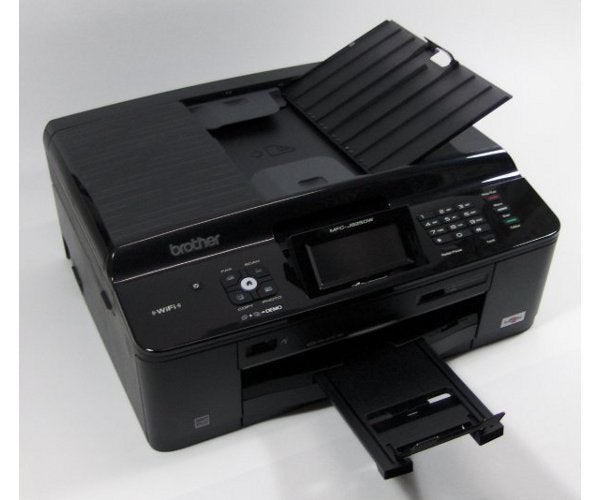 The software bundle includes Nuance PaperPort SE and Brother’s own multifunction suite, but there’s a new applet which is possibly more useful than either of these.

Brother’s iPrint&Scan, as the name suggests, prints from phones and tablets via WiFi, but without the need for separate drivers. It isn’t the same facility as HP and Kodak have added to their machines, as it doesn’t work over the Internet or require the printer to have an individual IP address.

It can, however, both print to and scan from the all-in-one onto a handheld device –there are versions for both iOS and Android – and then crop and rotate images before storing or sending them on. We tried it with a Samsung Galaxy Mini smartphone and were impressed with the program’s speed and convenience.

Brother claims speeds of 33ppm for black and 27ppm for colour prints from the MFC-J825DW. While these may well be draft speeds, they’re still nearly three times higher than those we saw. Our five-page black text print produced 7.7ppm and the longer, 20-page document gave 9.0ppm. A draft five-page document returned 11.1ppm.

The speeds are all more than respectable for an inkjet in this class and will be the envy of many competitors, so why does Brother feel the need to hype them further? The machine also prints duplex and our 20-side/10-page document gave 4ppm, again a very reasonable result. 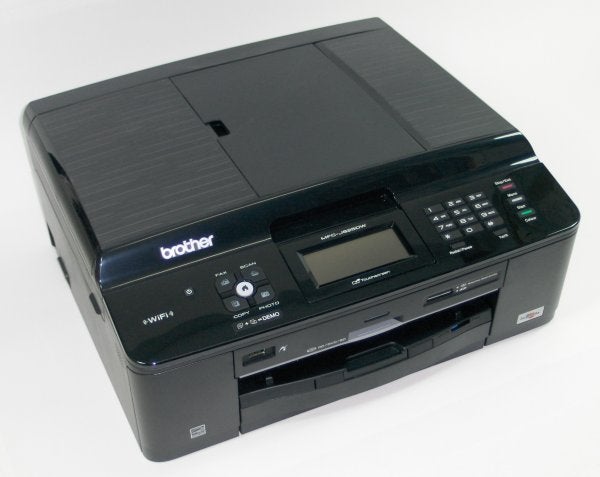 Print quality is no better than OK, with fuzziness to black text when you look at all closely. The draft font is very different from the normal one and is dotty enough that you’ll want to reserve it for internal documents. Duplex pages suffer none of the size reduction some other machines show, when compared with single-sided pages.

Colour graphics, while smooth and showing no banding, are a little light in hue and this is much worse with a colour copy, when bright colours start to look really washed out. Photo prints also come through looking slightly insipid. 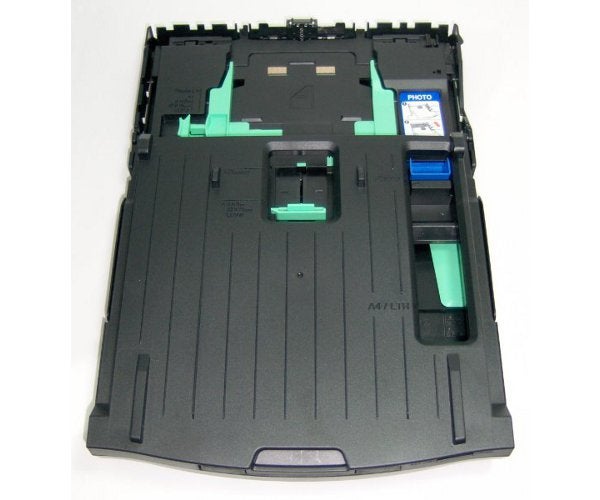 The four ink cartridges the machine uses are available in two capacities and using the higher yield versions gives running costs of 3.8p for a black page and 9.4p for a colour one, both including 0.7p for paper. These costs are respectable and broadly in line with other machines in the £100-£150 price bracket.

Verdict
You can’t fault Brother for the facilities offered by the MFC-J825DW: duplex print, direct CD/DVD print and easy print and scan from a mobile device are all very welcome. Photo printing is still fiddly, though and the main concern is print quality, which is not as good as from most of the machine’s main rivals.