Colour laser printers and multifunctions still have advantages over their inkjet cousins. They are generally quicker and, being a completely dry printing process, have much less trouble with fuzziness due to ink spreading into the paper. Against this, for colour work they still don’t have as broad a colour range as inkjets can produce, meaning they’re not as good for printing photos.


Brother’s MFC-9320CW is a small-office or workgroup multifunction machine, including fax and walk-up printing at a good price and with one key interesting feature; it’s an LED printer rather than a true laser. 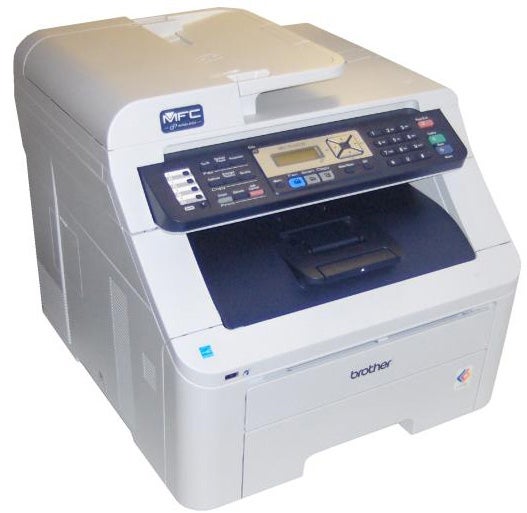 Until now, the only mainstream printer maker not to use laser technology for its ‘laser’ printers and multifunctions has been OKI. This company pioneered the use of strips of high intensity LEDs to illuminate the photoconductor drums in their machines, rather than lasers. The advantage of using LEDs is that the mechanisms necessary to create images on their drums are a lot simple and cheaper, and involve far fewer moving parts.


Now Brother has decided to market LED-based printers, it’s possible it will start a trend, if only because of the cost advantages. Well, actually not only the cost advantages, since LED printers can produce very good quality prints.


Although the MFC-9320CW has a generally conventional layout, there is a steep rake to its front, as the print section of the machine is quite a bit deeper than the scanner and control panel, combined. The scanner, which has a 30-sheet Automatic Document Feeder (ADF), is well integrated into the top of the multifunction and the control panel, while crowded with buttons and display, is still logically laid out in functional groups.

So there are eight quick-dial buttons at the extreme left and specialist attribute keys for fax, copy and print. A 2-line by 16 character, backlit LCD display in the centre has large, illuminated mode buttons and a four-way square of navigation keys, a number pad for fax dialling and entry of passcodes and buttons to start and stop scan and copy jobs.


Below the control panel is a single USB socket, which unusually supports PictBridge as well as USB drives, and below that is a 250-sheet paper tray with a single-sheet feed directly above. At the back are sockets for USB and Ethernet connections, but the machine is also equipped for a wireless link.


A wireless setup wizard is provided, but is a bit long-winded, as you have to enter the WEP passcode using the machine’s number pad. Drivers are supplied for Windows, OS X and Linux, via CUPS. The Windows drivers are host-based, so don’t explicitly support PCL or PostScript.

Brother’s speed claims for the MFC-9320CW aren’t that outlandish, at 16ppm for both black and colour print. Under test, we got quite close, with our five-page text print producing 10ppm but the longer, 20-page test boosting that to 13.33ppm. The five-page text and colour graphics test recorded a slower 7.69ppm, however. 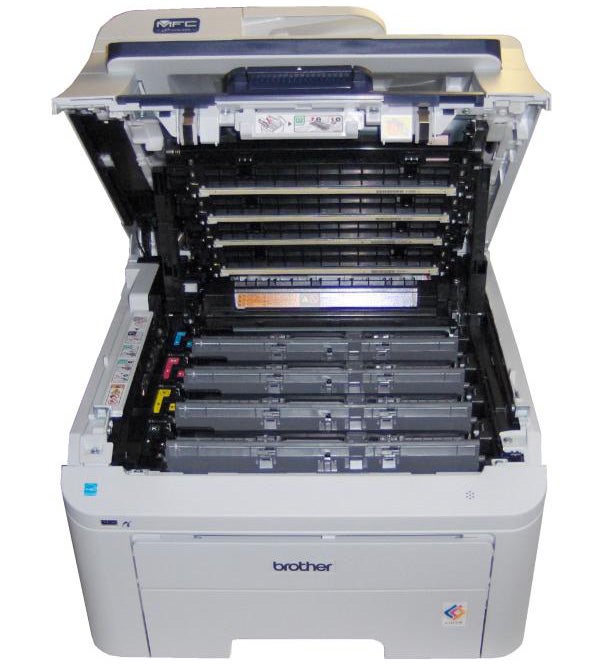 We copied a single, colour, A4 page in 33 seconds and a five-page, black text document from the ADF in just 30 seconds. Both these results are impressive and make the machine a useful photocopier, as well as a printer and scanner. There’s no duplex function on the machine, though instructions for manual duplexing are included.


Print quality is easily as good as an equivalent laser printer, with sharp, clean text print right down to small point sizes and clear, intense, solid colours for business graphics. Fills are smooth and bright and registration of black text over colour is very tight. A colour copy, while not quite as intense, still does pretty well at reproducing an original.


Perhaps the most surprising aspect is the quality of photos. While colours aren’t quite as natural as we’ve seen from some inkjets, with something of a yellow cast in some of our landscape shots, it’s still better than many lasers we’ve seen, particularly in terms of foreground detail. With a little work on the colours, this could be a really good vehicle for colour proofing. 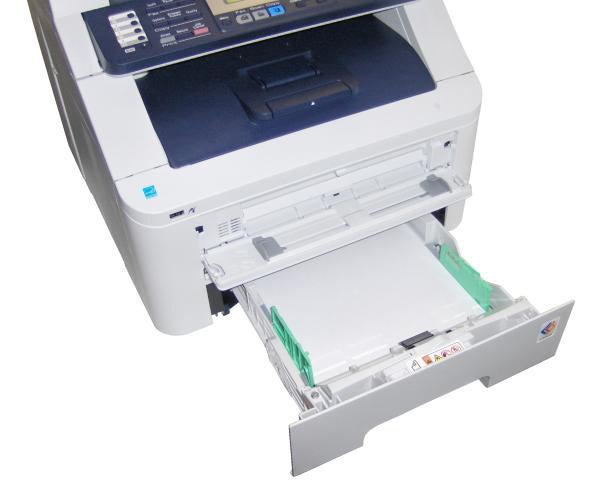 The black and colour toner cartridges are available in just one capacity each: 2,200 pages for black and 1,400 pages for colour, but you also have to buy a separate drum unit, which has a service life of 15,000 pages. Working through the maths gives a cost per ISO black page of 3.65p and one for ISO colour of 14.21p, both including 0.7p for paper.


This machine shows that LED multifunctions can produce print easily up to the quality of equivalent lasers and do it with much simpler print mechanisms. Print costs from the MFC-9320CW are relatively high, though, which is a shame as it raises the total cost of ownership above that of some of its competitors. It’s a very feature-rich offering from Brother, but it’s not that cheap.