Desktop mono laser printers may not be as popular as they were a few years back, but there are still a lot of them about and any new model from Brother is worth a look. Brother now claims to sell more lasers than any maker except HP and if the HL-5350DN is anything to go by, you can see why.


There’s nothing particularly unusual about the look of this machine, with light and dark grey panels much in evidence and a corrugated top surface with high-gloss highlights. It has a fairly conventional ‘print cube’ look about it and both internal and external layouts are conventional for this type of machine. 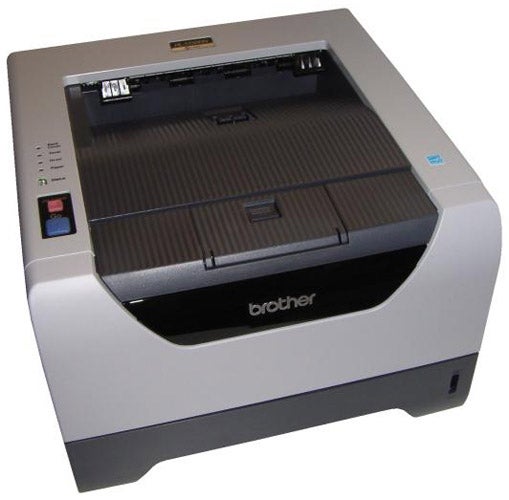 A 250-sheet paper tray at the bottom has a wide grab slot at the bottom and a second tray of identical capacity is available as an option. Pages all feed to the top cover, where there’s a fold-up paper stop at the front and a second, rather unusual one, close to the output feed slot.


The control panel consists of five leds for various status conditions, including a tri-colour indicator that shows when data is being received or there’s a cover open. Two buttons in front of these indicators cancel a current print job and restart one, though this second Go button is of less use on a printer than on a multifunction machine. 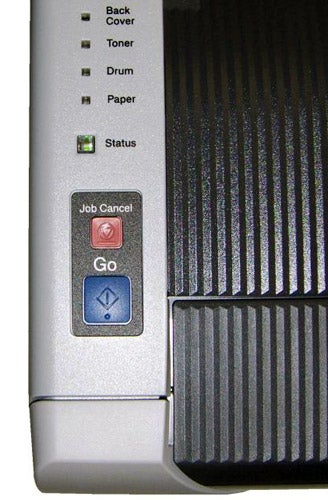 At the back are sockets for USB, Ethernet and legacy parallel connections. This printer should be able to fit into most office environments without any noticeable changes in the infrastructure. There’s no wireless connection, but the HL-5370DW offers this for around £35 more.


Pull down the whole of the front cover and you have access to the combined drum and toner cartridge. The drum is designed to produce 25,000 pages, while the clip-in toner cartridges offer enough toner for 3,000 or 8,000 pages, depending on model. The combined cartridge slides easily in from the front.


Software installation is easy enough and happens automatically when you run the setup program from the supplied CD. There are drivers for Windows and OS X and, for Linux users, support for both CUPS and LPD/LPR.

Brother rates the HL-5350DN at 30ppm and although, as usual, we didn’t see this speed in our tests, we got reasonably close with our longer, 20-page test document. The test completed in 52 seconds, giving a speed of 23.08ppm. For a relatively small desktop printer, this speed is above average and even on shorter documents, such as our five-page text test, it still managed 16.67ppm. This dropped by about 3.5ppm when printing our greyscale graphics document, but is still a healthy speed for a small business machine. 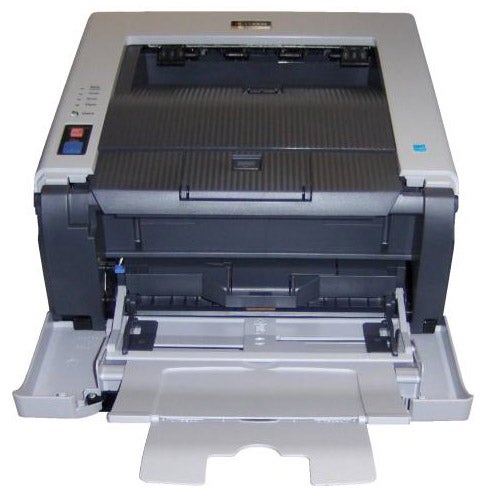 This printer offers duplex print as standard and our 20-side or 10-page, duplex document took 1:38 which is equivalent to 12.24 sides per minute. Subjectively, there’s virtually no pause between printing the first and second sides of each page and you’re unlikely to be spending a lot of time waiting for print jobs to finish.


Print quality, as we’ve come to expect from Brother machines, is very good. Black text is crisp, well formed and with no sign of jagged edges, even though it’s default resolution is 600dpi. Reversed text is just as clean and areas of solid black are just that: solid and black. 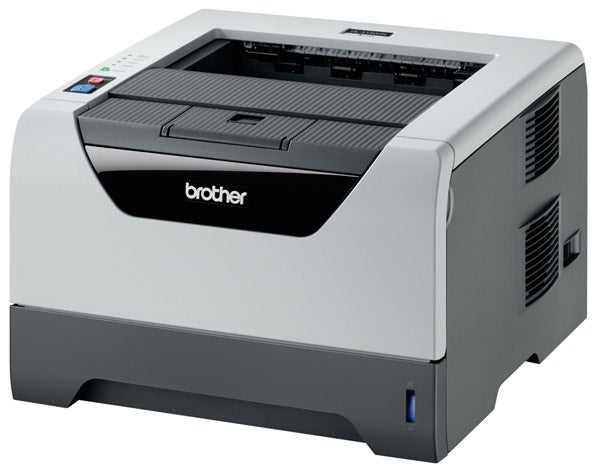 Greyscales are generally well reproduced, too, and there are enough tones to accurately reproduce a wide range of colours as their equivalent greys. Large areas of grey tone are very slightly blotchy, but for general use there’s not enough to worry about.


Photo reproduction is also better than normal and here, when we increase resolution to a true 1,200dpi, textures are sharp and detail is good, though there’s still some slight loss in areas of shadow.


Slightly surprisingly, the consumable costs for this machine aren’t as low as we might have expected. The 3,000 and 8,000-sheet toner cartridges cost around £55 and £90, respectively and a new drum is about £110. When you work through the numbers, this gives a cost per page of 2.40p, including 0.7p for paper. Compared with similar printers, such as Dell’s £174 2330dn, this is around 0.4p more per page, a difference which will, of course, build up the more you print.


The HL-5350DN is a good, duplex, mono laser in a lot of ways. It’s quick, easy to maintain and gives good quality print of both black text and greyscale graphics. It even makes a fair attempt at photographs, always a challenge for mono printers. It’s not as cheap to run as some of its competitors, though, and this may lose it sales from customers making direct comparisons between machines. If you can find consumables cheaper than we can, of course, the decision could swing back in favour of the Brother machine.