It’s easy for people to claim new printers show only cosmetic changes. The line goes “My old ‘xyz’ does everything the new models do, but cost me a lot less”. Brother’s HL-2250DN is just one model which helps disprove this. It’s designed as a SOHO mono laser, but packs a lot into its diminutive case.

Only 630mm square and sitting just 180mm high, it will fit happily on the desk beside you without making its presence felt to keenly. All in black, it has an inset, ribbed output tray on its top surface, with a flip-up paper stop at the front. 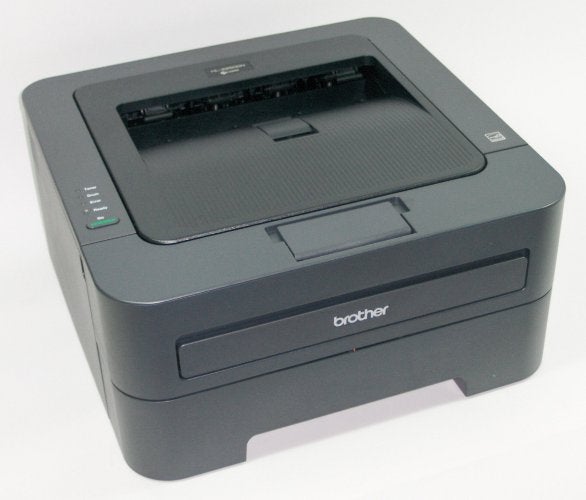 There’s a second flip-over stop, which Brother insists helps prevent papers slide off the output tray sideways if they curl, though it’s hard to see how this would work. It does lift pages up and bend them over more, but they end up supported at fewer points and with less friction to hold them in place. What ever the paper support’s effectiveness, you don’t have to use it. 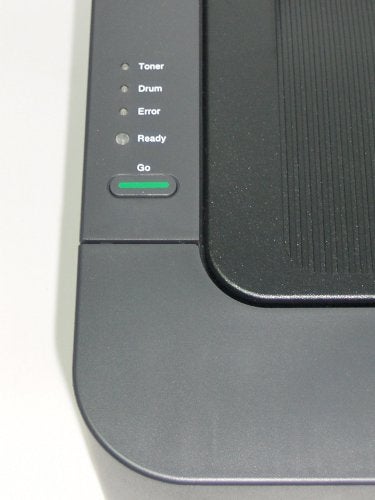 At the back are sockets for USB and 10/100 Ethernet, but you will have to use a third-party print server, if you need a wireless connection. Windows and OS X drivers are provided on the software CD and there’s a direct connection from the setup menu to the Brother web page which contains Linux drivers.

The slimline drum and toner cartridge slides into place a little awkwardly, once you’ve folded down the printer’s front panel, but it is a two-part component, so you don’t have to change the drum every time you run out of toner. Instead there are two capacities of toner cartridge, 1,200 pages and 2,600 pages, while the drum is set to last for 12,000 pages.

There’s no draft mode, but there is a toner-save, which uses less toner (no surprise there) but doesn’t print any faster. A five-page text and graphics document took exactly the same time as the straight text test and returned 15.8ppm.

The printer can print duplex as standard, though it more than halves its speed. Under test, a 20-page document, printed 10-page duplex returned a speed of 10.6 sides per minute. A 15 x 10cm photo took just 12s, which is a good speed. 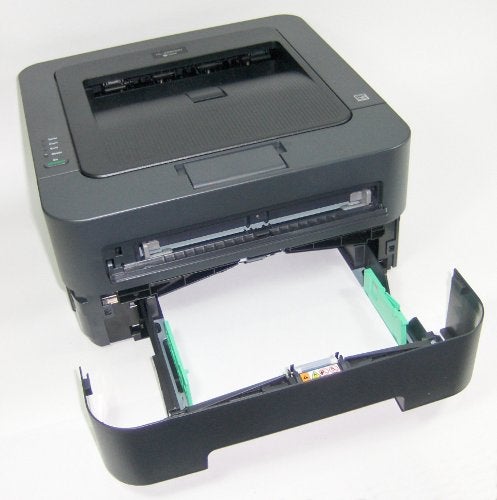 Text print is sharp and precise. Even though the default resolution is 600dpi, there are no signs of any jagged edges to diagonals or curves and overall it punches well above its weight.

Greyscale graphics are a bit patchy, but there are enough tones to distinguish between reproduced colours. Photos, even at the highest resolution of 2,400dpi x 600dpi are not the HL-2250DN’s best suit. There’s some banding in areas of regular tone, like skies, and dark areas of images can print too dark, but photos aren’t normally a major part of the job mix for a mono laser printer.

Using the highest-yield toner cartridge and the best prices we could find for toner and drum, gives a cost per page of 3.4p, including 0.7p for paper. This is roughly in the middle of the field, though there are printers, like the https://www.trustedreviews.com/Samsung-ML-2580N_Printer_review Samsung ML-2580N (2.8p), which are noticeably cheaper to run. 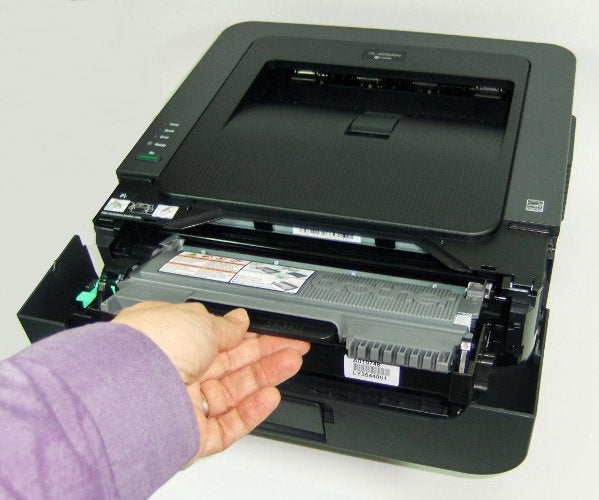 Brother’s HL-2250DN is a very good little printer for the money. It’s quick and convenient to use and produces good quality text print. Greyscale graphics and photos aren’t quite so good, but for general SOHO duties it should sit quietly in the corner of your desk and just get on with the job. Over 20ppm and duplex print as standard make a good spec on a £100 printer.