Home and one-per-desk style mono laser printers are cheaper to run than inkjet machines and for those who don’t need colour, they represent a better deal. According to its own literature, Brother is the second most popular brand of laser printer in the UK, so a new entry-level printer deserves an early evaluation.


Coloured in light grey and dark slate, the HL-2140 is a neat, low-profile laser printer, heavily curved on its vertical edges, except for the front-left, which shows a stylish, concave curve under a large, blue power button at the top. 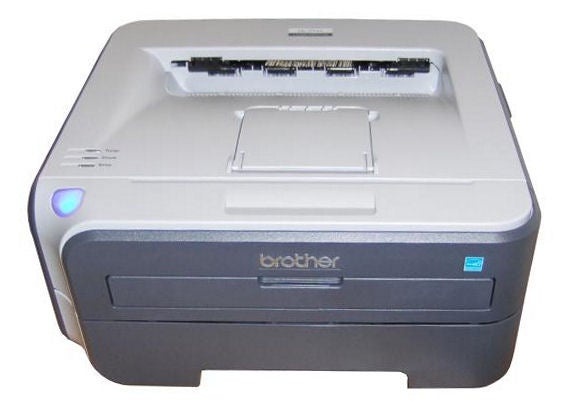 Three other indicators, for toner, drum and error conditions are positioned just behind the power button and a flip-up paper support deals with longer, US legal-size paper. This can be left folded down when printing A4 pages, 250 of which can be loaded into the main paper tray, which slides out from the bottom front of the machine. There’s a special media feed, too, but no support for the pages, so you have to feed them manually. A pull-down panel at the rear provides a straight-through paper path, in collaboration with this single-sheet feed.


This version of the printer comes with a USB 2.0 connector only, but others in the range support additional Ethernet and wireless links.


Brother makes quite a bit of its separate toner and drum units and it is unusual not to have a single consumable in a printer at this entry-level price. The two consumables are supplied as a single unit, which slides in from the front of the printer, once a cover has been folded down. Although the standard-capacity toner cartridge is rated at 1,500 pages, Brother includes a non-standard 1,000-page starter cartridge, just to get you buying early as a new owner. 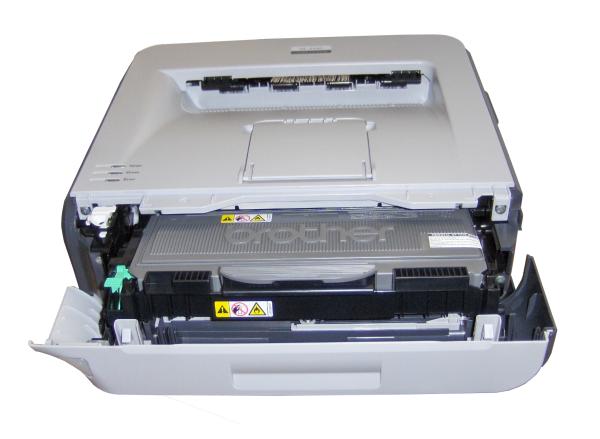 Software installation is very simple, as the Brother software loads its driver and detects the USB connection without intervention. There’s a status monitor for the printer but otherwise you’re left to the features of the driver, which include multiple pages per sheet, poster printing and watermarks. There’s no duplexer fitted on the HL-2140, but there is software help with producing double-sided prints manually.


Brother claims a maximum of 22 pages per minute from the printer, meaning a five-page document should complete in under 15 seconds. Our two documents, the first of straight text and the second text and graphics, took 21 seconds and 22 seconds to complete, respectively. This means a maximum, real-world print speed in normal print mode of 14.3ppm, only around two thirds of the rated speed.


Even our test photographs came through well, with little noticeable banding and some detail in shadows. The dot pattern is surprisingly noticeable though, even when using the printer’s top quality mode of 2,400dpi by 600dpi. The straight 600dpi print mode comes out nearly as well, but there’s little print speed advantage to using the lower resolution. 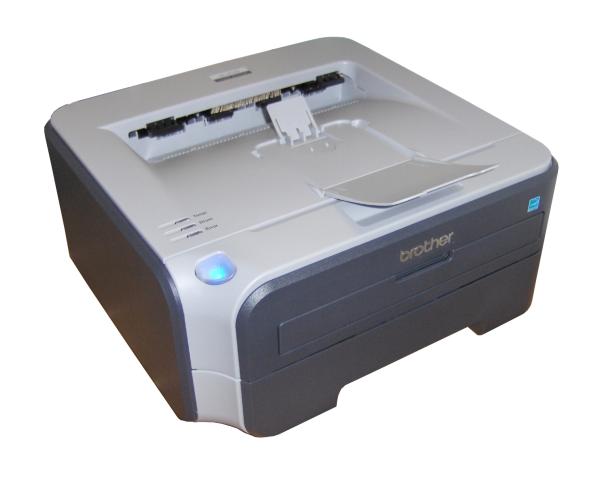 The HL-2140 is a brand-new printer for Brother and not currently available on the Internet. It also uses new drum and toner units, which are not yet quoted through the usual discount sources. The toner units are rated at 1,500 pages for standard capacity and 2,600 pages for high-capacity, with a drum which should last 12,000 pages. In a typical home or small office environment, these capacities are reasonable and maintenance costs will be relatively low.


Because of the exclusive nature of this early review, we’ve used Brother’s own figures for printer cost and the suggested retail prices for drum and toner. We would expect these figures to drop, once the parts become readily available. Just as well, as we calculate the cost per ISO black page to be 3.14p; a bit high, even for a printer at this entry-level price.


This is a well-designed, smart, personal, mono laser printer, which does most of the things you could want of a one-per-desk machine. If we were picky, we’d like a multi-purpose tray that can take more than one sheet at a time, and a toner cartridge with at least the same capacity as the standard-yield consumable available as a spare.


Running costs are high using the manufacturers’ SRPs, but hardly anyone ever pays these rates and we would expect to see a noticeable reduction when the printer is launched, early in January, 2008.