The Broken Sword franchise is a love letter to Paris, and Broken Sword 5: The Serpent’s Curse is no different.

It isn’t the real Paris on show here, but an idyllic version of the French capital, straight from the brain of video games designer Charles Cecil.

Such is the affection for this wonderfully painted vision of Paris that the game gets straight into it, dropping you right into the action. There’s been a theft in an art gallery, which leads to a murder, and series protagonists George Stobbart and Nico Collard are thrust straight into action. George is working as an insurance investigator for the company insuring the gallery, while Nico smells a scoop for the newspaper where she works, La Liberte.

If this sounds small scale, then I’ve described it accurately. Despite the murder, the opening is sleepy, and sees George and on occasion Nico go over the crime scene looking for evidence. This includes waking a man up, smearing some tomato sauce to look like blood, and be lectured twice by a waiter who thinks his coffee shop is too good for the likes of you. There’s something quite intimate about the setting and the character’s roles within it. 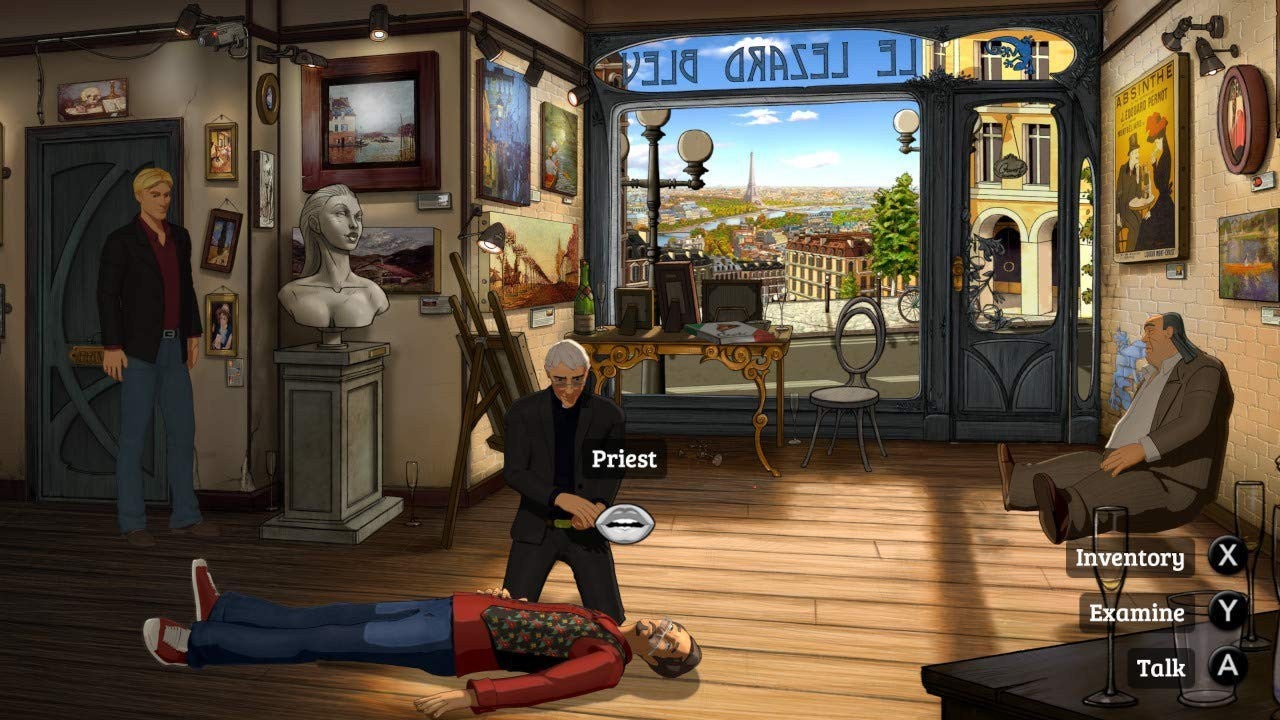 Despite the clear love for Paris in the game, Broken Sword 5 doesn’t really get going until the action is transposed to London, where the mystery continues. Paris is nice, but the puzzles are simple, and you’re often talking to the same few people in the same locations until you work out what you need to progress – or reach for the game’s hint system (more on that later). Nevertheless, I enjoyed myself anyway, as a result of the game’s charm and also its animation and visuals.

Rolling into the second half, however, and the tone changes – from prodding and poking at mysteries to pulling on a thread on a religious conspiracy theory. If this all sounds a bit Dan Brown, you needn’t worry: this is an engaging adventure from start to finish. As the story starts to gain speed, the puzzles move from basic hidden items and imagination to riddles to solve and codes to break. It never quite gets as tough as the Goat Puzzle from Broken Sword, but the difficulty is a step above several of the 2D adventure games currently doing the rounds.

However, if it ever gets too difficult, the game’s hint system is one of the best I’ve  seen in the genre. An early puzzle, a hidden object puzzle that remained hidden from my inexperienced eyes, saw the game spell it out for me. “Maybe this person can be woken up with a strong smell”, the hint system suggested – before nonchalantly saying: “perhaps you can find something to wake them up in the gallery.”

Finally, in desperation, I asked for a third hint and the game outright told me where to find the item and what to do with it. Not every puzzle has such detailed hints, but the fact that they exist, and can be accessed via a couple of button presses, means that everyone can play at a pace that suits them. 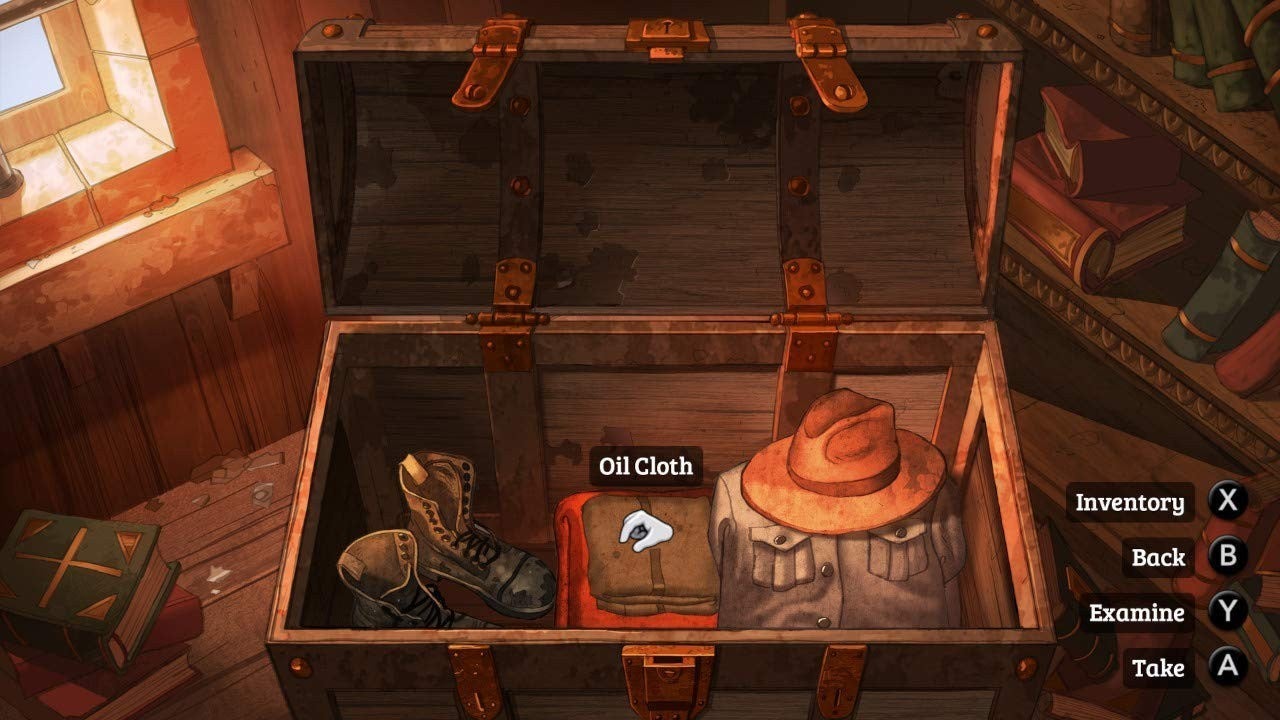 Broken Sword 5 isn’t a new title; it was released back in 2014. However, I’m confident that the Switch edition was worth the wait. It brings extra behind-the-scenes video footage and a control system that makes it great to play in handheld mode. Broken Sword 5 can be played in normal handheld mode, using the analogue stick to move a cursor around and the face buttons to examine or interact with items.

You can also prod at the Switch’s touchscreen, though, at which point all of the screen furniture changes instantly to reflect that you’re playing with touch controls. I found myself using a mix of the two depending on the situation, but the ease with which it can be controlled, and the pace and setting of the game, make it ideal to play on the move.

The Serpent’s Curse is an idyllic modern re-imagining of the adventure game, but that doesn’t mean it’s without some of the problems of that genre. Things move slowly, with the beautiful animations taking their sweet time as characters stroll leisurely around the environments in response to your instructions. Also, while a lot of darkness is hinted at – the game begins with someone getting shot to death – the ending is, in fact, remarkably saccharine.

Despite Broken Sword 5 feeling like a game made for Broken Sword fans, with tons of references, recurring characters and threads from previous games slipped in, it’s hard not to appreciate what Revolution has achieved here. It isn’t the best adventure game released in recent years, but it’s charming, fun and a worthy update of a four-year-old title that you might have overlooked.