It’s probably worth pointing out that I’m a cricket fanatic. Not the sort that started loving cricket after England won The Ashes, but the sort who has loved and played the game since youth. Consequently when a videogame on the sport comes along, it’s always of interest.


Much like real life, video games and cricket have a rather mixed past. For many years people insisted that it was simply impossible to make a realistic and enjoyable game based on the sport. It was too slow, too complicated and too boring for a videogame and that was that.

Such feeble mindedness hasn’t however prevailed, as Codemasters demonstrated when it revived the Brian Lara series with the excellent Brian Lara International Cricket 2005. What it did well was understand that, whether it is batting, bowling or fielding, cricket is all about timing. It utilised a simple control system based upon this understanding and as such created a game that more or less resembled a real game of cricket – which was quite an achievement.


Come 2007 and Codemasters is at it again, releasing a new edition of the game to coincide with the Cricket World Cup currently going on in the West Indies. With the series making its next-generation debut, the first thing that’s obvious is the graphical improvements.


On the Xbox 360 the game looks suitably shiny, with some nice bloom and depth of field effects. Player models and likenesses are fairly good too, though the animation varies from some good batting and bowling models to some rather clunky fielding animations. In this sense, although the graphics and textures have been updated, it’s clear that the animations are still very much a legacy of the previous game. 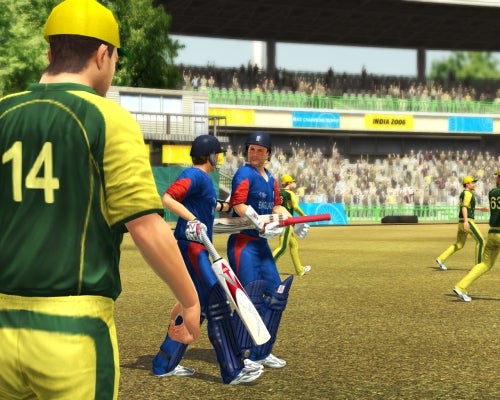 Indeed, the game feels very similar to the original in many ways. Batting for example, feels identical in almost all respects. This is generally a good thing since the batting mechanics were already excellent, with a confidence bar that dictates how easy it is to time your shots and a timing bar to show how well you’re hitting your shots. But that doesn’t mean there aren’t additions, with previously missing batting abilities being added for this version of the game.


Then, as the bowler is about to release, the batsman will begin to advance down the pitch and must then select either a defensive, attacking or lofted shot as you would normally. This system works very well, and adds a much needed dimension to batting when playing on the higher difficulty. If only England batsmen could learn to use their feet against the spinners, eh?

Another batting skill that’s new to the game is the sweep shot, with a normal sweep and a slog sweep mapped to each of the shoulder buttons. At first timing these shots can be a little tricky, but with a little practice it can be mastered without too much fuss. Importantly, these additions round off what was missing from the last title and the batting system does a great job recreating the feel of the real game. 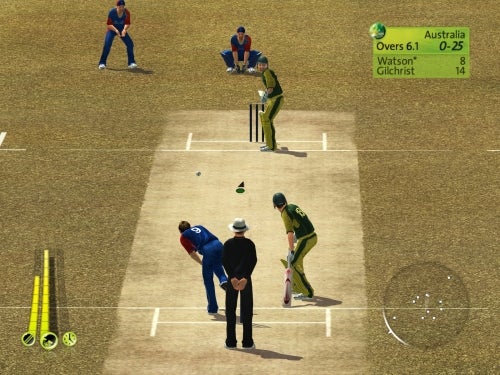 Elsewhere it’s also very much a case of incremental tweaks rather than wholesale changes. Bowling remains entirely unchanged, with the same variety of options and choice of two special deliveries when the bowler’s confidence is on a high. These deliveries depend on the type of bowler; fast bowlers for example have the option of a bouncer or yorker while spin bowlers have some rather more exotic varieties.


Swing is applied using the shoulder buttons, and the amount swing depends on the weather conditions, ball condition and the pace and ability of the bowler. Although little has changed in regards to bowling it’s still a system that works very well, with intelligent bowling being rewarded more often than not. 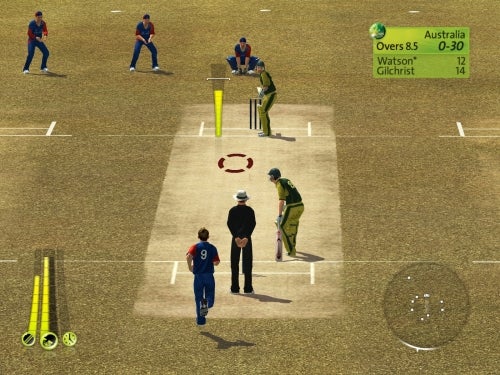 Unlike bowling, fielding has seen some changes; adding the ability to throw to both ends rather than just the wicketkeeper’s – as was the case before – by using either trigger button. Catching is performed using A, and both skills require you to time your action according to a bar that pops up at the appropriate time.


Unfortunately fielding highlights one of the main problems in the game, the A.I. One of the more annoying new facets of the fielding is a propensity for overthrows, where poor throws are penalised with the potential for runs. But your computer controlled fielders seem never to have been taught to back up, probably the first thing any child is taught to do when learning to field.

These overthrows also show up a propensity for the A.I to get run out looking for extra runs. One of the criticisms of Brian Lara 2005 was the inability of A.I controlled batsmen to take easy runs, but in fixing this problem the developers have predictably opened another can of worms. In addition, opposing batsmen in general tend to be a little too aggressive, often at the needless expense of their wickets. None of these problems are bad enough to ruin things, but there’s plenty of evidence of some fine tuning being required.


Perhaps the most disappointing facet of the game, however, is the lack of game modes when compared to the previous title. Brian Lara 2005 boasted plenty of replay value with one day tournaments, classic matches and challenges along with Test matches and other options too. In 2007 the basics remain, with licenses for the ICC Champions Trophy and World Cup, but gone are the excellent challenge and classic match modes. 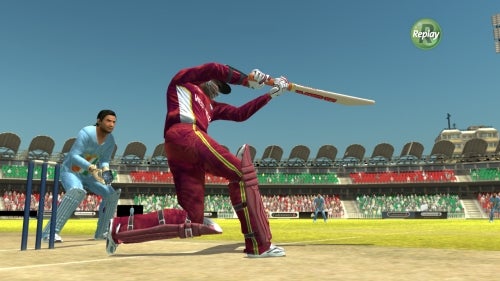 These are replaced with an online mode, which although a nice addition won’t be for everyone. Online matches generally went without too many problems, but a few more innovative game modes could go a long way to making online games more attractive. Moreover, online play is restricted to the Xbox 360 and PC versions so if you’re playing on the PS2 the pickings are even more slender.


Although in one sense this is an improvement over Brian Lara 2005, there’s not nearly as much progress as one would have liked. Though some problems have been fixed and features added, they have come at the expense of new problems and overall the game doesn’t really feel all that new. Add to this the reduction in single player game modes and one can’t help but feel a little disappointed. An improvement yes, but don’t go expecting a cricket revolution.