Exclusive to PlayStation VR
Nearly two years on since VR hit the mainstream, and we’re still waiting for someone to get VR FPS right. Sure, we’ve had some great shooting galleries with killer bots and zombies, Superhot VR and the hugely lovable Doom VFR, but none have really managed to make first-person gunplay work in a VR game.

It’s the movement that lets them down every time. They either try to avoid inducing nausea with teleport systems or slow rotational controls, or they follow Doom VFR by offering up a choice between teleporting or more stomach-churning pad controls. Will Bravo Team – the new shooter from the Until Dawn/Inpatient studio, Supermassive Games, be the one to finally sort things out?

In a word, no. In fact, it doesn’t even try. What looks like a VR take on Rainbow Six or Call of Duty: Modern Warfare turns out to be your classic lightgun shooter with a layer of co-op cover-shooter mechanics sandwiched in. It’s a flawed, messy, often remarkably silly effort – yet it does achieve a little of what it sets out to do. When and while it works, it’s fun.

The setup is classic CoD meets Clancy nonsense. You’re part of a four-man squad protecting the president of some unnamed banana republic, when your jeep is ambushed and your VIP taken. Crawling from the wreckage with your two besties down, it’s up to you and your partner to make your way into the capital, find the president and extract. 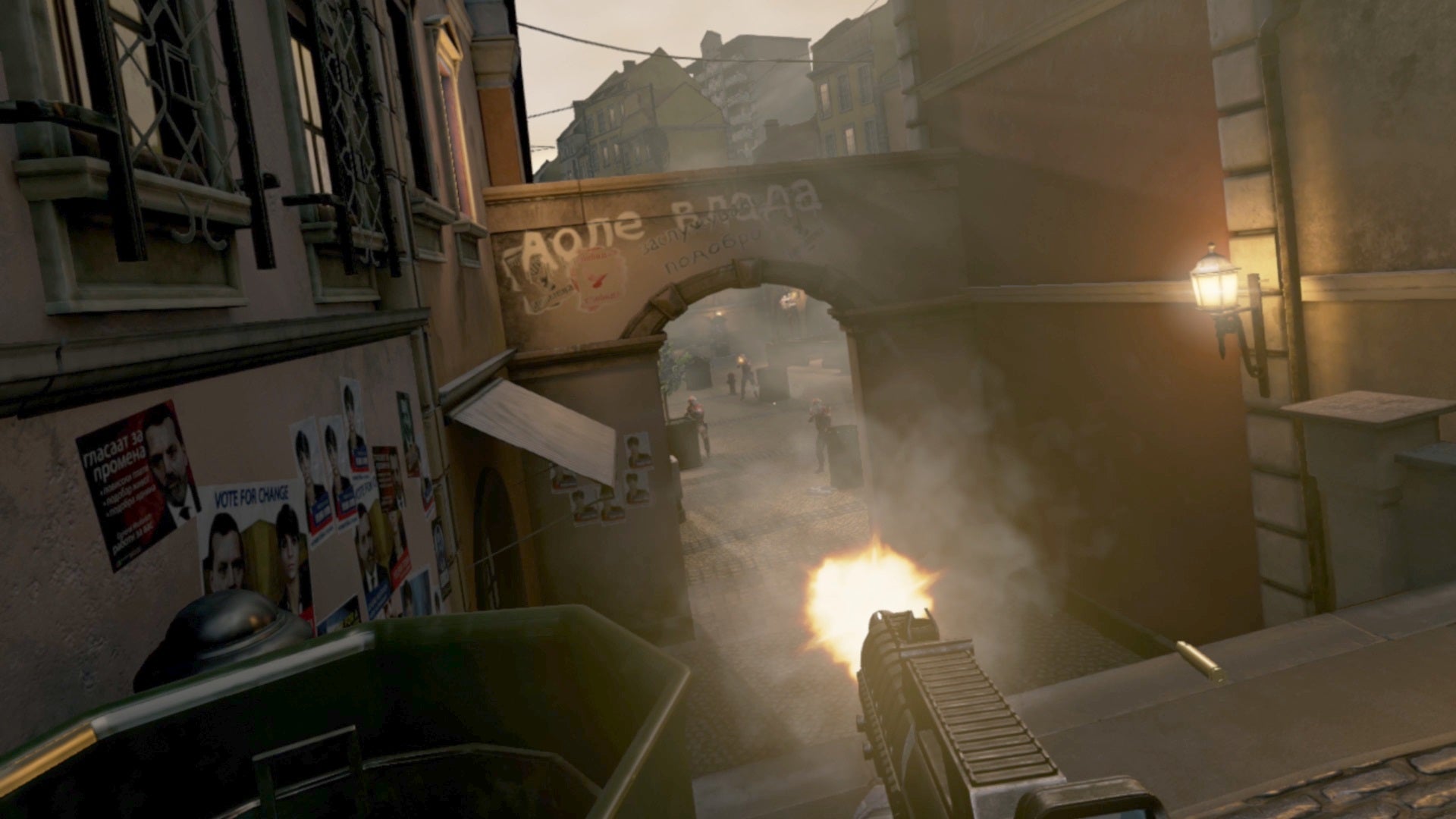 The first thing you’ll notice is your inability to simply move. You can aim your weapon, look down the sights and blast away to your heart’s content. You can spin 180 degrees (or rotate through 360 degrees in 90 degree increments on the Dualshock 4). But you can’t turn smoothly, move forwards, backwards or strafe.

Instead, you point your gun at points in cover – low walls, doorways, barricades, columns, car doors, bins and the rest – then tap a button to sprint towards them. Once you’re there, you can physically lean and peer in and out of cover, or hold a trigger button to pop out and take a shot.

You work with a squad-math, played either by the CPU, a friend or a random stranger on PSN. You can give them simple commands/requests through gestures (or just shout down the mic if you’re playing with a human ally) – and they really are crucial to your success.

For one thing, on the harder difficulty levels you’ll be overwhelmed by enemies who are just about smart enough to try to flank you, then hit you from behind. In the manner of all the best action movies, you need to know that someone has your back.

There are times when a little suppressive fire will buy your buddy time to move. Some levels have zones where one can go to higher ground and give the other cover down below – but there’s always the risk that one of you will soak in too many bullets, requiring a quick revive.

Bravo Team was built for the PSVR Aim controller, and it shows. Whether you’re looking through the reflex sight of an assault rifle, the iron sights of a shotgun or a full-in sniper scope, there’s nothing more intuitive or immersive than doing it with the Aim. As you duck in and out of cover, popping out shots and taking out the bad guys, it puts you right in the heart of the action.

Using the Dualshock controller works, but it’s a bit of a compromise. Pulling the controller up towards your face to look down the sniper scope (and it really needs to be close), the PlayStation Camera appears to become confused, resulting in weird positions with hands crossed over or your weapon pointing at completely the wrong angle. This didn’t happen as often when the I moved further away from the screen, but it still causes issues – and fatalities – here and there. 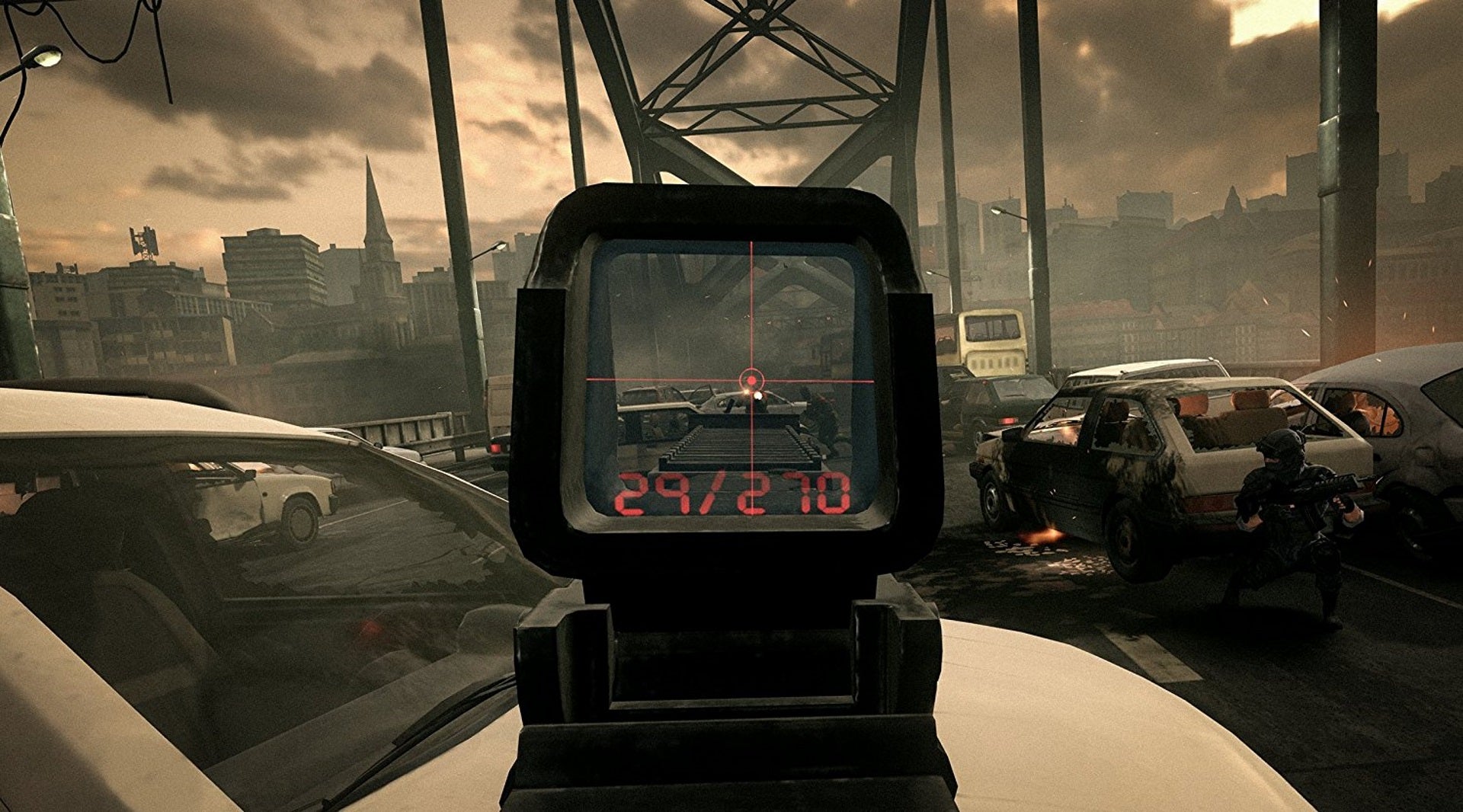 You can play using two Move controllers, but I wouldn’t recommend it. In theory, you use the wands as you would the grips on your gun, but it takes practice before you get the two lined up properly. Even then, they can drift in and out of sync. Play with the Aim if you can and the Dualshock if you can’t; the Move controls don’t really work.

Now, I’m not going to tell you that Bravo Team is some kind of masterpiece, or a game that you’d bother with even if it wasn’t in VR. It’s short at around three to four hours in length, it’s jam-packed with cliché, and it’s full of niggling frustrations.

While there are two endings to enjoy, you won’t care enough about the characters – or storyline, for that to matter. There are no grenades when the action is crying out for them. The enemy AI can be cretinously stupid. The CPU squad-mate AI isn’t any better. There are only a handful of different enemy types. A lot of the big action moments you might have seen in trailers – sliding down rooftops, hopping over barricades – are entirely scripted, and the team seems to have missed a lot of opportunities to introduce classic action movie moments.

We’re not finished. The visuals are dated, with the old-school PS3 look that we’re (sadly) getting used to with VR. Destructible scenery would have made the interior gunfights at least three times more exciting, but it’s barely implemented. The movement and aiming works brilliantly when you’re just pushing one way, but soon becomes annoying and fiddly when you need to turn around or blast away at the bozo who’s now attacking from your rear – although he’ll kindly wait for you to shoot him if you’re busy grabbing ammo or new guns. Getting to and healing your partner can be a nightmare under heavy fire, and don’t even get me started on the snipers. 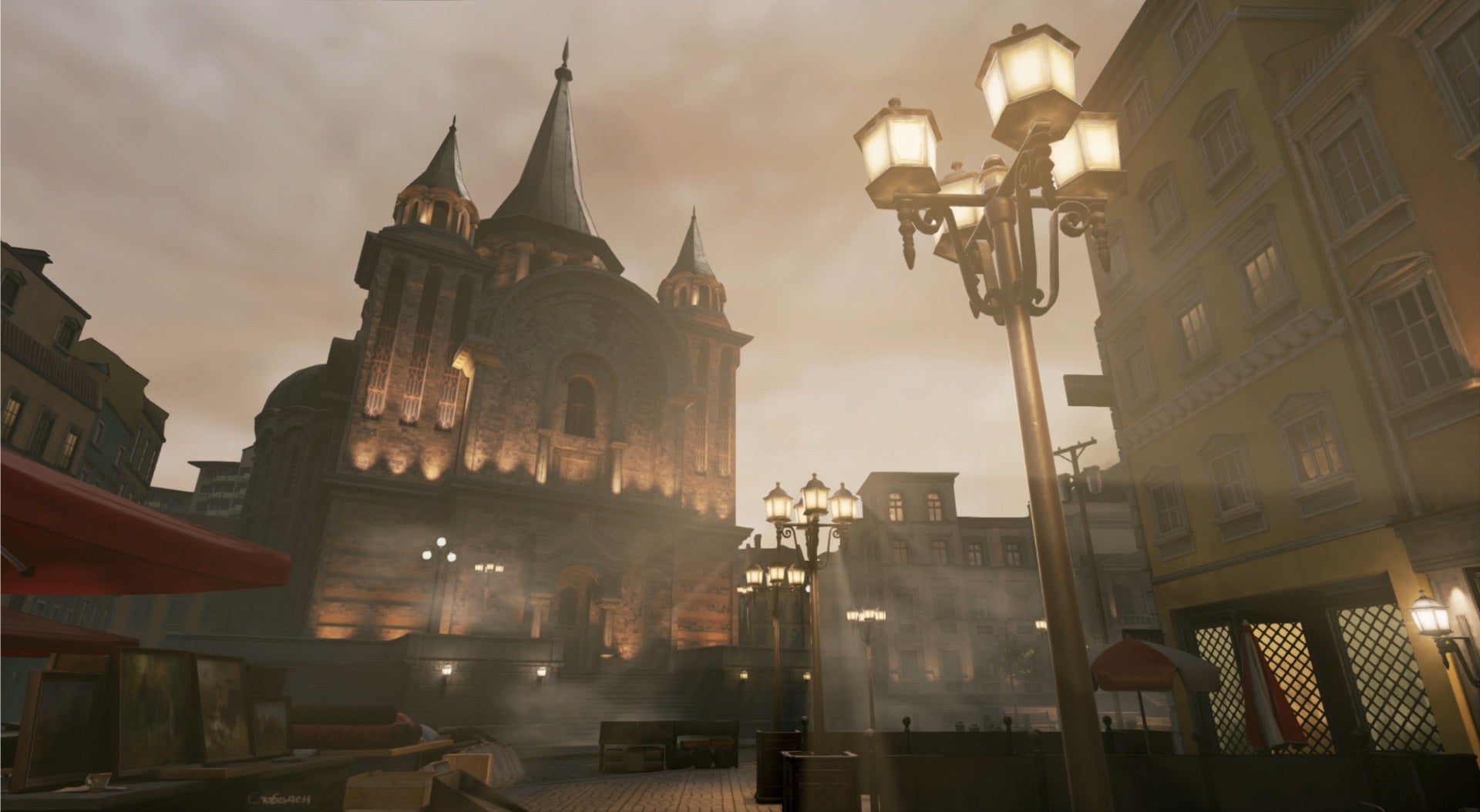 Yet, here’s the thing: I’ve had fun playing Bravo Team. Forget about it being a Rainbow Six or Call of Duty; see it instead as Operation Wolf meets Gears of War or Time Crisis meets Ghost Recon. It’s a mess, but of the entertaining kind.

I’ve barely had the opportunity to play it co-op, given the tiny player base pre-launch, but I can see it being twice as much fun with a PSVR-owning friend. And when you’re popping out of cover, taking well-aimed shots and dropping hostiles one by one, then you do feel like a bit of an action movie badass. In a way, that’s the most crucial point.

That old-school lightgun blaster feel is also reflected in the game’s score attack mode. Here, you and –optionally – a friend can return to each level, blasting away the bad dudes in search of a high score. In a mechanic reminiscent of Bizarre Creation’s cult classic, The Club, hitting your targets and getting kills moves you up to a higher scoring tier, but stop scoring and the meter runs down, taking you steadily back to tier 0. You can’t die, but you can fall out of action, in which case you sit and weep while the gauge plummets downwards. It’s a satisfying way to play and replay the game, almost making up for that short running time.

Verdict
Got an Aim controller? You might want to look at Bravo Team. It’s a horribly flawed but fun lightgun blaster with some cool co-op cover shooter twists.

Got PSVR but no Aim? You might not want to bother. Bravo Team isn’t an exceptional game in terms of visuals, scenery, action, AI or enthralling set pieces, and it’s really only the make-believe, plastic gunplay that makes it worth a punt. It isn’t good enough to make it worth purchasing the Aim for.

Bravo Team just about passes muster as a dumb VR Operation Wolf or Virtual Cop, but it’s not the best showcase for either PSVR or Aim.