Far from your average summer blockbuster adaptation, Brave is a bit of an oddity. It is, as you might expect, a 3D platformer, but one that’s very combat heavy, that’s played from a similar point-of-view to Diablo, and that sometimes feels like a collision between the 2010 Tomb Raider spin-off, Lara Croft and the Guardian of Light, an action RPG and a pre-teen God of War. The surprise is that it’s a lot more effective and enjoyable than that might sound, and nearly a brilliant, family-friendly game. We’ll come to the “nearly” bit in a minute.

We’d suggest going to see the movie first, as Brave: The Video Game dishes out several spoilers within the first few minutes. In the vaguest terms, it’s the story of a feisty young princess in a fantasy highlands realm, on a mission to cleanse the land of an evil taint created by the accursed supernatural bear, Mordu. This entails making your way through eight different levels, battling ents, golems, fire-trailing boars and vicious crows, while leaping across chasms and hopping from rock to rock or ledge to ledge. 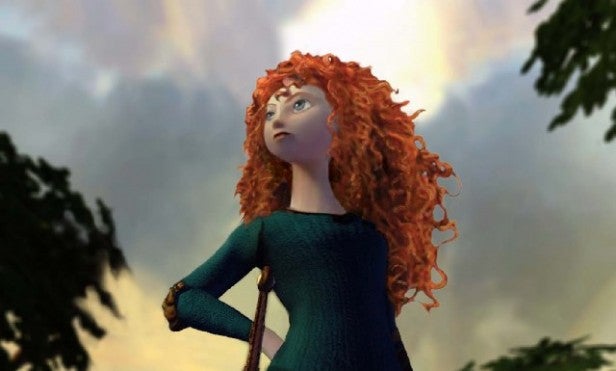 Courage in Combat
Combat involves just two weapons, a trusty sword and Princess Merida’s beloved bow, but to keep things interesting Brave borrows a few tricks from other games. Firstly, within the first clutch of levels you’ll collect four elemental charms which enchant your bow and blade. You can flick between these with a tap of the bumper buttons, and specific monsters are more affected by specific charms. For instance, those grumpy tree-creatures soon go down if hit by fire, while stone golems are vulnerable to the destructive power of wind (in the weather sense, though we often feel the same after a large curry). What’s more, these elemental charms also affect certain parts of the environment, creating platforms from leaves or freezing chunks of ice into platforms.

On top of this, the game has a slick upgrade system. Not only can you find more powerful bows and swords as you make progress, but you can also pick up loot from battered monsters and bashed scenery, then splash out on new attacks and capabilities at the waystones you unlock along the way. These start with simple ground pound attacks, but before long you’ll have a meter you can fill in combat to trigger a time-limited high damage mode, plus special elemental attacks you can unleash by holding fire to charge your bow. 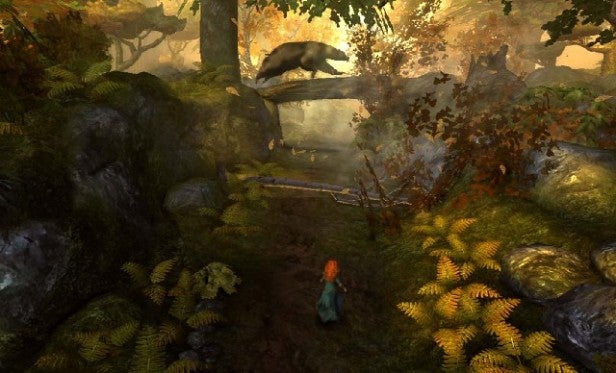 Battling the Baddies
In practice, the mix of fighting and platforming works pretty well. The odd camera angle has its downsides in that it can make it tricky to judge distance and direction, but if you miss the odd platform it’s not a disaster – the game starts you off on the last one with just a little health lost. Nor does Brave stop short of throwing you into some pretty massive scraps. At first these can be overwhelming, but then you discover that a) matching charms to enemies is absolutely crucial, b) using special attacks and the power gauge is the way forward and c) that you can use the right stick to fire arrows, turning Brave into – effectively – a twin-stick shooter. We’re not 100 per cent sure that the in-game tutorials mention that last bit, so it’s worth taking note.

And if you think Brave: The Video Game sounds a bit monotonous, it breaks things up with interludes where you can cathartically smash hordes of enemies as a giant bear, or solve switch and lever puzzles with the aid of three little cubs, toggling control from one to the other to ensure that you can reach the necessary platforms or get past the obstructing doors. 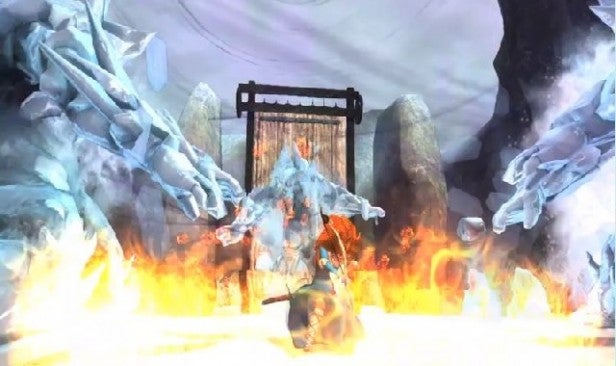 An Epic Adventure?
No one is going to claim that Brave: The Video Game is a masterpiece. While there are some magnificent vistas, the graphics frequently lack sparkle and finesse, with that upscaled Wii game look that’s sadly so common in family games. There aren’t many big ‘wow’ moments, and the game relies entirely on nicely done storybook panels to further the plot, which work well but feel slightly cheap. There’s also a sense that, by the last quarter of the game, it has run out of ideas. You know what’s coming, and in roughly what order.

Yet it is a lot of fun to play. It’s not too difficult to pick up, and there’s a great two-player co-op mode where the second player comes on as a wisp, helping Princess Merida against the gangs of enemies and providing support. This is great for parents who want to enjoy a spot of gaming with their kids, not to mention friends or siblings who’ll want to play together. There are bonus collectibles to harvest and costumes to unlock, and the difficulty curve is very smooth.Brave: The Video Game really isn’t frustrating at any point. And whatever faults there are in the graphics are made up for by the excellent score and by a gutsy performance by Kelly MacDonald, reprising her role from the film (even if repeated phrases annoy as the game goes on). 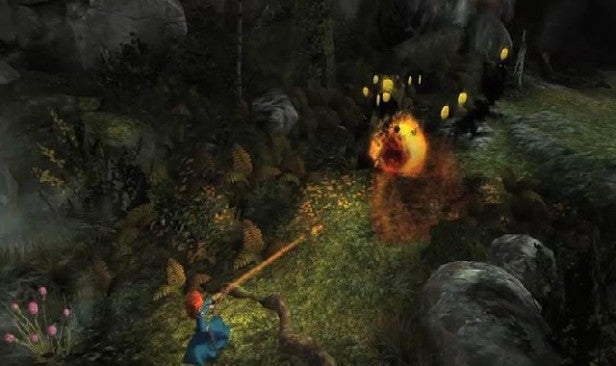 However, Brave: The Video Game is also very short. We had it clocked in roughly five-and-a-half hours, and while pushing the difficulty level up will extend that, it won’t extend it by an awful lot. Now, arguably this isn’t a complete deal-breaker. Younger gamers don’t have the ‘complete the game and can it’ attitude of the adult hardcore crowd. They’re often happy to replay the same levels over and over again, and Brave encourages this with a central hub and a display that tells you how much stuff you have left to find in the level before you enter. All the same, it’s the game’s biggest fault – we just wish there was twice as much of it, and enough ideas to fill the space as it went on.

Some might also argue that there’s extra value in the Kinect/Move/Wii archery mini-games, but whether you’re trying to hit targets in a time-limit or endeavouring to take down moving targets before they reach a certain point, these games feel perfunctory at best, and the Kinect controls aren’t all that effective. 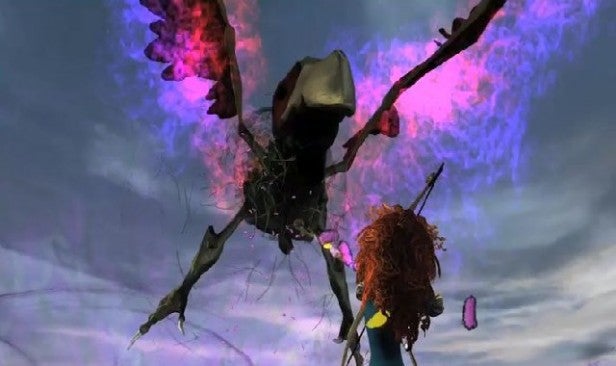 This is a shame, because Brave: The Video Game is otherwise a fine family game – not in the same class as a Mario or Zelda, a Lego Batman 2 or even a Ratchet and Clank – but a whole lot better than, say, the games of Wall-E or the Shrek series. It’s still a decent game and a worthy souvenir for young fans of the movie, but Brave could and should have been a little bit more.

Verdict
Brave: The Video Game is better than your average family movie tie-in, taking inspiration from a range of games and genres to fashion a fun action-adventure with a likeable heroine. Unfortunately, it’s let down by some patchy graphics and a short running time. It’s good fun for young fans of the movie, but it doesn’t quite live up to its potential.