What are the Brainwavz HM100?

The Brainwavz HM100 are sizeable over-ear headphones of the kind you might see in a studio or sat next to a high-end record player.

In typical Brainwavz fashion, however, the HM100 aren’t hugely expensive. At £169, they’re cheaper than a set of Beats Solo 3 Wireless.

Build quality is less consistent than you’d see from the big names, but the wooden cups are a pleasant touch and sound is reasonably neutral, if sharp.

Most people have the same initial reaction to the Brainwavz HM100: crikey, they’re huge. I’ve worn these headphones out in the street and at work, but neither is their natural home.

They stand out to an almost comical extent; the first time you catch yourself in the monitor of a supermarket security camera may be mildly harrowing. You’ve been warned. 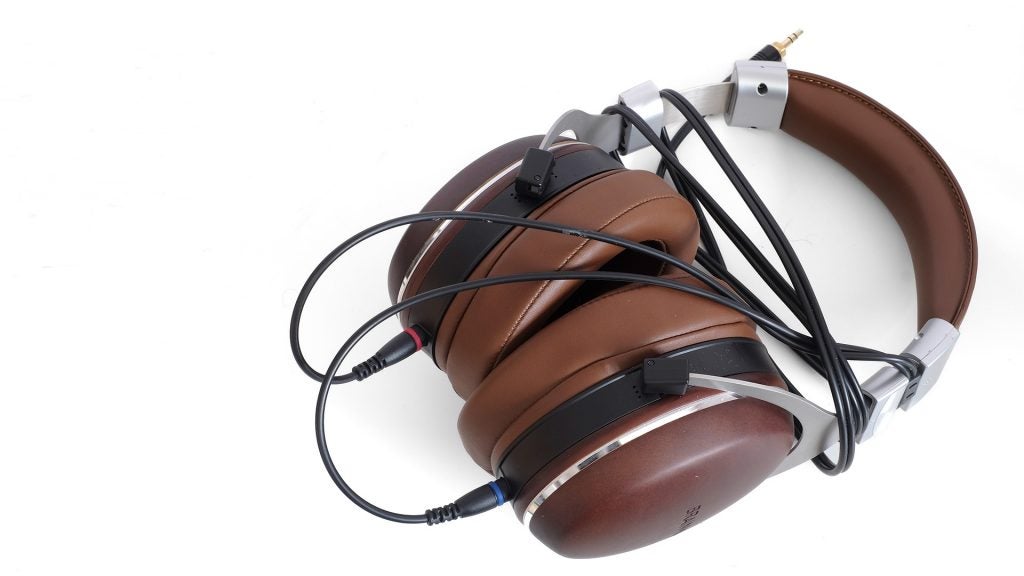 However, the design offers one of the Brainwavz HM100’s key features. The cup caps are made of real wood, with visible grain. The wood effect isn’t of the same level you’d find on the Audio-Technica ATH-W1000Z, but neither is the price.

The HM100s look like fairly expensive, serious headphones. Parts of the visual design could be improved, though. The band of black plastic that sits between the wood and faux leather pads spoils what would otherwise be a two-tone look. And the very clear labelling of the cables is the classic move of a budget Chinese headphone manufacturer.

Aside from the wood of the cups and the aluminium cup spurs, the rest of the materials aren’t high-end. The synthetic leather of the padding isn’t all that convincing, and parts of the cups and headband are plastic.

However, all combine to create a solid visual – and practical – approximation of hi-fi-style headphones costing £350-500. 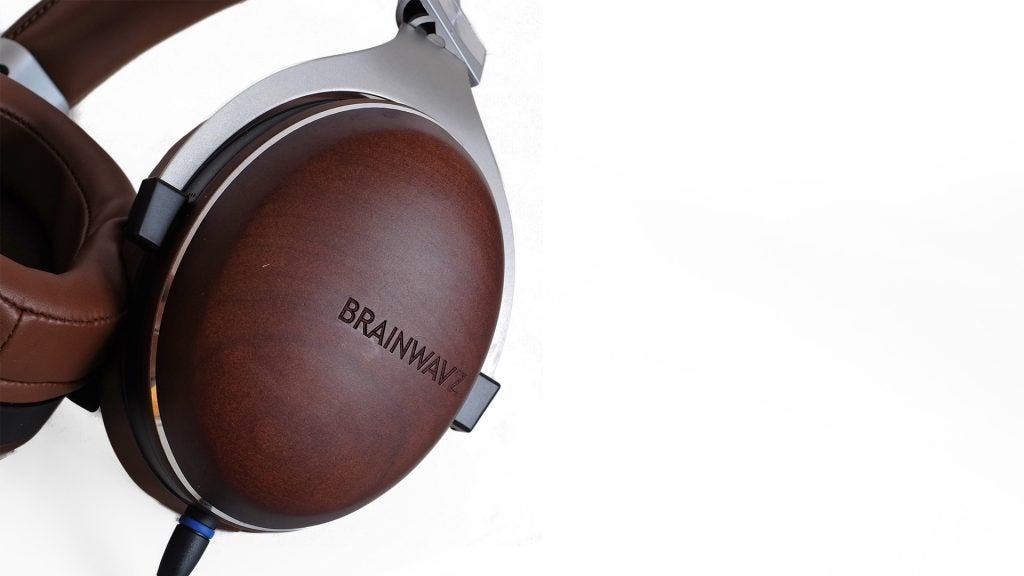 Overall, the HM100s are comfortable. The headband weighs on your head a little, so the fit isn’t light and airy, but the cup pads are exceptionally thick and the low-density foam is designed to collapse under the pressure, for a pleasant head smush.

The Brainwavz HM100 are closed-back headphones and therefore block out quite a lot of the higher frequency. It’s enough to make them suitable for use on the train, if you don’t mind the oversized look, but isolation isn’t a particular focus.

Leakage is minimal. They’ll perform fine in an office, as long as you’re happy to put up with the numerous comments about their size, of course. 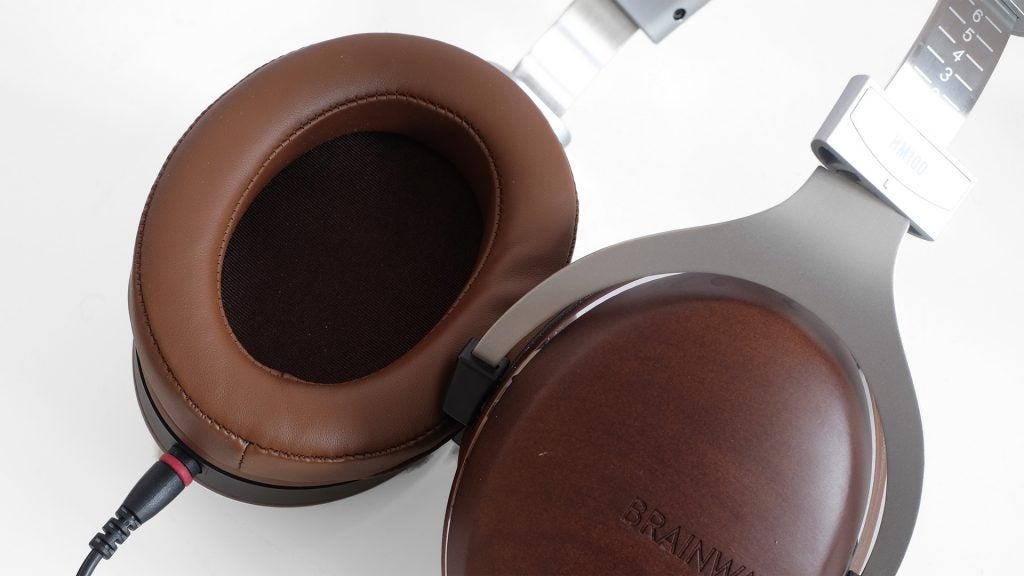 Two cables are included in the box. One is a 1.8-metre cable and the other is a much longer 3-metre cable for home use; both cables are sturdy. You also get a 6.3mm adapter.

The Brainwavz HM 100 are every bit classic hi-fi headphones, apart from their closed-back design. There’s no active noise cancellation, no in-line remote, no wireless – nothing that would require the need for a battery.

You do get a case and a set of velour-style spare pads, which is a rarity. And if you treat a pair of home headphones like this right, it will often be the pads that start to disintegrate after years of use. The included accessories package is very good, too. 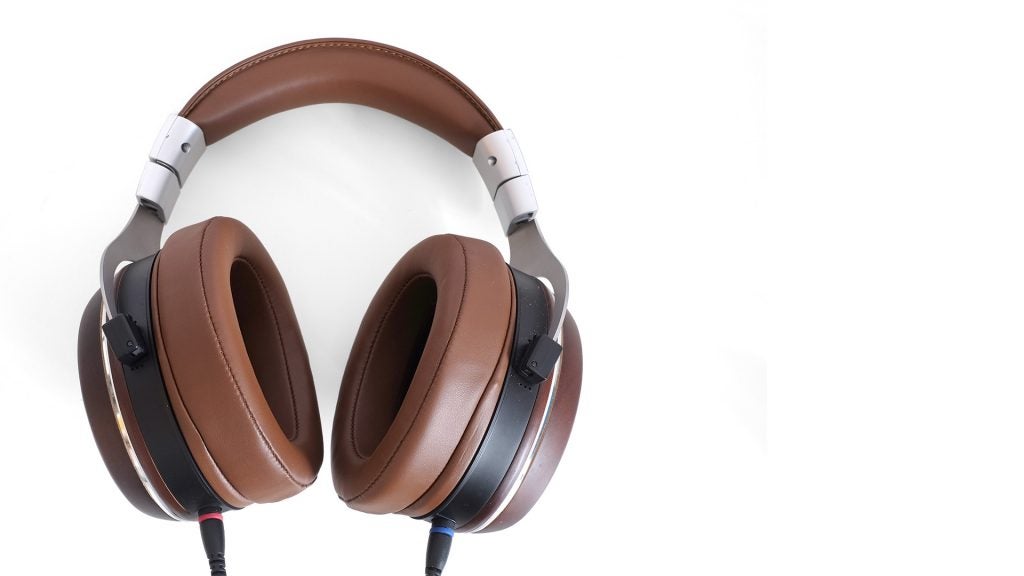 Brainwavz calls the HM100 “studio monitor” headphones. They have large 52mm drivers, which go some way to explain the size of the earcups.

“Neutral” is the aim here, and they’re not too far off. The HM100 soundstage is large, and bass is confident and powerful without the low-end lift you tend to get with street headphones.

The HM100’s frequency response isn’t flat, though. The Brainwavz have an added focus in the upper mids and treble, giving them a brighter character than the AKG K701.

Treble is really quite challenging at times, with sharpness more pronounced than the crisp Audio-Technica ATH-M50X. The Brainwavz HM100 look like they’ll be a relaxed, smooth listen, but this isn’t the case entirely.

The drivers are adept enough to stop this sharpness of treble falling over into brash sibilance, but a little more smoothness would have been welcome.

It can prove distracting, too, because that added treble and upper mid energy isn’t as well integrated with the mid-range as seen in the ATH-M50X. There’s a relative lack of presence and texture in the lower part of the mids, which means there’s no addition of richness to the hardness of the upper mids and treble. 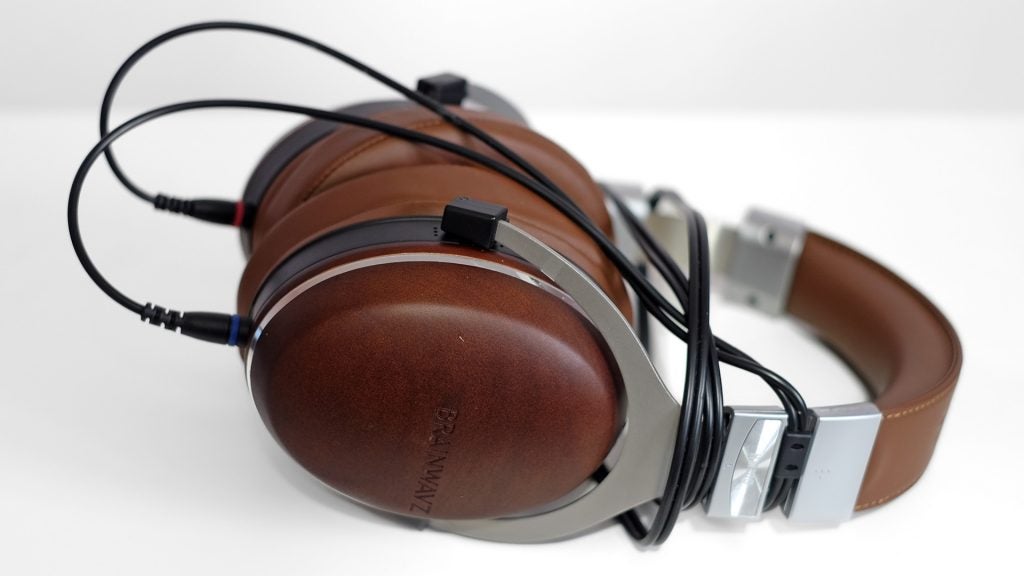 The Brainwavz HM100 also display worse mid-bass control than the AKG K701, which results in a less focused and clear soundstage than that pair and the ATH-M50X.

These headphones clearly sound better than many wireless and wired “street” pairs at the price, but the competition among “pro” and hi-fi pairs is strong.

Why buy the Brainwavz HM100? 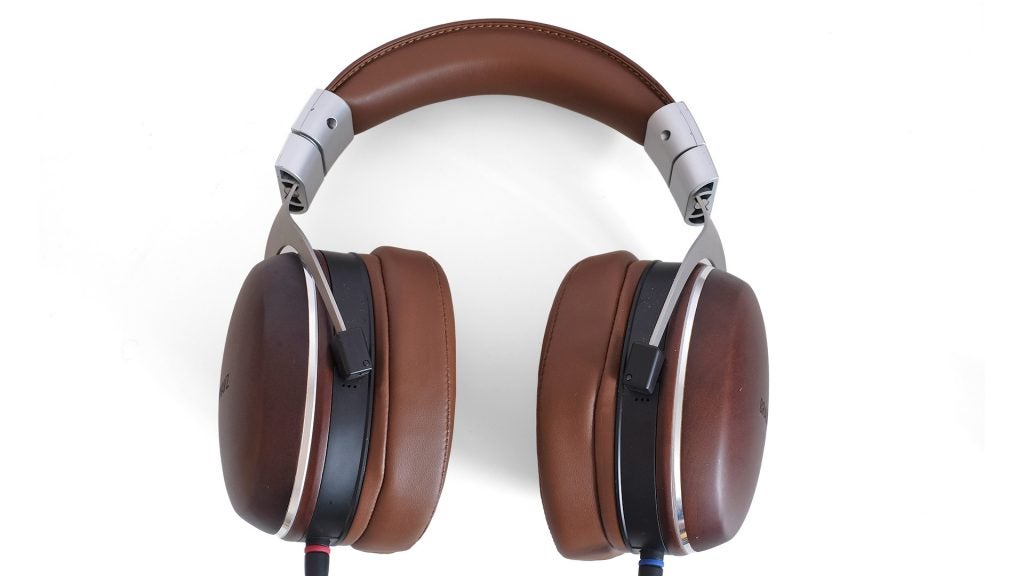 You’ll need confidence to wear the Brainwavz HM100 outdoors. However, doing so is perfectly possible, unlike open-back pairs. And for use at home, the wooden cups are a nice touch.

The sound lacks a little coherence compared with the best sub-£200 pro headphones, however. Sharp treble and a lean on the upper mids and above makes the tone a little challenging for the ear, and not as flat as promised.

For use at home we’d suggest the AKG K702s as an alternative; for use more-or-less everywhere else, the Audio-Technica ATH-M50xBT, which offer Bluetooth functionality too.

Giant closed-back headphones for those who aren’t afraid of sharp treble.