At the time of writing, Braid is the highest-rated game on Xbox Live Arcade. Some critics are already calling it the most important game of the year, others are describing it as a seminal experience to rank alongside Ico, Half-Life 2 and Bioshock. Unquestionably, it’s an excellent game; there are ideas and whole levels in Braid that will inspire some game designers, and leave others green with envy. Is it really as good as everyone is saying? A lot will depend on how much you connect with Braid’s melancholic atmosphere and story. 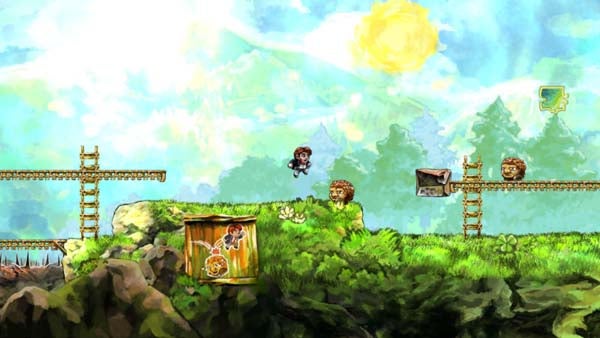 We’ll get to that later. For now, what you need to know is that Braid is a puzzle game masquerading as an old-school 2D platform game, but one that has been jazzed up by time control. On one level its hero, Tim, is on a quest to rescue a princess from a castle, but one of the beauties of Braid is that this plot isn’t to be taken too literally – the various worlds, with names like ‘Time and Mystery’ or ‘Time and Forgiveness’ are introduced with fragments of narrative that reflect on a past relationship and tie into ideas being expressed within each level. Though your initial mission is to get through each world from beginning to end, moving from level to level in sequence, your real task is to collect all the pieces in that world’s jigsaw puzzle, so recreating snapshots that document the stages of the affair. Only by fitting all the pieces back together will you fully understand Braid – or at least your own interpretation of what it’s trying to say. 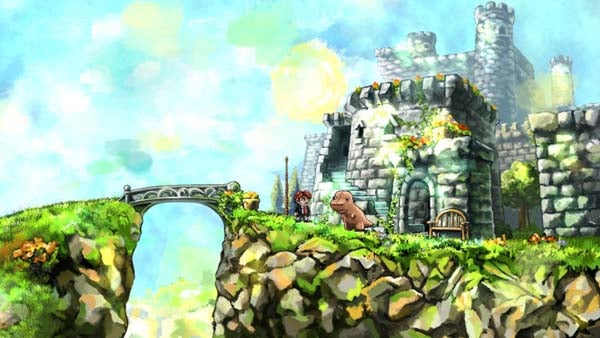 Braid wears its main gaming inspiration – Mario – on its sleeve, with simple left, right and jump controls, plus a nifty bounce attack that eliminates the game’s monsters. Each world ends in a stylised version of a castle that will be familiar to anyone who’s played the first Super Mario Bros, and a boss battle that recurs is not a million miles away from a typical Bowser scrap from Mario’s glory years. What makes Braid different, however, is how tightly and completely time control is integrated into the game mechanics: pressing X at any point sends the game spooling back through the last few minutes of action, back to the very point where you entered the level. This is more than just a rewind feature to save Tim from certain doom; it’s the key to the game’s ingenious puzzles. Trust me: you might have seen this stuff employed before in Blinx or Prince of Persia, but you’ve never seen it done as brilliantly as it’s done here.

Part of this brilliance is that the game is constantly evolving new ways with which to challenge and surprise you. In the first world, the time control is just a means of achieving near-impossible feats; fail a tricky jump and you can just rewind the game to the point before your disastrous leap. By the second world, Braid has introduced objects and mechanisms that are immune to time’s reversal, producing new hazards for you to face, but also new ideas to exploit. Simple door, key and lever puzzles that would have been dull in any other game become brain-bending trials of lateral thinking. Then, in the third world, Braid ups the ante once again with a series of levels in which the passage of time is locked to your movement. Move left to right and time moves forwards, move right to left, and time flows in reverse. Suddenly the game isn’t just about completing tasks, but about completing tasks in a particular, hard to handle order. Then, just when you think you’ve seen it all, Braid throws in a shadow of your character who repeats whatever action you performed before reversing time, then uses this mechanic as the launch-pad for a whole new series of conundrums. 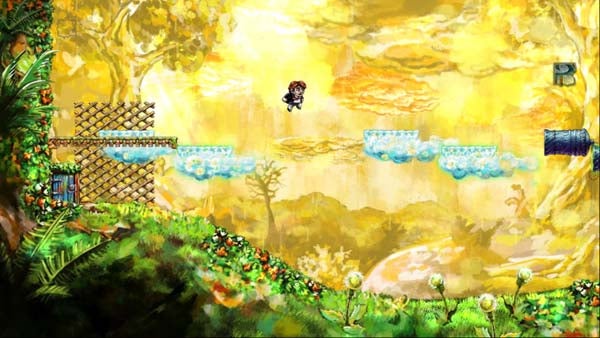 To be frank, I can’t remember a platform puzzle game that packs in so many exceptional moments. At times, Braid can be frustratingly difficult; you’ll struggle to see the solution to a problem and spend half an hour wasting energy on increasingly more desperate theorems. But then something clicks and you’ll suddenly see not just that puzzle in a whole new light, but several others that are holding you back on other levels. It’s every bit as clever as Portal, which given its 2D simplicity is an impressive feat. It’s also worth mentioning that the fact that you don’t ever actually die means you’re rarely pulled out of the game. Once you’re in, you’re in for the duration (or at least until somebody drags you away from the screen). 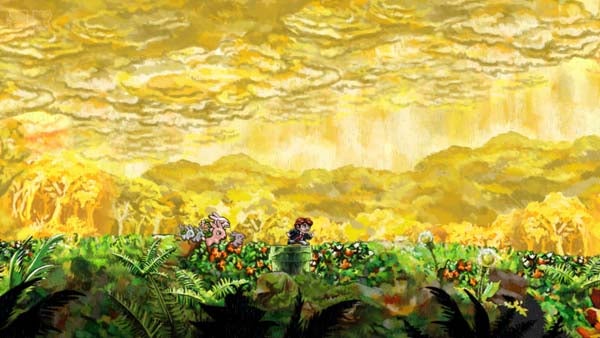 In short, it’s hard to criticise Braid on gameplay terms. You might say that it does a bad job of explaining one key game mechanic which might stymie players until they work it out, but otherwise it’s pretty much faultless. For me, the only thing in question is how the game holds up as an artistic achievement. By this, I don’t mean the visuals, which are beautiful hand-painted sprites and backgrounds with layers of gorgeous animation in the background. Seen in motion, the effect is always convincing and occasionally breathtaking. I certainly don’t mean the music, which is haunting and hugely atmospheric. Braid is nothing if not a distinctive and impressive piece of interactive art. No. The only problem for me is that I don’t find the game as emotionally engaging as many other critics (and players) have made out.

It’s not that I’m untouched by the game’s mood, or by its themes of love, regret and the contradictory demands of human nature. It’s hard not to admire the way the game ties in these themes – particularly the desire to turn back the clock and change the past – with a game mechanic that allows you to do exactly that. It’s hugely exciting to see a game even attempting to deal with this stuff. All the same, I didn’t find Braid all that convincing or that moving. Maybe it’s the slightly florid and overwrought prose that puts me off, but for me Braid doesn’t handle its themes with the grace or impact of, say, Graham Green’s ‘The End of the Affair’, Dylan’s ‘Blood on the Tracks’ or Michel Gondry’s ‘Eternal Sunshine of the Spotless Mind.’ All these works have moved me deeply at one point or another. As of yet, Braid hasn’t. Nor has it affected me as much as Ico did seven years ago or Bioshock did last year. And while I can appreciate how cleverly it plays with video game conventions not just to comment on video games but to comment on the human condition, I’m not sure I’ve found this as profound or earth-shattering as other critics seem to have done. 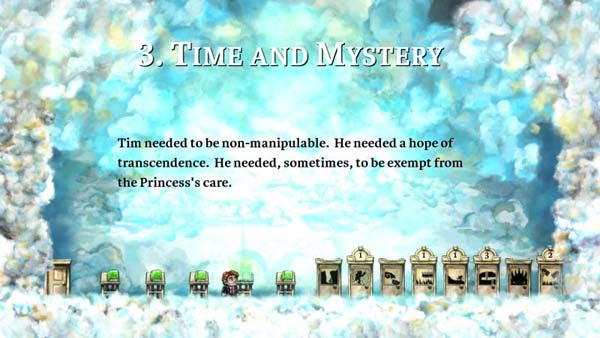 Still, the fact that we can even talk about such stuff in a video game review shows that Braid is on to something, and that all the hyperbole being spewed about isn’t entirely misplaced. Whether Braid has you crying or leaves you cold, it’s impossible to deny the satisfactions of its puzzles or the accomplishments of its design. You might love it or you might merely like it, but whatever your reaction it’s one of the must-play games of the year. 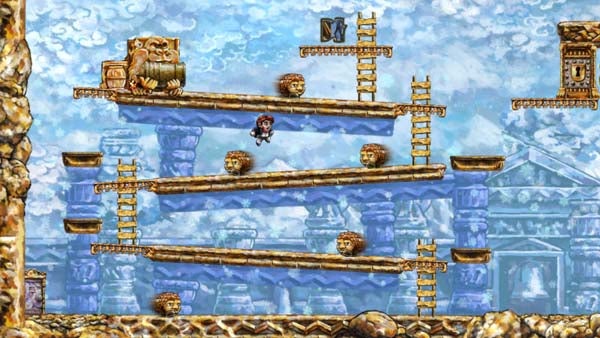 
Whether or not it delivers on its considerable artistic ambitions, Braid is a fascinating and beautifully constructed platform/puzzle game. Don’t miss it.