Bowers & Wilkins has just expanded its massively popular compact speaker range. The Bowers & Wilkins Z2 is the baby of the bunch, and is a lifestyle-leaning speaker that’s just gagging to live on your kitchentop, or in your lounge.

It’s entering a busy market, but the £329.99 Airplay-enabled Bowers & Wilkins Z2 is sure to win an instant gaggle of converts. 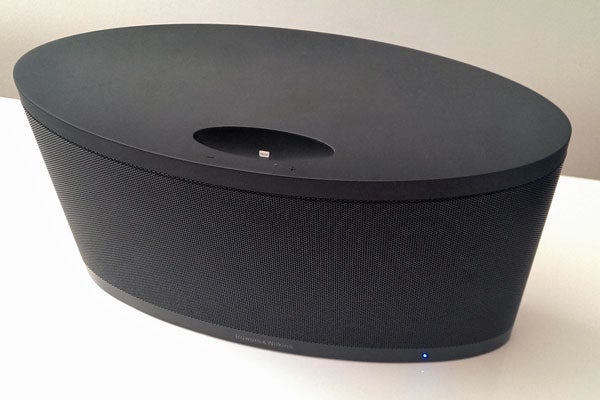 This speaker functions both as a wireless dock, using Apple’s AirPlay standard, and as a more traditional jam-your-phone-in-the-top dock. It uses the Lightning port, and there are no plans to produce a 30-pin version. Those days are long gone, folks.

The Bowers & Wilkins Z2 more-or-less ignores Android users, although there is a 3.5mm auxiliary jack on the rear should you want to plug in another source. When quizzed about its decision to leave out Bluetooth, Bowers & Wilkins said there were no plans to change the current Apple-oriented strategy, but teased with the addendum that you never know what might happen in the future.

In short, it slots perfectly into the current Bowes & Wilkins iPhone line-up.

That also means that build quality is tip top. The Bowers & Wilkins Z2 has a reassuring weight to it, and is built to withstand some punishment. Its speaker grille is metal rather than plastic or fabric, and the dock part is recessed a fair way into the top of the unit, so won’t get damaged by an accidental knock. 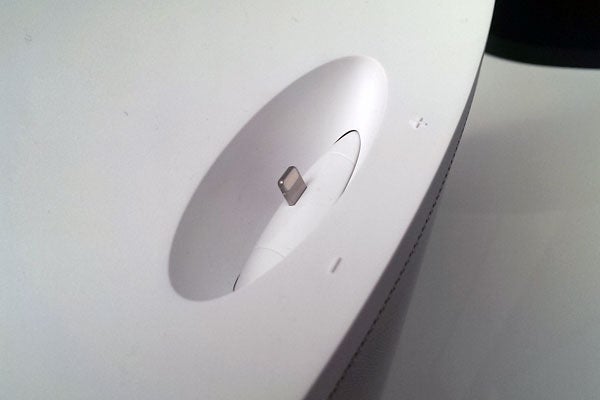 The Bowers & Wilkins Z2’s body is finished in soft-touch plastic. It looks and feels great but, as the white demo unit we saw proved, attracts mucky scuffs like no-one’s business. It comes in black too, though, which should suffer from no such problems. 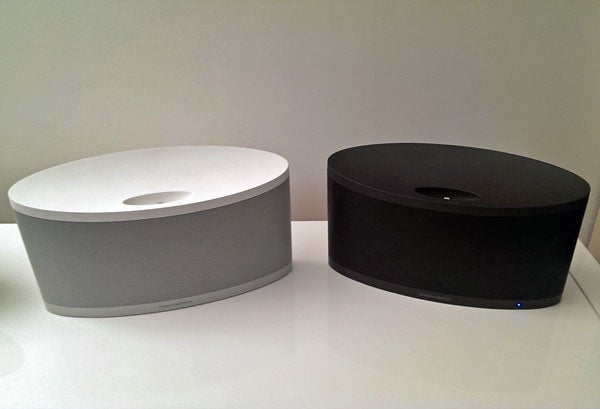 Aside from a couple of delightfully low-key capacitive volume buttons up top and the dock ports itself, all the controls and ports are on the device’s rear. That includes a power button, the aux input, power socket and an Ethernet port – which is optional as the Bowers & Wilkins Z2 has integrated Wi-Fi. 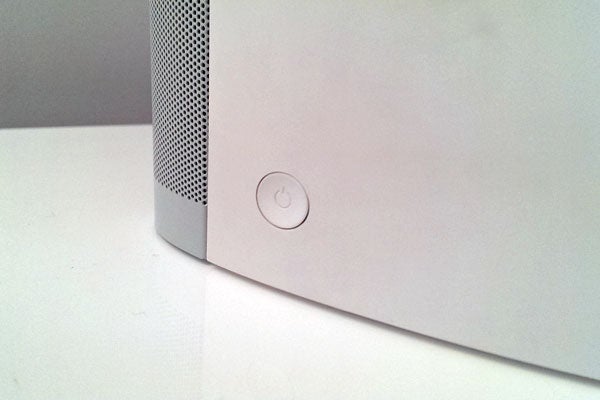 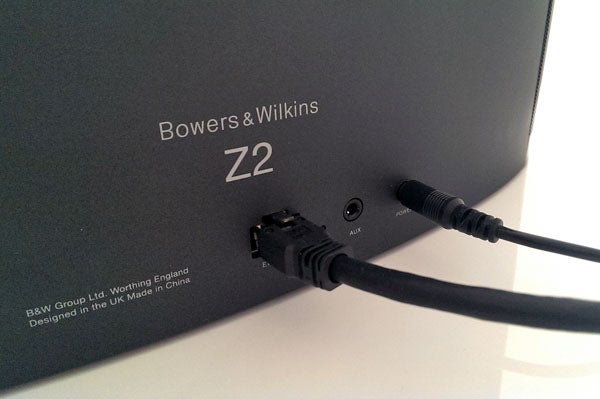 There’s no Bluetooth, however, and no battery. The Z2 is resolutely an at-home speaker.

Bowers & Wilkins promises that setting-up the dock will be blissfully simple compared with the AirPlay docks of old. There’s a setup app that will simply ask you to input your home Wi-Fi’s security key – then you’ll be off. We’ll test this first-hand when we get one in to review. 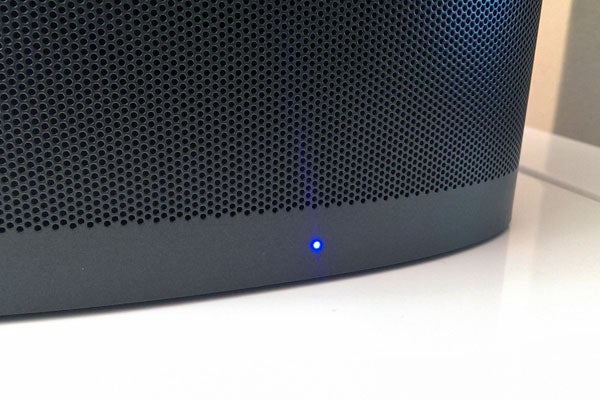 Like many docks of this size, the Bowers & Wilkins Z2 uses full-range drivers, rather than separate tweeters or subwoofer units. It packs two 3.5-inch drivers, mounted flat underneath the curvy metal grille. 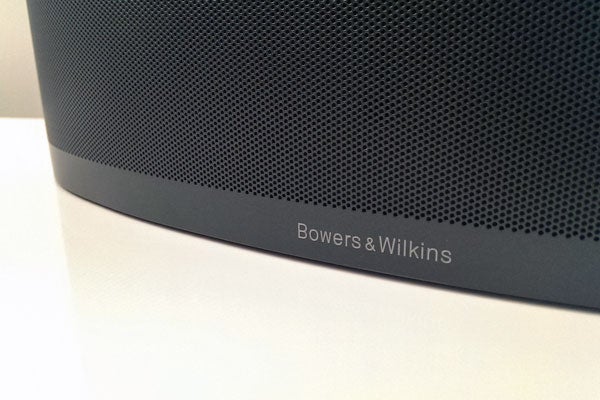 Given that there are none of the side-firing driver tricks often employed in smaller speaker units, the Bowers & Wilkins Z2’s dispersal of sound is pretty impressive. It should have no trouble filling smaller rooms.

Bowers & Wilkins has tuned the unit to mitigate another issue with small speakers too – limited bass. The Bowers & Wilkins Z2 has a fairly warm sound, with decent bassy thwack for a little unit. Although there’s no dedicated bass driver, there is a bass port on the rear, fitted with dimpled that Bowers & Wilkins says will help eliminate distortion – alongside dynamic EQ that manages the sound output as volume goes up and down. 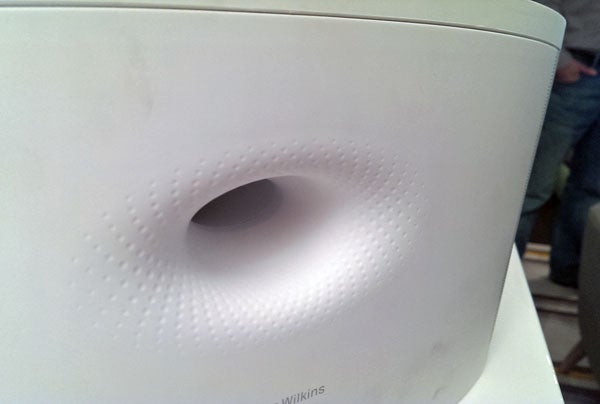 It’s clever, easy to use, and has sound that we’d happily listen to casually. However, there are naturally limitations in a speaker box this small. Bass depth and sound separation are fairly limited, as is treble detailing – not surprising given the lack of separate tweeters.

These are all things to expect from something that relies on a pair of fairly small drivers, but is something that we find hard to swallow when paying over £300. It’s a problem of many smaller AirPlay docks, which command up to a £100 premium over their non-wireless counterparts. AirPlay doesn’t come cheap, apparently.

However, if the cash means little to you and you’re after a classy smaller dock that produces good sound quality in a small package, the Bowers & Wilkins Z2 sounds like a winner. We’ll be back with the full verdict once we get one in to review.