What is the Bowers & Wilkins T7?

While it might be extremely late to the Bluetooth speaker party and isn’t as portable as a Jawbone Jambox or a Beats Pill, it’s been well worth waiting for. This elegant speaker looks the part and delivers where it matters.

Bowers & Wilkins is no stranger to making a gorgeous piece of hardware. Whether it’s the Zeppelin or the P7 headphones, B&W always stands out for build quality and sleek styling. The T7 is not simply another Jambox wannabe and there’s no other Bluetooth speaker that looks like it.

It is big, though – about the same size two Beats Pill speakers on top of each other and a bit more. The predominantly polycarbonate plastic speaker weighs a hefty 940g and while it won’t feel like a brick in your bag, its presence will be felt. 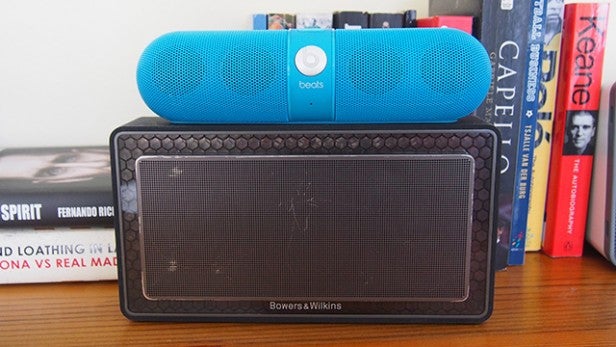 Grey and black can often feel stuffy and boring, but the T7 doesn’t fall into those categories. That’s thanks to the transparent honeycomb shell that sits between the side-facing speaker grilles to bring some light into the mostly dark frame.

The black rubber trim adds a layer of ruggedness, while the base is slightly raised to help keep the speaker in place when you want to crank things up. Along that trim you’ll find the standby button, which when pressed activates a delicate audio cue to signal that the system is turned on. Just above that sits a row of white lights that indicate battery life. Across the top is where you’ll find a set of embedded buttons to play and pause music, adjust volume and to activate Bluetooth pairing. Unlike many portable Bluetooth speakers there’s no speakerphone support here, which will be annoying for some, but for us it’s not really a major miss, as this is truly built for listening to music. 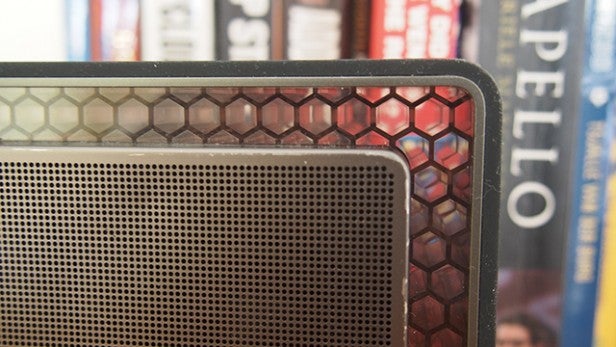 Bluetooth connectivity aside, there’s support for physically connecting your audio-playing devices via the 3.5mm aux port that sits alongside the power input, a Micro USB port that only supports service updates and a reboot button. While it’s disappointing that Micro USB charging support is lacking, the T7 will get through some serious play time before it needs plugging in. Bowers & Wilkins claims an 18-hour battery life and even with an hour or two a day, it can go for weeks. It’s really impressive stuff.

Not everything about the T7’s design is great, though. As we’ve found from taking this on a trip abroad without its own protective bag, and as the images show, the coating on the speakers can peel and chip away, taking away some of the speaker’s overall sheen. 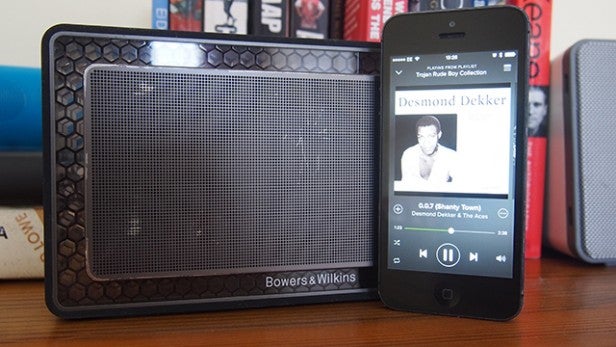 What you’re paying all that money for is the audio performance, and the T7 certainly delivers. It has the power to fill a decent-sized room and thanks to its bigger-than-average frame, fits in twin 50mm drivers and two Class D amplifiers to provide gorgeous sound quality that rivals traditional speaker setups.

Streaming music from Spotify, Soundcloud and internet radio stations via an iPhone and the Samsung Galaxy S5, the T7 impressed across the sound spectrum. There’s plenty of low-end warmth, detailed mids and punchy highs. Bass response is excellent and there’s none of the rattling or distortion you can get with bass radiators packed into the small body of a Bluetooth speaker.

We also paired it with an iPad Mini to stream from Netflix and Amazon Instant Prime, and you still get the same depth and warmth in the audio. The biggest compliment we can give is that the T7 is still in use months after first testing it. 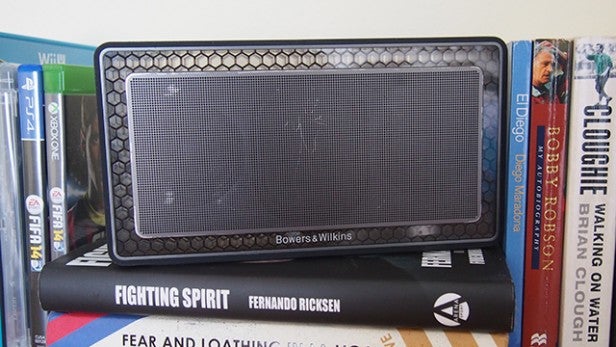 Should I buy the Bowers & Wilkins T7?

As a portable Bluetooth speaker, the T7 is in a price and size bracket of its very own, but if you are willing to pay for the best then this is it what you get. £300 gets you a good-looking speaker with mammoth battery life and stellar sound quality.

You won’t be able to fit it in your pocket, and we still have to take issue with the peeling paintwork but, once you hear how good it sounds, but those are the things we can overlook for an otherwise top-notch speaker.

If £300 is just too much to spend on a portable speaker, the Pure Voca (£79) is a great budget option that delivers great audio, or there’s the Sony SRS-X5, although you’ll have to live without the same stability at louder volumes.

The Bowers & Wilkins T7 isn’t the most portable speaker, but it delivers fantastic, room-filling sound and mammoth battery life, making it well worth the money.