Soundbars can be found across a wide range of budgets, but at £1,500 B&W’s debut effort is a strictly high-end affair. It crams a full 5.1-channel speaker system and Dolby Digital/DTS decoding into a single unit, which can be wall-mounted or plonked on top of your AV stand.

Bowers & Wilkins Panorama soundbar not for you? Check out our round up of the best soundbars to buy


Pricey it may be, but the care and craftsmanship that went into its design is immediately apparent. It’s heavy, flawlessly constructed and adorned with a glossy aluminium top panel, which curves round at the back. If there’s a better looking soundbar out there, we’re yet to see it.

Set into the front speaker mesh is a display panel with large red digits. On either side are LEDs indicating the selected sound modes and audio formats, plus there are standby, mode and volume keys for up-close control.


The rear sockets are better suited to DVD players than Blu-ray decks. Dolby Digital and DTS bitstreams can be fed using any of the three digital audio inputs (two optical, one coaxial) and there are also two sets of analogue stereo inputs plus a subwoofer output if the on-board sub doesn’t satisfy. But the lack of HDMI inputs and Dolby True HD/DTS HD Master Audio/LPCM support is disappointing for the money and will no doubt cause the Blu-ray brigade to look elsewhere. 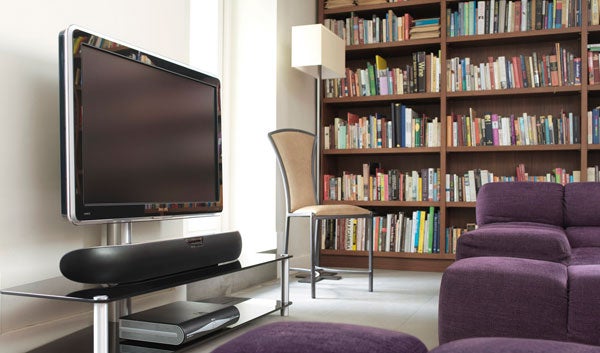 Installation is easy. In the box is a bracket for those who want to wall-mount the soundbar below their TV (it’s designed for sets 37in and up) but alternatively you can place it on a flat surface with or without the supplied feet screwed onto the bottom. Audio configuration is a little tricky due to the constraints of the small display panel, but there’s a decent amount to play with. The Sound mode lets you set the bass and treble levels, optimise internal bass performance and configure an external sub. You can also select from three room presets (or set the parameters yourself) and alter the gain and delay.

The Panorama comes with a small oval-shaped remote, with just seven buttons arranged in a cross formation. It’s a bit fiddly but hats off to B&W for trying something different and the gloss black/sliver combo is extremely fetching.


For sheer aural excitement, few DVDs can match The Lord of the Rings: The Fellowship of the Ring’s DTS ES soundtrack, and its spellbinding audio design provides the perfect test for the Panorama’s capabilities. The great news is that its sound quality is incredible, but the bad news is that like many other soundbars it lacks the necessary surround separation and precision to make it a viable substitute for a proper 5.1-channel system. 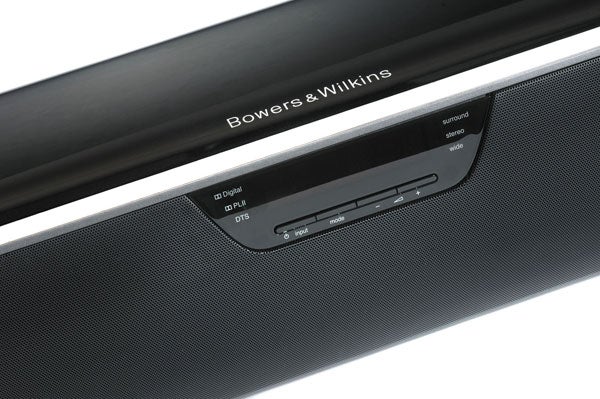 The unit’s reliance on walls to bounce surround effects to your ears means that the shape of your room and the unit’s position play a big part in the end result. Placed in the corner of an average-sized, rectangular living room, the sweet spot was ambiguous and rear effects never really sounded like they were emerging from behind the listening position. The soundstage is certainly expansive but won’t have you whipping round to see where that arrow came from.


Panorama does, however, deliver sensational sound quality in all other respects. Most impressive of all is its ability to generate bass levels on a par with a decent separate subwoofer, which completely knocked us for six when our test disc kicked into life. 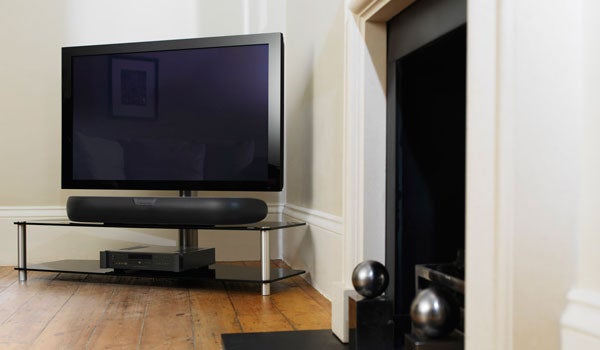 Rich, full-bodied low-end underpins the action from start to finish, bulking out the big action scenes but also lending subtle depth to gentler ones. The rumble of the river as the Fellowship leaves Rivendell, the pounding percussion of Howard Shore’s epic score and the potent thuds as Gandalf battles with the Balrog are all delivered with the sort of muscularity you’d expect from a full separates system. It’s quite a feat.

In terms of scale and speed, the unit’s handling of the Mines of Moria sequence is a revelation. Atmospheric echoes create an impressive sense of space and width, and when the Cave Troll bursts into the chamber its clanking chains and blood-curdling roar are suitably bracing but never harsh. The Panorama injects a real sense of drama into the scene that you simply wouldn’t get through TV speakers.

Sparkling high frequency response coaxes out plenty of detail and lends a crisp edge to the effects. Panorama’s dedicated centre channel also does a terrific job with dialogue – Galadriel’s voice is breathy and ethereal, while Gimli’s is convincingly gruff. The system also gets nice and loud without even batting an eyelid.


B&W strived to make the Panorama as good with music as it is with movies and its efforts have paid off. Love and War by Daniel Merriweather on CD is a real treat, lending neck-snapping urgency to the hip-hop beats of Change, as well as reproducing bass notes with expert agility and digging up plenty of detail. 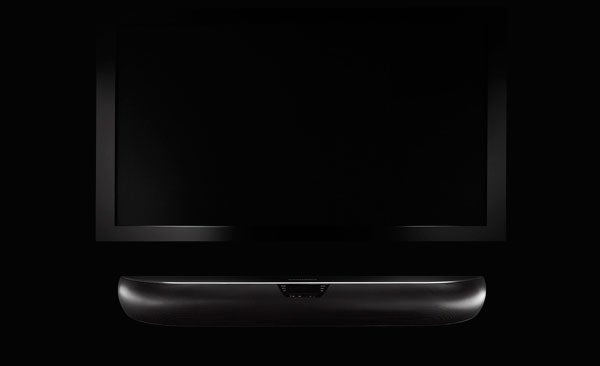 
Forgive us for going all Sybil Fawlty and stating the bleedin’ obvious, but this is an expensive soundbar – you could get yourself a pretty good 5.1-channel speaker system for the same sort of money, or a rival soundbar for a fraction of the price.


In order to justify it, Panorama needed to knock it out the park in terms of sound quality, and thankfully it does just that – for the most part, anyway. We’ve never heard a soundbar that musters this much bass, which means you don’t need to add a sub, plus the rest of the sound is polished and engaging. Only the unconvincing surround performance lets the side down sonically – Marantz’s ES7001 is much better on that score.


But the biggest disappointment is the lack of HDMI inputs and HD audio decoding, which we would have expected at this price – particularly as typical B&W buyers are likely to have Blu-ray players anyway. It’s is a surprising oversight from a company normally at the cutting edge of audio technology.