The P9 Signature are one of the best headphones Bowers & Wilkins has produced and are a glorious way for the company to celebrate a half-century of existence. They’re expensive, but the delightful sound, wonderful construction and sheer joy they exude go some way to justifying it.

What are the Bowers & Wilkins P9 Signature?

Bowers & Wilkins is celebrating its 50th anniversary, which is a significant achievement for the British audio firm. In the past, the company has ushered in new milestones with limited editions – loudspeakers with some serious audiophile appeal, but an eye-watering price to match.

[UPDATE: We’ve been told that the last of the B&W P9 Signature headphones have been sold into retail, so if you’re looking to buy a pair, we’d suggest getting them sooner rather than latter]

This time, however, Bowers & Wilkins is celebrating by launching a new pair of headphones in the form of the P9 Signature, its new flagship over-ear cans.

At £700 these are by no means cheap, but considering the cost of previous anniversary products, which were north of £10,000, these suddenly seem a little more reasonable.

Once you put them on, they begin justifying their position as Bowers & Wilkins’ top-of-the-range headphones, too. These are seriously excellent headphones, and a fitting anniversary celebration.

Instead, to give the P9 Signature an air of exclusivity in keeping with their special-edition nature, these are the first B&W headphones available in brown and silver. Wearing them you’ll feel like you’re part of an exclusive club. Or, perhaps, a little conspicuous – it could go either way. 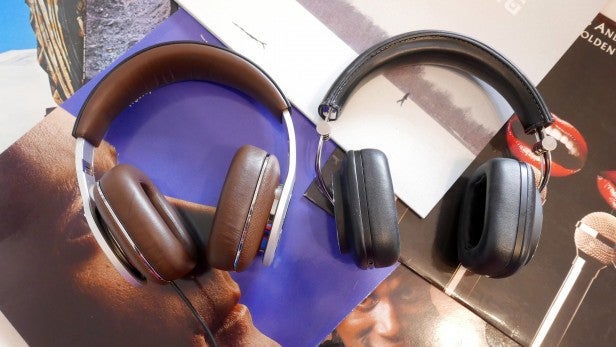 P9 Signature on the left, P7 Wireless on the right

The design takes the premium look and feel of the P7 Wireless and dials it up a notch. All of the materials were selected specifically for the P9 Signature, including the luxurious Italian Saffiano leather that has a unique cross-hatched stamping across the outside of the earcups and headband.

This is paired with aluminium for the frame, and the earcups slide up and down an adjustment rail. The rail is different to that on B&W’s other headphones, and is slightly trickier to use, but it’s a minor criticism. The earcups have a slight horizontal rotation to allow them to adapt to the shape of your head. 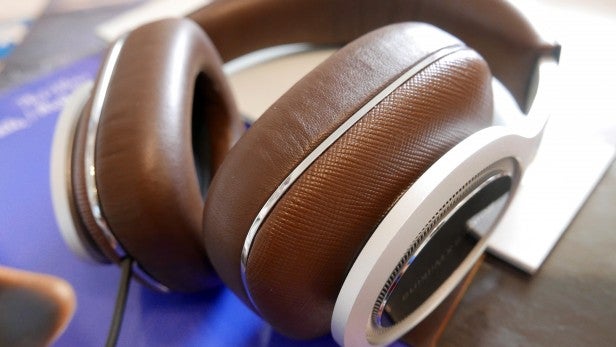 The vented multi-layer memory foam cushioning of the earcups and headband is plentiful – these are headphones you can quite happily wear for hours at a time. The comfort levels are heightened by the sheer size of the cavernous cups, too.

They perfectly envelope your ears while providing plenty of clearance for your lugholes to breathe and, more importantly, for more air to move in and deliver the P9 Signature’s sound.

For portability, the P9 collapse down to fit in the included case, which is made from Alcantara, a composite material often seen in luxury cars. 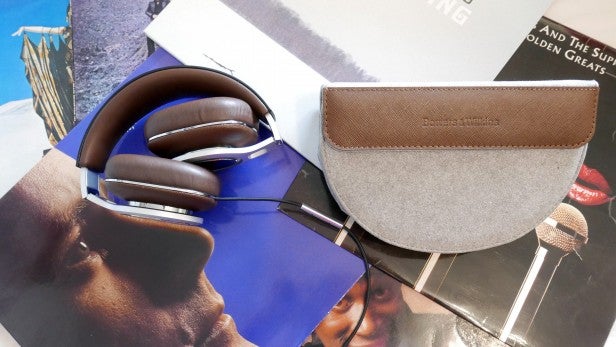 As the P9 Signature are wired headphones – unlike B&W’s other recently launched headphones – you get a range of cable options included. There’s one Apple-friendly three-button remote cable with a microphone, alongside two standard 3.5mm cables – one of which is 5m long for home hi-fi use. A 6.3mm adaptor is also thrown in. Swapping out cables just requires you to remove the left ear cushion in customary B&W fashion. 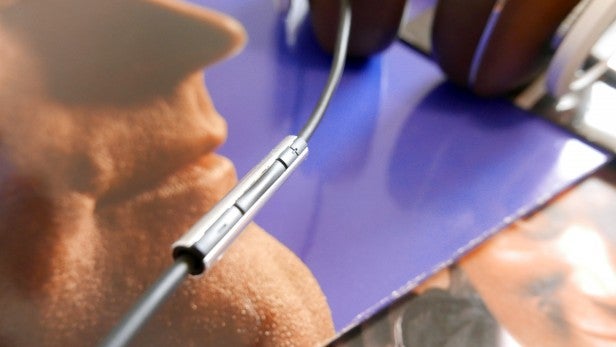 B&W has promised that a Lightning cable for iPhone users will be available in early 2017, which you can claim for free. The only thing otherwise missing is an airplane adaptor, but these are inexpensive if you need one.

The cables terminate in a 2.5mm plug, but have a proprietary shape in connecting to the earcup. This means you’ll need to get B&W replacement cables should they get damaged.

The design of the connection does at least mean the cable becoming detached is never going to be an issue if it gets snagged, and makes for a more elegant look compared to other detachable cable designs.

While B&W may have foregone releasing an anniversary loudspeaker this time, that doesn’t mean its rich loudspeaker heritage hasn’t played a part in the P9 Signature’s design. B&W has tried to emulate the effect of listening to stereo loudspeakers by angling the transducers.

They’re designed to more closely follow the angle of your ears, maintaining a consistent level of space between them. Sound is therefore meant to feel like it’s coming more from in front of you, rather than from the sides. 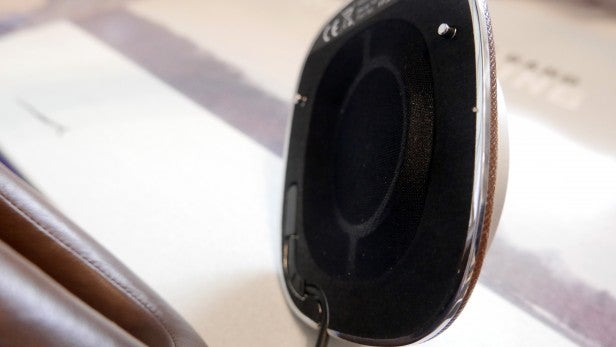 In listening, the effect isn’t actually that pronounced. You’re definitely still listening to closed-back headphones – the sound is only slightly more in front and it’s an effect you quickly take for granted. You only really notice it when jumping back to other headphones with conventionally angled transducers, such as the P7 Wireless, as your ears become used to the P9’s sound very quickly.

Flipping the P9 Signature around so that the earcups are on the wrong ears also produces a slight backwards shift in the sound direction, too. So the angled transducers do have the intended effect, just not to a major extent.

B&W has borrowed other loudspeaker principles, including the decoupling of the earcups from the headband, which limits any potential vibrations that would otherwise distort or impact the sound production. The added distance between the drivers and your ears also makes for a fuller-bodied sound and a wider soundstage.

Driving the P9 Signature are a pair of 40mm full-range drive units. These have a frequency response of 2Hz to 30kHz and an impedence of 22 ohms, so they can be driven easily by most devices.

In keeping with B&W’s house signature, there’s plenty of low-end presence, but it’s tighter and better controlled than on the P7 Wireless. It gives tracks added energy, playing a welcome supporting role rather than spilling over and making the sound overly warm.

The mids and trebles have room to breathe, resulting in a delightful amount of detail and clarity. Chances are, you’ll hear nuances and detail in tracks you thought you were already familiar with.

I threw on some live Charles Bradley and there was an extra layer of raspiness to his soulful voice that I’d never noticed. You’ll take delight in revisiting your old favourites and hearing them in new ways. 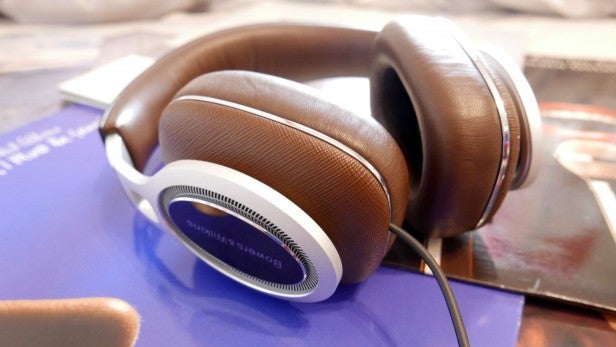 While the sound isn’t quite emulating loudspeakers as much as I would’ve liked in terms of coming from in front, the soundstage is one of the widest I’ve heard from closed headphones. The stereo separation in “All Along the Watchtower” in particular is marked. Instruments come in from all directions and Hendrix’s vocals are nicely separated from the other layers.

The P9 Signatures perform well across the board, too. They acquit themselves across musical genres, delivering energy when needed, or a more gentle touch when the track calls for it.

They sound good regardless of what you put through them. Even just streaming Spotify at its highest bitrate you’ll hear an improvement. Of course, feed the P9 Signature something of higher quality and they’ll really shine. Driven by a Creative Sound Blaster E5, clarity and detail from my Hi-Res Audio test files was dialled up to 11.

As mentioned, though, the P9 Signature require very little to drive them, so they’ll play nicely with smartphones without amplification – even if that won’t show them at their best. These headphones do lend themselves to on-the-go use, thanks to the generous cushioning providing a decent amount of passive isolation.

Should I buy the Bowers & Wilkins P9 Signature?

The P9 Signature are by far the best headphones Bowers & Wilkins has produced and are a glorious way for the company to celebrate a half-century of existence.

Yes, they’re expensive, but the delightful sound, wonderful construction and sheer joy they exude go some way to justifying the expense. They’re surprisingly versatile, both in how easy they are to drive, as well as in their sound reproduction. Regardless of what you feed them, they sound lovely.

Bowers & Wilkins’ delightful anniversary headphones are a birthday present for everyone.