Some audio brands are renowned for offering style over substance – relying on clever marketing and a stand-out design rather than good audio quality. Bowers & Wilkins tends to offer the style of these image-obsessed brands and great sound, with a price tag that – while reassuringly expensive – isn’t stratospheric. The B&W C5 earphones are its first attempt at an in-ear set. Let’s find out if they’re worth the £150 asking price. 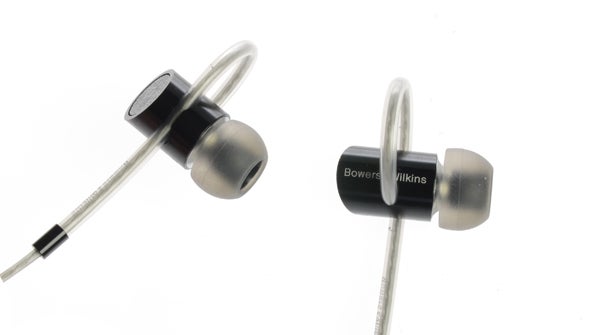 Their black-suited bodies are armoured with thick metal, topped with a semi-porous “Micro filter” that looks like one of those needle toys it’s very difficult to avoid rendering your face in. They offer greater strength than many expensive sets, and a sense of style that’s makes them almost valid as a piece of jewellery. We’ll grant the look won’t be for everyone, though. 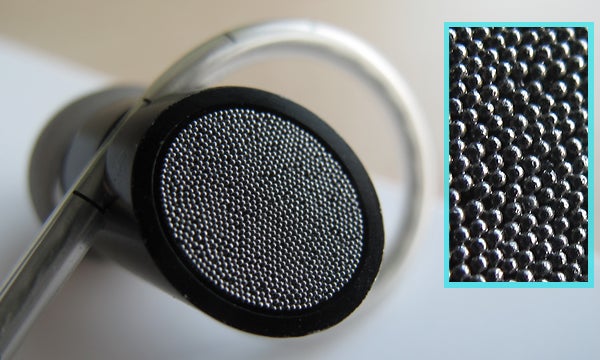 A loop of flexible plastic winds around the earpiece, forming the letter P as it sweeps around and back into a little groove in the metal shell. It’s a bit provocative – a bit The Fifth Element – when matched with the stark diagonal angles of the buds – but it’s not just there for show. This loop fits into the curve of your ear, just above your ear canal, to give a more secure fit. Initially, this seemed to us to be a recipe for earache, but it’s remarkably comfortable.

The loop is fully adjustable, enlarged or made smaller with a quick pull, yet the grip the groove in the earbud supplies is strong enough to stop it from moving about in normal use. It is a rather brilliant design, and one that would almost certainly fall apart, perhaps literally, in less capable hands. Bowers & Wilkins also claims that an internal tungsten sound tube means the earphones are weighted towards your ear rather than away from it in normal use, making them even less willing to fall out.

There is one minor strength concern. Like most IEM earphones, the Bowers & Wilkins C5 come bundled with rubber tips, design to block out external noise. Unlike most tips, though, these are not made of a single piece of rubber. Presumably another style point, the “mushroom” that enters you ear canal is colourless and translucent while the part that interfaces with the earbud is black. If you’re not careful enough about removing the tips from the earbud, you may rip them along the seam where the two parts join. As we did. 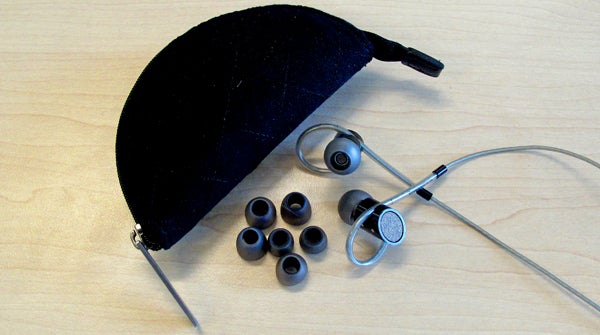 Four sizes of tip are included, but there are no spares so be careful how you yank ’em. A very neat little half-moon carry case is included, clad in luxurious suede.

If that handy reflection wasn’t there, you’d hardly be able to see the remote’s markings

The stand-out accessory feature of the lot is the in-line mic/remote housing – because it doesn’t stand out much at all. Although it doesn’t try to blend-in with the silvery look of the earphone cable, the black housing of this unit is one of the subtlest we’ve seen. The volume up/down symbols on it are incredibly discreet, but the dip between the two buttons makes blind operation a cinch. This remote-come-handsfree kit is compatible with iPhones and iPod Touch devices. Predictably, it refused to play ball with our test Android phones.

But what of sound quality and noise isolation?

Part of the Bowers & Wilkins C5 earphones’ design is supposedly semi-open. The semi-porous back is intended to give them the open, expansive sound missing from some sets, but you’d assume that this would also have negative usability effects too – that it would let your music leak out, and let more troublesome noise in.

Well, the back can’t be all that porous because they do not leak sound significantly –  nothing like an open-back headphone – and with the proper tips applied they provide decent noise isolation. Without any music playing, the isolation is bettered by Shure’s silicone models (and most foam tips), but in use that sense of seclusion from the outside world is one of the most complete we’ve experienced in a while.

This is as much down to the power of the sound as the isolation offered by the IEM-style design. The B&W C5 earphones are lush, full and sonically verdant, and can make music sound enjoyably larger-than-life. Bass response is far greater than average, somewhat reminiscent of the Sennheiser IE8i basshound audiophile earphones.

However, in opting for this oversaturated vivacity, they risk giving music an almost cartoonish quality a little out of place in the £150 headphone space. While we wouldn’t argue against the sound being tremendously enjoyable, it’s not always entirely accurate. Bass is deep and full, but less well-controlled than the Sennheiser IE8. Where that earphone thumps deep and hard, but has border controls stricter than the Berlin wall, the C5 bass will occasionally expand out too far, sounding slightly bloated.

It never sounds muddy though, as the excitable bass is matched with a similarly-vivacious treble. It’s bright, open and insightful, but once again doesn’t quite match the top rivals, such as the Jays q-JAYS and Ultimate Ears 700.

When stretched they can succumb to a little sibilance and harshness too. It’s up to the recording to fall down and provide the Bowers & Wilkins C5 with the ill-administered treble with which to hang themselves, but nevertheless the Phonak PFE 012 and Sennheiser IE8 both fare better, pacifying harshness more effectively before it reaches your ears.  When not challenged so far though, they sound sweet and insightful. 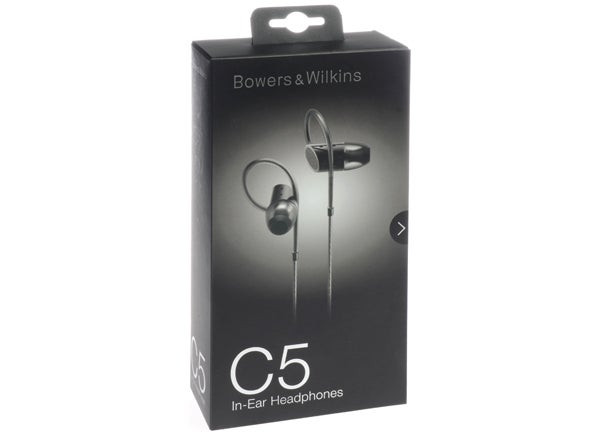 It may sound as though we’re not particularly impressed with the sound of these earphones, but that’s not the case – it’s simply that its signature is one pedants can pick holes in. To some, this will make them the wrong choice, but for others they will be perfect. They offer an open-sounding, wide and rich interpretation of music that sounds vibrant, exciting and – well – alive. The scale of sound here one-ups most earphones, at any price.

What you need to ask yourself is what you really care about, and whether audio accuracy is a key concern. If it is, you’d be better off saving yourself a few pounds and snapping-up something like the Phonak PFE 112. What very few other high-end earphones offer that the Bowers & Wilkins C5 have is a rock-solid sense of design. The Sennheiser CX980 had a good stab at style, but are less visually dynamic and don’t quite have quite as satisfying sound either. It’s not so much a question of style or substance, but enjoyment (of one form at least) or analytical accuracy. These headphones aren’t afraid of dolloping on a generous amount of “ear candy”, and that’s arguably not what headphones of this price are really about.

Verdict
Bowers & Wilkins’s design-led approach has come to the fore once more in the C5 earphones. They’re far more interesting-looking than almost all other in-ear pairs, and are incredibly well-made to boot. The sound is satisfying too – open, full-bodied and powerful – as long as your ears aren’t too critical. Lacking control in the low end and unable to tackle sibilant passages of audio as well as the best, they’re beaten by several rivals in pure audio fidelity terms. That’s not to say they’re not delightful to listen to with most music, though.