If you’re a hobby photographer, with maybe a decent DSLR and a growing collection of lenses, tripods and other accessories, you’ve probably tried your hand at portrait photography. You can do a lot with natural light or with very basic equipment, but if you want to get creative then sooner or later you’re going to want a proper studio lighting system. The big names in home studio lighting are Elinchrom, Lastolite, Interfit and Bowens, and they all make starter kits designed for the home-based hobbyist, mostly costing between £400 and £600. This is obviously no small investment for the non-professional, so to help you make the right choice, over the next few weeks I’ll be reviewing some of the latest kits. Today I’m taking a look at the new Bowens Gemini 400/400 twin-head kit, which retails at around £560. 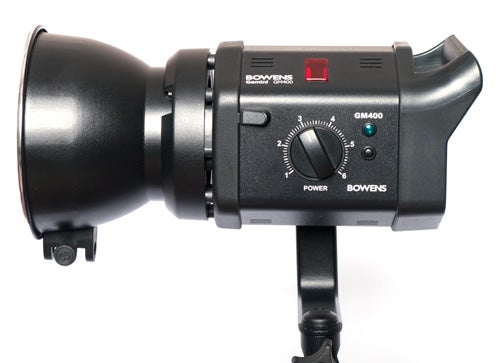 The Gemini 400/400 kit contains the basics of a good home studio lighting system. For your money you get two compact but powerful Gemini 400 flash heads, two aluminium 120-degree reflectors with brolly mounts, two sturdy metal stands, two mains leads, a camera sync cable and two 90cm silver/white brollys with removable covers that can be used as either reflectors or diffusers. The kit comes in a large black holdall bag, and all included weighs approximately 12.5Kgs (27.5lbs), so you won’t want to be carrying it up too many flights of stairs. It’s possible to slip your arms through the bag’s handles and wear it like a rucksack, but I wouldn’t exactly describe it as comfortable. 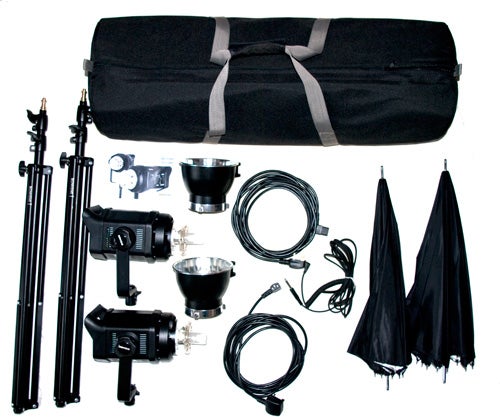 The Gemini 400/400 kit isn’t the entry-level product in Bowens’ range. There is also a cheaper Gemini 200/200 kit selling for around £480, which contains the same accessories but has two of the less powerful Gemini 200 flash heads. If all you want to do is shoot solo portraits at home then this would probably be sufficient, but the extra power of the 400Ws Gemini 400 head gives you the option of shooting larger groups, or shooting in larger spaces. There is also a 400/200 kit for around £550. The next step up the price ladder is the professional 250/250R kit for around £800.

A British company in business since 1923, Bowens is one of the most respected brands in studio lighting, introducing its first electronic flash systems in the 1950s and inventing the first modern “monobloc” flash systems in the 1960s. The simple, efficient and easy-to-use design of the Gemini 400 flash head reflects this wealth of experience. The body of the unit is made of steel with a more-or-less hexagonal shape which is inherently strong. The front end and the reflector mount appear to be cast alloy while the rear control panel and grab handle are made of chunky ABS plastic. The whole thing is robustly over-engineered certainly seems to be built to last, although this does make the heads quite heavy at 2.6Kg. The Gemini 400 comes across not as some entry-level toy but as simply a smaller version of Bowens’ professional flash heads, and is built to the same standard. 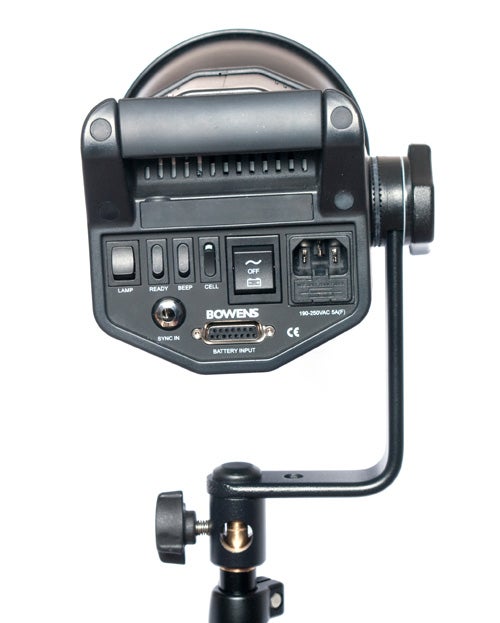 The controls of the Gemini 400 are very simple. Bowens has elected to forego the digital controls and LED displays used by some of its competitors in favour of simple and reliable manual knobs and switches. On the rear panel are on/off switches for the ready indicator (which uses the modelling light to indicate when the flash is ready to fire), a ready “beep” signal and the slave trigger cell. Power is controlled by a three position switch; the Gemini 400 can run on either mains power (190-250V AC) or on DC power from the optional Bowens Travelpak rechargeable battery pack, making it a good choice for outdoor location shooting. The modelling light is also controlled by a three-position switch, with the options being off, full power, or proportional to the flash output. 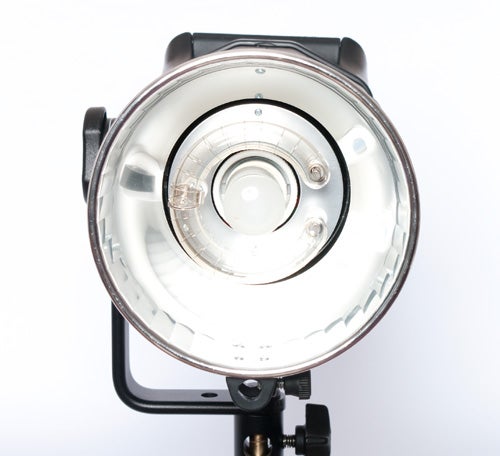 Flash power is controlled by a large dial on the side of the unit. The output is variable by up to 5 EV, and the dial is marked from one to six, so setting precise ratios of light between different flash units is simply a matter of adjusting the dials accordingly. Increasing the dial setting by one increment doubles the flash power output. The Gemini 400 features a resistive power dump function, so when the flash power is turned down the surplus power is safely dissipated and the nest flash will be at the correct output. Unlike some older flash systems I found power output and colour temperature to be very consistent from one shot to the next. The recycle time at full power is around 1.5 seconds.

As with any electronic studio flash, the flash tube and modelling lamp are consumable commodities, and are designed for easy user replacement. I’ve used Bowens flash units professionally and I’ve never known one of their flash tubes to wear out, but their exposed position on the front of the head means that they are a bit prone to accidental damage if you’re careless. Modelling lamp bulbs on the other hand burn out with monotonous regularly, and they are fairly expensive. The recommended Halostar 250W bulbs cost around £17 each, and only last for about 150 hours. The Gemini 400 incorporates a bulb-saving feature that turns the modelling lamp off after 30 minutes if the flash hasn’t been adjusted or fired, but nonetheless one of the modelling lamps burned out while I was testing the kit. The flash will still work of course, but without the modelling lamp it’s hard to judge what the shot will look like. I have previously used 200W screw-fit domestic lightbulbs as replacement modelling lights, but in today’s energy-conscious times these are getting difficult to find. 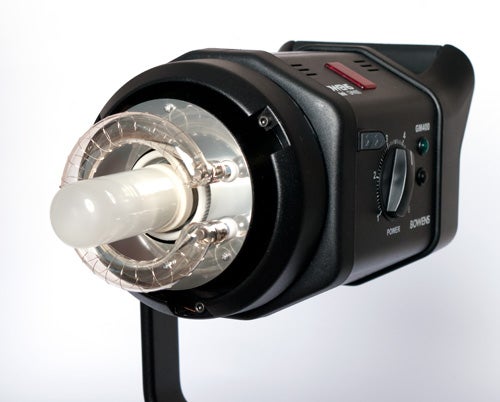 In actual use the Gemini 400/400 kit is very good. The easy controllability, reliably consistent power output and colour temperature, and fast recharge time meant an afternoon modelling shoot went without a hitch (apart from the quickly replaced blown modelling lamp bulb) and produced some excellent results. The only problem I encountered was that one of the slave cells seemed to be a bit too sensitive and kept triggering the flash whenever the modelling lamp on the other unit was turned up, but that was caused at least in part by shooting in a very small room with the lights close together. Simply switching which light was synced to the camera solved the issue. 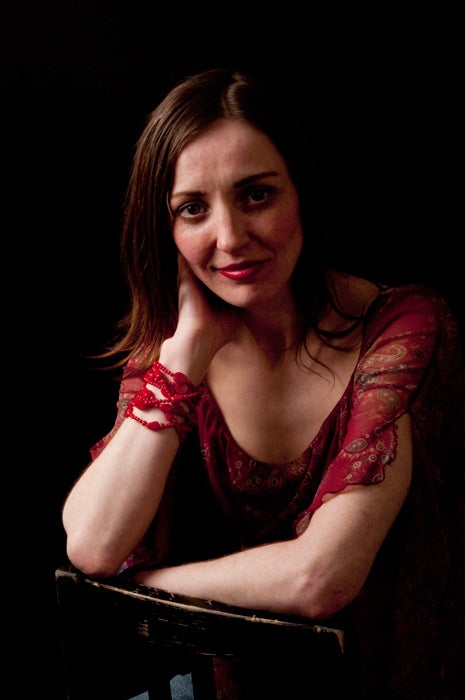 The 400/400 kit may be and expensive accessory for the amateur photographer, but it is actually pretty good value for money. The Gemini 400 heads are priced at around £260 each, so you’re effectively getting the stands, brollies and bag for free. It would be nice if it was available with a soft-box and a brolly as an alternative to two brollies, but that’s a minor quibble, and if you buy from a high street shop you might be able to persuade them to do this for you anyway. As it stands the Gemini 400/400 kit would make an ideal starter kit for any hobby studio, or even as a portable alternative rig for a working professional.

The Bowens Gemini 400/400 twin-head starter flash kit is made to the same high standard as Bowens’ professional equipment. It offers robust build quality, simple easy-to-use design and reliably consistent results. It can be the foundation of a growing studio system, while its portability and the versatility of optional battery power make it a good choice for outdoor location shooting.