Exclusive to PS4
With their last joint venture, Datura, Plastic Studios and Sony’s Santa Monica Studio produced one of the most beautiful, atmospheric but utterly baffling games on the PS3; stunning to look at, awful to play. Bound is a vast improvement. Like Datura, it’s an astonishing piece of work on both the technical and artistic levels, but also enjoyable and intriguing enough to keep you playing. It’s hard to escape the feeling that it could have been even better, but where Datura was a game where the audience suffered for the sake of art, Bound manages to tie everything together.

It’s an arthouse game in the same vein as Inside, Abzu or Journey, but in the shape of a 3D platformer featuring a beautifully-animated dancer. Framed by scenes of a pregnant woman on a beach, its levels are explicitly interior journeys, reaching deep into her psychology, family history and and childhood memories. I’ll leave you to discover their nature and their meaning, not least because they’re open to interpretation and that interpretation is a core part of the game. 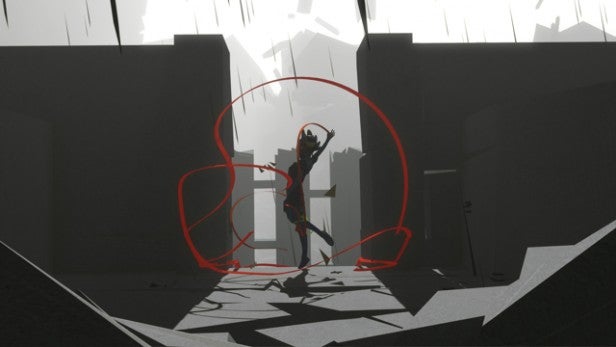 And what journeys they are, each one a trip through constantly shifting, blocky landscapes, where the towers and pathways assemble and reassemble before your eyes above a rippling sea of chaos. As the masked dancer – the princess – makes her way along, the landscape moves and distorts to enable her progress, or even just to give the camera tracking her a better view. This is a dream-world where normal rules do not apply, where gravity might shift so that walls become floors or a pathway spirals to carry you onwards, and where the princess might soar skywards on a ribbon or travel deep down under that primal sea. There’s as much Escher in here as Miyamoto, and it makes for one incredible visual experience that’s part unsettling, part euphoric.

These landscapes are haunted and perilous as well. A masked queen gives you instructions, while towering, demonic figures stomp and clamber their way through, one occasionally helpful, one hostile, its roars making the princess curl into a quivering ball. Red spheres, writhing shapes, strange tentacles and huge flocks of paper planes also punctuate the landscape, becoming threats that might hurt the princess or lock her in their grasp. 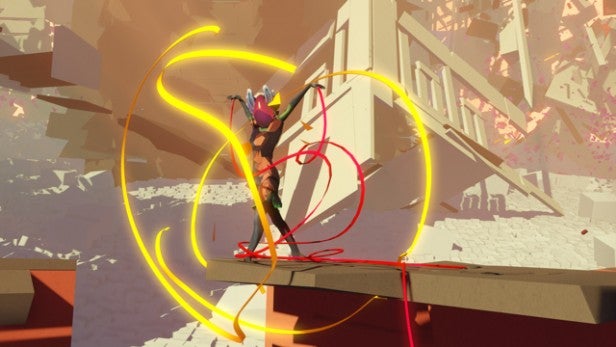 Is she defenceless? No. Along with her graceful motion-captured runs and jumps, cartwheels and sidesteps the princess can dance, pulling off pirouettes and arabesques that send the ribbons wrapped around her wrists floating all around her. These seem to act as a magic shield, staving off some enemies or even reversing their aggressive nature. And these movements also proves key to Bound’s equivalent of the boss battle, as the princess reaches the core of her memory and somehow frees herself – without going too BBC4 on you – through the medium of dance.

And through her journeys, she’ll unlock other, less surreal memories, presumably buried deep within the woman’s psyche. Here, in an amazing effect, shards of light and colour coalesce to reveal static scenes of family life, and it’s through these that you’ll piece together what Bound is really all about. 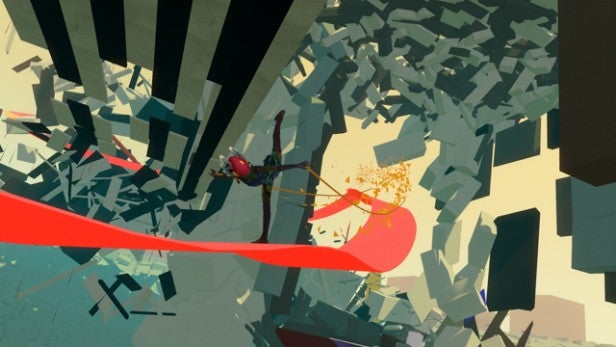 That might take you more than one go. Like Datura, Bound is a short game – just two hours or less – but one that’s designed to be replayed two, three times or more. Cleverly you can tackle all but the first and last sequences in any order, and the order you choose will affect the scenery, the threats you encounter or don’t and even the pathway the sequence takes you through. This doesn’t make for a hugely different experience every time, but it’s a more interesting approach than the usual ‘now see if you can collect 100% of the bonus items ‘approach (though there is a little of that in there too).

Related: Final Fantasy 15 has been delayed

As a work of art, Bound is mostly fantastic. Its visuals are jaw-dropping, the animation stunning, the use of music and sound impressive, atmospheric and occasionally frightening. The background narrative sometimes borders on the trite, but it can also be really powerful on a raw, emotional level. This appears to be a deeply personal story for someone, and Bound is at its best when you feel a connection being made between their experiences and yours. It’s also worth mentioning that an October update will patch the game for play in PlayStation VR. Even giving the challenges of making a third-person platformer work in VR, I expect that’s going to be something really special. 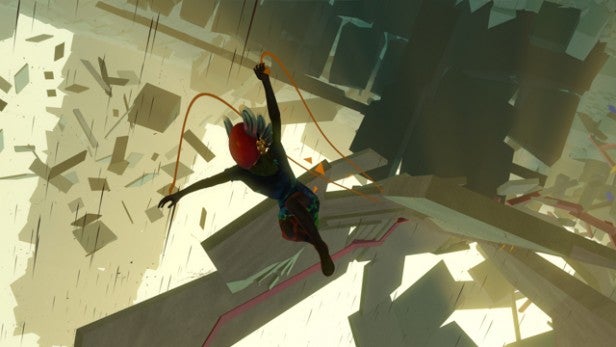 As a game, though, it’s not always as brilliant to play as it is to look at. The basic platforming mechanics are fine but they don’t really go anywhere. Death rarely knocks you back more than a second or two and there’s no sense that the action grows more challenging as you move through the game. Even the princess’s repertoire of ballet-influenced moves seems wasted, as if the team didn’t have the mechanics to go with the animation. While it’s not devoid of tension, you soon work out that nothing can really hurt you all that much – and maybe that’s part of the game’s point. This does, however, make Bound feel a little less satisfying than it looks. In fact, while completing the game unlocks a speedrun mode, complete with online leaderboards and options to turn off the limiters that prevent you stumbling from high platforms, I can’t actually see it getting an awful lot of use.

And that’s a shame, because had the gameplay shown the kind of imagination and attention to detail as the visual design, audio and animation, I’d be slapping a higher score on Bound and urging everyone reading this to play it. As it is, I’m still recommending it, but only with the understanding that while the graphics and the atmosphere will grip many of you, the gameplay probably will not. It’s a means to experiencing the joys and fears of those chaotic inner landscapes, not a pleasure in and of itself.

Verdict
Play Bound for its incredible graphics, strong audio and an atmospheric experience, but be prepared to be underwhelmed on the gameplay front. While it’s a big step forwards from Datura in terms of being a satisfying game, you still come away feeling that some of its potential has been wasted, leaving something that’s still interesting and engaging but not quite as absorbing as it could and should have been.