How much do you like CDs? This may sound a strange question to ask in 2012, but when considering Bose’s high end yet deliberately retro take on the modern music system it is one that is impossible to ignore.

Bose product refreshes are rare and for that reason alone the ‘Wave Music System III’ arrives with a significant amount of buzz and media attention. Its modus operandi: a one piece system to play your CDs, the radio and wake you up in the morning… for £600. For most companies this feature/price ratio would be unworkable, but Bose has built its reputation on attracting those who want the very best and are prepared to pay for it. So does the Wave Music System III still have a place in the Android/iOS centric world of today?

Certainly Bose knows how to make an entrance. The Wave Music System III is beautifully packed and at just 369 x 219 x 106mm and 3.9Kg it is compact. Being a stickler for its own tradition (the Wave range has been around since 2004) the design hasn’t changed from its predecessor. This is both good and bad. The Wave line’s looks are iconic amongst Bose fans (if reminiscent of a blend of school projector and laser printer), but the 100 per cent plastic construction could do with the addition of more premium materials in this era of designer docks. 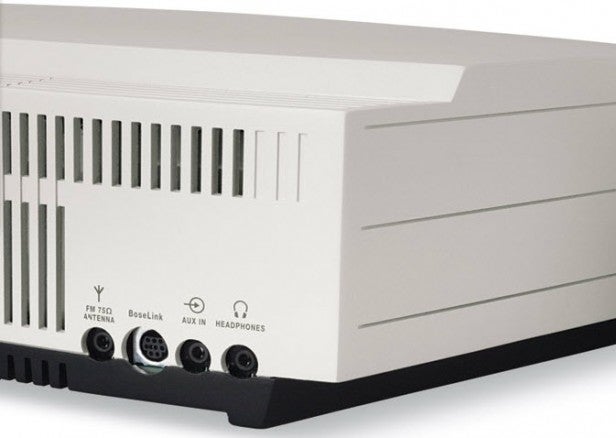 There is also little change at the rear with virtually identical connectivity: an FM antenna, auxiliary and headphone inputs and a BoseLink connector. The notable addition this time around is that of a DAB tuner and accompanying antenna while Bose also claims to have improved the quality of the FM/AM tuner. The proprietary BoseLink is where additional functionality is added with the ‘Wave Bluetooth’ (£130), ‘Wave Connect Kit’ (£130) and ‘Wave Multi-CD Changer’ (£300) adding Bluetooth streaming, an iPod/iPhone dock and a three CD multi-changer respectively.

On top of this the Wave Music System III has had a tweak of the display so artist and song title metadata is displayed, and about time too. Operation is almost entirely confined to the remote with the touch sensitive top of the unit only switching it on and off. This isn’t a big deal though as the remote, while again being a little too fond of plastic, is relatively easy to use thanks to its clearly labelled and logically laid out buttons, though the uniform grid pattern isn’t all that practical to use in the dark. 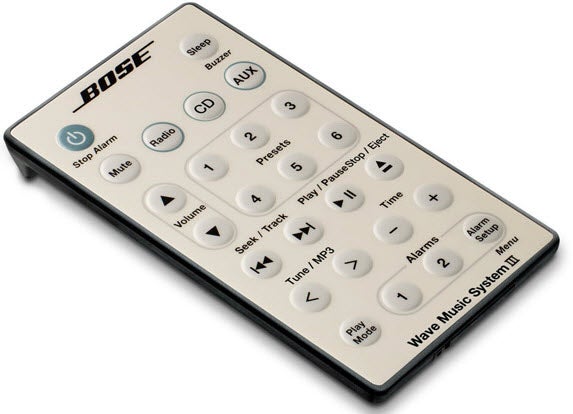 As ever Bose remains hugely secretive of the audio tech inside. According to the blurb, the ‘waveguide speaker technology enables full-bodied sound, especially in lower registers, for more natural-sounding bass and percussion instruments’ but that is all we get. It has long been this way. What we do know, as the image on the next page illustrates, is Bose sticks to its usual habits of a 2.0 arrangement with bass reflex technology, with its signature warm sound created by bouncing the lower frequencies off an almost intestinal maze designed to filter the signal.

How does the Wave Music System III sound? In fairness much like all Bose audio: a foundation of deep bass and thick radiating midrange coming somewhat at the expense of clarity and detail in the higher frequencies. There is no denying this approach is a crowd pleaser. It is a thick, rich sound signature in which you could almost stand up a spoon. This works particularly well for rock, hip hop and dance where it adds an extra layer of emotion. What it isn’t is particularly accurate and while Bose has an uncanny knack of projecting audio across a room, it doesn’t sound at its best at higher volumes where there is a sense of something missing. 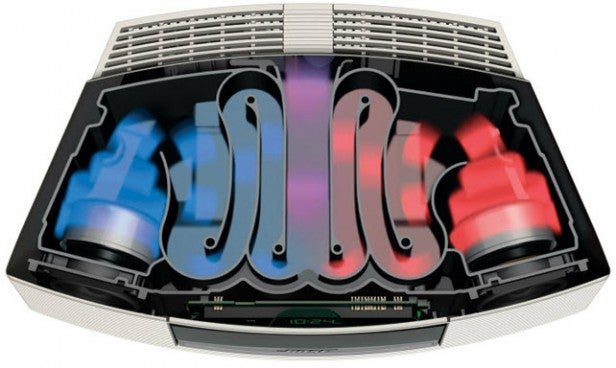 This ‘something’ is treble and its sharpness and detail hold music together when you’re doing your best to blast out the windows – not that you may notice in such a party-like atmosphere. What you do become aware of over time, however, is that your music sounds rounded off – you are not hearing everything that was recorded – and when positioning a product at this section of the market missing out on that is controversial. Equally controversial is the Wave Music System III doesn’t use a DAC for external sound sources so your £600 system takes its audio processing straight from your MP3 player or phone’s circuit board. Not ideal. 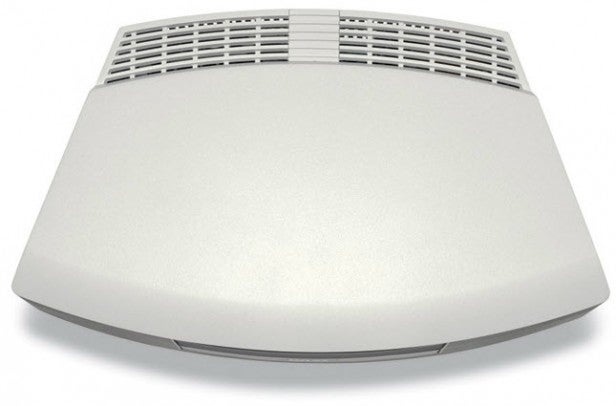 All of which brings us to price. That the Wave Music System III sounds good is beyond question, but the unit is not judged in isolation and where it stumbles is against the ruthless pricing of today’s class leading docks. The likes of the excellent Arcam rCube and Monitor Audio i-deck 200 (with integrated DAC) were £500 and £400 respectively at launch, but received official price cuts to £350 and £250 and easily match if not best the Wave Music System III’s audio. These docks may lack CD and radio playback, but do you need either when our music sources are typically devices capable of playing back lossless audio and Internet radio?

Step further up the range and you have the hugely popular £500 Bowers & Wilkins Zeppelin Air and £600 Libratone Live, both with integrated AirPlay for wireless audio streaming and the latter whose casing is constructed from wood, chrome and cashmere. So again we ask the question: how much do you like CDs? 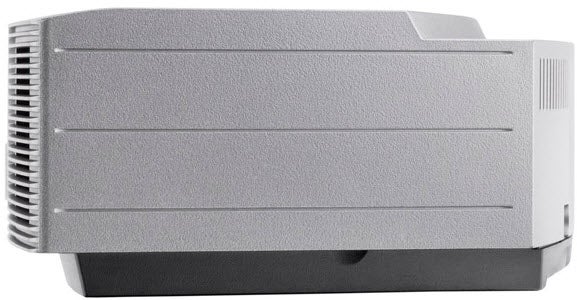 ”’Verdict”’
In isolation it is difficult to dislike the Bose Wave Music System III. It has a warm, powerful and crowd pleasing sound while the flexible BoseLink connector adds in Bluetooth, an Apple dock or CD multi-changer functionality. The trouble is the Wave Music System III is not judged in isolation and its audio performance is bested by products half its price which also pack in more functionality. Bose has long traded on premium performance at premium prices, but in today’s brutally competitive audio sector those prices will need to drop if the halo long held above its brand isn’t going to slip.