The Bose Soundbar 500 is a slim-line bar with a good suite of smarts, but in its current state it suffers from a glaring firmware issue that really hurts its usability.

The Bose Soundbar 500 launched in 2018, so in soundbar years it’s probably feeling on the long in the tooth.

The Soundbar 500 arrived in the first wave of ‘smart’ soundbars, packing digital assistants and integration with streaming services that now feel commonplace.

With the advent of Dolby Atmos and virtual surround sound, the market has evolved further. Does the Bose Soundbar 500 still offer compelling reasons over more recent efforts or should you wait for what Bose has coming next?

The Soundbar 500 is easily one of the slimmest soundbars I’ve tested. Measuring 800mm wide and only 44mm tall, it slips easily beneath most TVs and can be parked on surfaces without trouble.

The design is sleek but also inconspicuous – the matte black finish low-key in appearance. The metal grille that covers the front and circles around the back is in keeping with its minimalist aesthetics.

Face the bar and there’s a ‘display’ on the left-hand side, or what Bose refers to as the ‘light bar’. It blinks and beams luminously when called upon, clearly visible from a seating position and fading to a rich amber/orange glow in standby. Above it is the button for the microphone (on/off) and the ‘Action’ button for calling upon Amazon Alexa or Google Assistant.

Around the back is a recessed area that consists of Bose’s ADAPTiQ port, a sub-out, an IR receiver, LAN, optical, micro-USB (service only) and HDMI ARC. Wall-mounting is possible, but only through Bose’s Soundbar Wall Bracket. A small, dinky remote is packaged and there isn’t much to say about it other than it works fine.

Given the Bose Soundbar 500 is three years old, its smarts are still competitive, but there’s a significant issue with its online features.

Before we get to that, here’s a rundown of those features. Amazon Alexa and Google Assistant are built in, and you can pick one from the Bose Music app. If you want to fling music to the Soundbar 500 then Spotify integration is one option, with Apple AirPlay 2 another and Bluetooth 4.2 connectivity the third.

ADAPTiQ calibrates the soundbar’s performance and gives you the chance to wear a Charles Xavier-esque headset that plugs into the soundbar while a series of pulses are emitted. You need to switch positions before you proceed to the next pulse to cover all potential listening positions.

The Bose SimpleSync technology sends the output from the soundbar to a pair of Noise Cancelling Headphone 700 (or QuietComfort 45), and you can adjust the headphones’ volume independently of the bar or mute the Soundbar 500 altogether. If you want to bolster the bass and surround sound channels, there’s the Bass Module 500 (a subwoofer separate) and the Bose Surround Speakers (for rear channels).

The Bose Music app offers added functionality such as volume control, grouping of Bose products, linking to other music services – Amazon Music and Deezer are also supported – as well as the creation of presets and firmware updates.

It’s with the last point that the Soundbar 500 encounters a problem. A few hours into testing and the soundbar became stuck in a loop: unable to play sound from the TV, rendering its smart features inaccessible. Each reboot would bring the soundbar back to life but send it back into a loop when trying to set up its online features through the Bose Music app.

Having searched on Bose’s forums, this appears to be a common issue. The soundbar can still be used with a TV, as long as it isn’t linked to the Bose Music app. Others online have suggested unlinking the digital assistant to fix the issue, but that didn’t work for me. It’s a disappointing state of affairs, for which there’s seemingly no way past once it happens.

Considering the slimness of the Bose Soundbar 500’s form factor, it’s impressive just how big and loud it can sound without succumbing to distortion.

I say ‘big’ rather than wide since there isn’t a huge amount of width compared to more recent soundbars such as the JBL 5.0 MultiBeam and Samsung HW-S61A. Using ADAPTiQ to calibrate the sound does open up the stage a little.

Streaming Greenland on Prime Video, there’s a good sense of height as effects reach the top of screen and rise above. There’s also a surprisingly effective sense of bass; Bose’s QuietPort technology creates a bigger and more impactful bass performance than I’d have thought possible from such a slim form.

Dialogue isn’t always faithfully reproduced, since the soundbar can struggle to cleanly separate elements within a sound mix. Streaming the first episode of Servant on Apple TV+, voices display weight and match their placement on-screen, while in The Crown there are moments where the soundbar allows the music score to become too prominent, drowning out dialogue. There’s a Dialogue mode in the app, but I didn’t get a chance to sample it before the issues occurred.

The Soundbar 500 can also struggle to describe more complex soundtracks with clarity, the heft of its delivery not granting it as much room in terms of subtlety. There’s decent steering of effects, though, and while this is a soundbar that’s most suited to filling smaller rooms, it’s capable of making quite the racket.

Music performance over Bluetooth is decent, similar to what you get from the Soundbar 500’s TV mode. It isn’t the sharpest nor most detailed, but with Amon Tobin’s Toys it delivers a big, thudding bassline that’s plenty enjoyable.

High-frequency sounds don’t display the sharpness I’d like, but are relayed clearly enough. The mid-range offers solid clarity, if not a huge amount of spaciousness and separation in Tom Morello’s cover of Voodoo Child. Dynamically, there’s an effective sense of quiet and loud, with a punchy and rhythmic flow to Caravan from the Whiplash soundtrack.

Much like its TV performance, there’s a solidity to the Bose’s delivery that can upset its sense of balance. Nevertheless, it offers a sound that’s big, bold and expressive. Is it the most balanced? No. Does it entertain? Yes. While it’s outperformed by more recent soundbars, there’s a solid performance to tap from, especially if you favour energy and excitement.

If you’re after a slim, compact soundbar Low-key in appearance but big -ish in terms of sound and with plenty of smarts, the Bose would make sense for those with limited space. But it does come at a price…

…And it also appears to have a firmware issue Not long into testing the Bose went into a loop caused by updating the soundbar’s firmware. With no access to its smarts and no ability to output sound, it becomes a rather expensive slab of electronics.

If you ignore the firmware issues then the Bose Soundbar 500 is a solid performer. It’s range of smarts still holds up in 2021, the slim design saves on space, and while the sound quality isn’t class-leading, it still leads to favourable results.

But the issue with the firmware is one we can’t ignore. You’d have hoped Bose would have figured out a solution by now. As such, if you can find this Bose soundbar in stores or online (availability is limited), we can’t endorse a purchase of it. Hopefully Bose can rectify the issue with their next bars.

Used as the main soundbar for the review period 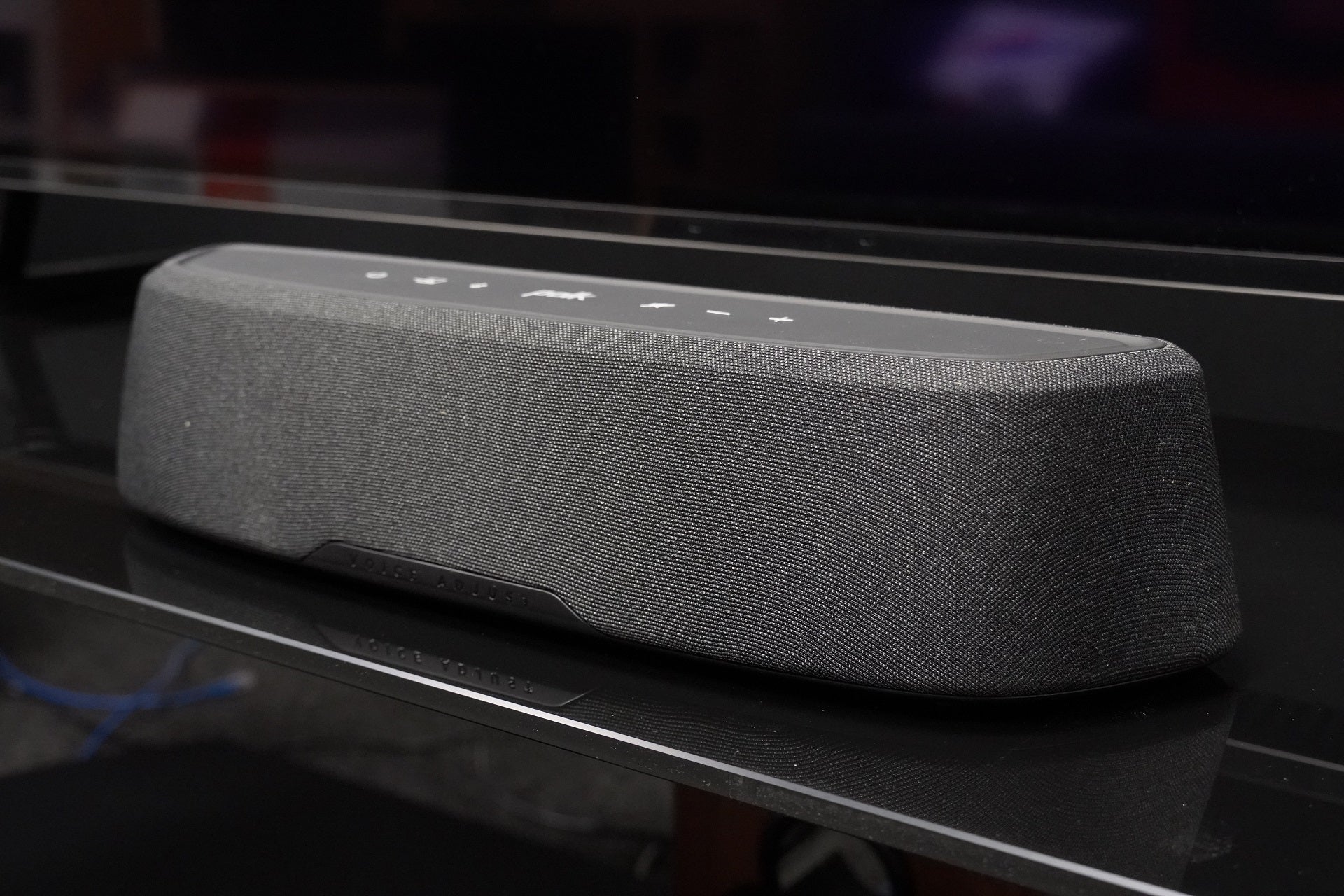 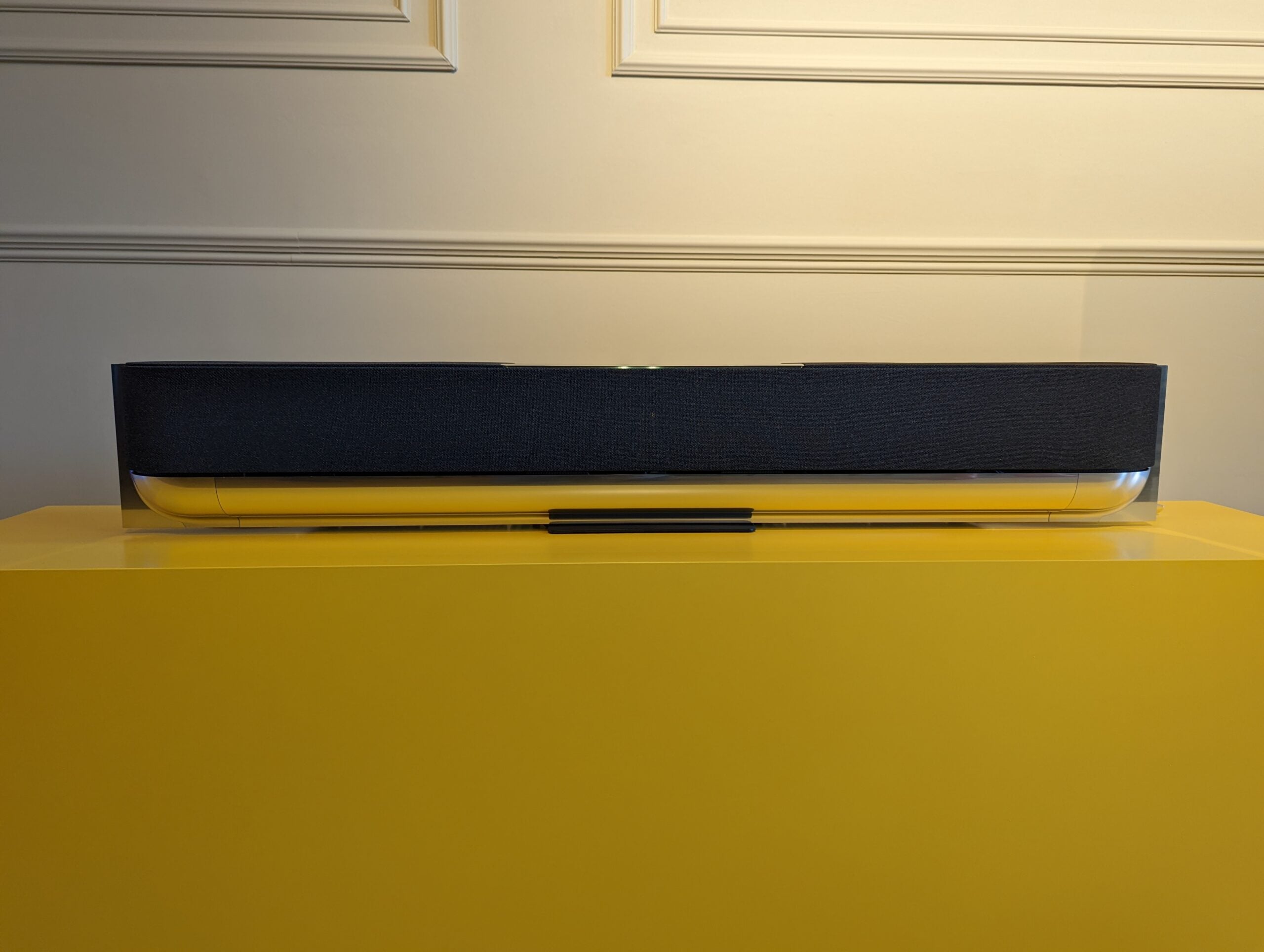 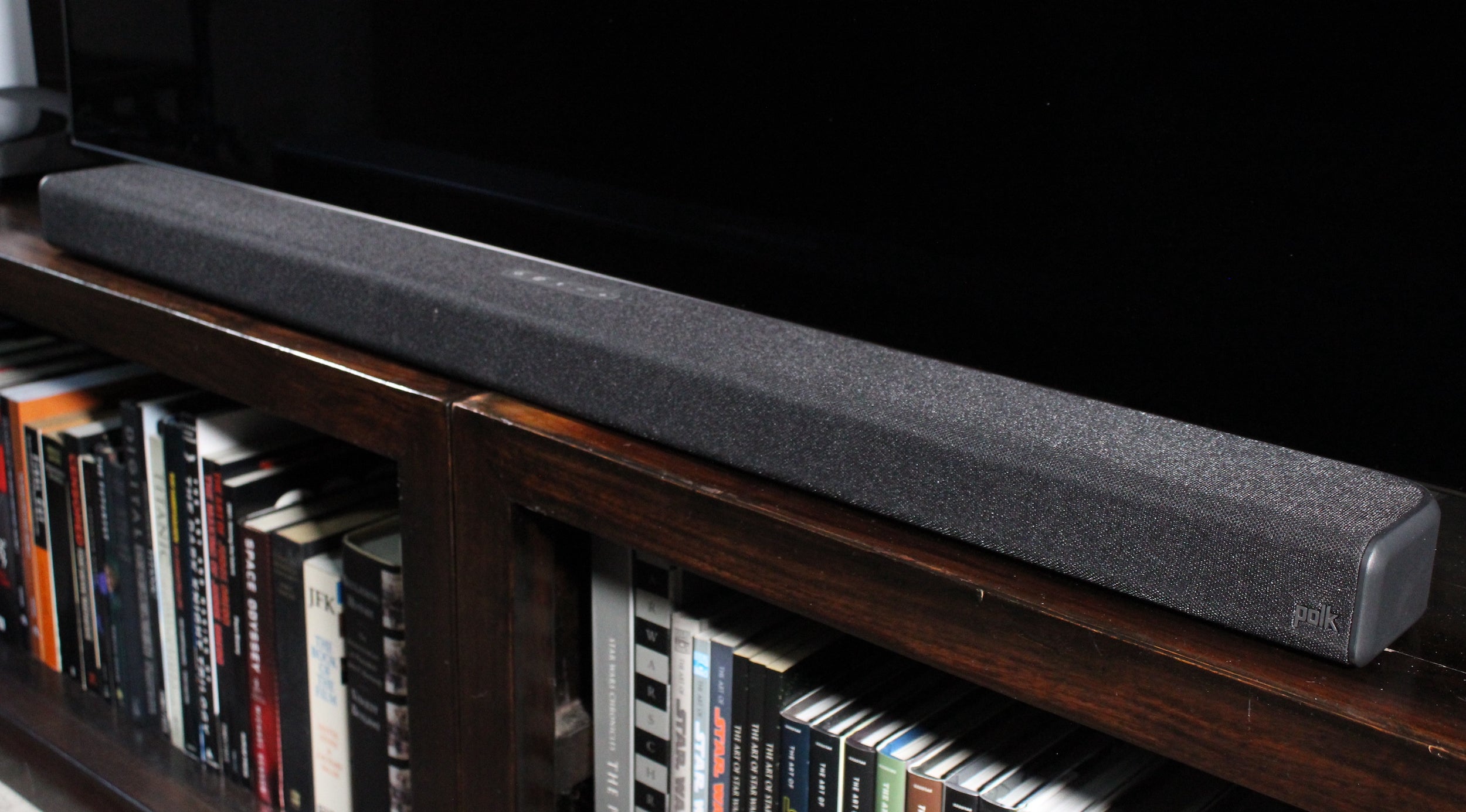 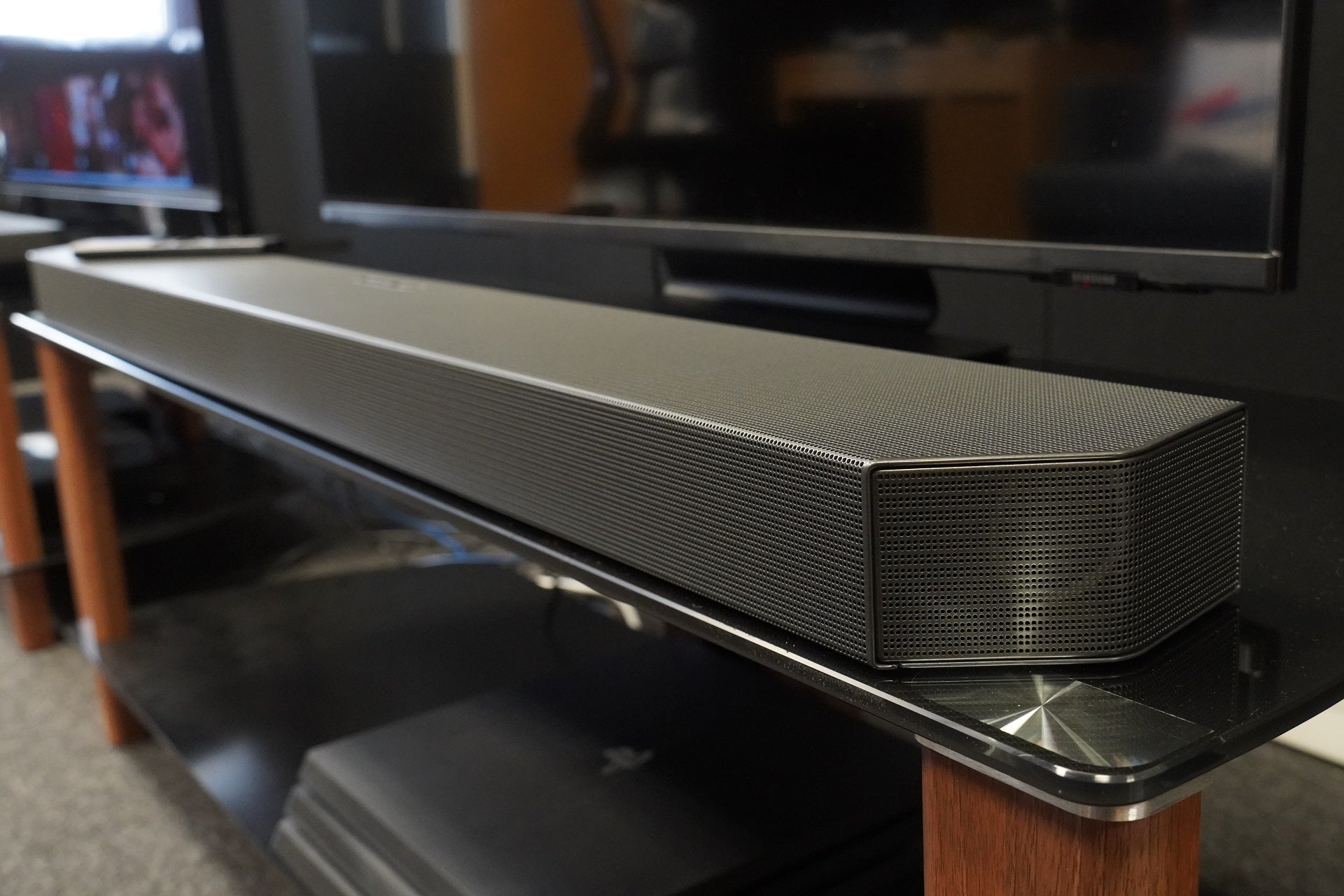 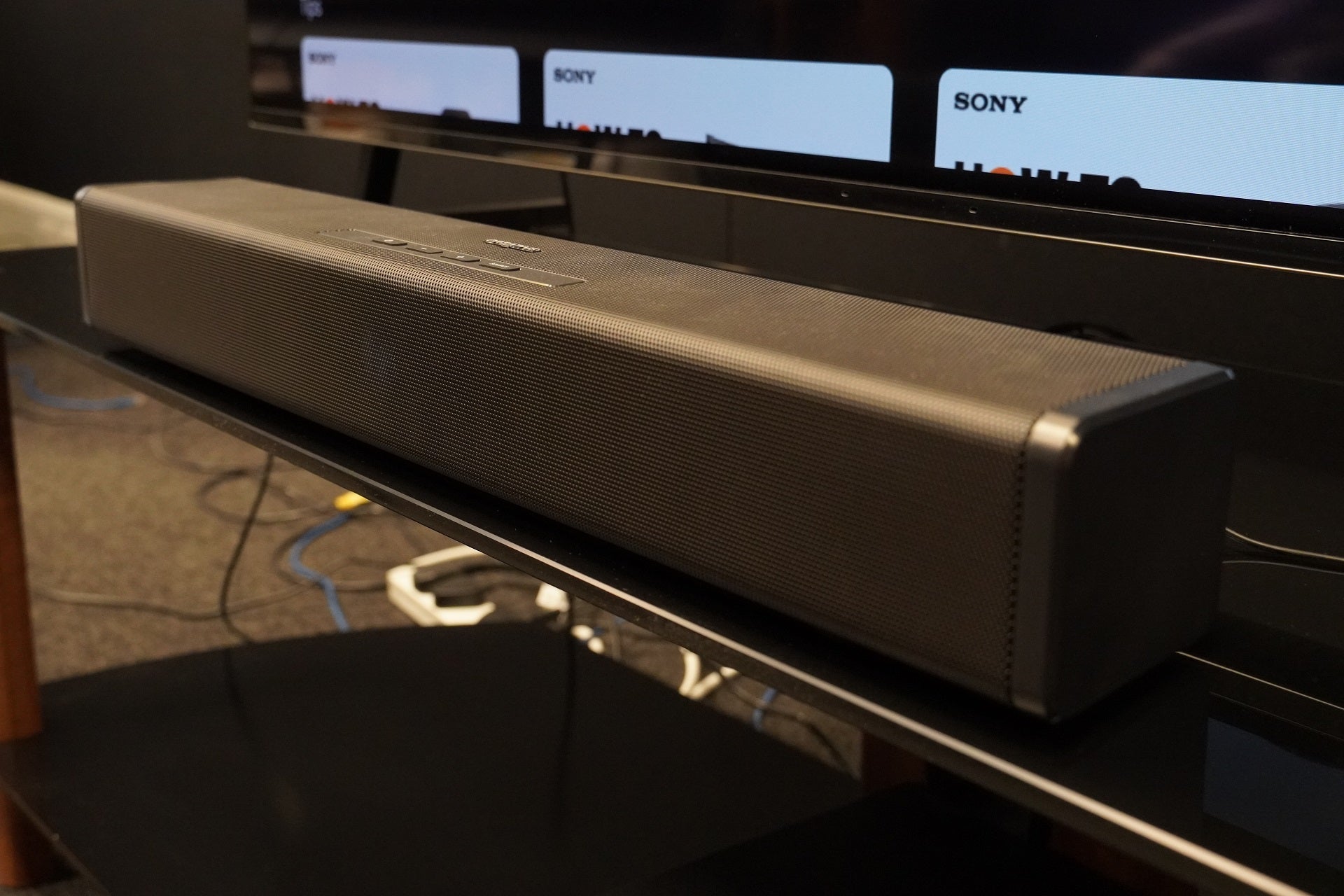 Does the Bose Soundbar 500 support Atmos?

No, it doesn’t support Atmos decoding