What is the Bosch Styline?

The Bosch Styline is a compact,
stylish two-slice toaster with a clever pop-up warming rack. The
controls are digital and a display updates you on progress.

However,
it toasts a little unevenly – and the warming rack isn’t as effective
as those on some toasters: it warms only the underside of pastries.

The
Bosch’s design is compact and boxy, with a glossy black plastic finish –
prone to fingerprints – and brushed-steel sides. There’s a cable tidy
on the underside.

It has two slots, each measuring 15 x 15 x
3.5cm. This means it can easily fit in a 3cm doorstep of sourdough with
ease. Controls are simple: as well as digital browning controls, there’s
a stop button and another for toasting bread straight from frozen. 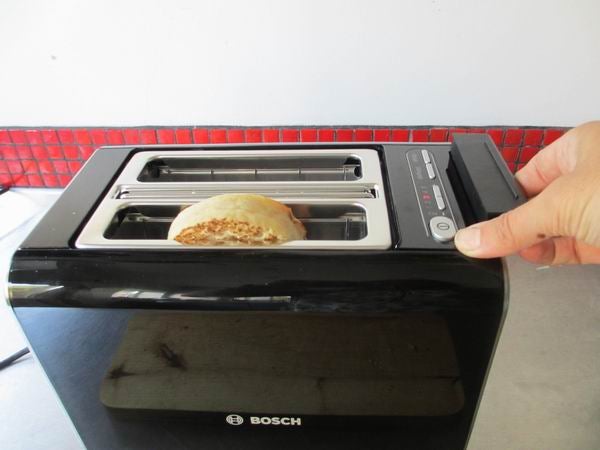 The
Styline also has a pair of pop-up bars that act as a warming rack for
pastries. The bars are 16cm long and 6cm apart, with room for either two
small pastries or one large one.

The controls are at one end of
the unit, but since the unit can be placed with then on the left or
right, it’s equally easy to use whether you’re left- or right-handed.

Overall, the design works well – but I found the toaster’s feet a little slippy on the worktop. 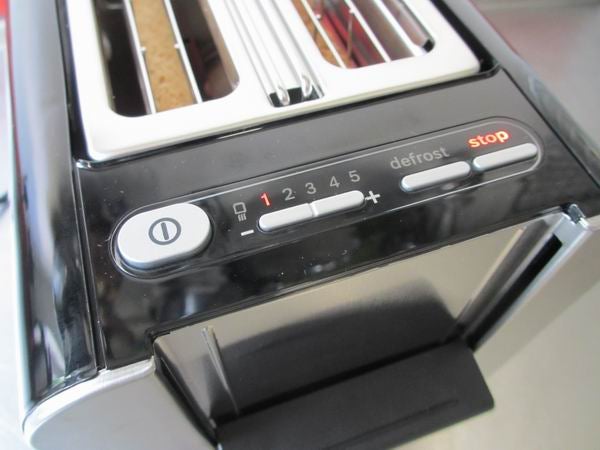 The
Styline has two slots and each is big enough to fit a tall slice of
bread horizontally with space to spare. Metal grills come in from the
side to grip the bread securely.

The Styline offers five browning
settings but the display seems to be able to straddle two numbers, so
to say it has nine settings would be more accurate. You use the plus and
minus buttons to select the browning level, then hit the power button
to start. 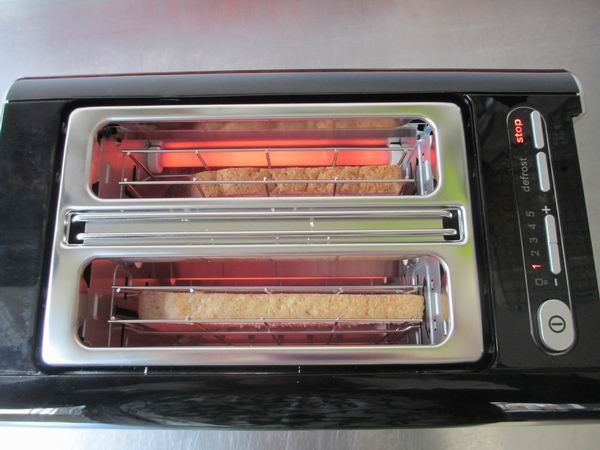 As
the bread toasts, your desired browning level flashes while the actual
level you’re at is illuminated. If the toaster is switched off, it
remembers the last browning level you used and reverts to it.

The
toast pops up nice and high when it’s done, but pulling the handle up
brings it up by only an extra 1cm or so – just enough to reach a
crumpet. 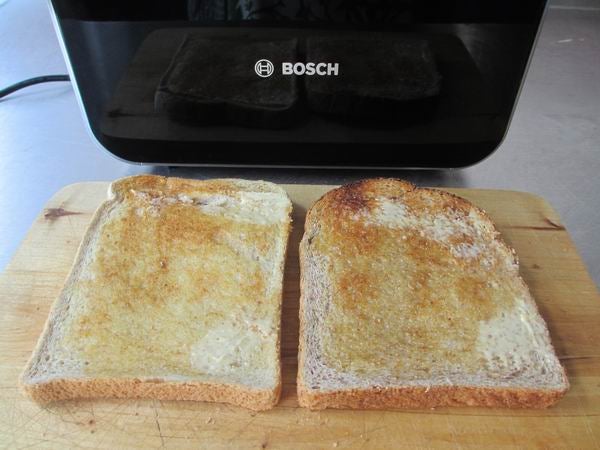 Frustratingly,
however, there’s no way to check progress – to see how done your toast
is – without stopping the Bosch in its tracks. Many modern toasters let
you do this.

Toast was cooked evenly over most of the bread, but
the bottom quarter of each slice – the end nearest to the controls, not
the end nearest the bottom of the toaster – was markedly underdone by
comparison. Also, both slices were slightly curved. 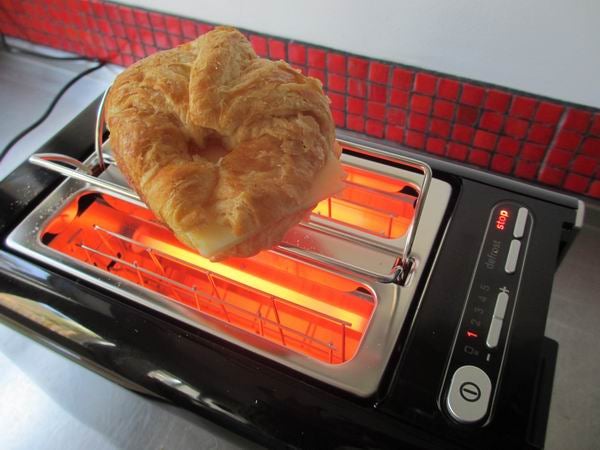 It cooked a thick crumpet brilliantly though, warm in the middle but not overdone at the sides.

I love the way the warming rack pops up. That said, pastry warming is
best described as good, rather than great. The instructions state that
you’re to use it on a browning level no higher than 2. A cheese
croissant was hot on the underside, with the cheese becoming warm and
the butter starting to melt, but the top of the croissant was stone
cold. The only workaround was to turn the croissant upside down and warm it a
second time. 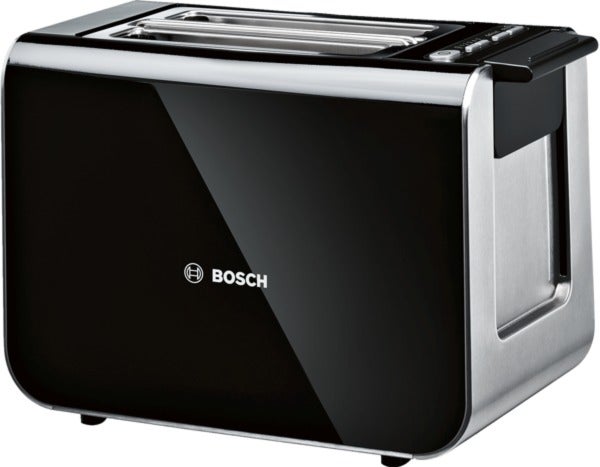 Should I buy the Bosch Styline?

The Bosch Styline is attractive and compact; it’s not a bad choice if you want a two-slice toaster. However, it’s pricey. Consider instead the Kenwood TTP210 for a two-slice machine or the Hotpoint TT44EAX0, which is an excellent four-slice toaster for the same money.

This stylish two-slice toaster won’t disappoint – but it won’t wow you either.