I like my eBooks, and generally spend more time than I probably should with a notebook computer propped up on my knees reading from the screen, or using my smartphone of the day for a bit of e-reading. I’m also a big fan of paper books – I read a lot more words printed on good old treeware than I do on screen.


The upshot though, is that I am always on the look out for a good e-reader, and that means not only something that works well in itself, but that meets my need for ‘comfort computing’. It has to be something easy to hold, easy to use, and that I am prepared to carry around.


Recently I took a look at another eBook reader called the iLiad. I found it to be a relatively expensive option, a bit large for carrying around in a bag, and potentially technically demanding for some users, though I did like it in many ways.


The latest incarnation of the Cybook from Bookeen deals with the size and technical difficulty issues and is less expensive too. 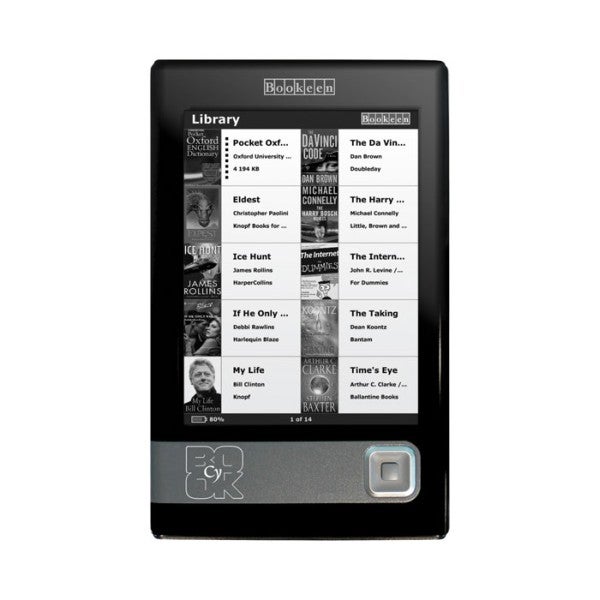 The technical points are addressed in no small part by leaving things out. This is an eBook reader pure and simple (well, almost). It doesn’t have a digitizer stylus like the iLiad, and so you can’t make your own notes. That’s fine by me, as all I want to do with it is read. Nor does it have Wi-Fi for fancy downloading of data.


Size-wise the Cybook Gen3 is ideal. It measures 188mm tall and 118mm wide and is 8.5mm thick and weighs 174g. It is too big for a pocket, but beautifully sized for the hand. 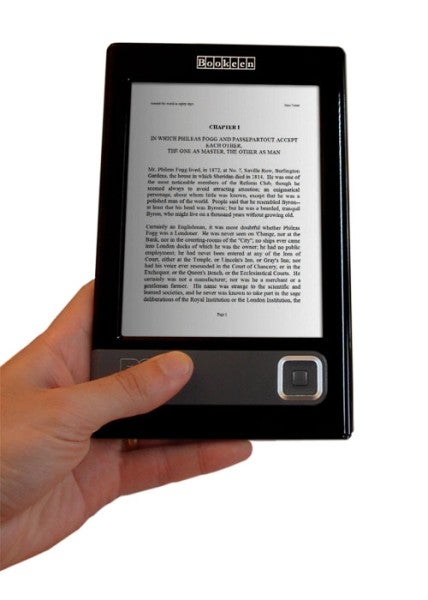 I got the Deluxe version which costs -450 (as opposed to the standard version which is -350). One of the extras you get for the additional Euros is a leather wallet. This is well made and stores the Cybook Gen3 nicely as well as having a couple of pouches for paper or what have you, and a pen holder.


But for my money the wallet adds too much bulk to what is, without it, a beautifully portable device. Give me a screen protector in preference any day.

The screen measures six inches corner to corner, and occupies most of the front area of the device and runs E-ink.


This is really no surprise. It is the technology used on the iLiad, by Sony in its Reader (still not available in the UK, come on Sony), and by Amazon in its forthcoming Kindle, among many other devices. 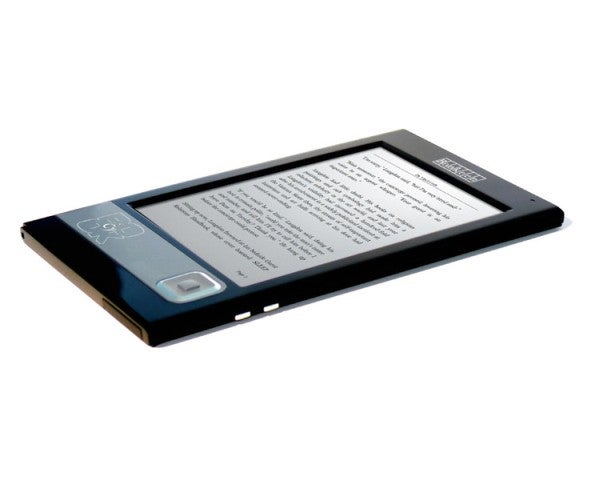 It offers greyscales only, four of them in this case, and is extremely energy efficient, only drawing power when the screen is refreshed. The battery is rated at 8,000 screen refreshes, which is quite a lot of books, and as it charges while docked it should be pretty difficult to run the battery down.


The 800 x 600 resolution is perfectly good enough, especially given the range of fonts and sizes available. If I have a complaint about the display it is that I’d have liked the screen to refresh more quickly as I moved through pages or used menus. 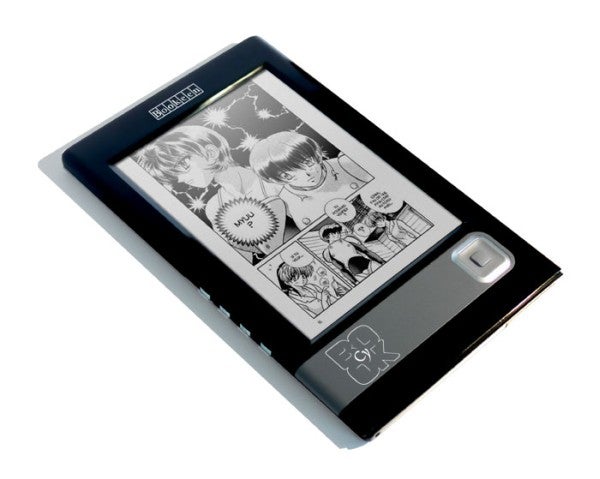 There are a few on-device controls. A navigation pad under the screen lets you go through pages, while a central button opens an options menu on screen which you move through using the navigation pad.


On the left edge are four buttons. One takes you back, another lets you delete a stored file, and a third pops up a menu that can vary depending on what you are up to at the time, but seems to mirror the mix of options called up by the front button, which is a bit confusing. I’ll get to the fourth button in a moment.


You get a small printed getting started guide, but the bulk of the manual is on the device itself. This is handy as a reference, but not much good when you are starting out and just want something to flick through.


Formats supported are: MobiPocket PRC, PalmDoc, HTML, TXT and PDF. Between them these cover off a huge range of eBooks, including my favourite freebie eBook resource, Project Gutenberg. Images in JPG, GIF and PNG are supported, and this is most useful for displaying graphics relating to books – cover images and the like.

The Cybook also handles MP3 files. As well as eBooks Gutenberg has an increasingly large range of audio books for download, both human spoken and computer generated, and the Cybook is great for these. It will play MP3 music too, and you can listen to music while reading a book, which is pretty good chill-out stuff. However, there is no support for DRMed tracks.


Sound quality through the provided in-ear headset is reasonably good, and yes, it is stereo. I do think that the headset connector should have been a 3.5mm one instead of the 2.5mm one used. It is a simple oversight but as things stand I had to use an adaptor to take advantage of better quality headphones. There is no speaker on the device, so it is headphones or nothing, which I think is fair enough.


That fourth side button I mentioned earlier takes you directly to the music menu, so you can stop and start music or a spoken word eBook or switch background music very easily and quickly. 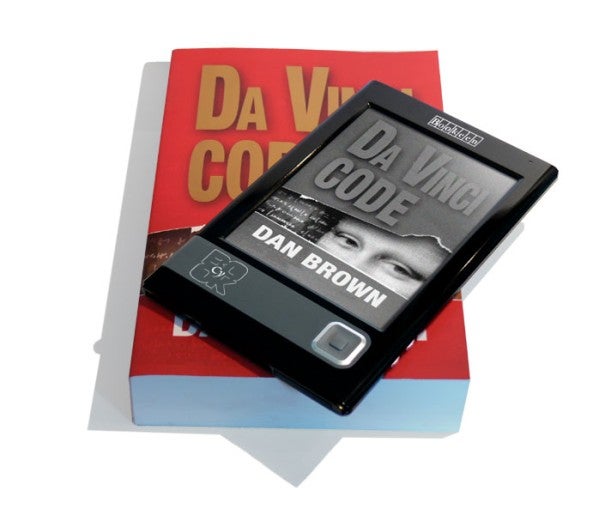 You get eBooks onto the Cybook by using the provided USB charge and sync cable. It’ll show up as a mass storage device and you can simply drag texts across to it as you would drag files to a USB stick, mobile phone or other attached device.


There is 64MB of storage memory for books, and if you fill this up you can use an SD card for more storage. The slot is on the top edge of the device. If you have a card inserted it will appear as another USB mass storage device on your PC when you dock.


The Cybook’s software isn’t clever enough to find files unless they are within its prescribed file structure. eBooks need to go in the eBooks folder, sounds in the music folder and so on.


Of all the dedicated eBook readers I’ve seen this is definitely the best. Slim and portable it is very ergonomic to use and doesn’t try to do too much. Sure, I have some niggles, but none of them are deal breakers. This is the first eBook reader I’ve tried that I could really live with long term.