This should have been a fairy tale. Once upon a time, there was a game called Black on the PlayStation 2. Although it didn’t sell particularly well, it was one of the finest first-person-shooters on the system, and those that played it loved it for its tight gunplay and its determination to make everything explode. Several years later, the brains behind Black turned up at Codemasters and started work on a new game, Bodycount, which – we were told – was a spiritual sequel.

Like Black, it would be a fast-paced FPS game, with a heavy emphasis on rapid-fire weaponry, destructible environments and things that go bang, causing other things to go bang, and sending people flying into the air like so many stunt-men at the climax of The A-Team. In our happy ending version of the tale, Bodycount is absolutely brilliant, phenomenally successful and a breath of fresh air for those of us getting a teensy bit tired of straight military shooters and their increasingly look-alike ways. 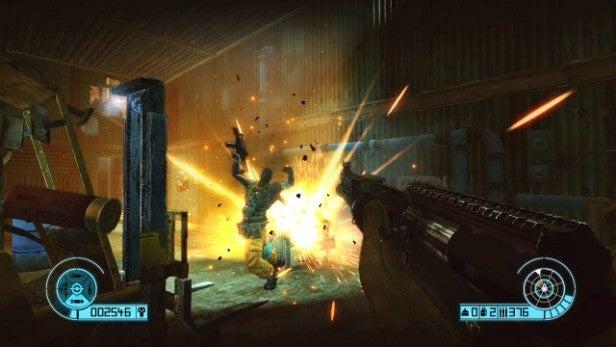 Unfortunately, that happy ending hasn’t quite worked out. Stuart Black, who designed Black, left the project halfway through, and the game we have left is a bit of a mess. The graphics are patchy, drifting from good to wretched within the space of a single level. The enemy AI is botched, with your foes rushing into pre-assigned positions almost oblivious to your attempts to gun them down, and sometimes standing still while you’re actually firing at them.The mission design is generic to the point that you suspect it might even be a parody, and the designers have been cheeky enough to re-use several levels in order to pump up the running time a little further. In short, Bodycount has all the makings of a complete and utter disaster.

Yet the odd thing is that it isn’t one. We’re not going to tell you that it’s unmissable, underrated or misunderstood, but Bodycount has something that Haze, Homefront, Conflict: Denied Ops and the other FPS duds of this generation haven’t: it’s fun. Broken? Yes. Badly executed? Certainly. Frustrating? Often. Yet Bodycount is weirdly entertaining. In fact, you end up wishing that someone had taken over the project, spent a bit more time on it, and transformed it into the game it might have been. 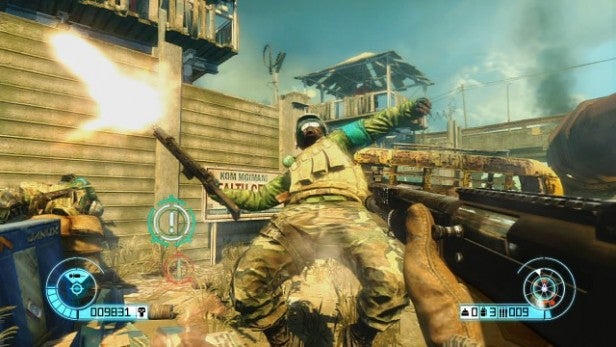 It’s partly a question of attitude. Forget the plot, which has two secret private armies battling out behind the scenes of global troublespots, and forget about the cinematic, thrill-ride structure of your Modern Warfare 2s or Killzone 3s. Bodycount is all about classic run-and-gun shooting, blasting away at large numbers of rather dumb enemies with a range of satisfyingly powerful guns, then doing it some more. The early shotgun are SMG and underwhelming, but once the game breaks out its assault rifles, heavy machine guns and weird energy-shotgun-grenade-launcher-thingy, the simple, repetitive act of blasting the baddies is, well, a blast. Throw in their propensity to take up position next to generators, fuel barrels and other explosive substances, and you have the video game equivalent of a golden age Schwarzenegger movie’s final act.

There is a fire-from-cover mechanic, which is naturally of no earthly use whatsoever, but then the game doesn’t really encourage you to use it. Keep moving, keep blasting, look for things that might explode, and you’ll be much more successful than if you play the game like some kind of wuss, inching your way from wall to wall and building to building. In fact, Bodycount’s Intel mechanic, where corpses leave Intel, and Intel can be gathered and turned into special powers, also goes against playing safe. Grab enough Intel, and you can make yourself invulnerable or power-up with incendiary bullets for a period. You can even call down an airstrike on your numerous antagonists – though the use of this last power is more restricted than we’d like. 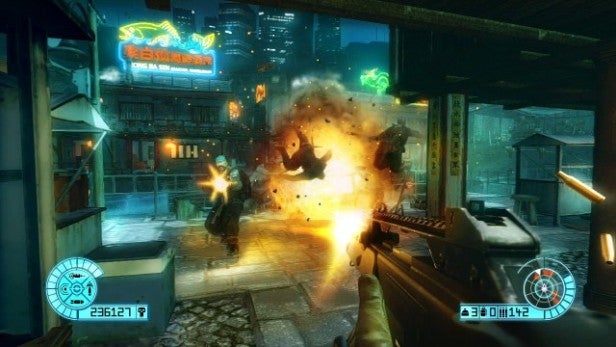 Sure, your enemies aren‘t that smart, but there’s still enough of them and enough variety in their camps to pose a decent threat. As well as your average grunts there are tougher guys with heavy machine guns, snipers, kamikazi exploding dudes and armoured special forces troops (in weird pointy garb to boot), while one type of enemy wanders around gathering your ungrabbed Intel and leaving land mines in their wake. At times, perhaps when the moon is full and the planets are correctly aligned, they even manage to put up a convincing opposition, searching you out and hitting you suddenly from all sides. And while Bodycount’s destructible scenery isn’t nearly as impressive as the Frostbite engine’s destructible scenery in Battlefield: Bad Company 2, it still gives you that feeling that nowhere is really safe. It also helps the game resemble the classic Matrix lobby sequence from time to time. That’s always good.

It’s also a nice change to play an FPS where you’re not merely being funneled through the levels. Bodycount prefers large, open levels full of buildings, sniping spots, walkways and hidden passages, with mission objectives dotted generously around that emerge as each chapter unfolds. The exterior architecture is more impressive than the sparse interior detail, and the points where enemies spawn are far too obvious, but the combination of the  openness of the maps, the aggressive AI and the destructible scenery helps make Bodycount less predictable. It’s a game that could be radically improved if only someone could give it the AI of a Halo: Reach, Crysis: Warhead or FEAR. 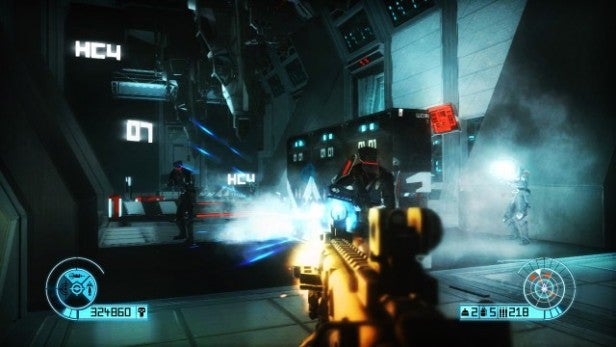 Of course, Bodycount has other problems. The checkpointing is awful. Enemy snipers are far too effective. Normal grunts throw grenades with the precision of a world-class fielder, yet can’t avoid a land-mine to – literally – save their lives. Put these things together and certain sections of the game will test your patience to the very limit. Meanwhile, the Bodycount option turns out to be nothing more than a glorified level select, while the game’s much-hyped emphasis on skillshots and high-score leaderboards is a waste of time when the rules it applies are so impenetrable, uninventive and overly stringent. All the same there’s definitely something else to Bodycount – something that has kept us coming back to finish the fight even though there are smarter, more worthy games in-hand. At full price, with the likes of Resistance 2, Gears of War 3 and Space Marine around the corner, you’d have to be stark raving bonkers to actually buy it, but that doesn’t mean it’s not worth trying as a rental, or even getting when it hits the bargain bins in three month’s time.