Most headsets today are designed to be as small and light as possible, but this also makes them quite fragile. If you tend to use headsets in harsher environments such as factories and building sites, then you’ve probably found that most models can’t take too much abuse before they finally give up the ghost. The X3 from Bluetrek promises to be a different beast altogether as it’s designed to be shock, dust and splash-proof. 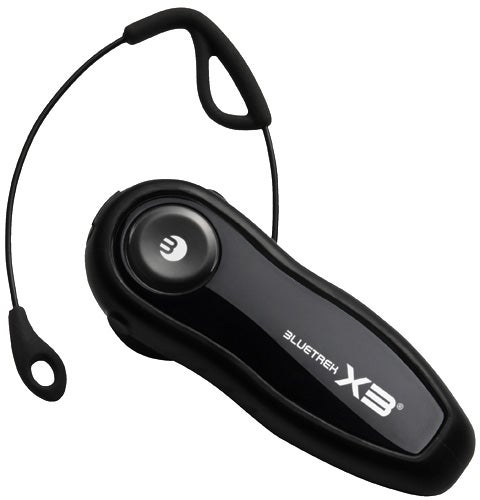 We looked at the Plantronics ruggedised Explorer 370 last week, but as it proved to be a pretty disappointing, not to mention uncomfortable experience, we were interested to see how the X3 would fair. From the outset the X3 looks like a much more appealing headset. For starters it’s a great deal smaller. In fact, as it measures just 55mm long and 22mm wide, it’s really no bigger than a standard headset, with only the rubberised casing giving any indication that it’s a deviation from the norm. It’s also got a pleasingly sculpted look with its curved rear giving way to a more pointy front-end. 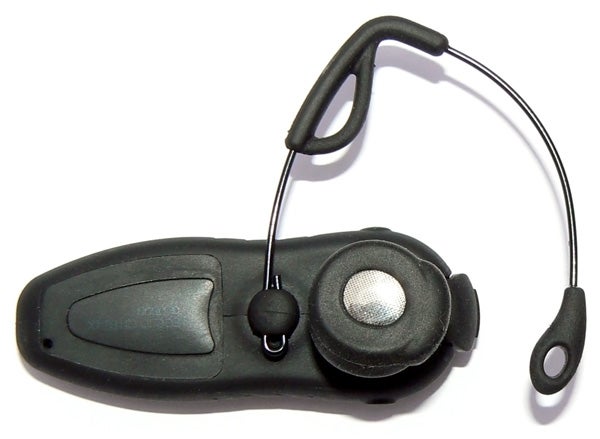 When it’s sitting on your ear the headset is held in place via a thin wire hook. This connects to the main body via a small spring clip that snaps into a circular plastic slot. This slot doesn’t look all that sturdy, so we’re not 100 per cent confident in how it will stand up to repeated long term abuse, but to be honest we didn’t have any problems with it during our review period.


Thanks to the spring mechanism the ear hook can be easily removed, rotated and reattached, so you can use the headset on either ear. The wire is also malleable enough that you can bend it to better fit the profile of your outer ear which helps improve overall comfort. Bluetrek supplies the headset with two spare ear hooks of different sizes so even if you’ve got the ears of Jumbo you should still be able to get the headset to sit comfortably in place. In the box you’ll also find four different rubber ear gels so you can get a snug fit on the inside of your lughole. This is a major bonus, as some competitors, such as the Plantronics Explorer 370, have a fixed ear piece that makes them quite uncomfortable to wear.

As with most headsets, Bluetrek has kept the controls to a minimum. There’s a large multifunction button positioned on the outside while the up and down volume controls sit on the top and bottom edges of the device. This small number of controls, however, does mean that there’s a lot of doubling up of functions and as a result you’ll have to check out the manual to discover how all of them are accessed. Only the quick start guide is included in the box, so you have to pay a trip to the Bluetrek website to download the PDF of the full manual.


Pairing the X3 with your phone is a very simple affair as the headset enters pairing mode when you press and hold the call button for seven seconds. The headset’s LED will then flash blue and red to show you it’s in pairing mode. After that it’s just a matter of performing a device search on your phone and entering ‘0000′ as the passcode to get the phone and headset paired with each other.


In use the X3 can certainly take some abuse. Despite chucking it about a bit and subjecting it to considerable dust and moisture it never complained. However, it’s important to bear in mind that it’s splash-proof rather than waterproof, so you shouldn’t go dropping it in your coffee cup.

When it comes to call quality it puts in a decent, but not exactly outstanding, performance. Calls through the earpiece sound crisp and clear, but it’s not exactly ear-piercingly loud, even when cranked all the way to full volume. And while callers reported that speech from the microphone was very clean and distinct, they could also hear a significant amount of background din when we were chatting in a noisy environment.


On the plus side, the headset’s battery life is pretty good. Bluetrek quotes a battery life of eight hours and while it didn’t quite manage to keep going for that long in our tests we still got between six and a half and seven hours from it, which is impressive. 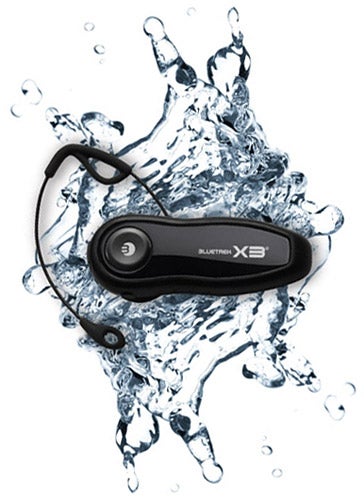 To top the headset up with juice you plug in the supplied wall charger to the micro-USB port on the rear. Disappointingly there’s no USB lead included in the box so you’ll have to invest in your own if you want to be able to charge it from your PC or laptop. It takes around three hours to fully charge the battery and when it needs topping up again the headset will produce a low tone at regular intervals and the LED will flash red. Unfortunately there’s no other way of telling how much charge is left in the battery. Other headsets manage to give you an indication of remaining battery life via sequences of flashes from their LEDs, but Bluetrek has not implemented this type of feature on the X3.


The X3 is a much more satisfying headset to use than ruggedised competitors like the Explorer 370. It’s small, light and comfortable to wear thanks to the changeable ear hook and ear gels. The battery life is also impressive and the call quality is generally solid. However, it’s a shame it doesn’t include noise-cancelling technology as this would be a great feature to have in noisy environments like factories and building sites where surely this type of headset is likely to be most used.