Blueant is best known for its Bluetooth headsets, but with the Embrace the company is taking on the premium headphone market. The Blueant Embrace remind us of the B&W P5 but they cost a cool £100 less. Does this make them a great bargain alternative or have their looks been deceiving?

Well on that looks front, these are everything you’d want from a premium, slightly portable, slightly fashionable set of headphones. It’s all classy matt plastics and brushed metal, with a minimalist approach to the overall design. 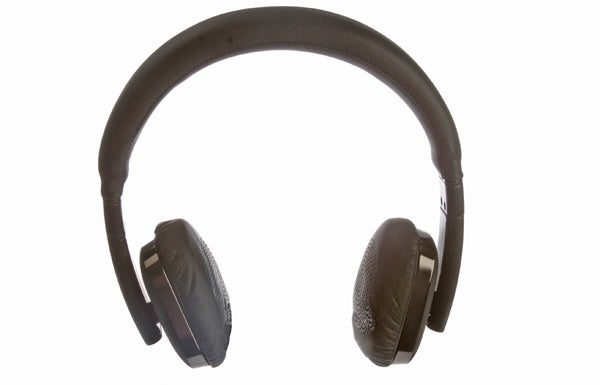 Build quality is also very good. The visible parts of the headband are finished in brushed, anodised aluminium, the rotation mechanism that lets you fold the earcups flat uses strong steel, while the earcups themselves have a lovely soft touch matt plastic finish, and both the headband and earcups are finished in leather covered memory foam – you certainly feel like you’re getting your monies worth. 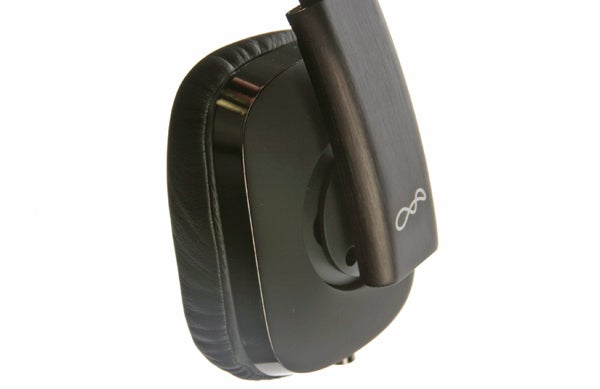 There are some nice subtle touches too. The cable is removable, with two options included in the box: one black plain cable and a blue one that incorporates an iPhone remote (volume, play/pause, skip track, take call) with a decent mic – both are finished with angled 3.5mm jack plugs.

Also included is an OMTP adapter. This makes these headphones and remote compatible with handsets that use the OMTP headset standard, such as the Samsung Galaxy S. The only slight downside is that the socket on the headphones is actually a 2.5mm one so more common 3.5mm to 3.5mm cables can’t be used as replacements. 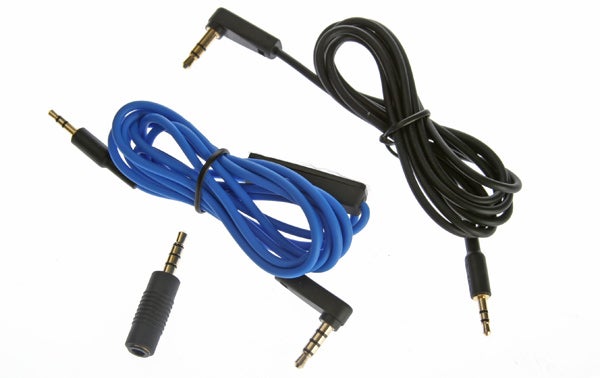 Go to fold the earcups flat and that steel mechanism helps the cups on their way by springing into place as you rotate them. We’re often amused by the idea of someone actually folding up and bagging their headphones when out and about, as they invariably still remain rather bulky, but at least Blueant has done its darndest to make this a viable option by supplying a plush leather carry case. You still end up with a rather large package to fit in your hand luggage but it’s as good an effort as we’ve seen for a proper pair of headphones. 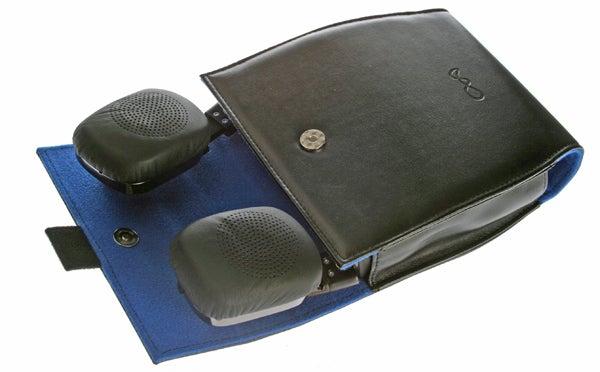 A further nice touch is the ability to remove the ear padding. This is another area where these headphones are rather similar to the B&W P5, though the P5 use a rather neater magnetised attachment, rather than the plastic lugs used here. Either way, the key thing is you can theoretically replace the pads if they get a bit grotty. They are available direct from Blueant for $25.99 if you’re in the US or Canada, although it might be rather more difficult to track them down here in the UK, as they don’t ship worldwide.

The fit of the Blueant Embrace is good if not quite excellent. The super squishy memory foam and soft leather do there best to keep the ‘phones from building up any pressure points. But their on-ear design means that glasses wearers will likely find them a little aggravating after an hour or so – only over-ear headphones will relieve this.

The headband is sufficiently padded though, and there’s enough adjustment on offer to get a snug fit – the earcup mounts slide up and down the headband while the cups themselves are mounted on a ball joint that allows around five degrees of angle adjustment in all directions. 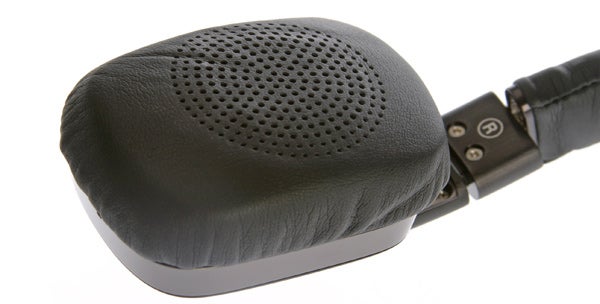 However, these are fairly weighty phones (210g) so can fall off quite easily if you lean forward or back, or rotate your head too quickly – sporting headphones they certainly aren’t. Also, while the memory foam is a bit better than some on-ear headphone designs at blocking external noise, these still don’t really compare with active noise cancelling or in-ear headphones. On the particularly challenging London Underground we found they were almost unusable, so loud did we need to make them. Then again, as people crank up their Apple earbuds to max volume on the tube, you could probably do the same with these and get a better experience without disturbing the rest of the carriage too much.

All told, we’re seriously impressed so far with the Blueant Embrace, and when it comes to actually listening to these ‘phones, things remain very positive.

Blueant is keen to point out the Embrace have a flat frequency response so as to provide a neutral sound, but we’d have to disagree. These ‘phones do have a wonderfully enjoyable tone that lends itself just as well to rock and pop as it does to more delicate fare such as jazz and chamber music. However, they definitely err a little on the warm side, with plenty of bass and lower mid-range but it just feels nice and rounded rather than forced like on the Dr Beats Solo.

Top end detail isn’t totally sparkling but is certainly present, allowing you to pick apart multi-layered music easily – for instance it’s a cinch to distinguish between the various string and woodwind instruments in Mozart’s Symphony No. 40. Perhaps more importantly for the sort of general, on the go listening these headphones are meant for, the high-end isn’t overpowering and thus tiring. These ‘phones have the sort of sound signature that you can listen to for hours on end without feeling fatigued – they’re just a joy to listen to. 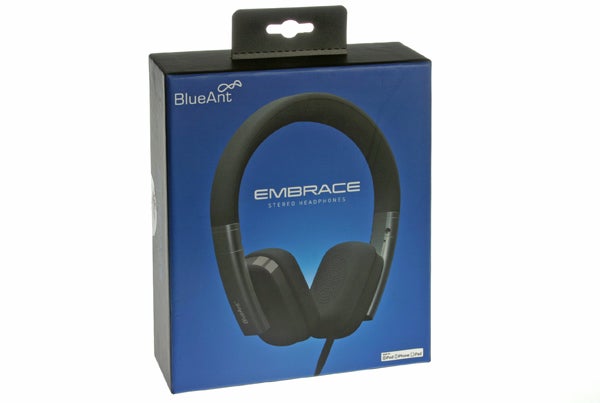 This final lack of truly crystalline top-end and closed back design means you don’t get quite the open-airy soundstage some headphones can provide but you can place yourself in the musical scene somewhat and certainly don’t feel boxed in. And it’s worth reiterating that, considering their build and features these are a relative bargain set of headphones.

The Blueant Embrace are a truly great set of headphones. They look stylish, are superbly well made, pack in plenty of features and extras in the box, and most of all they sound great too. They may lack that final bit of high-end sparkle but they’re still a very refined headphone, and more importantly are just a pleasure to listen to with a warm luscious sound. All they lack is active noise cancelling but for £170 we certainly wouldn’t hold this against them.