Recently we looked at the petite, portable Samson Meteor Mic, a pocket-sized fold away USB microphone that’s perfect for capturing those moments of inspiration while out and about. Today though, it’s the turn of a more serious, heavy-weight microphone, and we mean heavy weight.

The Blue Yeti Pro is, like the Samson Meteor Mic, a USB microphone designed to make it as easy as possible to get great quality recordings on your computer without having to invest in complicated sound cards with mic inputs – just plug in and play. However, it packs in much more than a just a USB output – it has an XLR output, you can switch pickup patterns, and there are mute and gain controls. It also provides ultra high-quality 24-bit/192KHz digital sampling. This isn’t just a mic, it’s a mini recording studio. 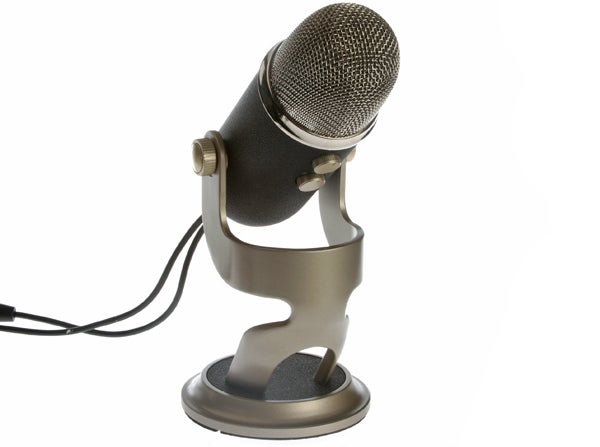 Sadly, you do pay a price for all this features. Well, actually, you pay two prices. First there’s the hefty £180 financial burden, and then there’s the bulk. While the Samson Meteor folds up to around the size of a twinkie and weighs just 263g, the Yeti Pro with its included stand is 29.5cm tall, 12.5cm wide and weighs in at 1.55Kg. That’s not unfeasibly heavy for portable use but it’s not the sort of thing you’d take everywhere with you. The Yeti Pro does at least make some concession when it comes to bulk – you can either fold it in on itself or remove the stand as there’s a standard 5/8in microphone stand thread on the bottom of the mic. Without the stand it weighs 550g and is around 19cm tall and 6.5cm in diameter – something akin to a 500ml can of beer. 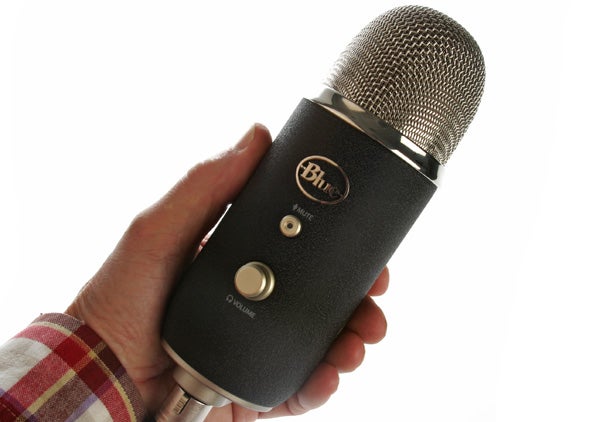 All that weight has benefits for build quality. To all intents and purposes the whole thing is made of metal so will withstand plenty of knocks. There’s also a tough, rough black finish to the mic body and the top of the stand’s base, which provides a good grip as well as scratch resistance. The metal used is so thick and sturdy you literally can’t flex any piece of it (not even the wire mesh covering the capsules), and there’s no give in the pivot mount for the stand. That is unless you unscrew the mounts to use the mic without its stand. 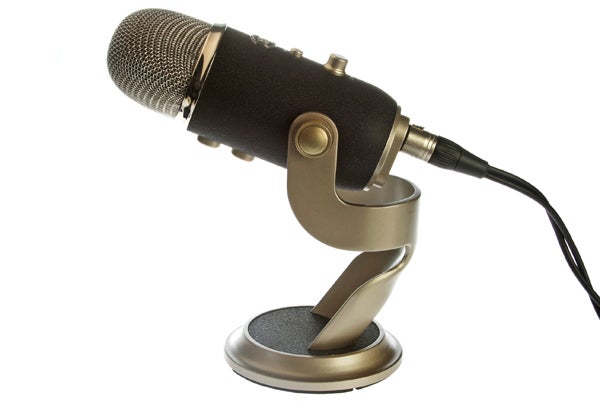 The stand itself only provides tilt adjustment so you will need to remove the mic and mount it on a proper stand if you want to adjust height without resorting to balancing it on copies of the Yellow Pages. On the base of the stand are three thick foam pads that provide a good firm grip on most flat surfaces and a modicum of vibration reduction as well. Again like the Meteor Mic, you’ll need to mount it properly if you want to completely avoid ambient noise.

The knobs for the mic mounts, along with the Mute button and various dials are the only plastic bits on show and though they feel relatively less satisfyingly hardy than all the metal bits, they’re all sturdy, responsive and easy to use. 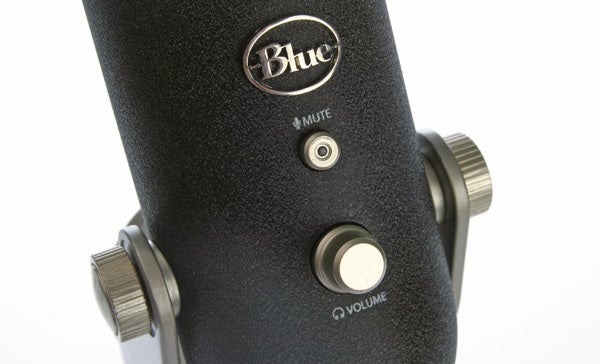 One oddity is the headphone monitor volume knob, which is of the infinite spin variety and is very stiff. This means you have no visual reference for the volume level and it isn’t a quick and effortless task to turn it to the right level. Conversely, the mic gain dial on the back is quite low resistance, and it has a very definite low and high point. 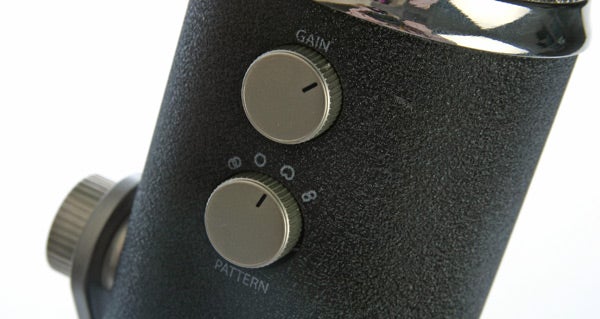 Below this is the pickup pattern selector dial, which is a very stiff, four-position knob used to change how the microphone listens to the world around it.

Microphone pickup patterns represent what directions the microphone can listen in and there are four main types; omnidirectional, bi-directional, cardoid, and shotgun. As you may have guessed, omni-directional mics can pickup 360 degree audio while bi-directional picks up what’s in front of and behind the mic (great for interviews). As for cardoid, it represents a forward facing directional mic but with a bit of leakage round the sides. Its heart shaped pattern gives rise to its name. Finally, shotgun mics are highly directional – yes, they’re the ones they use for survealiance.

The Blue Yeti Pro uses three condenser capsules (the actual parts that convert sound waves to electronic waves) to allow it to switch between some of these pickup patterns. You can choose from omni-directional, bi-directional and cardoid as well as stereo, that latter of which results in a sort of cross between an omni-directional and a cardoid effect, with the stereo imaging you’d expect of a two-channel setup.

Thanks to this diversity, the Blue Yeti Pro makes for a perfect all-purpose microphone for varied studio work. You can use the cardoid pattern to record vocals and individual instruments, then set it up in omni-directional or stereo mode to fill out the sound stage as the whole band plays. Or you can flip it to bi-directional and have an instant high quality setup for interviews or recording podcasts with multiple people.

Joining the stand mount on the bottom of the mic are sockets for the miniUSB connection that powers the mic and sends its signal to your computer, a 3.5mm headphone jack for real time monitoring (and high quality output from your computer as well) and the XLR output. The latter is accompanied by a Y-cable that is used to either split the signal for when used in stereo mode, or you just use one of the channels when using any of the other mono modes. 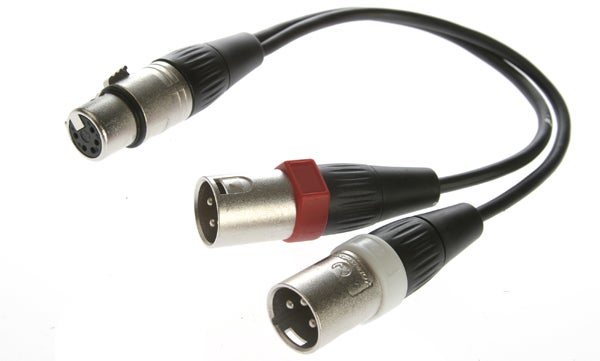 When using the XLR output, none of the other features of the mic work – it’s just a passive microphone – so it needs proper amplification, and monitoring should be done via your other equipment. Neither can you use both the USB output and the XLR output simultaneously. It’s also worth noting the Blue Yeti Pro doesn’t work properly on USB 3.0 ports, and nor can it work with the iPad as it draws too much power. 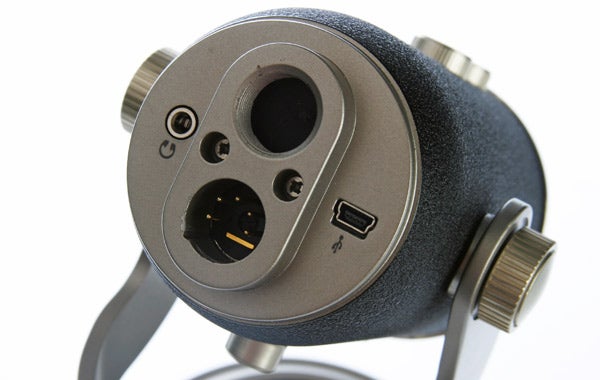 Setup of the Blue Yeti Pro isn’t as simple as for the Samson Meteor Mic, at least on Windows machines, as you must download (yes, you ”must” download it as there’s no copy in the box) a driver from the Blue Microphones website and install it before plugging the mic in. Thankfully, unlike some similar products we’ve reviewed in the past, plugging in the mic before installing the driver doesn’t cause Windows to subsequently fail to install the device properly. Macs apparently get the privilege of having the device install without extra drivers but it failed to install on our test machine (MacOSX Lion) and we couldn’t find a driver on Blue’s website. 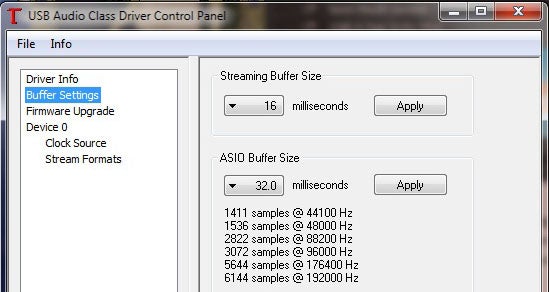 There’s a reason why this mic requires more than just a bog standard USB audio input driver on Windows and it’s because the driver software allows you to adjust parameters of the mic. You can change the buffer settings (choosing from 1 – 32 milliseconds) as well as ASIO buffer settings (17.6 – 64milliseconds), update the firmware and adjust volume levels for the input and output channels. There’s also a program called TUSBAudio Spy Tool, which gives you access to really low level USB interface stuff – frankly, we don’t know what you’d use it for beyond reprogramming the thing and probably breaking it. 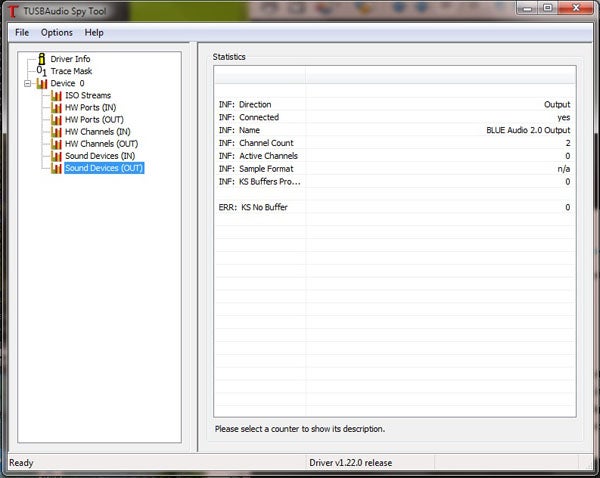 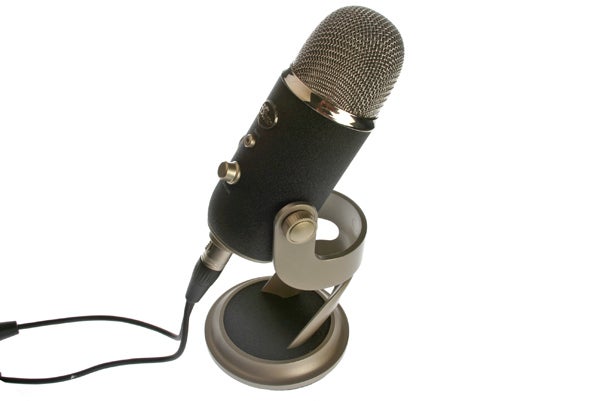 Once installed, the Blue Yeti Pro is a breeze to use and moreover it’s performance is excellent. As with the Samson, we tested using a range of acoustic and electronic instruments including guitar and piano as well as vocal work in a range of styles, and the results seriously impressed.

The level of sonic detail available is incredibe while the range is vast, with the lowest rumblings and highest highs reproduced fully and accurately. Frankly, for the SOHO applications this mic is intended for, it’s almost overkill. In particular, once you start cranking up the sampling, you end up with seriously large file sizes with arguably modest gains in performance. That said, it’s great to have the option there, especially as it’s beneficial to have as wide a sampling rate as possible to start with, before then compressing your music.

If you’re really looking for perfection in audio, then a standalone mic of the same price will deliver slightly better performance when accompanied by a quality ADC and other recording equipment. But that’s to be expected considering the extras you’re getting with this product.

The Blue Yeti Pro is definitely a bit pricey for hobbyists, but if you’re seriously into your home recording, or your small media business is looking to get the best audio for its recordings, then it’s a great purchase. It’s combination of easy plug and play USB connectivity, high bitrate sampling and multiple pickup patterns makes for a diverse and high quality product suitable for many different recording situations.