What are the Blue Ella?

The Blue Ella are high-end portable headphones that feature an amplifier built into the headset. They sport a futuristic look thanks to a multi-hinge frame that clasps around your head like an alien device.

Impressive as they are, the £675 price appears steep next to excellent rivals on the market from companies such as Oppo that are available at half the price. 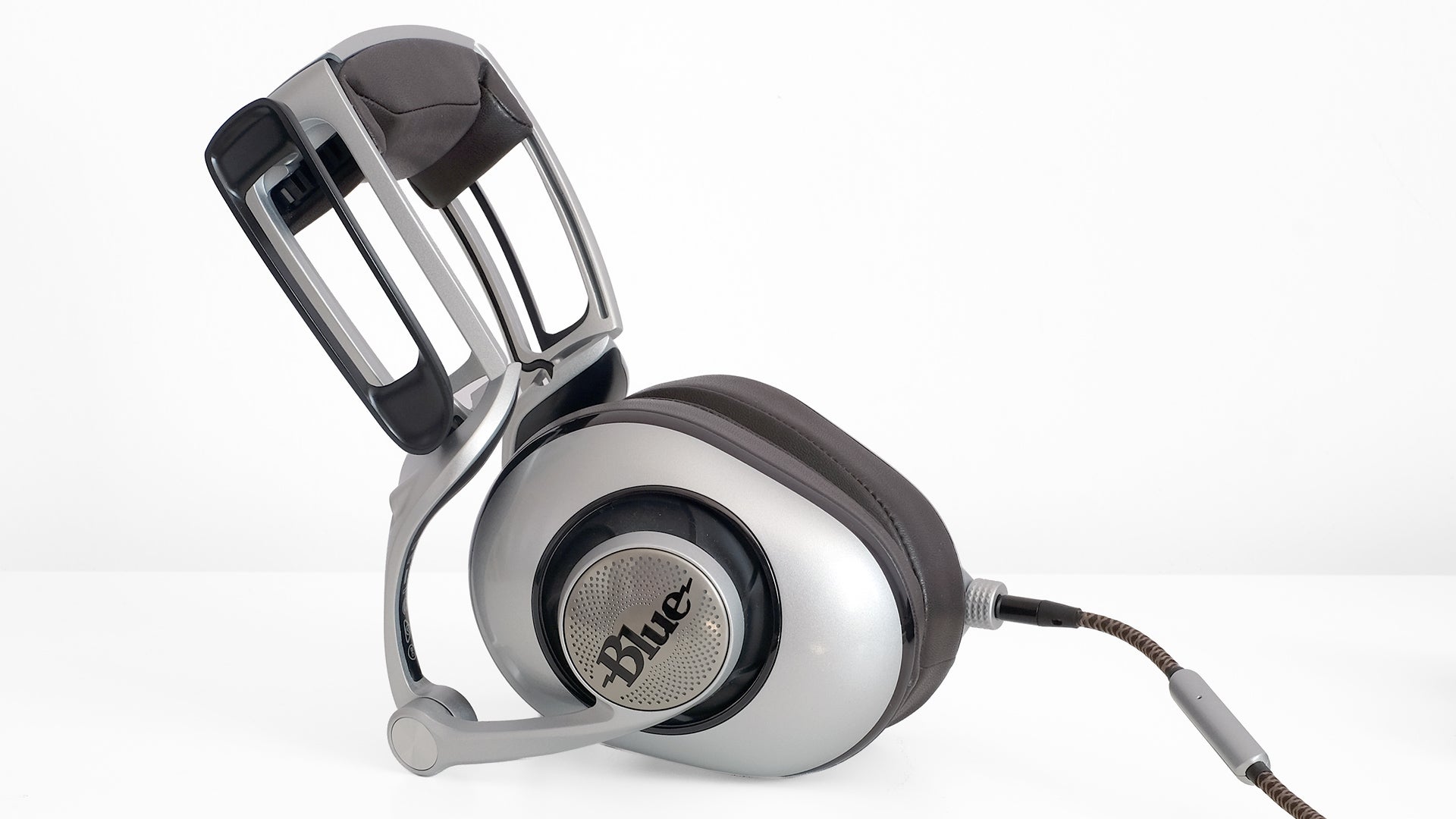 The Blue Ella are futuristic, alien-looking headphones. The cups have a similar retro flavour as Blue’s microphones, but the apparatus above them is rather different. It’s impossible to really appreciate how odd the Blue Ella’s headband mechanism is without seeing or feeling it in person. It’s like a manual robotic arm made to hug your head. 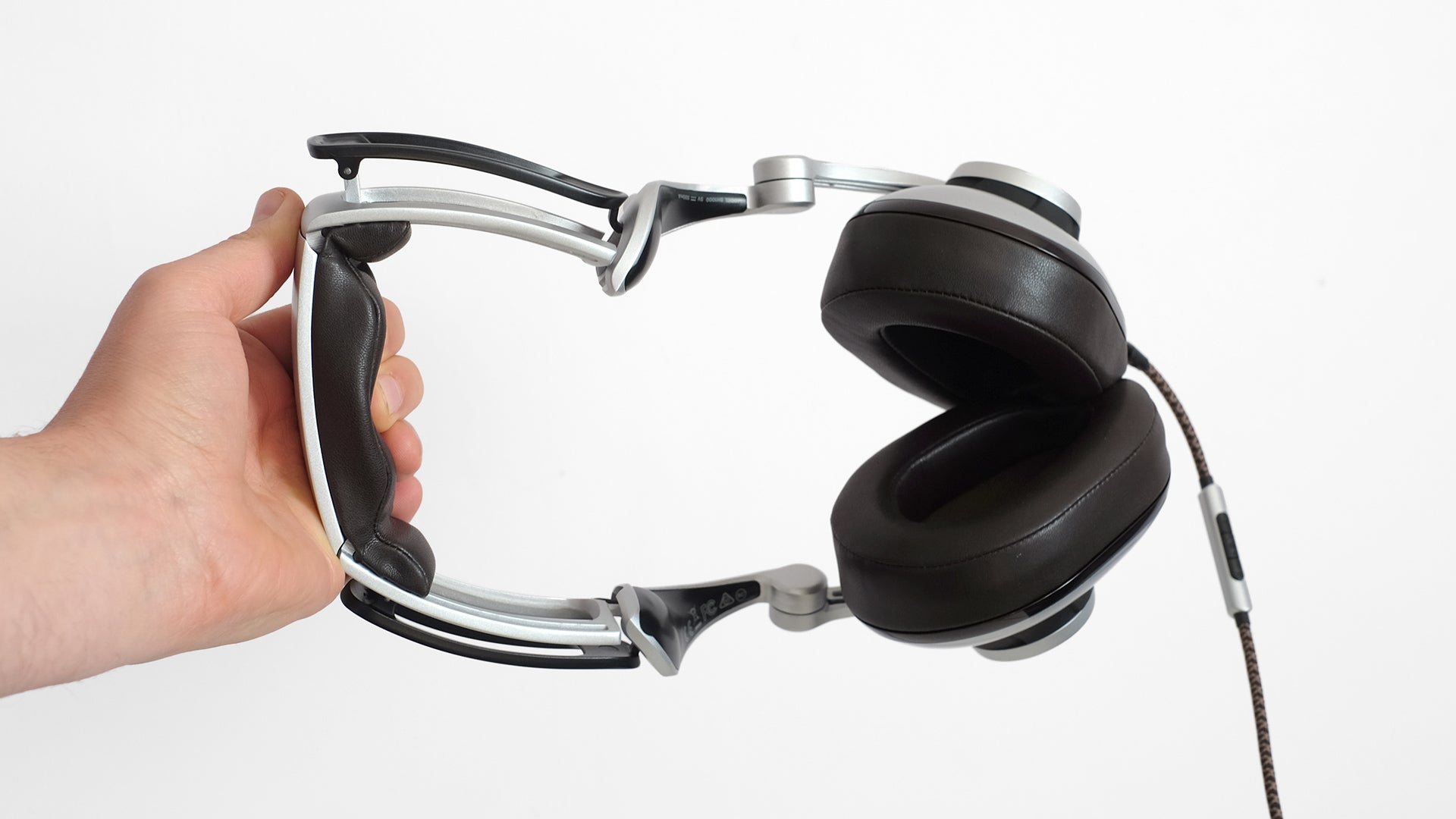 As someone who’s rarely experienced any comfort issues with full-size headphones such as this in the 10 years of trying countless pairs, the Blue Ella feel over-designed. But they do look cool – so long as you don’t want to wear them outdoors.

The headphones are quite bulky and heavy; and they’re not at all comfortable to wear around your neck while not listening, since the metal arms sit on your collarbones. The Blue Ella are planar magnetic headphones, many of which aren’t particularly portable – but the Oppo PM-3 and Audeze Sine certainly are.

Personally, I wouldn’t buy these as a portable option, but Blue has other ideas. As well as including a long cable, which you might use to plug into a computer or AVR, there’s a shorter one, too, with a three-button remote made for use with iPhones.

Other accessories include a grey fabric bag, a USB charge cable and a 6.3mm adapter. All the cables have a funky fabric sheath that looks and feels good. 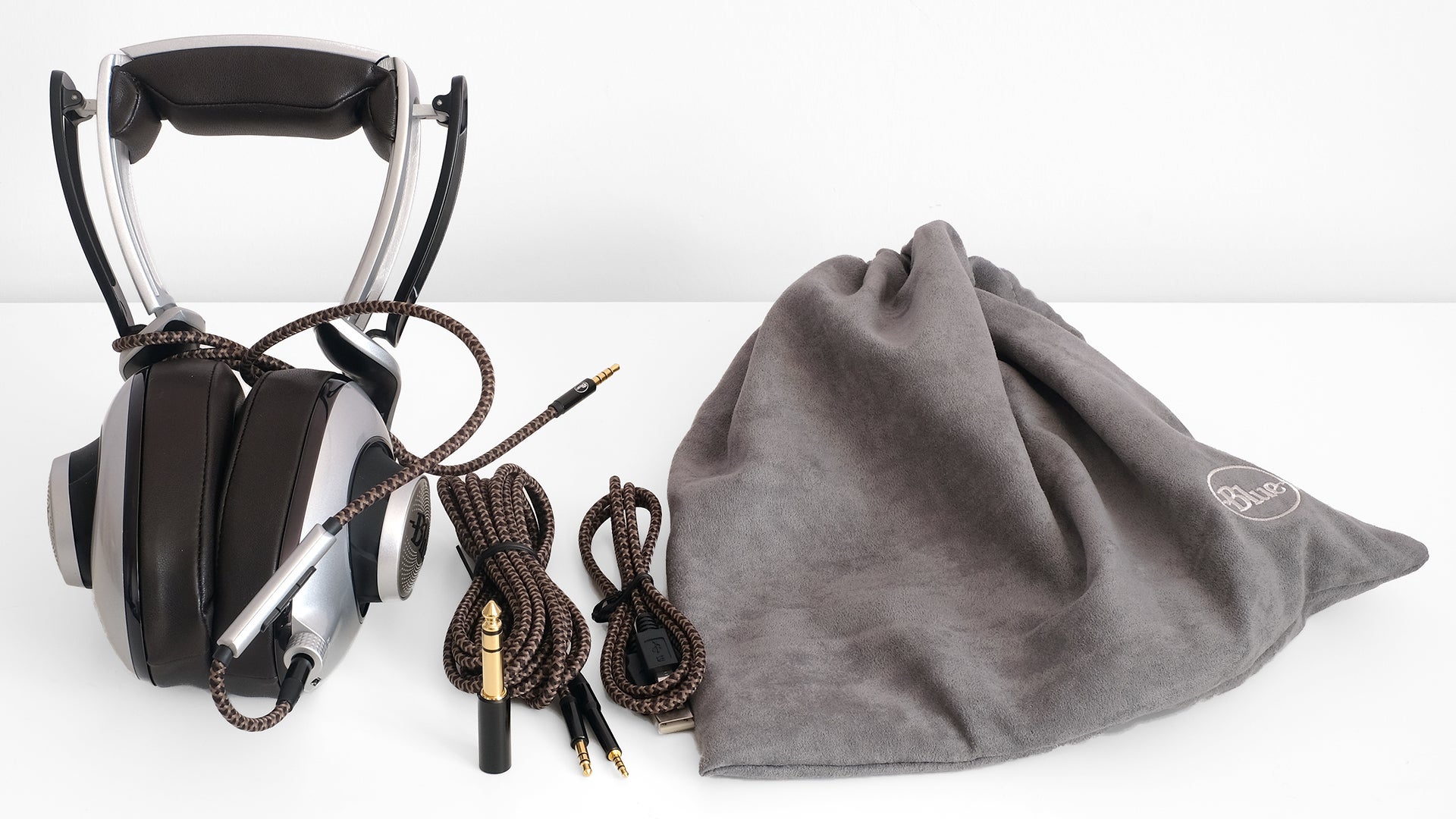 So what about the headphones themselves? The frame is metal, with the cups covered by some form of laminated plastic. Their padding uses synthetic leather rather than real leather, but it’s of good quality.

These are closed-back headphones, which Blue says is to give you the “truest sound reproduction” – a little amusing when you consider that almost all ultra-high-end headphones are open-back. Nevertheless, it does at least mean you can wear the headphones in the office or outside without any major sound bleed. As much as I wouldn’t choose to wear these headphones on my daily trip to Tesco’s, the Blue Ella are technically “go anywhere” headphones.

For all their techy-looking style, there’s only one extra feature here: a built-in amp. There’s no wireless or active noise cancellation. 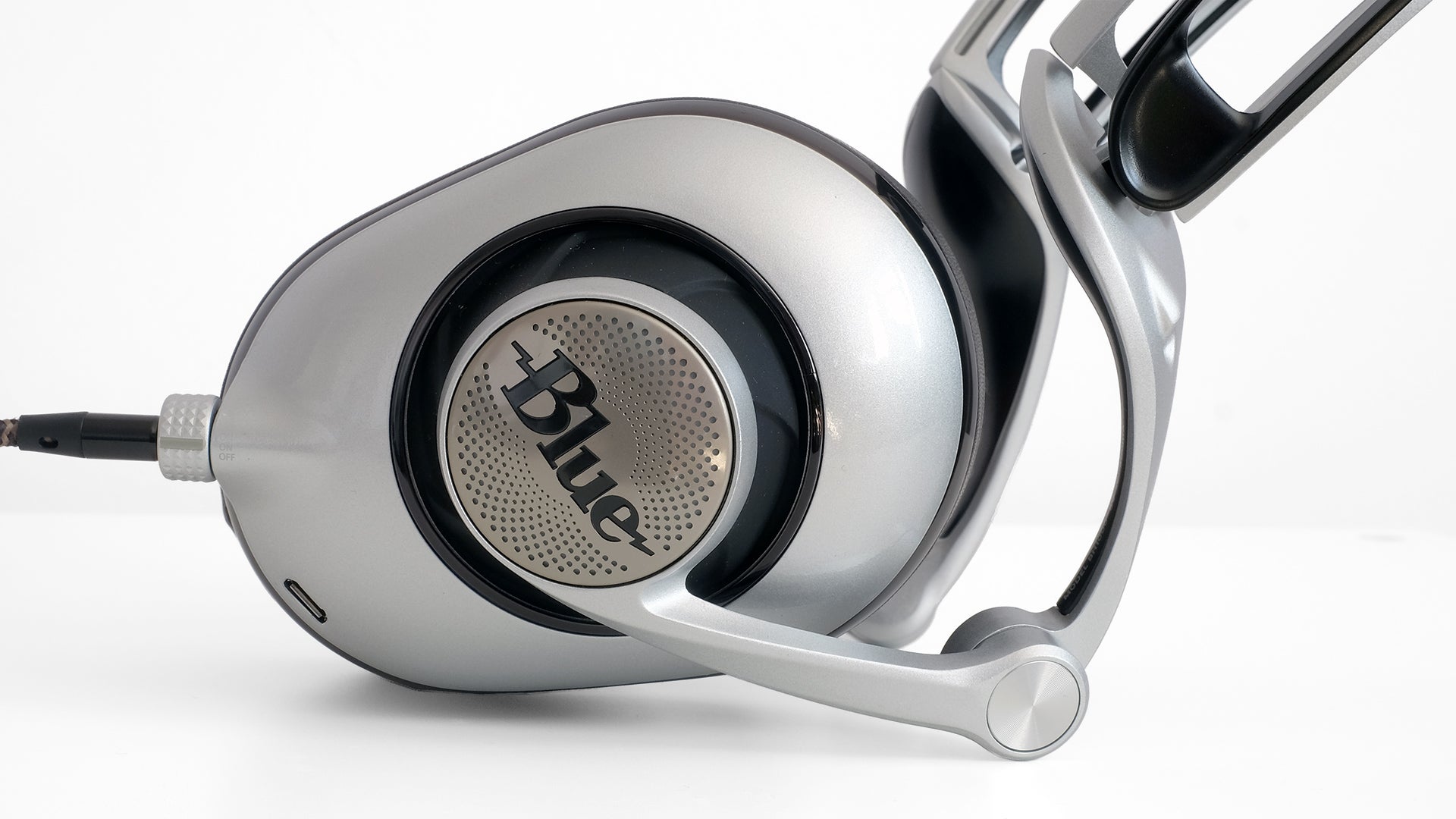 The Blue Ella has a 250mW amp, charged via a micro-USB port on one of the cups. For a bit of context, 30mW is a bog-standard output for a phone’s own headphone amp, although you’ll almost never see these figures on a handset’s spec sheet.

You’ll get 12 hours of amplified use from the internal battery, and can continue with the amp switched off after that. However, if you’re using a phone then it will be too quiet to deal with anything but the quietest of rooms. And then I was still left wanting a bit more volume.

Even with the amplifier on, the Blue Ella aren’t going to detach your eardrums with their sheer volume. I can listen at full volume on a phone comfortably.

There are actually two different amp modes, controlled using a little dial that’s positioned by the cable connection on the earcup. The ON+ mode adds extra bass for an even weightier sound. 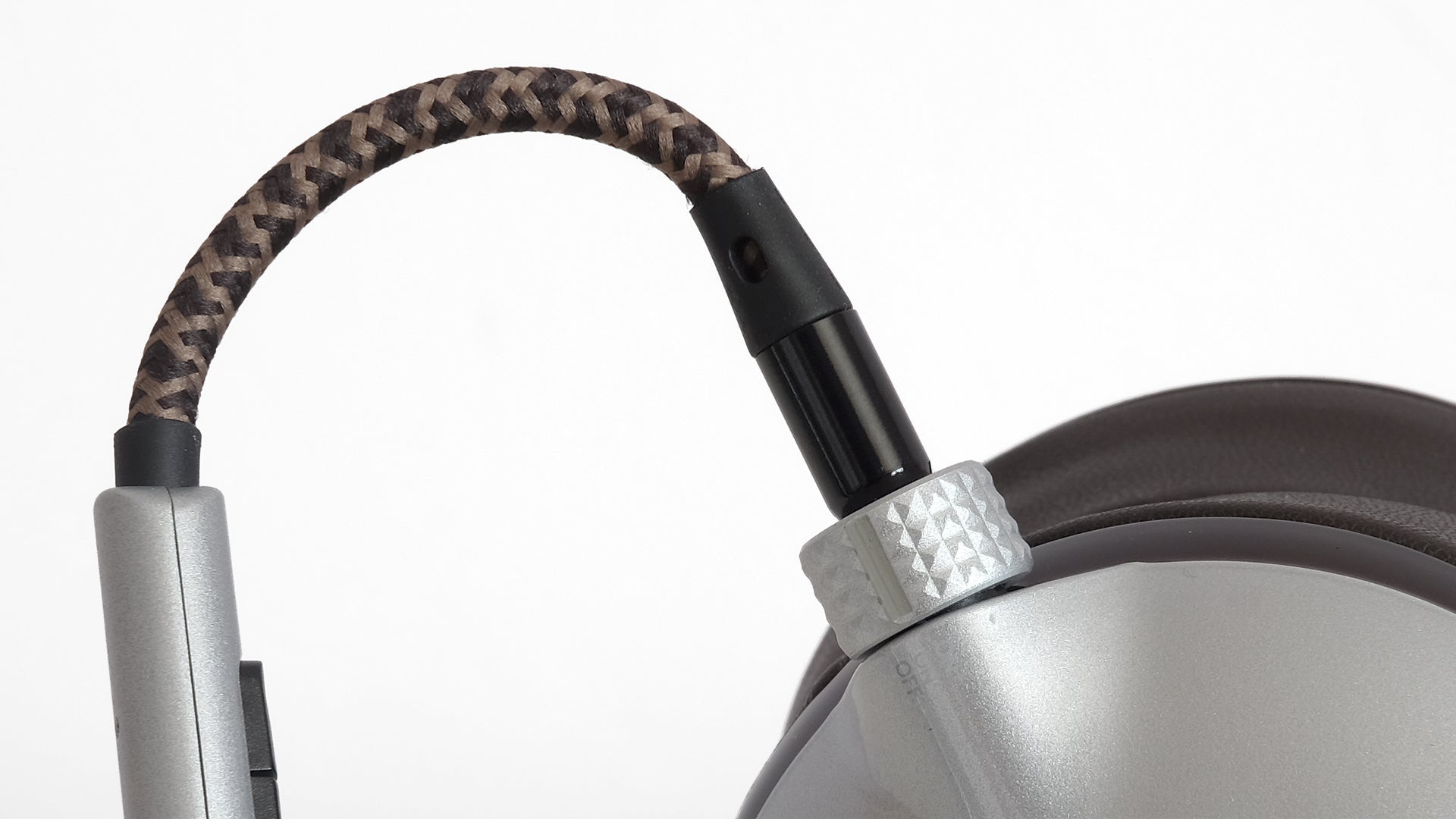 The Blue Ella are fantastic-sounding headphones. However, whether they’re worth the almost-£700 price is a tougher point to settle. As much as I like listening to these headphones, I find they lack the transparency expected of a headphone at this price in a few areas, particularly on engaging the amp.

This is based on the notion that if you’re spending £700 on headphones, then you’re likely to have a few audio snob genes in your make-up. Otherwise, why bother? Save the money for sweets.

What the Blue Ella do extremely well is to make music sound powerful and luxurious. They have hi-fi-style levels of detail, but all edges are smooth and the tone is so rich it might as well have been deep-fried in butter.

As part of this strategy, the treble can seem slightly tame, but on close listening it doesn’t lack detail. It just isn’t citrus sharp. 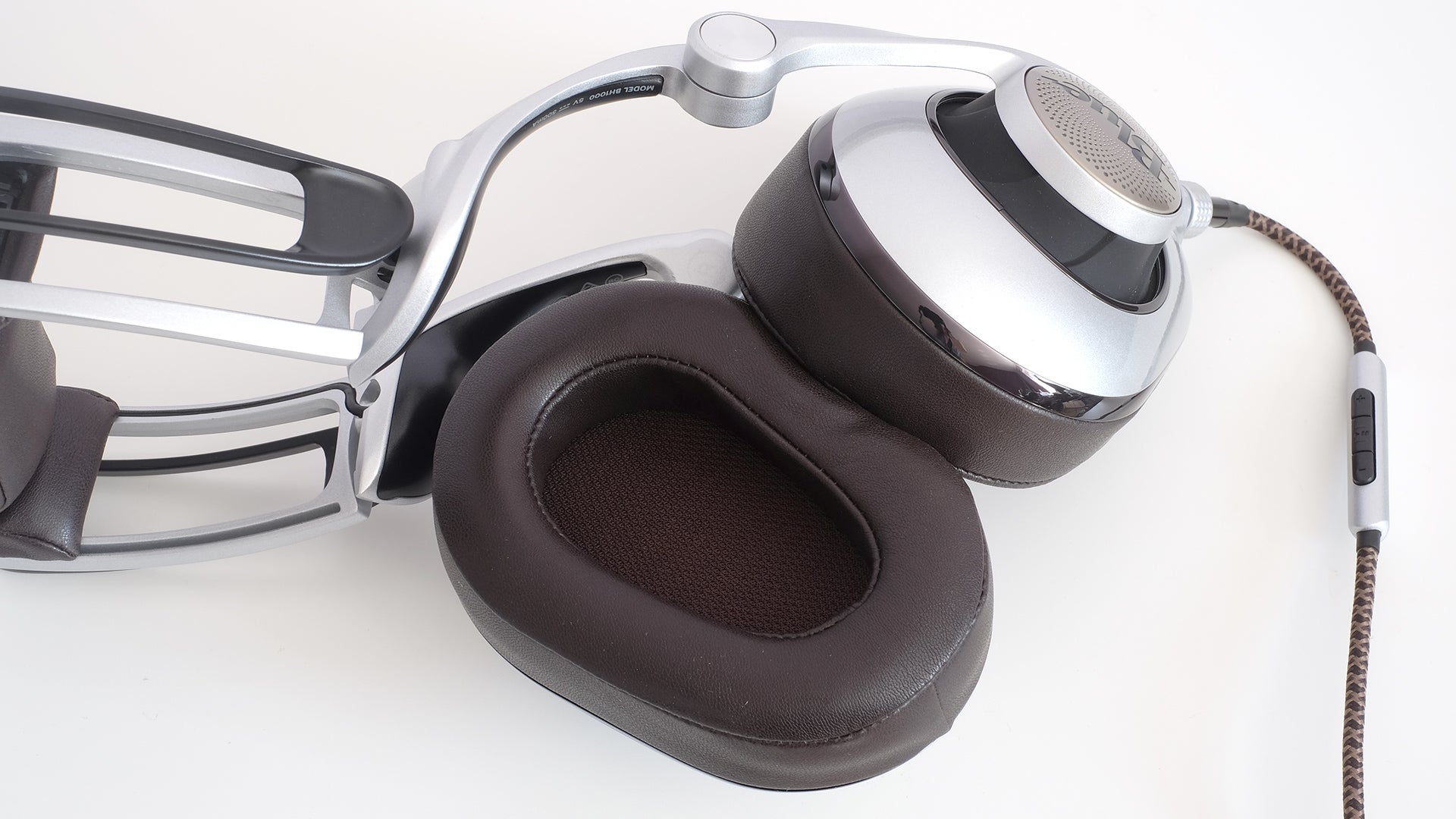 The aspect of the Blue Ella sound that I find the most impressive is the height of the soundstage. Vertical scale is seriously impressive, which both highlights and mitigates the slight lack of soundstage width. Part of this is down to the closed design; you need open earcup backs for the most wide sound. However, I’ve heard more expansive-sounding high-end closed sets.

What makes the Blue Ella sound more like unusually competent mass-market headphones rather than the audiophile-grade stuff expected at the price is their approach to bass and the low mids. Switch to the maxed-out ON+ amp setting and the bass is significantly overemphasised, like a high-end take on Beats. At times it borders on obnoxious, much as it is better than a simple bass EQ boost.

Switch to the normal amp mode and some of this low-end power is restrained, getting closer to the sort of bass you hear in great populist headphones such as the Sennheiser Momentum 2.0. It isn’t neutral, but it’s enjoyable and a big part of the Ella’s big, rich-sounding personality. 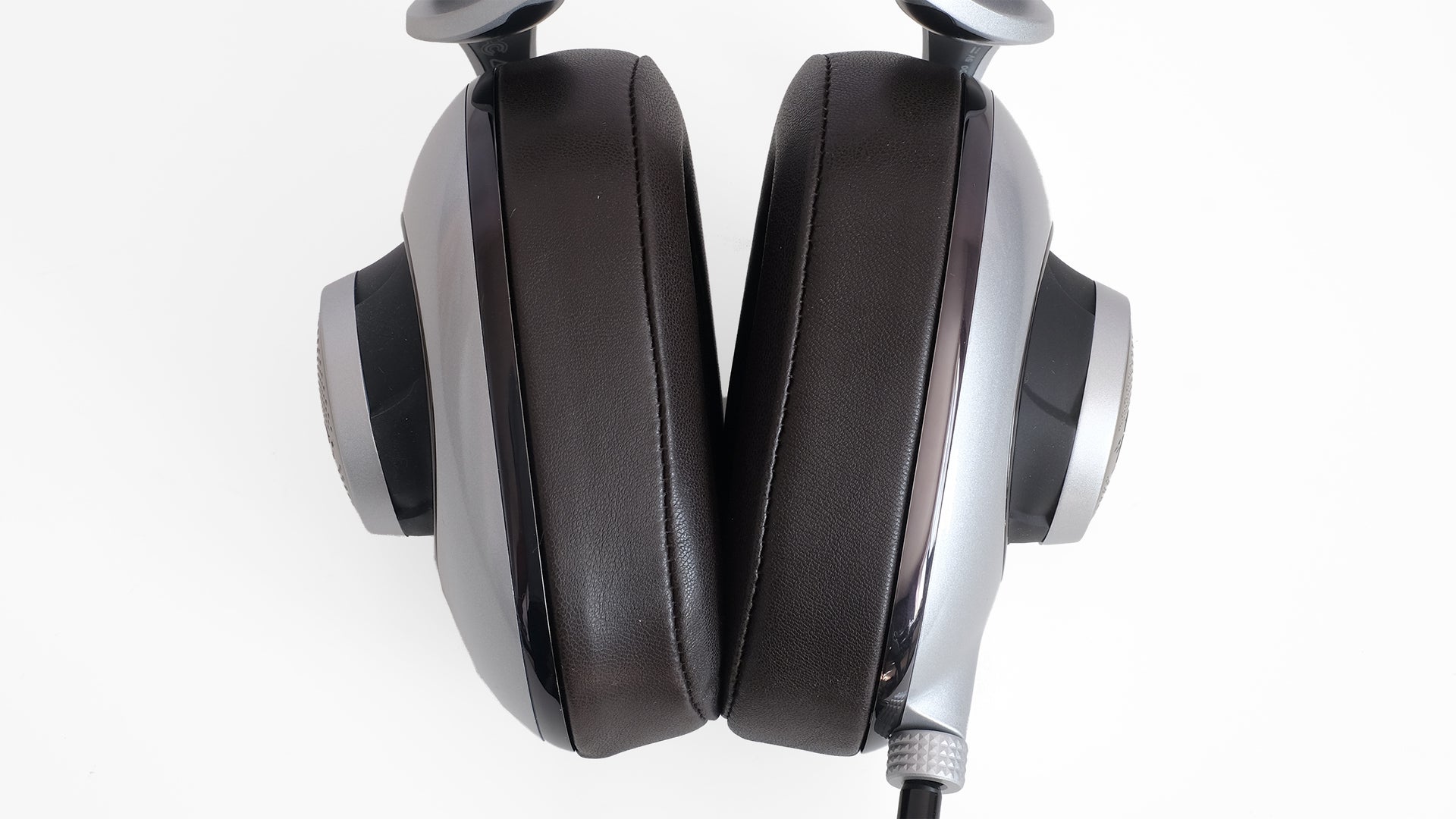 The aspect that keeps on catching my attention, and getting on my nerves, is the way the added mid-bass takes away quite a lot of the transparency of elements that sit in the mids, most notably vocals. They sit on a pillow of mid-bass, minimising the sense of space between parts of an arrangement in favour of fuller, thicker sound.

I actually achieved the best, most audio purist-friendly results from the Blue Ella by switching off the amp and using a separate headphone amp to properly power the demanding planar magnetic drivers. You then get the positive elements of the headphones’ tone while minimising the effect of the amp, which goes a bit too far in trying to make the sound indulgent. As in real life, too much butter is bad for you. 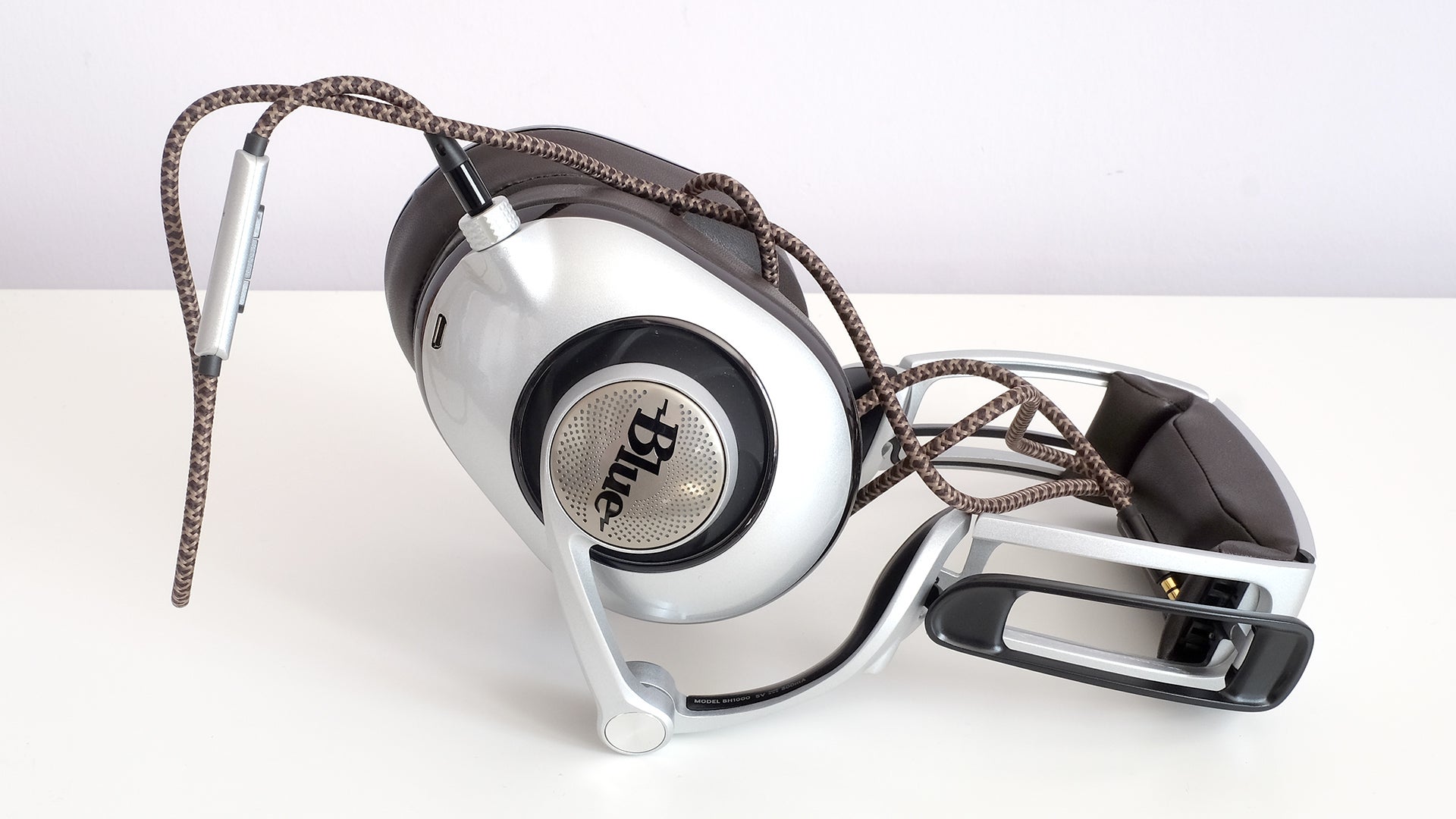 Should I buy the Blue Ella?

I can’t imagine many people disliking the sound of the Blue Ella, but at £700, they’re not for me.

Rising above £300 I expect a headphone to ace aspects such as transparency, dynamic range, detail and transient response. Like most planar magnetic headphones, the Ella deliver on a lot of these fronts, but the effects of the built-in amp seem much more concerned with the lower-brow aim of making the sound beefier.

For at-home listening there are many good open-back alternatives, such as the Sennheiser HD700 and Oppo PM-2. And for outdoor listening I find the Oppo PM-3 and Denon AH-M400 more comfortable – the Blue Ella sound isn’t far enough ahead to justify that vast gulf in price.

Great-sounding headphones, but the combo of high-end price and mainstream tuning is an awkward fit.