While the Vivo 6 runs on Marshmallow out of the box, it isn’t an entirely vanilla affair. Thankfully, the tweaks have been well thought out and kept to a minimum. Existing Android users won’t feel lost, but a few things will look different.

For example, the Vivo 6 uses the standard Android notification bar at the top of the display. However, rather than also displaying access to the quick tools, these can be found with a swipe up from the bottom of the display. It’s a minor change, but one that makes sense on a phone with a 5.5-inch display, since it means you don’t need to stretch your thumb to the top of the display to change settings. 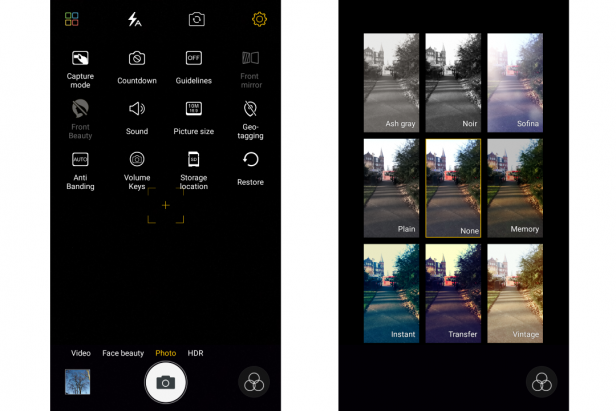 The majority of the obvious changes to stock Android come in the form of additional customisation options and tweaked menus, rather than delivering completely overhauled apps and service. The Theme Park app, for example, lets you quickly apply different themes and wallpapers across the phone in only a few taps, and change the appearance of the Blu clock.

Similarly, the Chameleon feature styles different elements of your phone and theme to specific colours that you set using a colour-dropper. You can pick any image or background to use as the source of the colours and the rest of the OS will be  themed around your choices. Moving apps around and cleaning up all the icons in one tap is possible by long-pressing anywhere on any of the homescreens.

One thing that’s likely to annoy dedicated Android users is the removal of the app drawer, which means you’ll need to keep your apps organised on the desktop. One thing you won’t find on the Blu Vivo 6 is an excess of bloatware or niggling prompts to install other Blu (or partner) apps, which is refreshing for a customised UI. 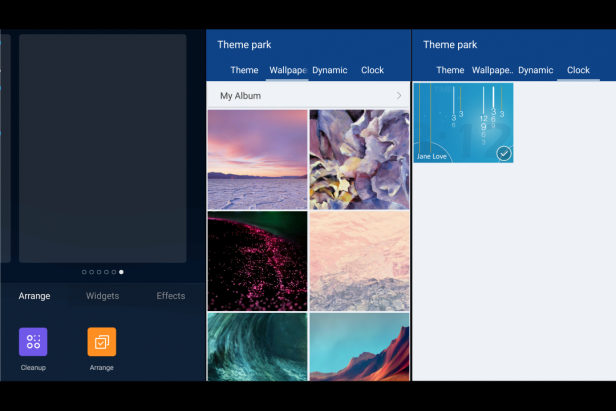 What you will get, however, are a couple of additional battery modes aimed at making the device last longer, plus some additional screenshot tools.

In my experience, “extreme” battery-saving modes often disable too many options but are a viable option if all you need to do is make sure your phone stays alive long enough to receive or make that important call. As you’d expect, enabling this on the Vivo can extend battery life dramatically, depending what you choose to turn off. 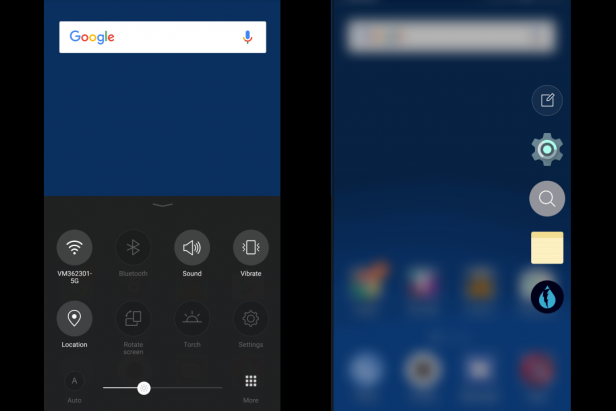 On the rear of the Vivo 6 is a 13-megapixel, f/2.0 aperture, Sony sensor-equipped camera that doesn’t sit quite flush with the rest of the chassis if you’re not using a protective case. However, our review unit came with a transparent case in the box, which stopped the worry of scratching the sensor each time you put down the phone.

A few additional tools are included on top of the standard shooting modes, including a “magic focus” option that lets you refocus an image after shooting, some “beautification” options that smooth your skin on selfies, and a smattering of live filters that can be applied to an image pre-shooting.

The camera can even capture HD video, although we wouldn’t attempt this in anything but well-lit surroundings – it’s still a budget snapper.

Still photos do better than video in most conditions, and phase detection autofocus and laser focus ensure that images are captured quickly; there’s no lag between pressing the shutter button and capturing the image.

As is the case with the majority of smartphone cameras, in bright conditions the Vivo 6 can deliver some decent images with excellent colours and shadow detail. In less ideal conditions, however, images become noisy.

There’s also a tendency in some cases for the white balance to be slightly off, resulting in an “overblown” sky in some shots. Colour reproduction – in this case of some fruit – is good, however. 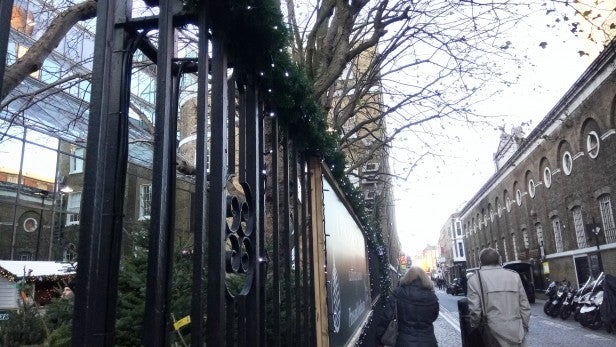 White balance can be off, resulting in overblown skies 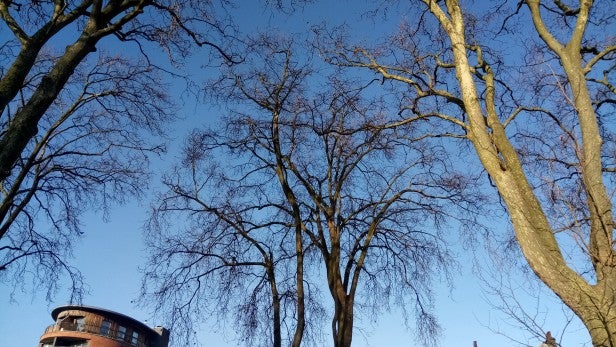 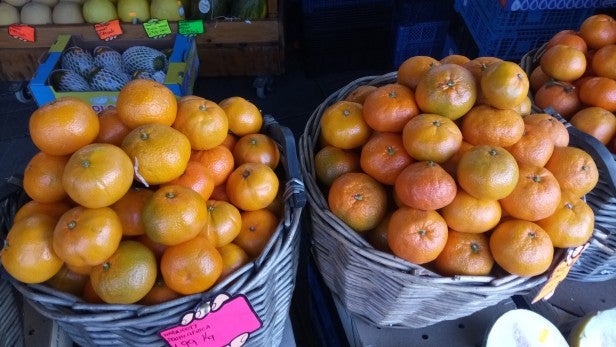 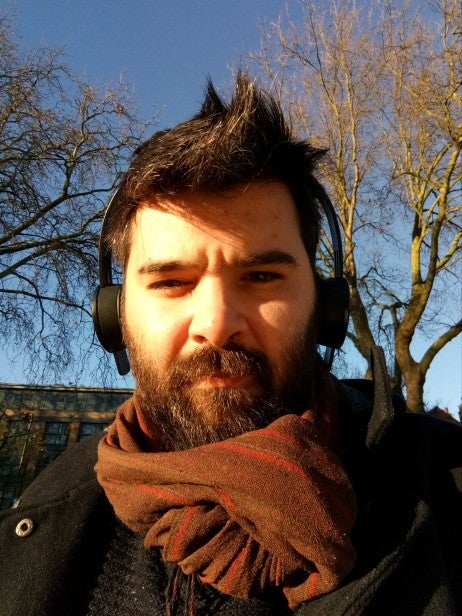 The 8MP selfie camera is good, if not excellent

On the front, the 8-megapixel camera for selfies and video calling works particularly well thanks to the loud speakers on the phone, providing you’re in a quiet space.

With the inclusion of the slightly duller than desired display, reducing power drain, the Vivo 6’s battery shouldn’t struggle. In my testing, however, the 3,130mAh battery didn’t last as long as I’d expected.

For example, watching an episode of Narcos on Netflix (on Wi-Fi), sapped around 11% of the battery, and 30 minutes of Spotify (with the screen off) reduced it by a further 5%. 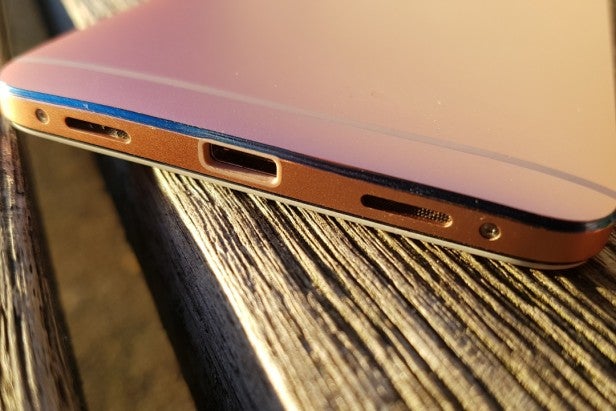 For average everyday use, the Vivo 6 should get you through the working day, but if you’re a demanding user who does everything via their phone, you’ll probably wish it lasted a little longer.

Playing relatively demanding games such as Micro Machines or Hitman for half an hour used the same amount of battery (11-12%) as less demanding games, suggesting the screen time accounts for nearly all the battery usage – as you might expect.

Charging to full took around two hours, with about 70% of that coming in the first hour or so. It’s a USB Type-C connector on the bottom, rather than a micro-USB, but the retail units bound for UK customers ship with a cable and UK plug in the box.

Should I buy the Vivo 6?

If you’re looking for a solid – if not stellar – Android smartphone that won’t break the bank, it’s hard not to recommend the Vivo 6.

Sure, the camera isn’t going to blow anyone away – but is remains perfectly acceptable for everyday shots. The slight dullness of the screen could put off some people, but for a handset costing less than £240, it’s hard to find competitors that offer the same level of specs.

For those happy to opt for a phone announced over a year ago, the OnePlus X is a relatively similar device. Or, if you want to spend even less money, the Wileyfox Swift 2 could also be in the running, although this would mean taking a cut in screen size –  as well as a maximum screen resolution of 720p, instead of Full HD – plus storage and RAM.

The audio performance, impressively accurate fingerprint scanner and ability to quickly modify the handset with some well thought out changes to the Android OS is a boon for a £240 smartphone. If you want an above average camera, however, you’ll need to spend a bit more.

The Vivo 6 offers an attractive value-for-money package to UK buyers, with its 5.5-inch HD display, strong hardware lineup and thoughtful OS tweaks. It isn’t perfect, though.