Bloodstained was part of that early wave of incredibly successful Kickstarter projects that seem oh-so rare these days. A rebirth of the classic Castlevania-style of video game brought to you by the man credited with playing a huge role in moulding the genre, Koji Igarashi, it’s understandable why this game had such huge backing. Now finally playable at E3 2018, it’s certainly showing promise, but after so much hype and carrying with it an equal expectation, it’s hard to see if the game will be able to actually deliver everything fans want.

Bloodstained is a 2.5D action-RPG in which you play as Miriam, an orphan subjected to experimentation which has led her body to begin crystallizing. This is the result of magic demon energy, which you’ll harvest throughout the game.

Graphically, RItual of the Night has a cool cel-shaded aesthetic for its foreground, which is bright and colourful and creates some cool combat effects. But this is at odds with its bland and lifeless background, the textures of which barely look like they’re of the previous generation, let alone this one. It seems that trying to launch the title across every console, including Vita, has hamstrung its visual fidelity, which is a shame. While it’s not hideous, Bloodstained certainly isn’t a stunning game by any stretch and basic at best. 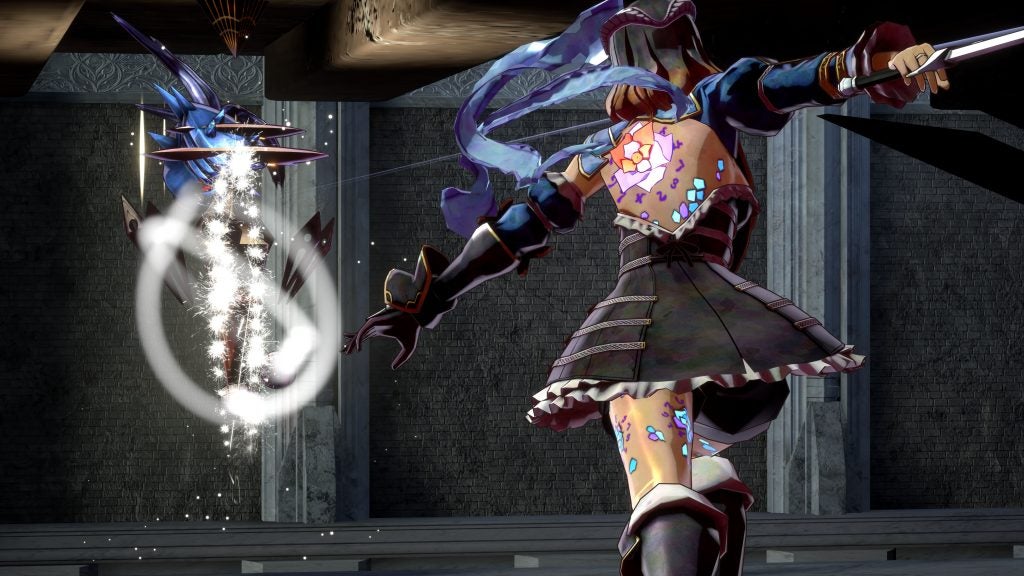 In the E3 demo, I got to play its opening stage and a very brief snippet of the crafting mechanics which are spliced between levels. This tutorial level gave a good insight into what Ritual of the Night is, and as a big Castlevania fan, had me very excited at what it could be at launch, if a little tentative about some of its clumsiness.

Bloodstained, rather than offer players a single weapon, allows you to pick up plenty of different ones throughout a level, all of which offer different attack patterns that will affect how you engage with enemies. Damage dealt, time of attack and range all factor in each weapon of choice, and experimentation is encouraged along with constant swapping depending on the enemy faced.

Along the way I got to try a rapier, a greatsword, boots and even an iconic whip, all of which had their different benefits and compromises. The greatsword, for example, was incredibly powerful and great as a method of crowd control, but it’s long charge time meant that nippier enemies had the advantage without efficient spacing. The boots, meanwhile, were great for jump attacks meaning these were great for winged enemies but had low damage so weren’t effective to use for prolonged periods.

One inherent downside of this is having to switch weapons in the pause menu, but it wasn’t frequent enough to be annoying, and often I changed weapons simply because I unlocked something new and shiny. 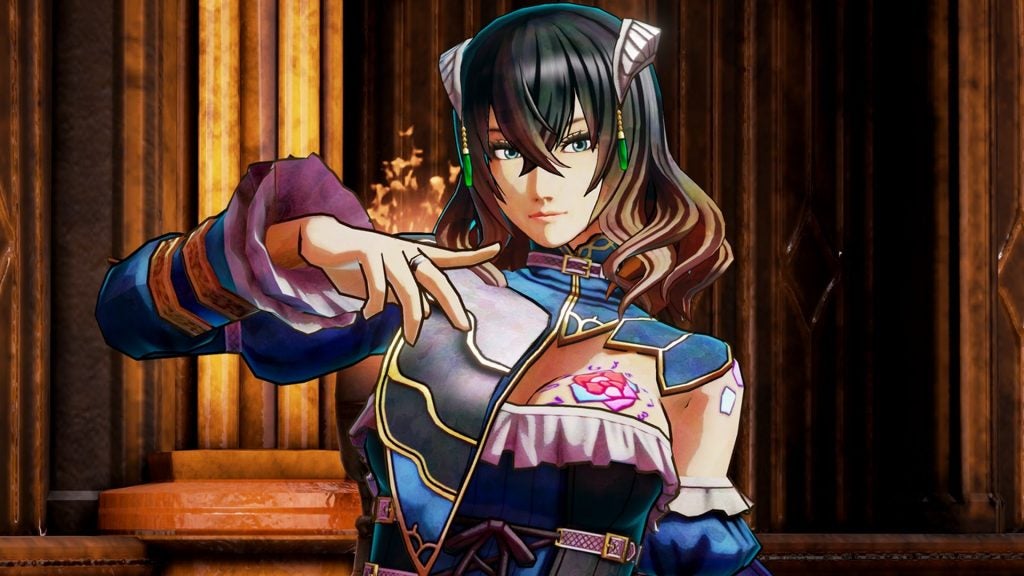 You also unlock new armour, which boosts your defences and other stats, but with the time constraints of this demo, I didn’t have time to pour over the menus and investigate everything all the new accessories did, on account of drops being incredibly frequent. But the frequency of new stuff meant battles were consistently rewarding, but once again did mean that a lot of time is spent in the pause menu, a trope that may become an issue over the course of the full game.

When you’re not in the pause menu, combat itself is fun for the most part. Enemy types are nice and varied and it certainly has Castlevania running through its veins. Enemies take advantage of your character’s inability to attack at all angles, coming in at 45-degree angles to force you to move around the screen and place a heavy emphasis on spacing and consider your attacks very carefully.

For those unfamiliar with Castlevania, the experience is likely to be jarring, though. The timing between your strikes feels just a little too delayed, meaning it can feel clunky. The lack of any combo system can make follow-up attacks feel slow, and almost as if the enemy is at an advantage after you’ve hit them, particularly as some can walk through your hits. When an enemy requires four or five knocks to go down, and walk through some to give you one of their own, it can be annoying.

Also, the only defence against encroaching enemies that eat your attacks and keep coming is to simply either run away or use an ineffective backstep. The reason that it’s ineffective is that, when used, it makes Miriam step backward from the way she’s facing. 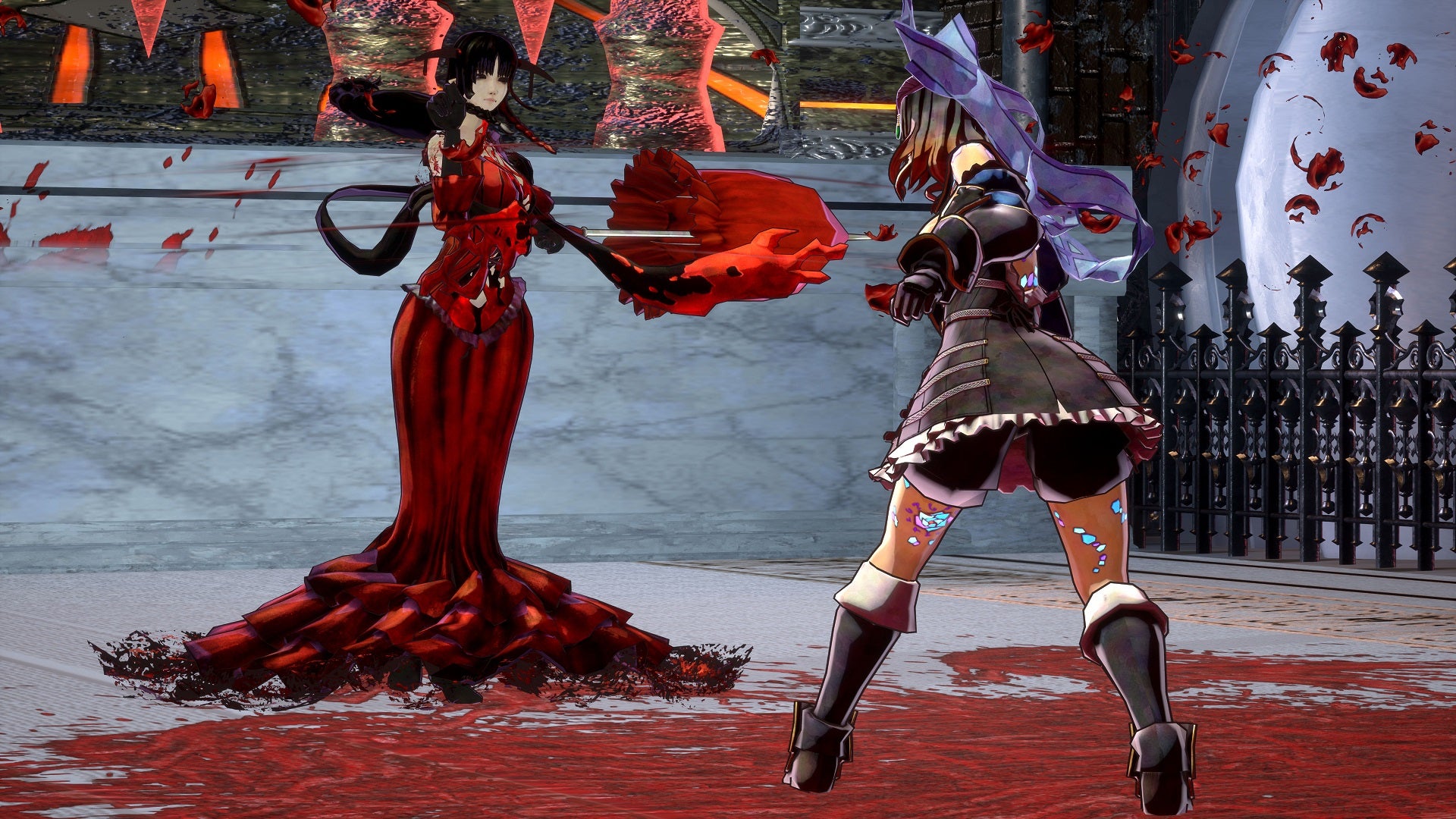 That sounds fine, but if you’ve already started running away from the enemy, the backstep would then take you toward the foe, rendering it useless. It’s these minor inconsistencies in the combat mechanics that make Bloodstained feel clunky, lacking a level of refinement that it’s competitors do, and why those deliver a level of satisfaction this currently lacks.

At random, when an enemy dies, they’ll drop a shard which Miriam will absorb, granting her a new magical power, which she’ll immediately equip. These add range to your arsenal and can be very useful in battle. Also knowing which ones exploit enemy vulnerabilities will be key. In the demo a few unlocked, but getting the opportunity to really deep dive into them was lacking, so I stuck with the trusted swords and whips.

While I’m certainly excited for Bloodstained, it currently has some mechanical inconsistencies that need to be ironed out in order for it to work as a true Castlevania-like experience. The enemies are fine, but the lead character and how she controls need a lot of work in order for the player to truly have all the tools at their disposal, rather than feeling like we’re constantly compensating for shortcomings.