A very cheap security camera, the Blink Mini gets all of the basics right and allows you to monitor your home without getting a flood of notifications. Its app is a little clunky, although has all of the features that you need. Free cloud storage is available, although this expires next year, so those that don't want to pay a monthly fee may be better off looking elsewhere.

There’s a growing market for cheap, entry-level security cameras that give you basic monitoring, and Amazon has joined the fray with its Blink Mini. Rather than being battery-powered, as with the other Blink cameras, this small cuboid is mains powered. It gives you all of the features that you need but there are a few caveats to this system, including free cloud storage that runs out next year.

Nobody particularly wants to put a small camera on display, so it’s good to see that the Blink Mini is so tiny. This little white cube (50 x 49 x 36mm) is discreet enough to tuck out of the way, so you shouldn’t have to see it. It ships with a neat bookshelf stand, which lets you angle the camera where you want, plus you can wall-mount the camera if you prefer.

Around the back is the proprietary USB input, which is used to power the camera. This plugs in securely, and the cable doesn’t pull the camera out of position, which is a frequent bugbear with cheap and light models that I’ve reviewed before. 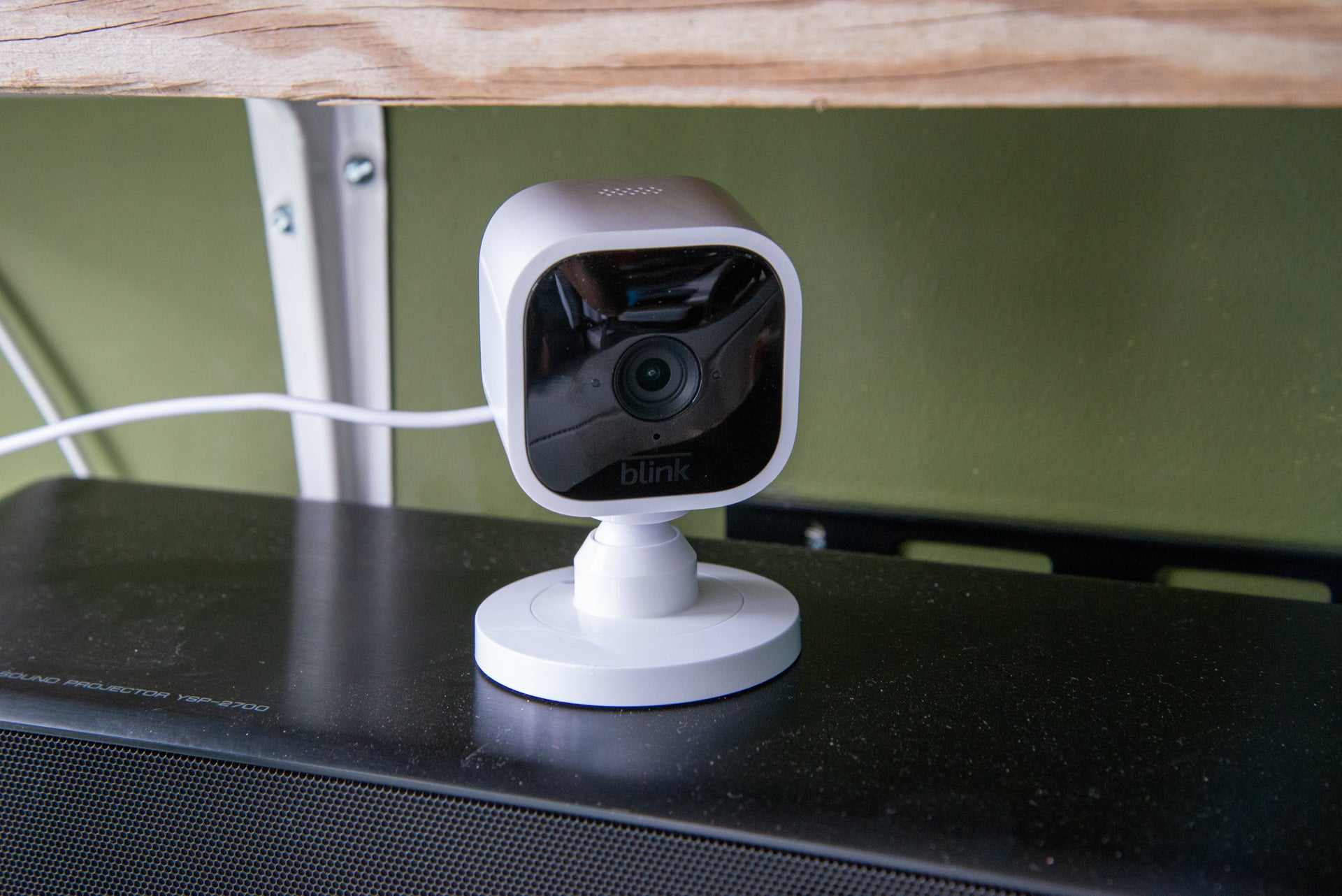 As with pretty much every smart device, the Blink Mini is configured through the Blink app. This takes you through getting the camera up and running and connected to your Wi-Fi network. All-in, it should only take a few minutes to do.

Once done, the app gives you a live preview from the camera. You’ll probably notice that your camera is called something strange. Mine was called G8T1-9400-0135-1J09. It’s only a little thing but it’s nice when a security camera system has the little touches, such as giving you the choice to give a camera a friendly name, such as, ‘office’. You can change the camera’s name manually, however,

It has to be said that the Blink app is rather clunky and looks and feels as though it was built by engineers who never quite got an experienced user interface team to look at.

Basic it may be, but the app gives you all the control that you need. From the settings menu, you can configure the motion sensitivity and retrigger time (how long after there’s motion before new motion counts again). You miss out on advanced features, such as only getting notifications when a person is spotted. 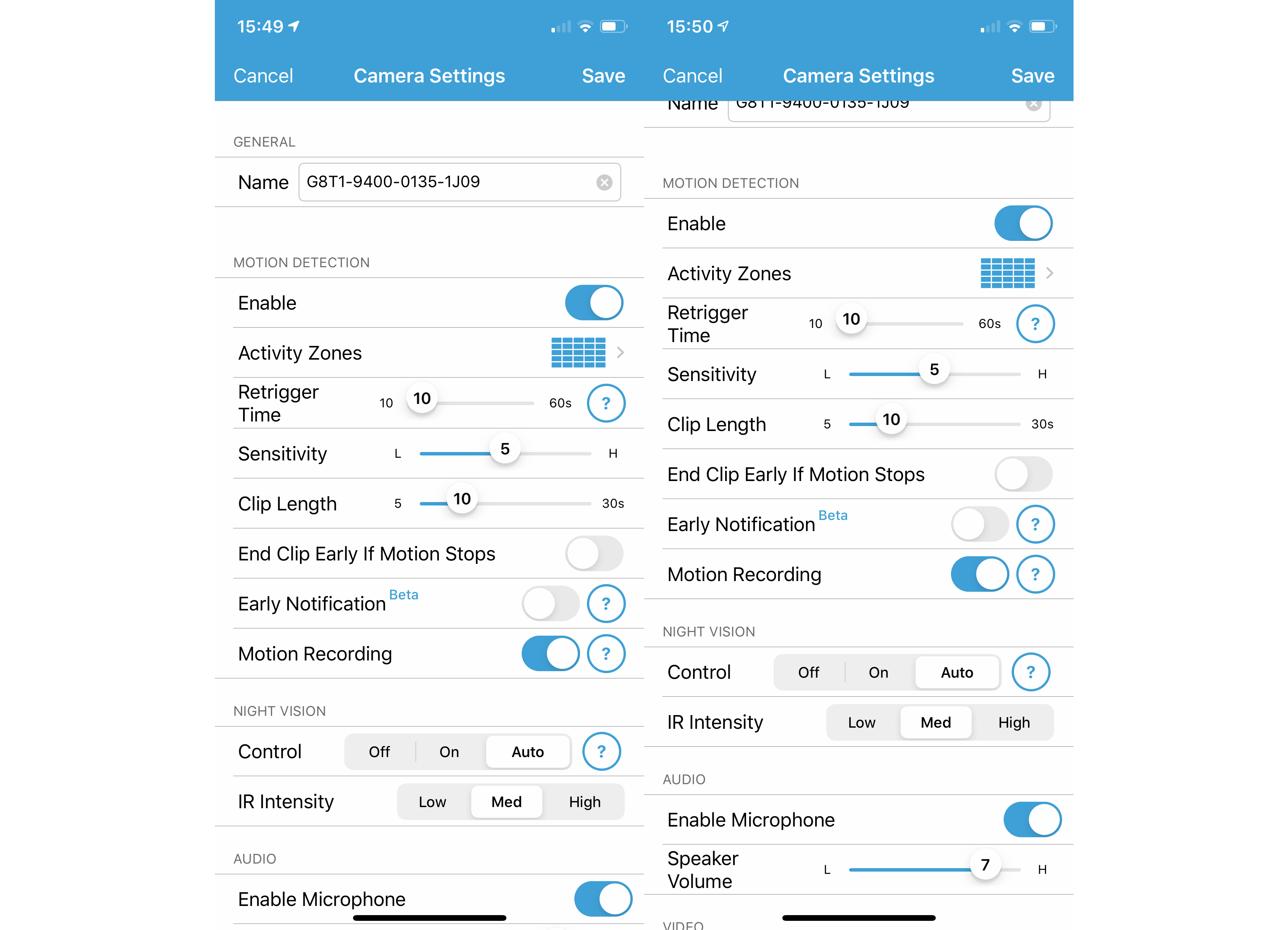 Activity Zones brings up a grid, where you can tap the squares that you don’t want to monitor for motion. This isn’t quite as neat as being able to draw boxes around areas that you want to monitor, but there’s enough customisation to focus on key areas and cut down on the number of notifications that you get. Overall, the camera wasn’t too notification happy and I wasn’t swamped with alerts. You can also arm and disarm the camera, cutting off recording when you want privacy. This can be done using the Alexa Skill, the switch in the app or via a schedule in the app. There’s no geofencing option, although you can build your own skill to do this using IFTTT. Alternatively, you can use IFTTT to respond to a button push, say using a Flic 2 button to turn your cameras on when you go out.

Notifications are sent to your phone when motion is detected, and video is automatically saved to the cloud. Amazon currently offers free cloud storage until 31 March 2021, after which a plan costs £2.50 per month per camera or £8 a month for unlimited cameras. You get 7200 seconds of cloud storage per account and can choose to auto-delete clips after three days, seven days, 14 days, 30 days or one year. Note that the oldest clips are deleted automatically if you run out of storage.

Blink is also launching the Sync Module 2 soon, which will cost around the same as the camera, but will let you record footage from up to 10 cameras to a USB flash drive.

If you don’t have any storage or don’t pay for the cloud, then the cameras will notify you of alerts but nothing will be saved. Viewing clips is rather basic, with simple thumbnails for each clip and the ability to filter by camera. All clips can be downloaded to your phone for offline viewing. 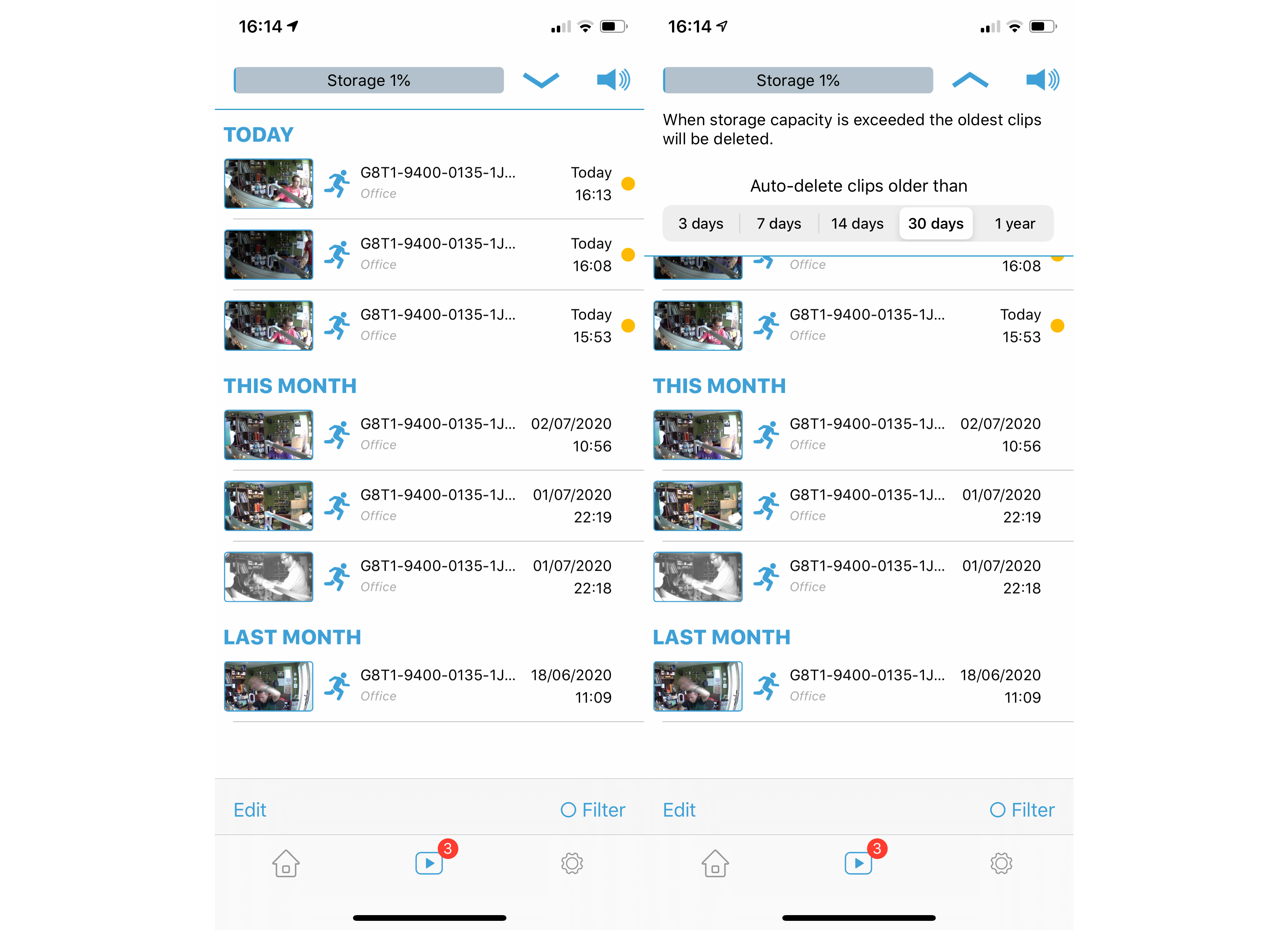 You can also view your camera live and speak to a person on the other side with the two-way chat feature. The Blink Mini’s speaker is a little basic but it’s loud enough that people you can see will be able to hear what you’re saying. 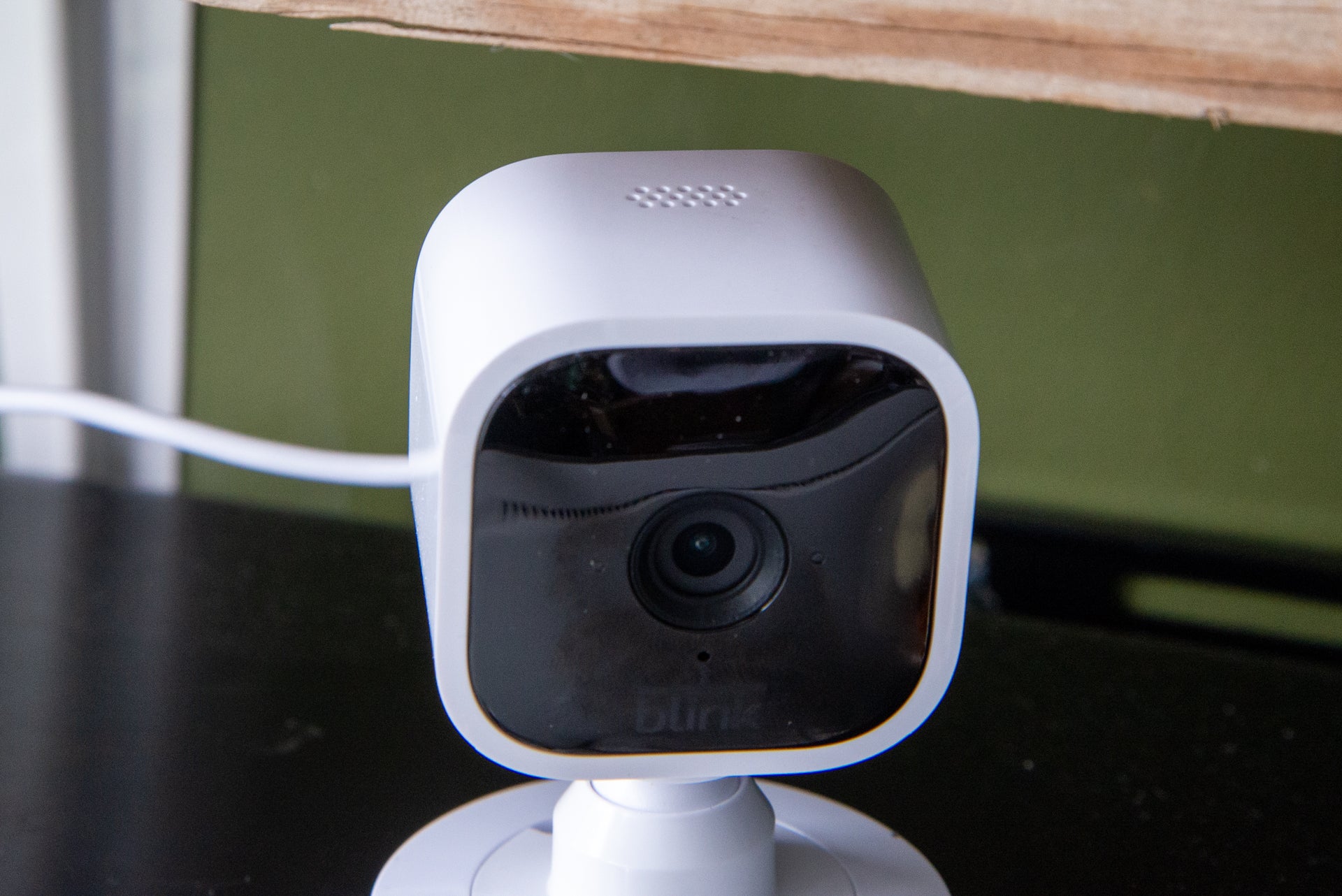 The Blink Mini has a 1080p video sensor and 110-degree lens, which is enough to capture most of a room. Image quality is pretty good. The camera tends to blur things out in the background, and parts of my test footage were a little blown out in places. However, faces were clear and easy to see, even if a little soft. 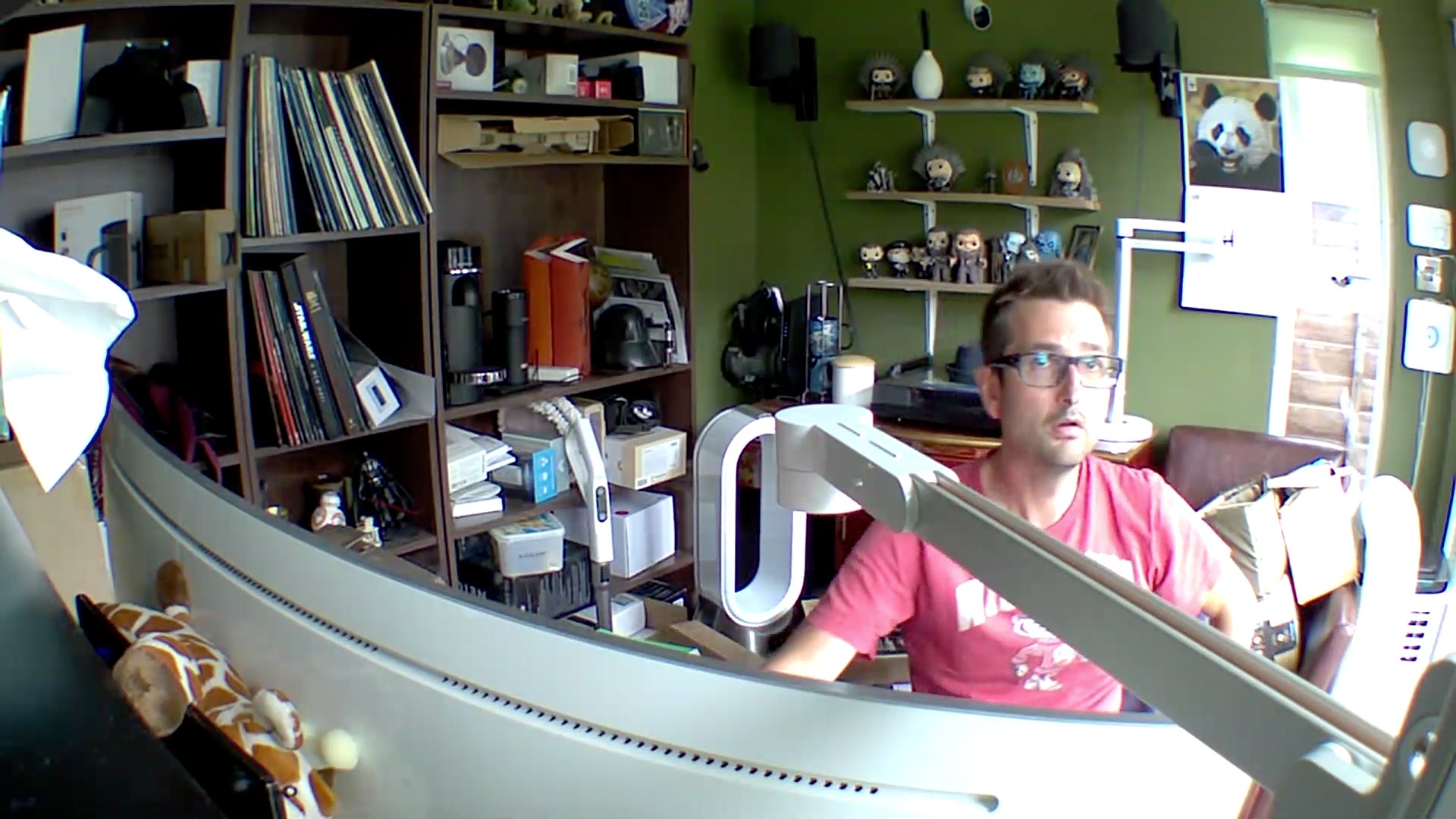 At night, the camera uses its IR LEDs to light up the room. This softens the footage even further, and it’s hard to work out details in the background at all. However, close up, you can find a frame where a person is in sharp enough detail to see properly. 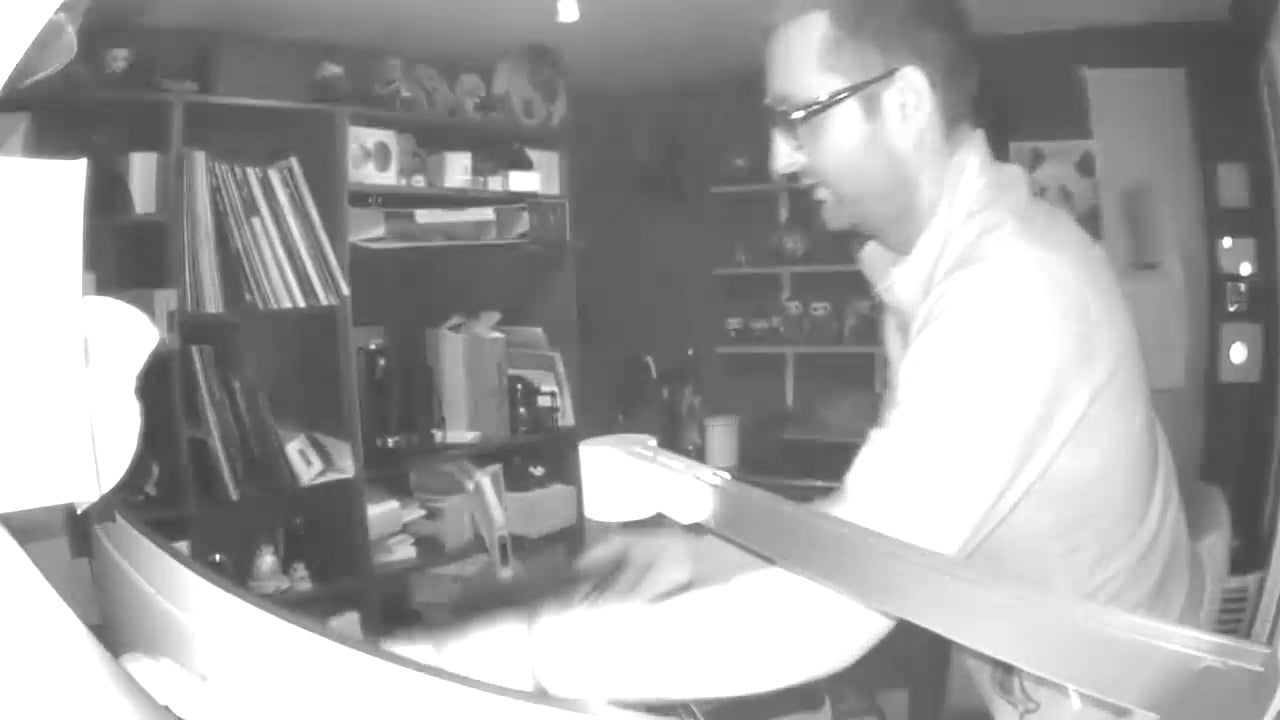 You set the camera up and get it ready to record when it picks up motion and that’s it. This kind of simplicity makes this camera quick and easy to use.

It’s not the easiest of cameras to use, and the app feels very clunky at times. If you want more control, then look to the competition.

There was free cloud storage, but now you have to pay to save video. If you don’t, then the camera’s not very useful.

How many Blink Mini cameras can I add?

You can add as many as you want to Wi-Fi; if you use the Sync Station 2, you can add 10 cameras.

Can you use Blink Mini without a subscription?

You can do, although if you want to record video, you’ll need to buy the Sync Station 2.